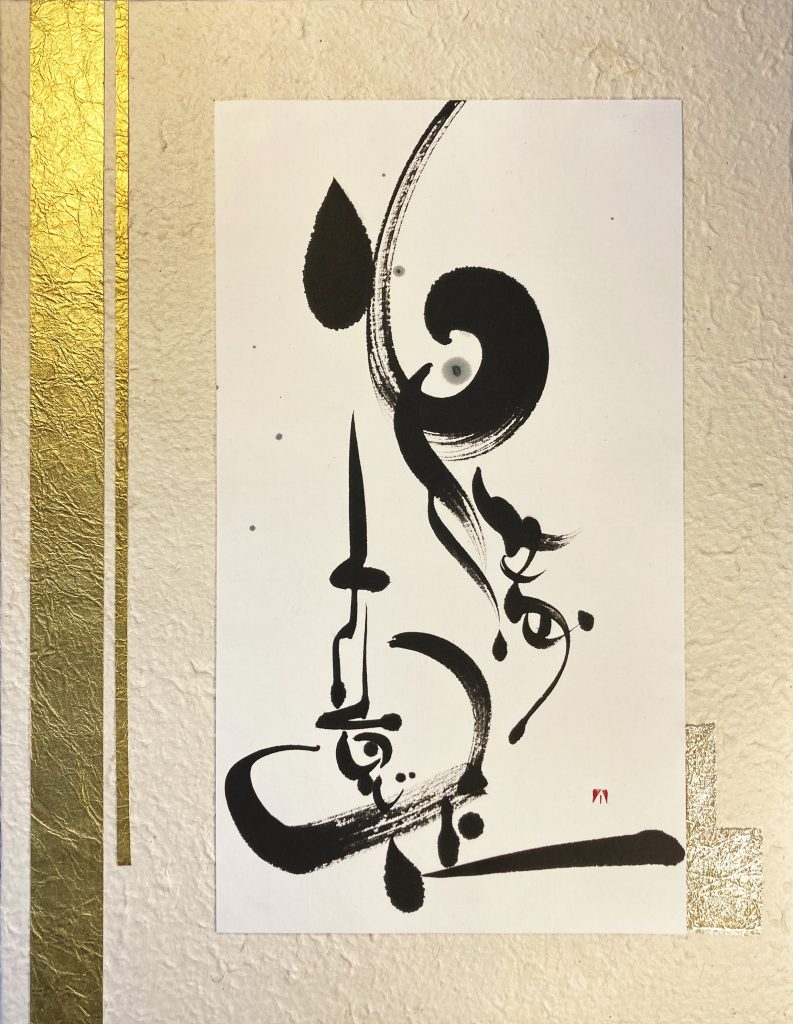 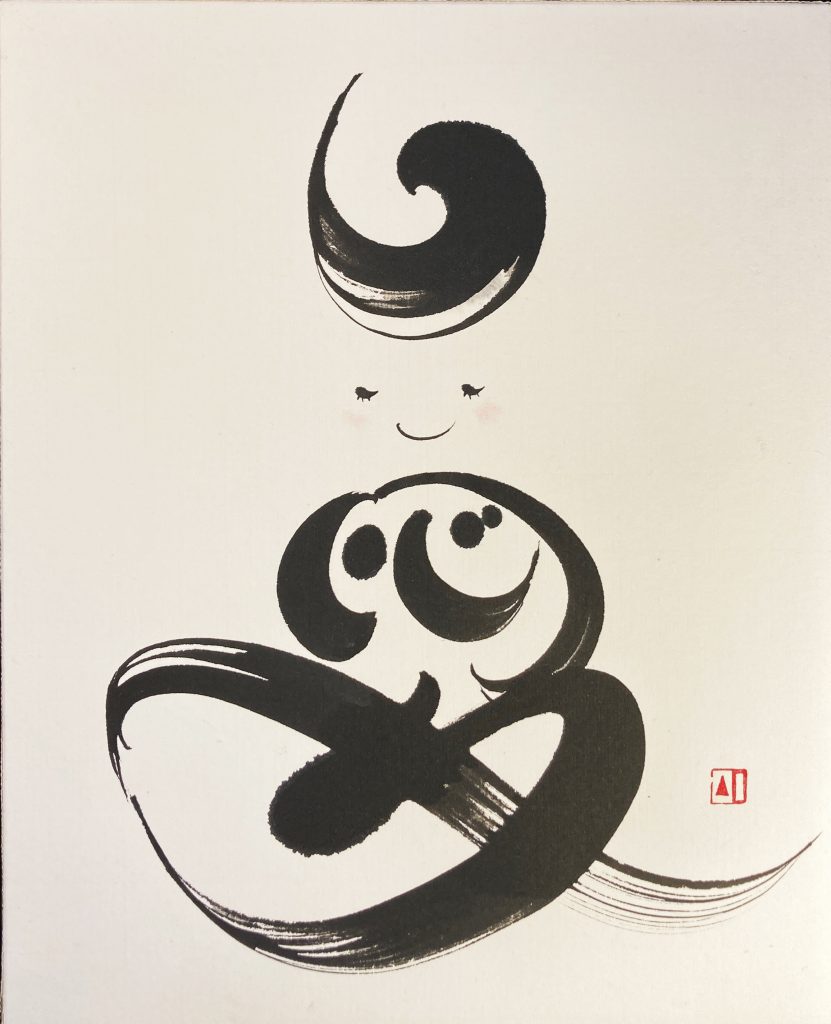 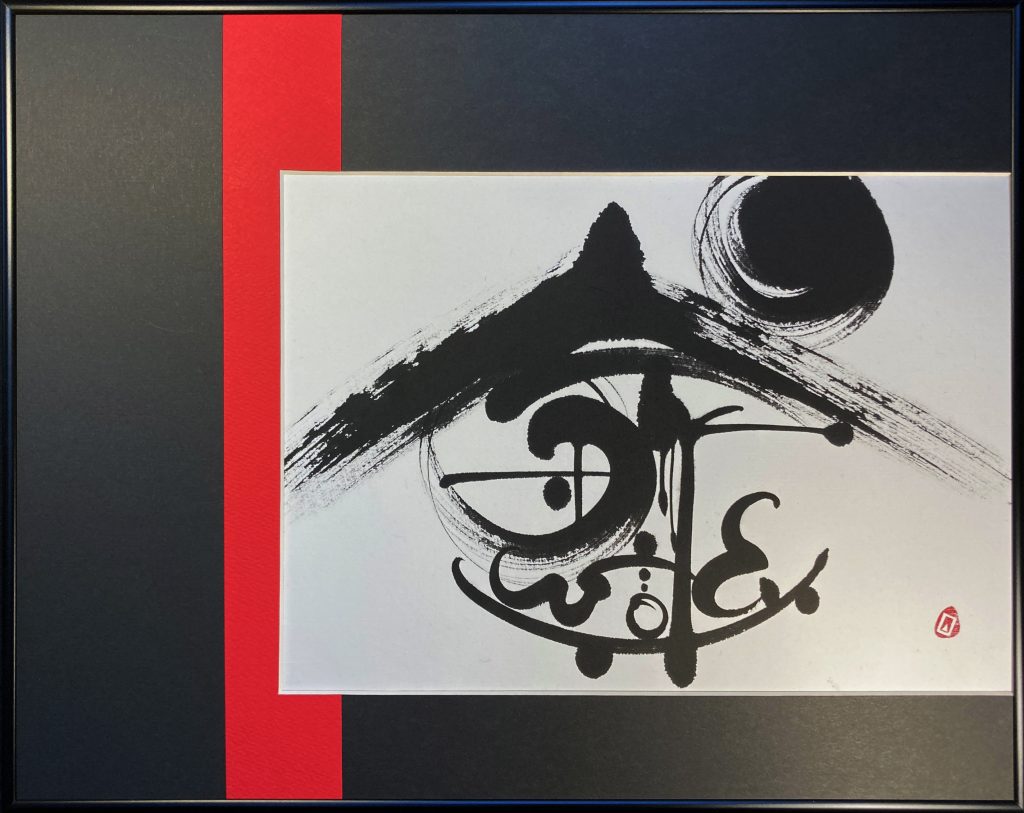 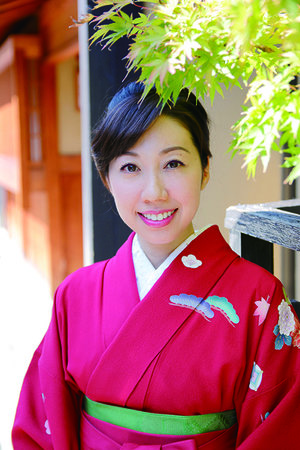 Since Ai Suzuki was young, she loved to daydream. Whenever she saw a beautiful sky or flower or bird or even a little bug, she made space for it in her imagination and made up a simple story about it to amuse herself. She also enjoyed recalling the strange landscapes she encountered in her dreams while sleeping. Things are no different for her today.Her creative work, which mainly involves stylized use of the calligraphy brush, is her way of expressing the shapeless images of her imagination and the thoughts and feelings we can’t see.The Kanji-Character was born 3,300 years ago and was made by combining lines and shapes from various pictures together which represented that words meaning. Over the years the kanji characters evolved from complex pictures into easier designs more conducive to writing on a daily basis. The ‘Modern day’ kanji character used now holds little similarity to the picture it once used to represent, and we are unable to feel which picture combination it originated from.Therefore, Ai is set on a mission to provide life, feeling and purpose back to writing and wants each Kanji character to again have the pictured meaning, or connotation it used to represent once upon a time. In a sense she wants the Kanji character to be ‘born again’. Her main tools are a Toyohashi-brush (made from animal hair), ink (an ash composite made from burning oil and pine together), an inkstone (made of rock), and paper (made from plants). All these materials are natural, meaning their production can’t and isn’t totally influenced by humans. Ai values this aspect of her materials and tries to follow their natural rhythms.She follows other natural rhythms in her schedule, working only during the two weeks between the new moon and the full moon.