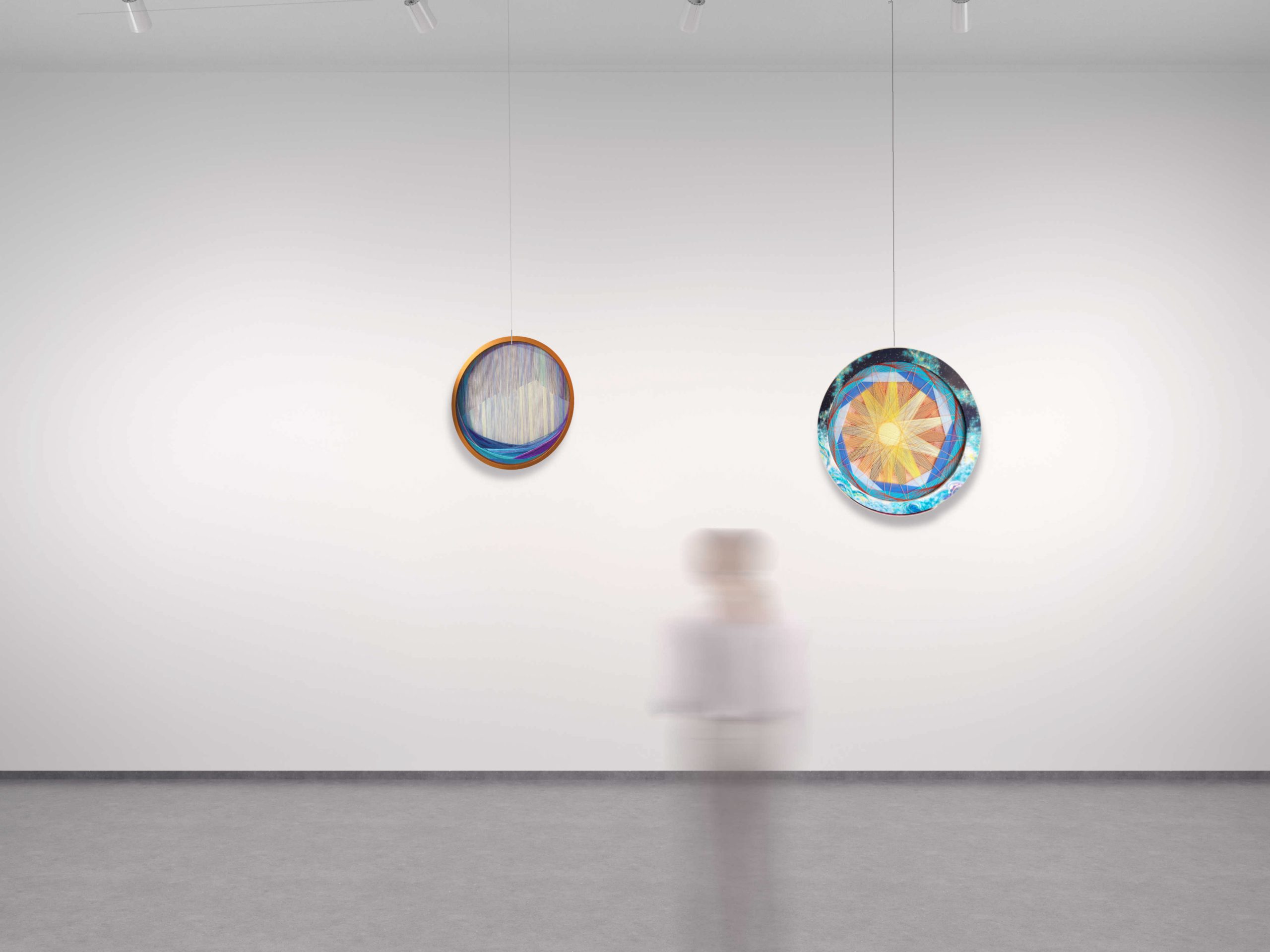 Light and darkness are inseparable from each other as conflicting as they may seem. I sometimes feel as though I am swallowed by the darkness when I get absorbed into the long-lasting process of layering threads repeatedly. My heart gets swayed, however, as I face the fact that it is the darkness that allows lights to shine. I create wishing that my works become pieces of art that light up your heart. 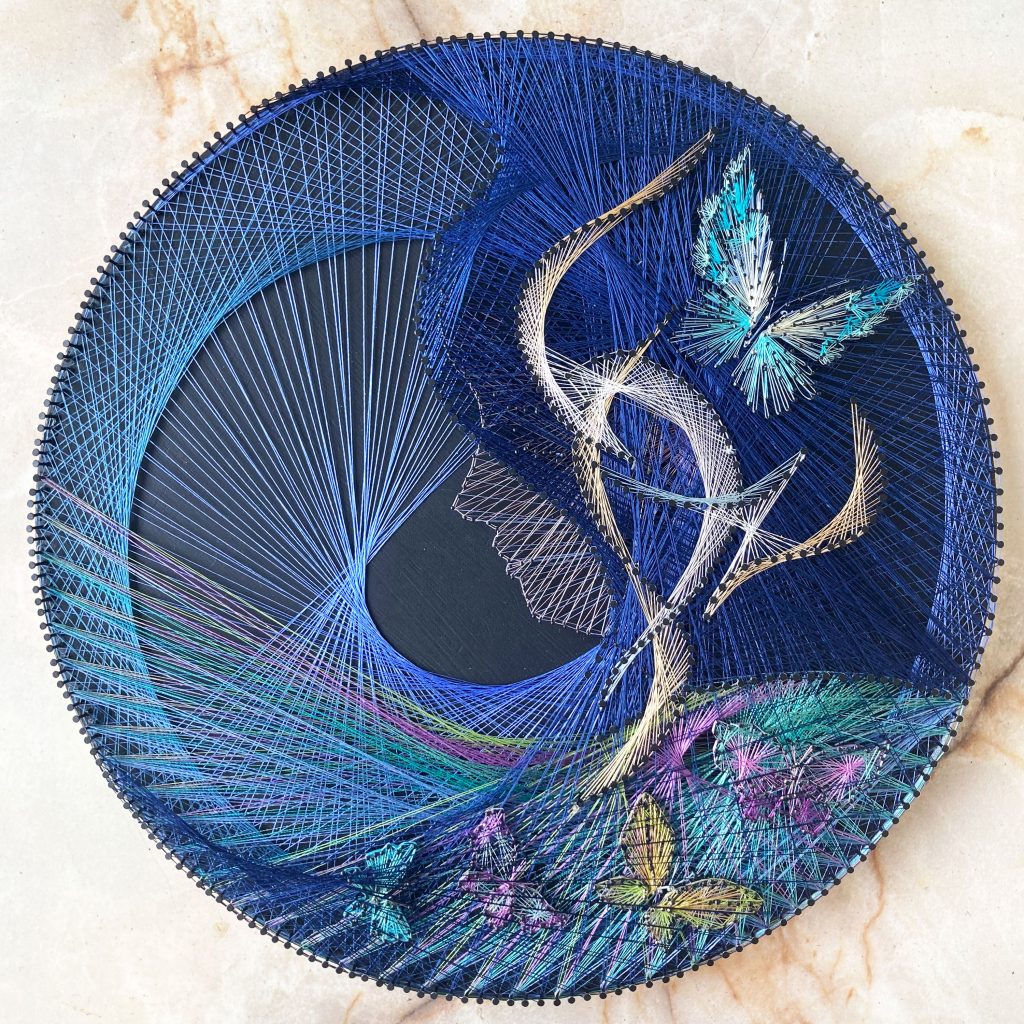 “Lady Rokujo Wander in the dusk” 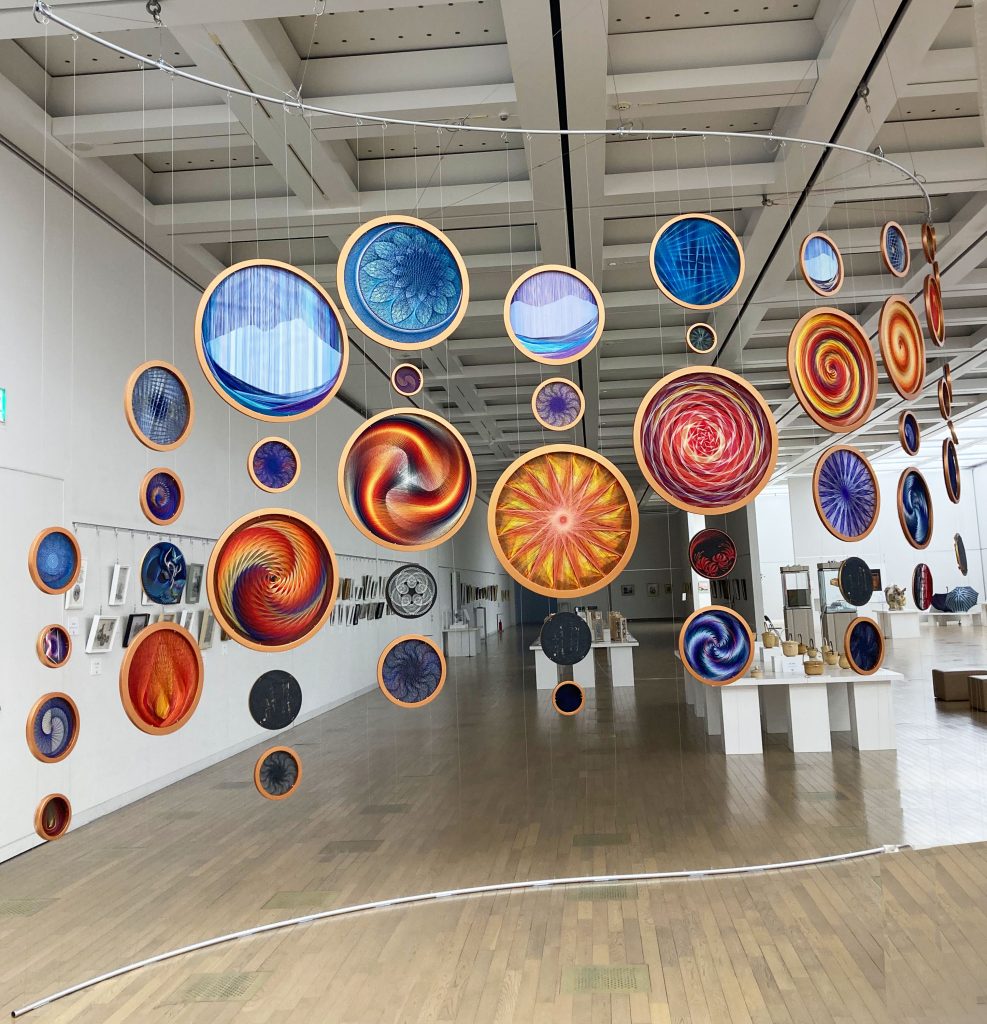 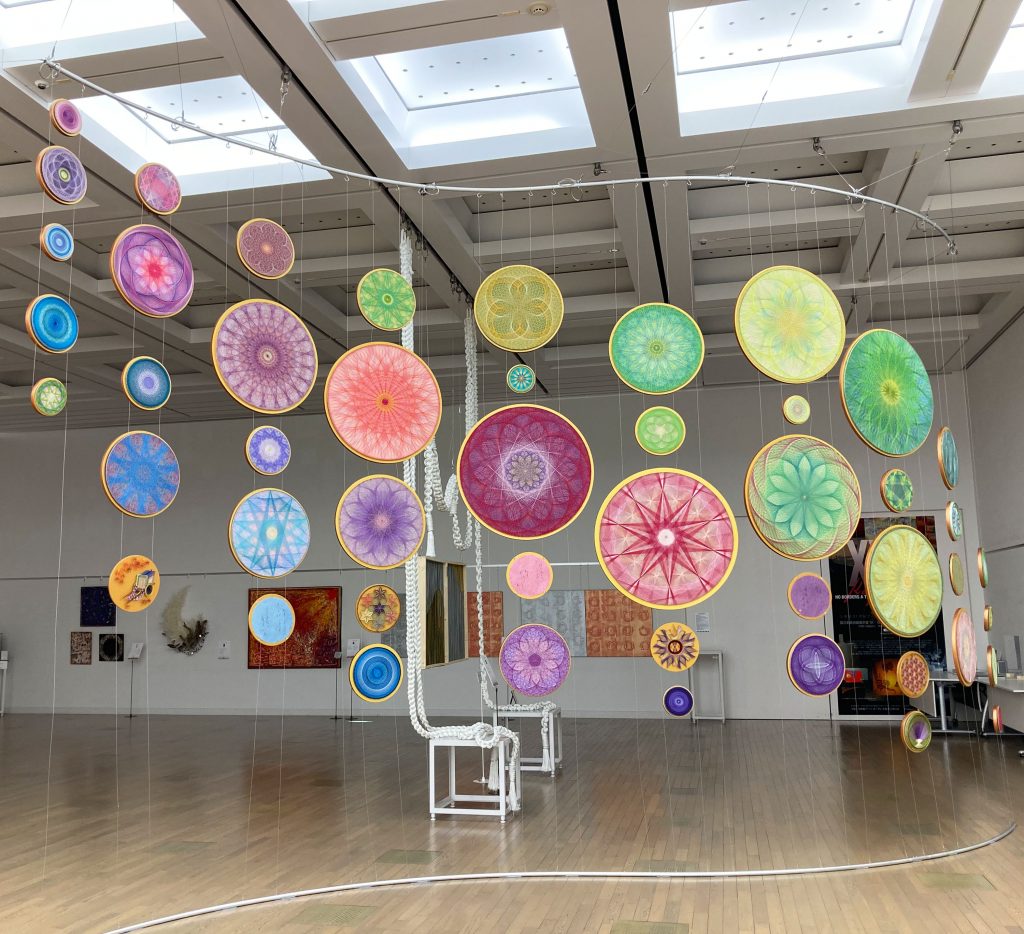 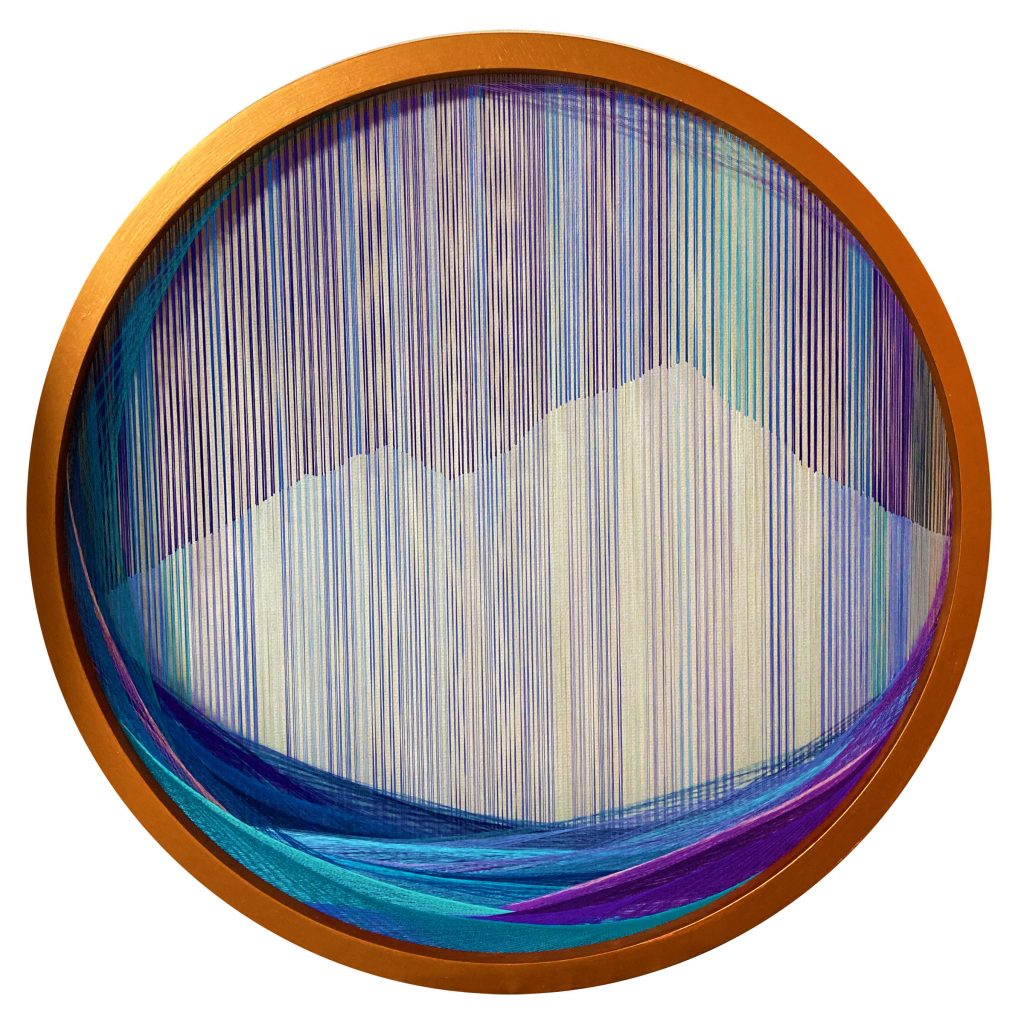 Who knows the boundary between reality and illusion? 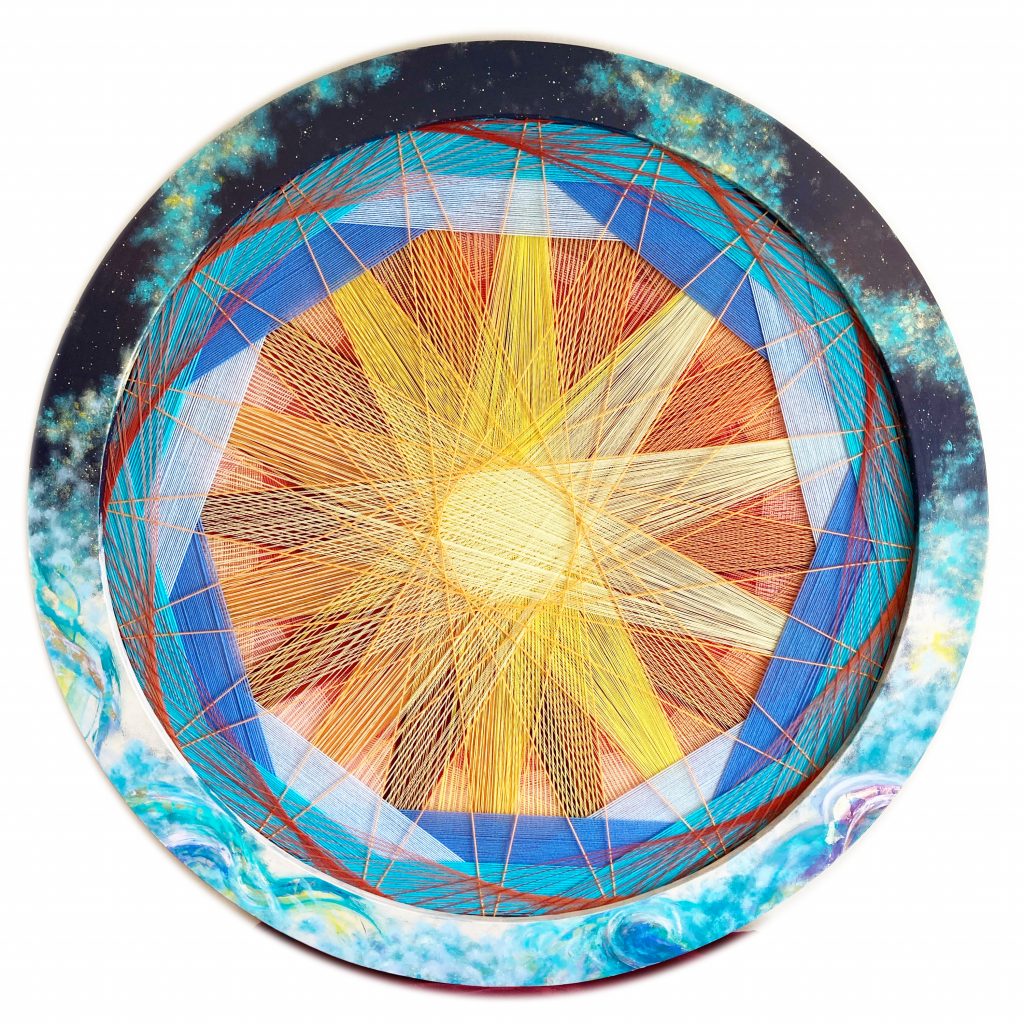 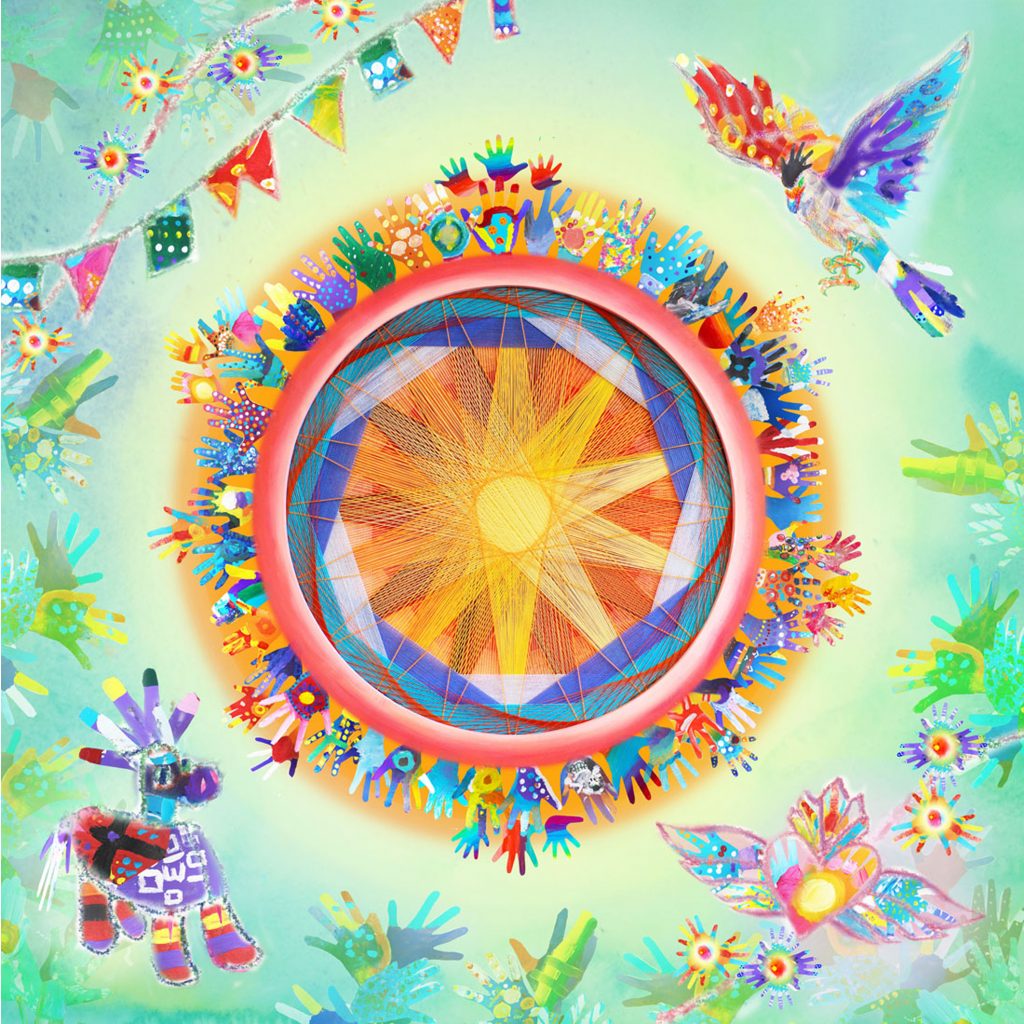 “The sun brightens our hearts” 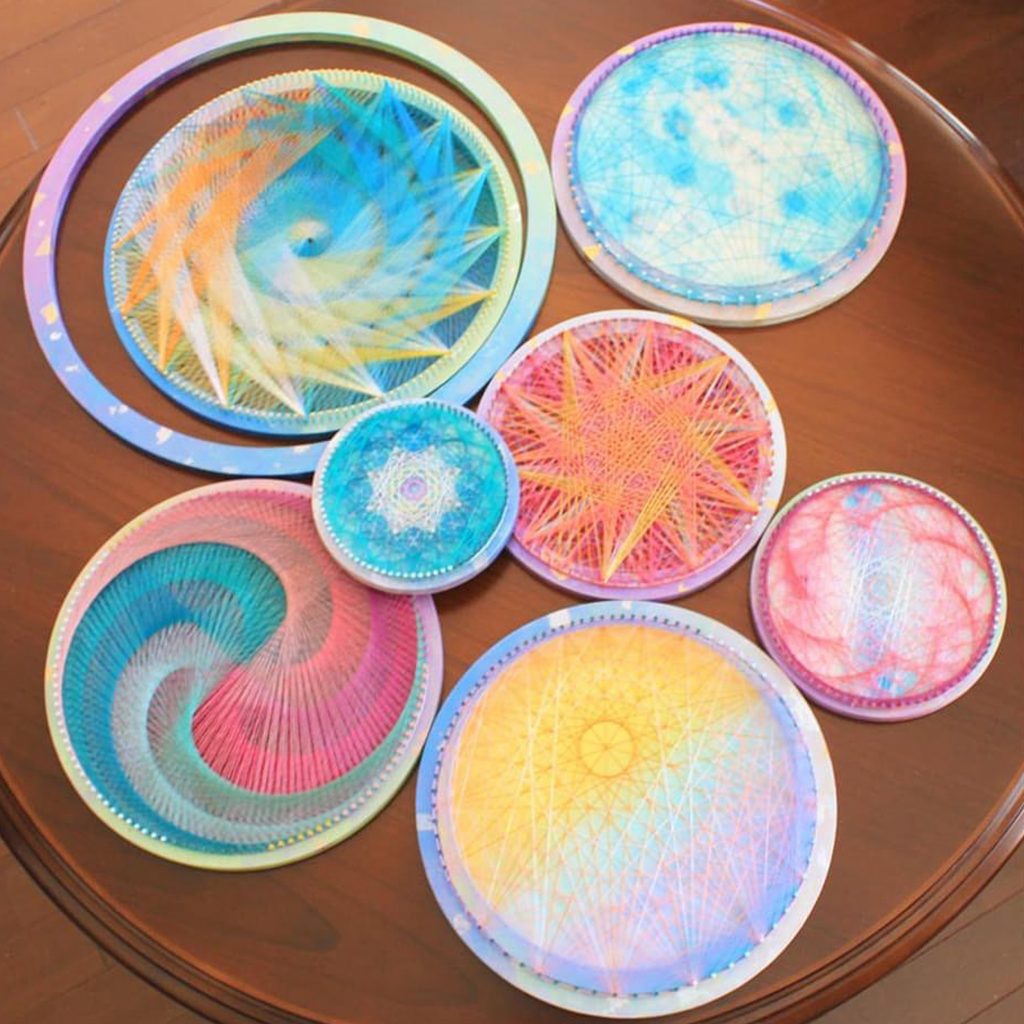 calando ~Listen to the tone of mind~ 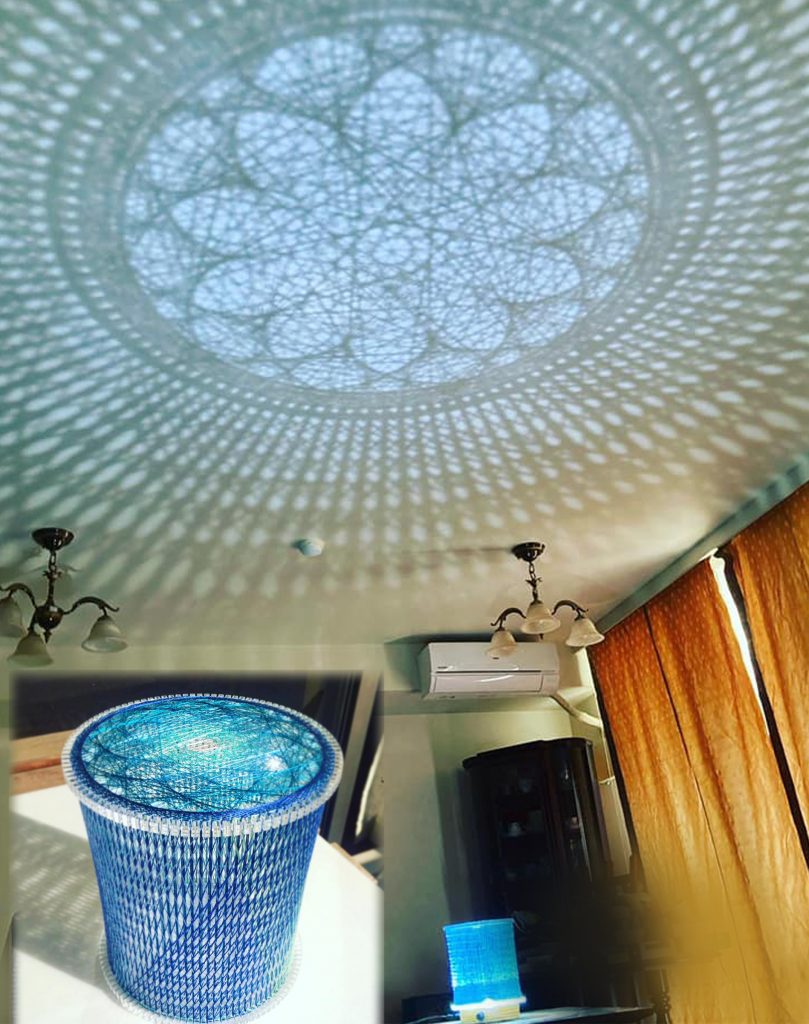 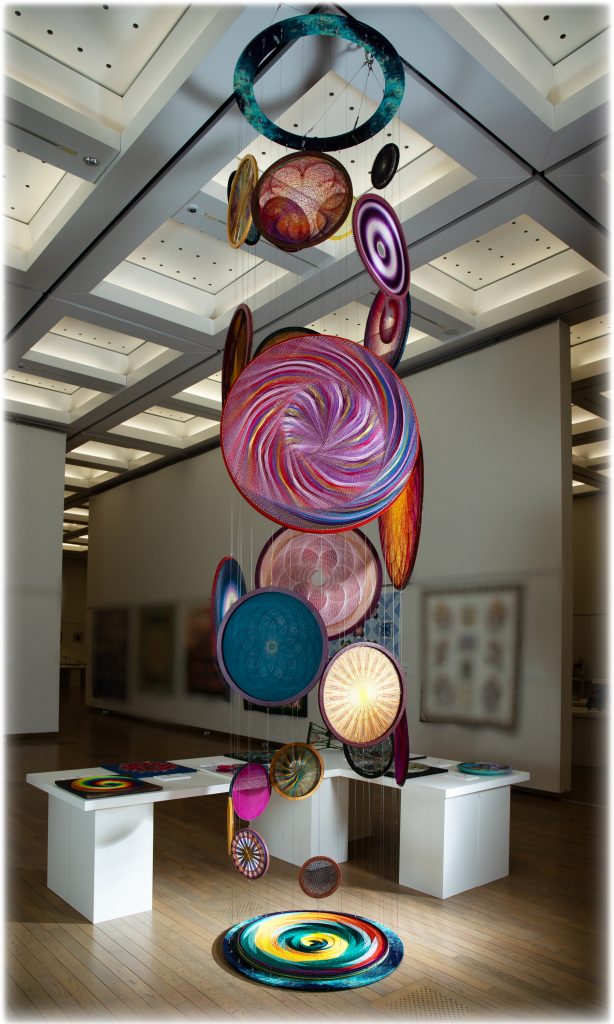 Scent of life by ITOXITO 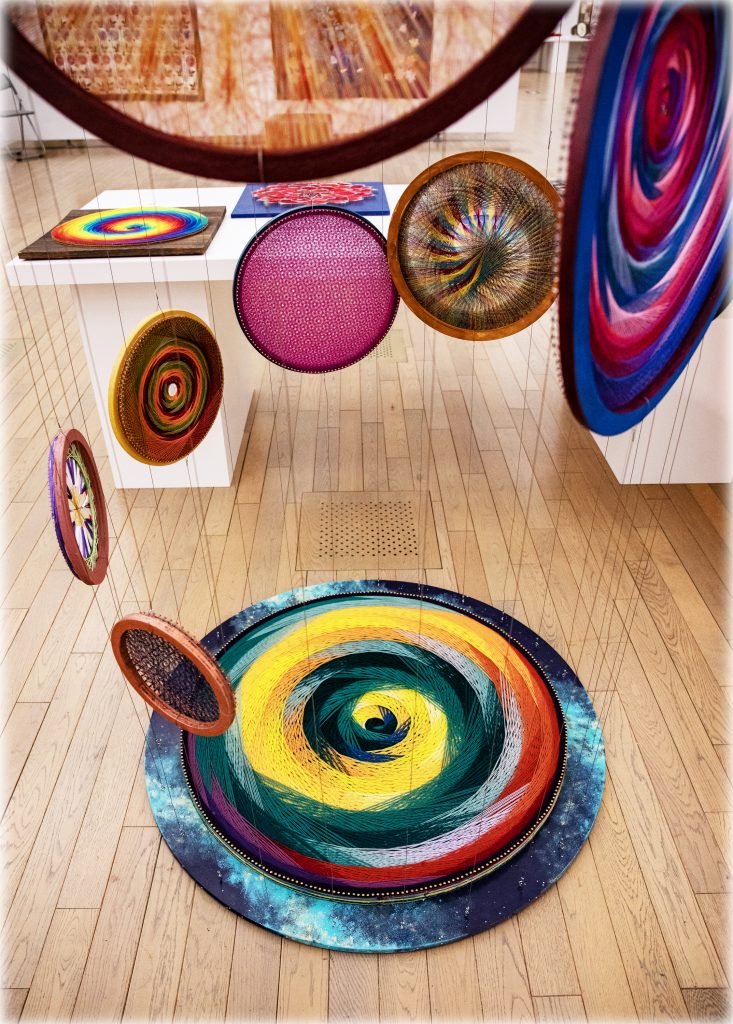 Scent of life by ITOXITO

In recent years, Akatsuki has been fascinated by making mandala string art. The process of making a mandala is mindful meditation for her. She pursues the beauty of geometry and fuses the mystery of geometry with figurative art. In the process, she challenges large-scale installations and breaks new ground in string art. Her innovative Mandala art has been well received. In 2020, she was nominated by the city of Fukushima to produce a string art piece as a public project related to the Tokyo Olympics. Her string art works was exhibited in London as an official project of “Japan-UK Season of Culture”.At the 21st Century Art Borderless Open Call Exhibition, the large installation work by the string artist team to which she belongs won the Grand Prix in the string art category.

Akatsuki was born in Vancouver, Canada, and grew up in Kanagawa Prefecture, Japan. From her earliest childhood she has been a wanderer and, on many occasions, got lost in Canada. She was a curious girl and used piano scores and walls as her graffiti book.

Surrounded by souvenirs of a Malaysian scorpion, an Arab vase, Inuit stone statues etc., which her father brought home from overseas business trips, she was fascinated by world cultures. She came to love traveling and exploration. In Finland, she took a lesson from a dwarf called Tontoo serving Santa and got a Tontoo dwarf qualification. Also, she was attracted by New York’s multi-cultural character so in 2008 she studied abroad for a short time. In 2015 and 2016 she held art workshop at J-LABO Brooklyn.

Akatsuki got the long-awaited baby, however taking care of the naughty child proved quite a challenge. At that time, she started art therapy which helped her communicate with her son. And she realised that the picture she drew was art therapy to heal herself.

She wants to deliver this wonderful wisdom to those who suffer like her. That’s why she regards art therapy workshop as her life work. In the workshop, she is moved when participants access their subconscious mind, or when non-verbal exchange between participants happens.

She hopes her artwork will open the door of the viewer’s mind.

Publications
2015 The Flying Seed Over The Sea