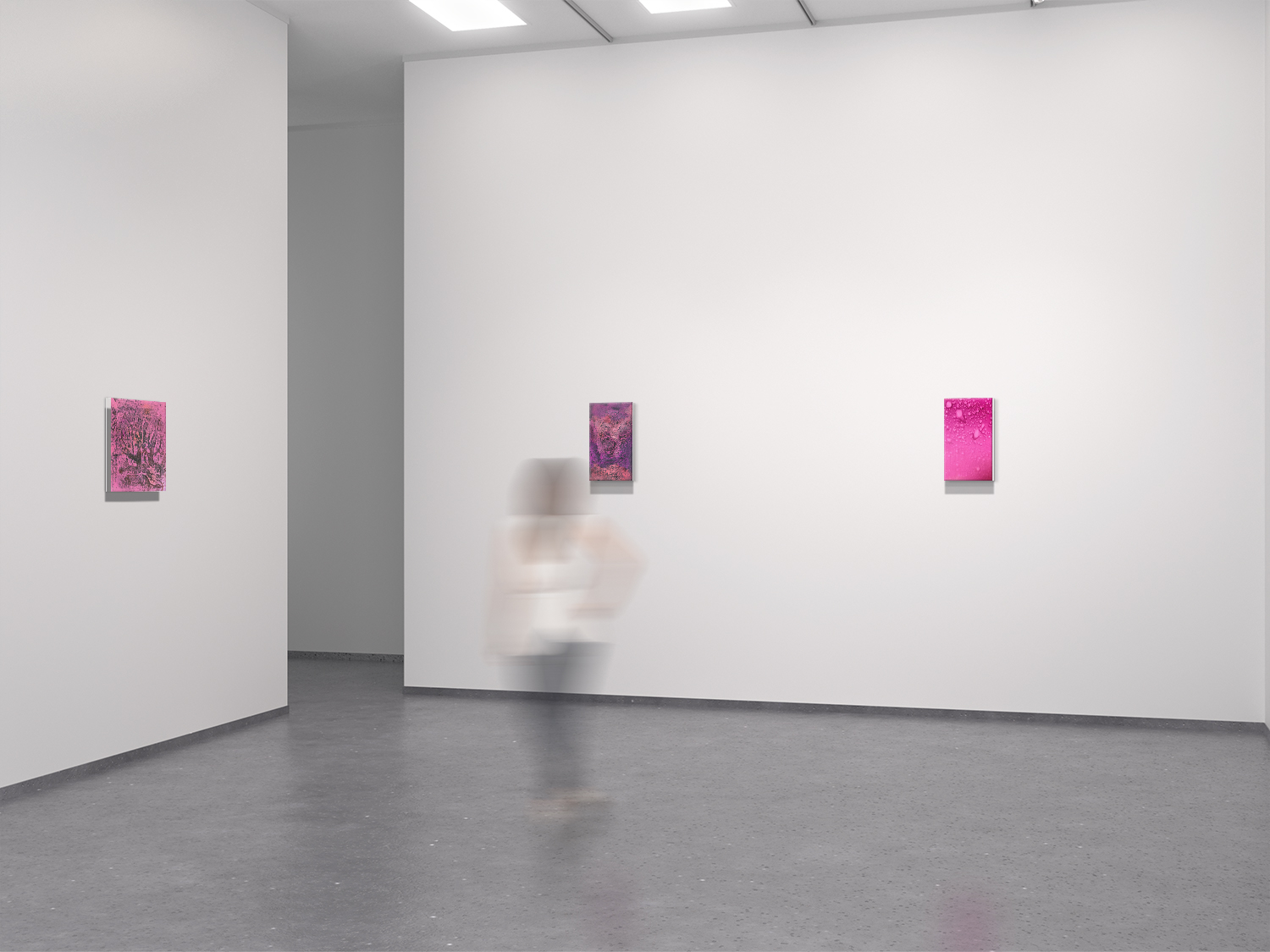 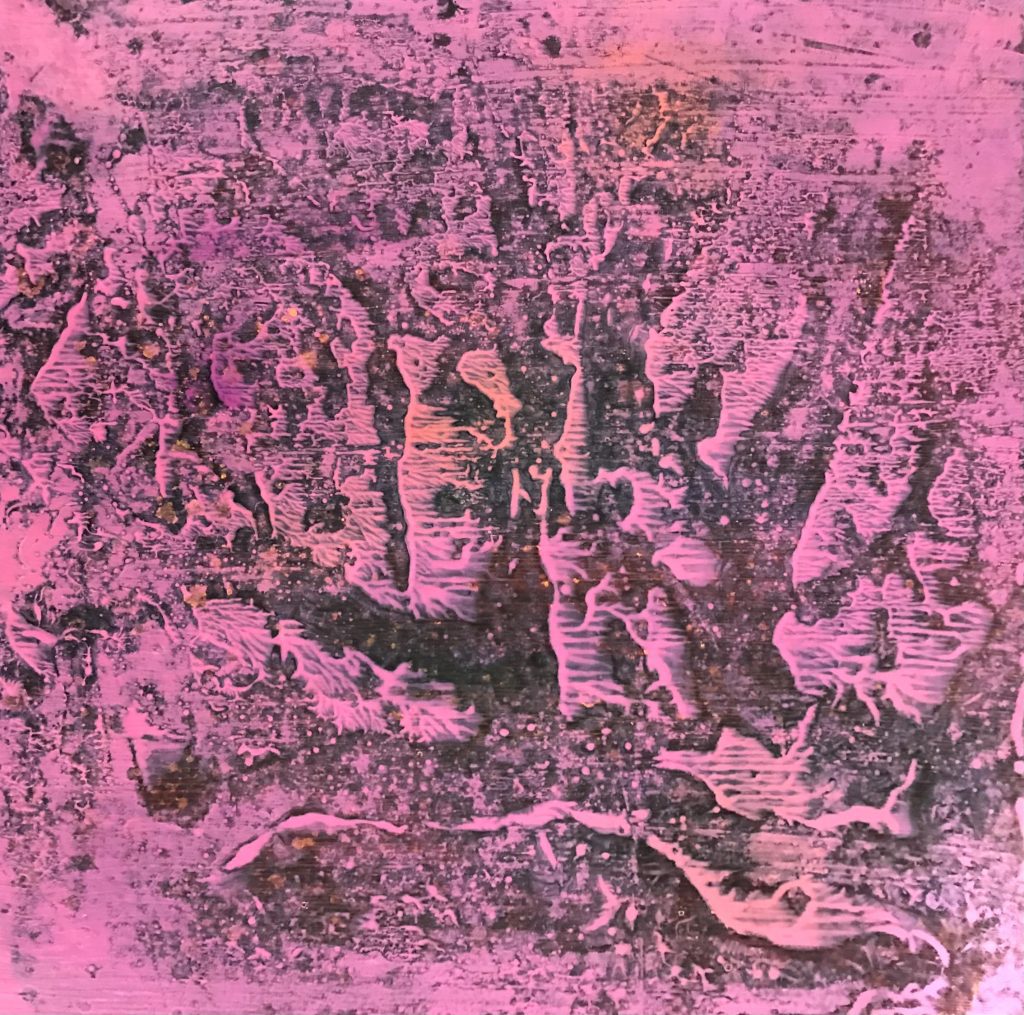 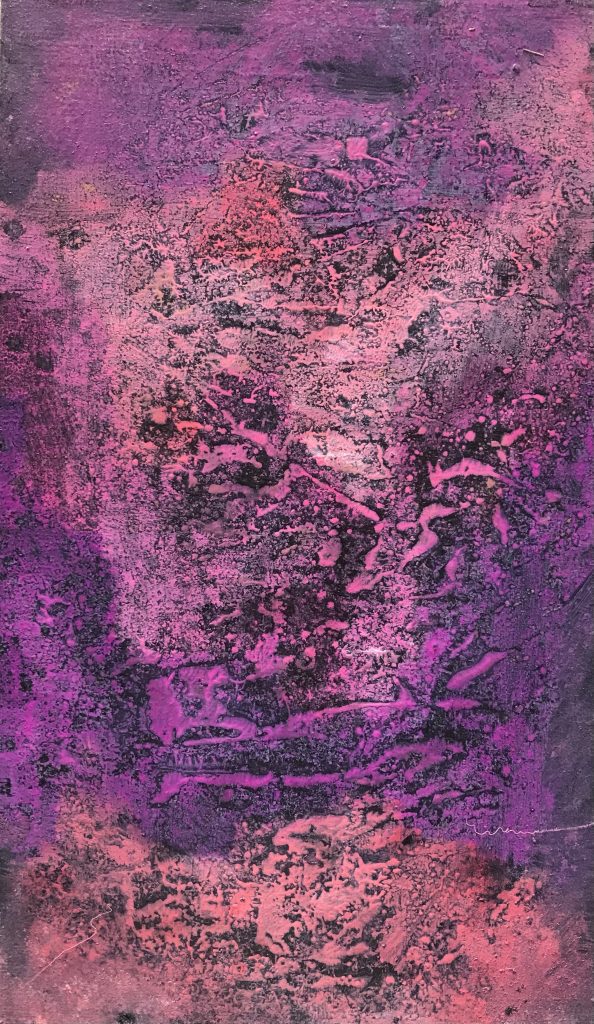 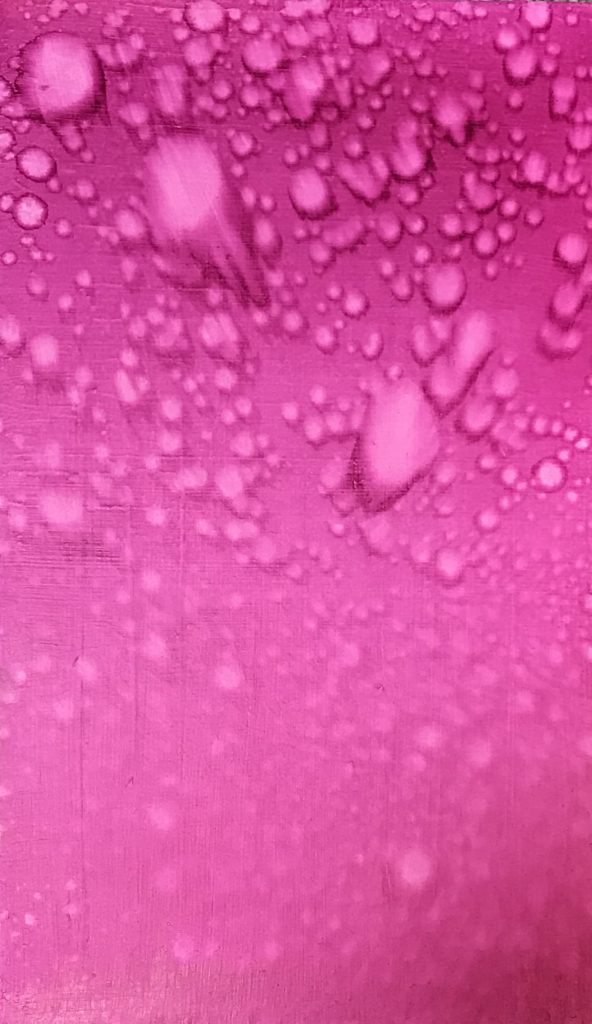 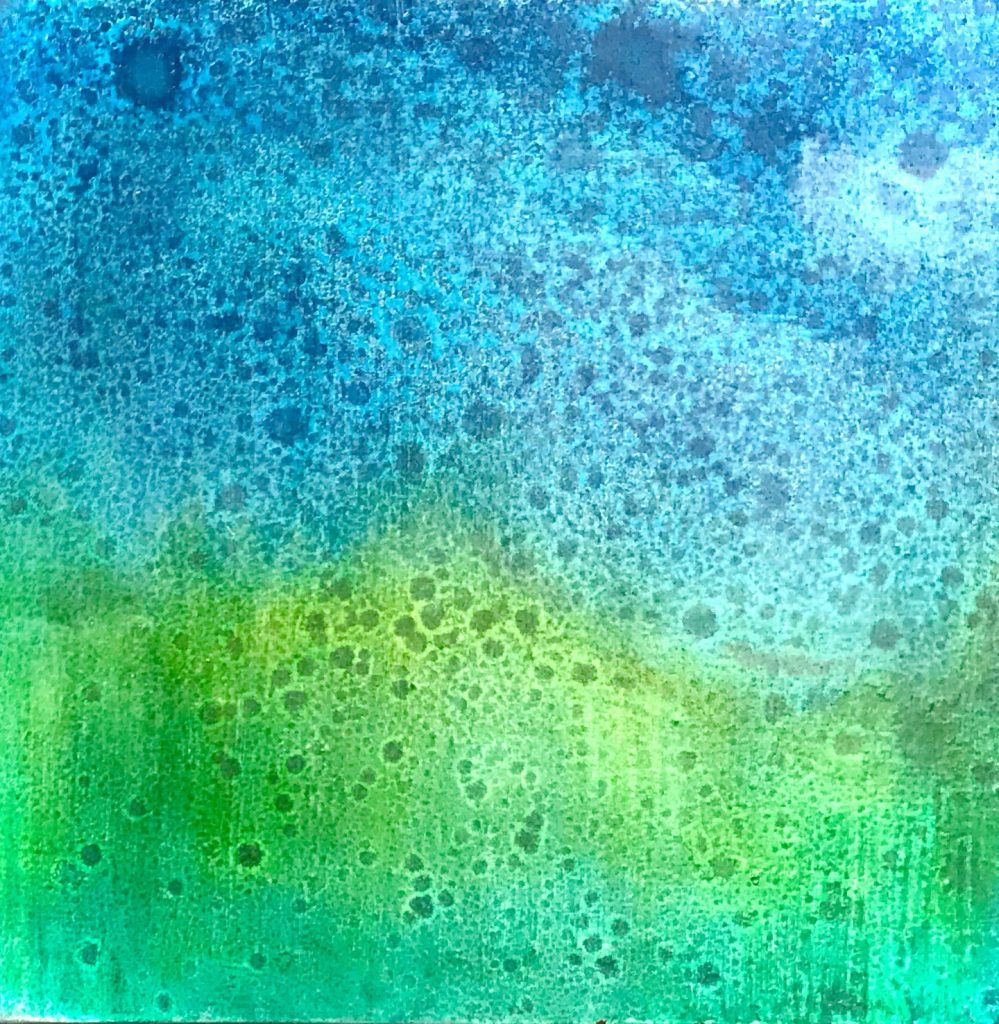 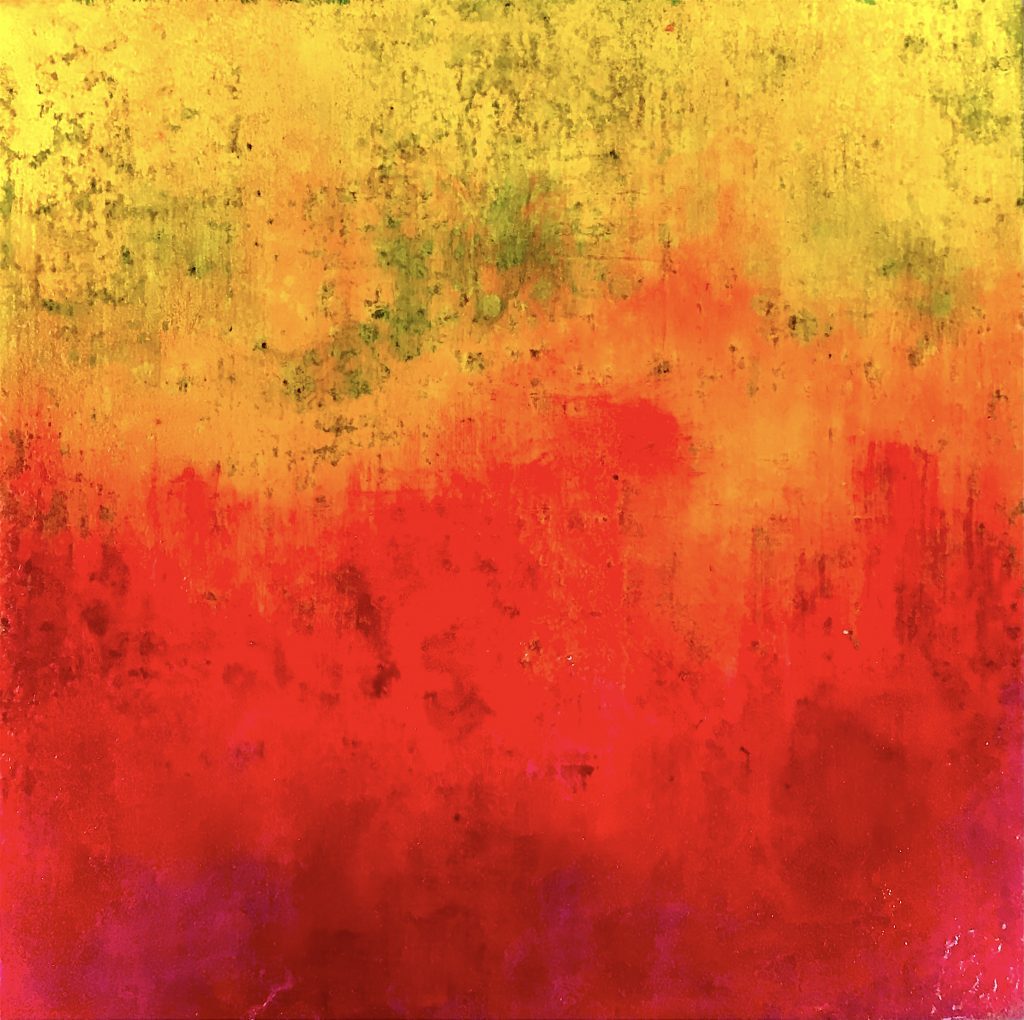 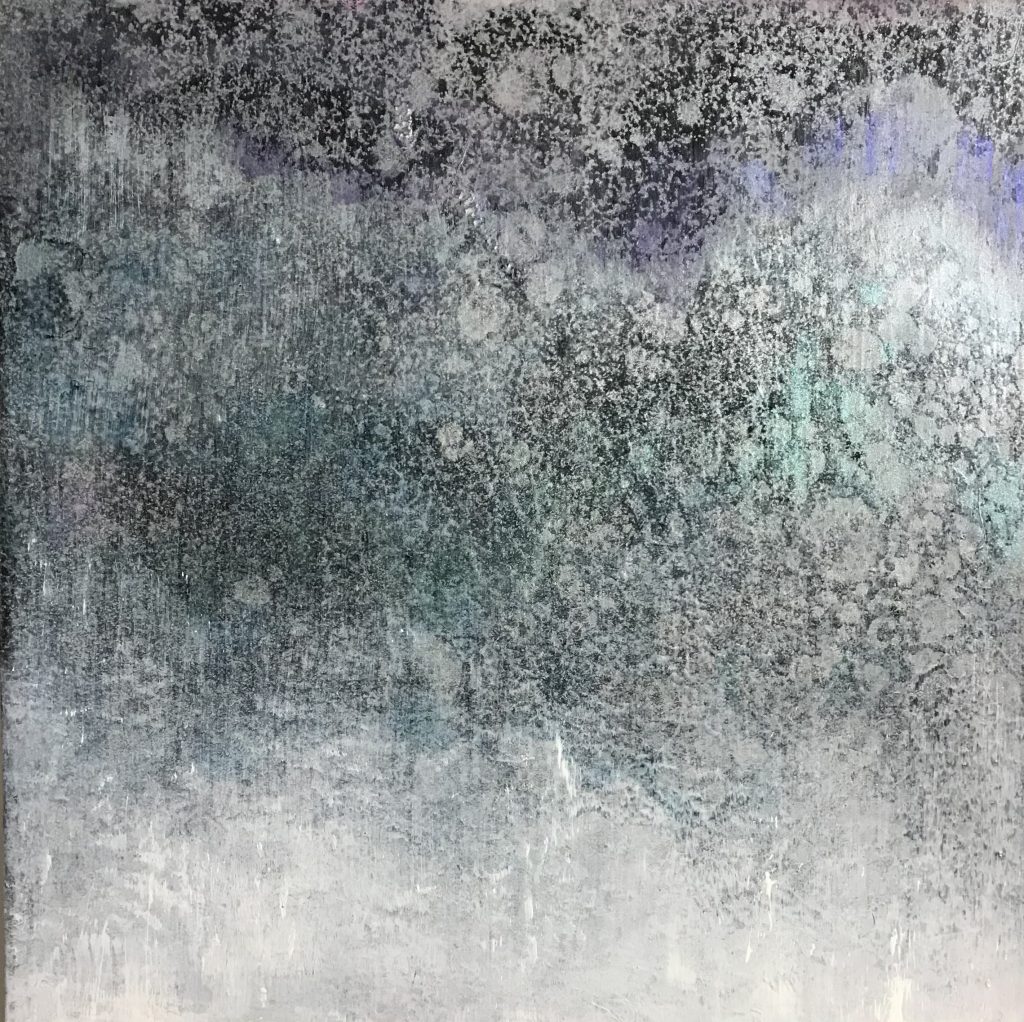 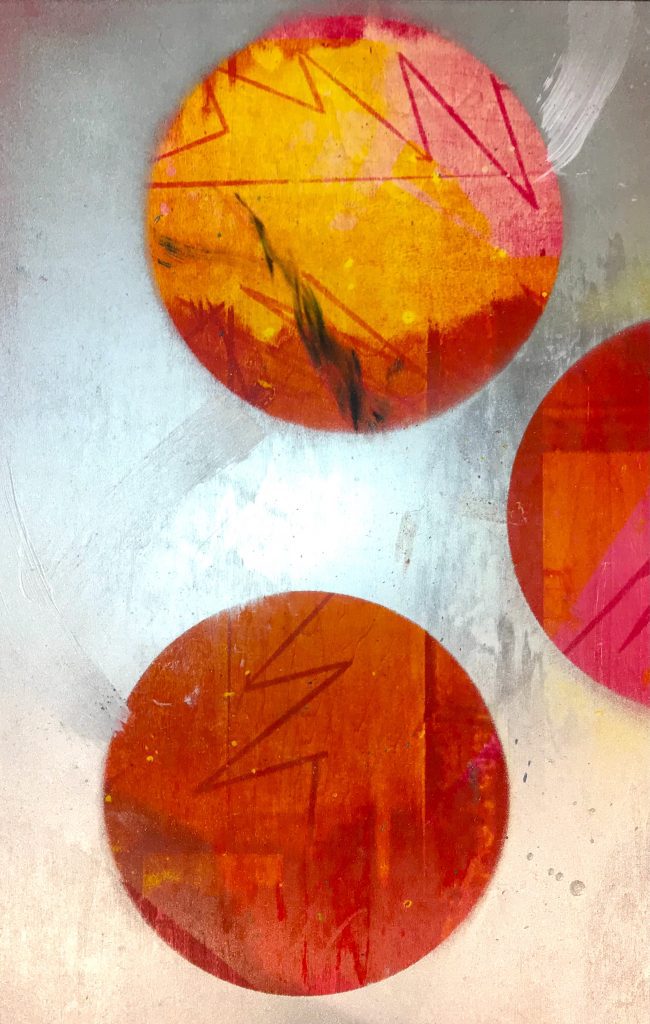 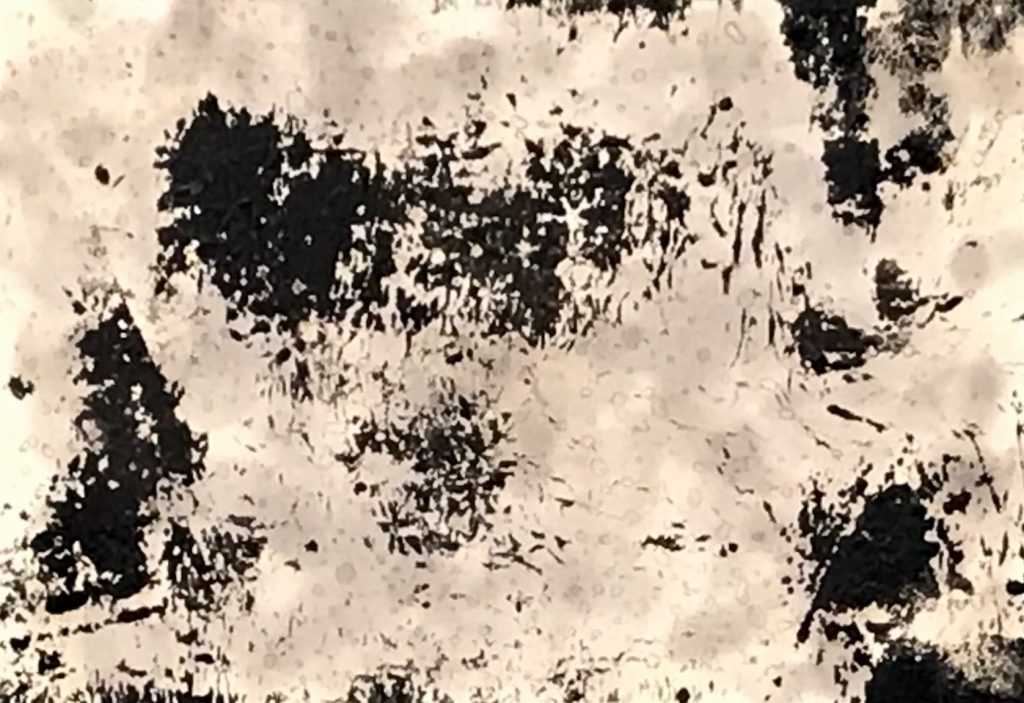 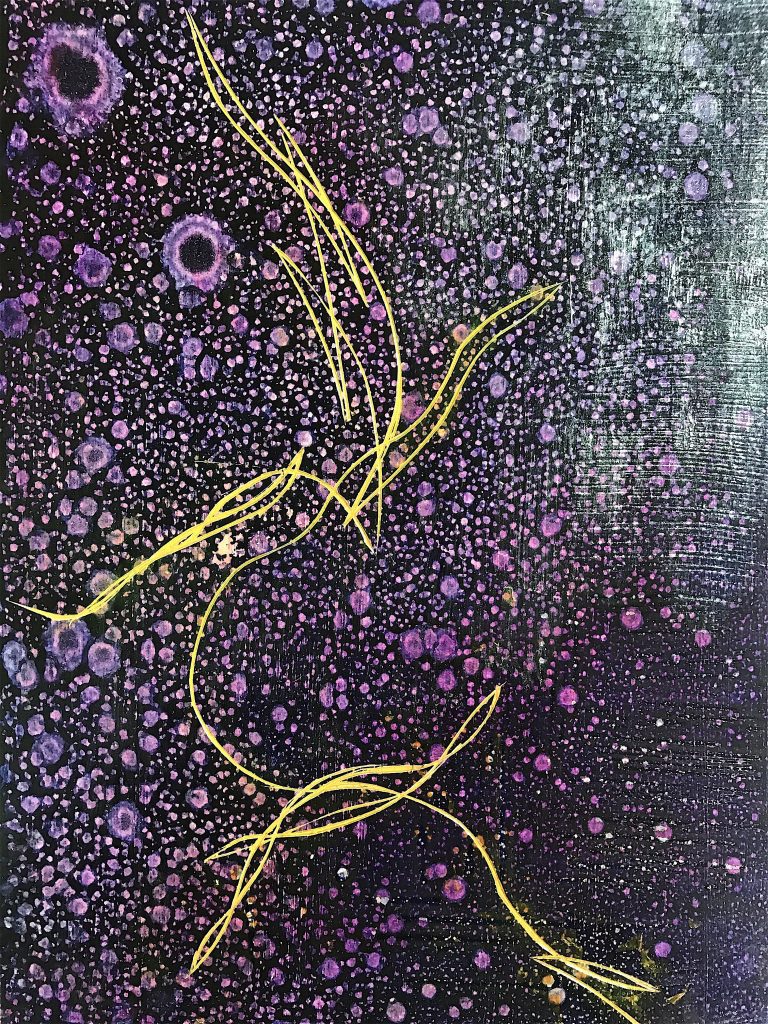 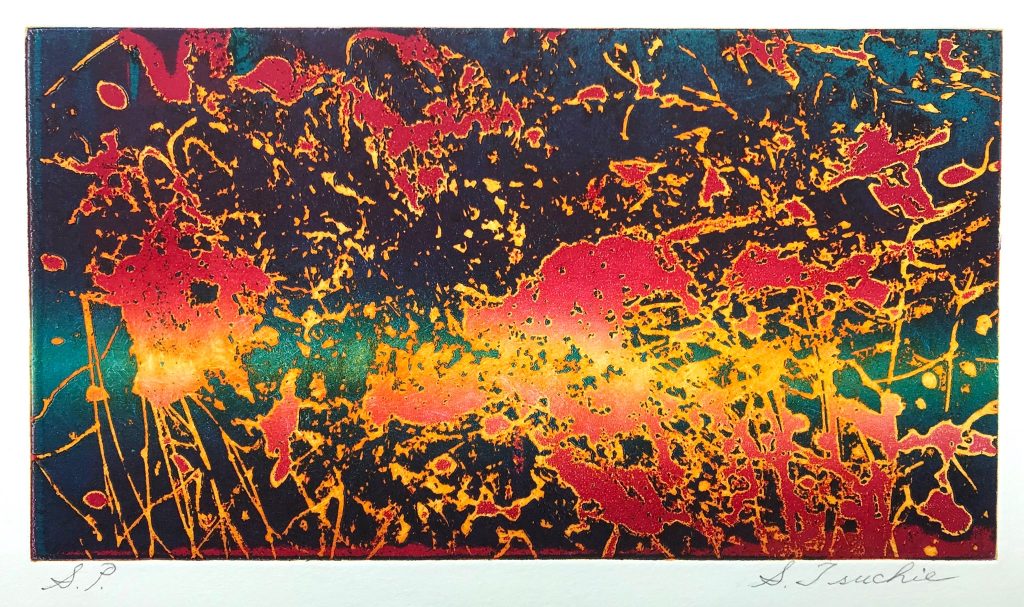 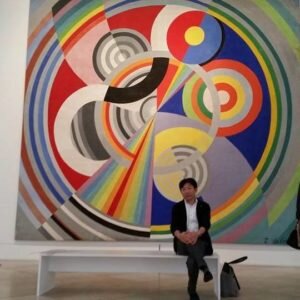 Akihiro Tsuchie is a Japanese painter based in Nishinomiya City, Hyogo Prefecture. The background of his Artwork is based on black or dark blue color with grains of various colors such as blue, purple, red, and yellow scattered around like a starry sky. His paintings resemble outer space and the continuous theme of space and reincarnation. In earlier days, he painted realistic landscape paintings, but in 2013, he met a printmaker that influenced him to make a drastic shift to abstract works. The printmaker is Hector Sonier, the successor of S.W.Hayter. He created the Hayter method, a revolutionary technique at the time,and even collaborated with Picasso and Miro at the copperplate printing studio, Atelier 17, founded In Paris. Tsuchie happened to meet and become friends with Sonier at his solo exhibition in Osaka. Inspired by Sonnier’s prints, Tsuchie became an abstract painter and creates artworks that represents the inner universe of the cosmos, the macrocosm, and humans, the microcosm. Those who see his work can freely flutter their wings of imagination.