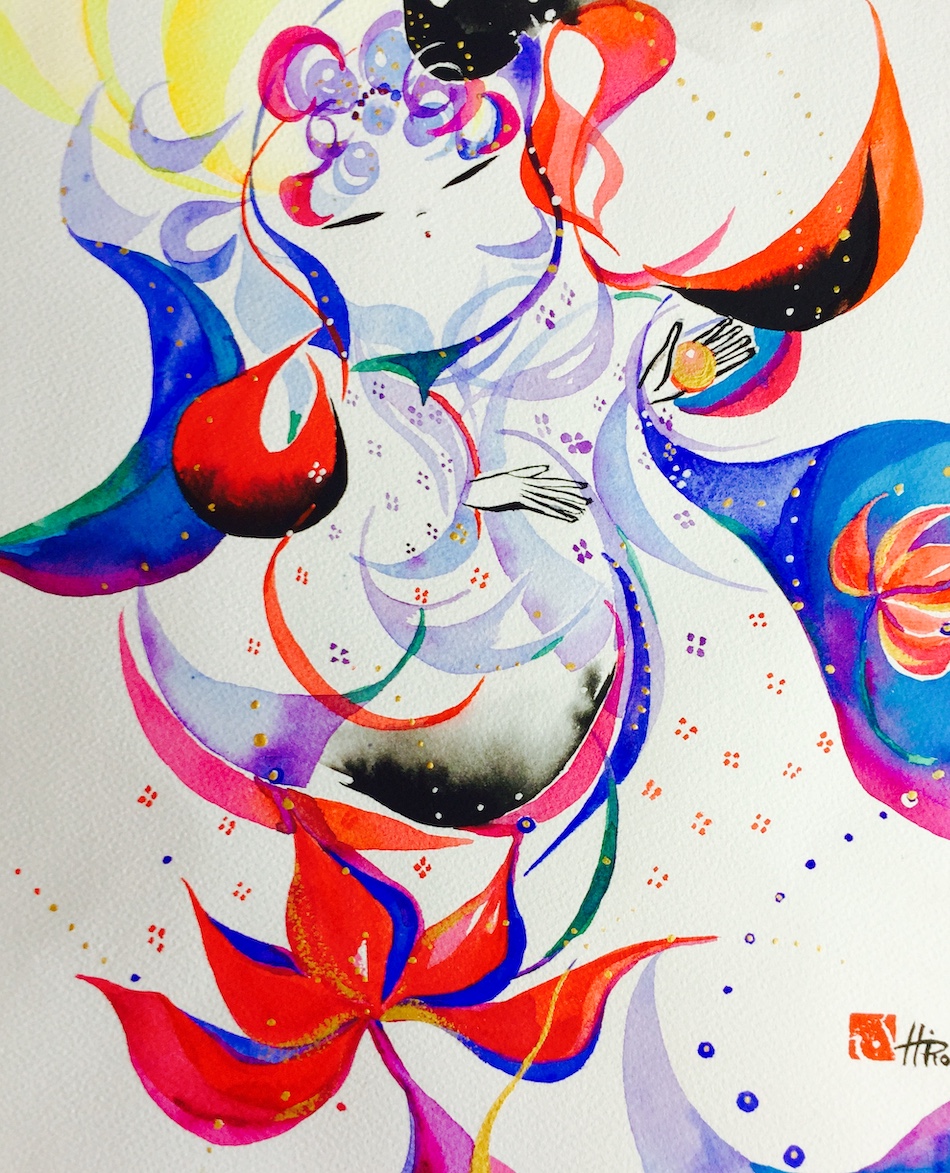 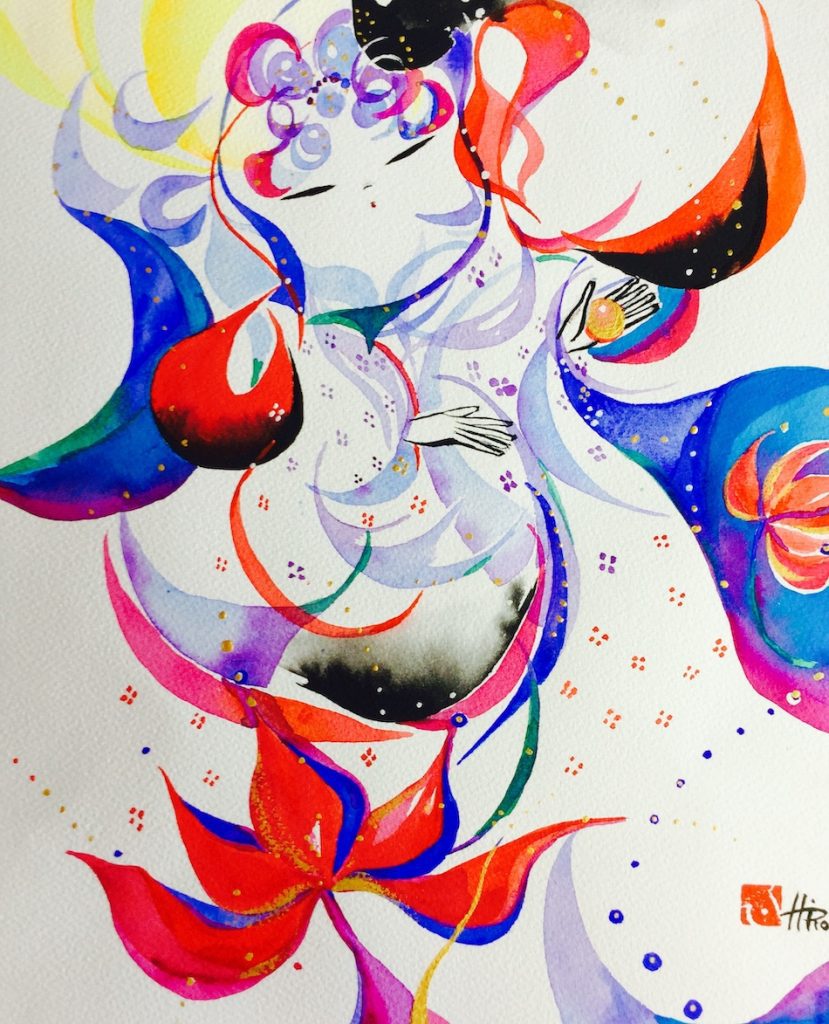 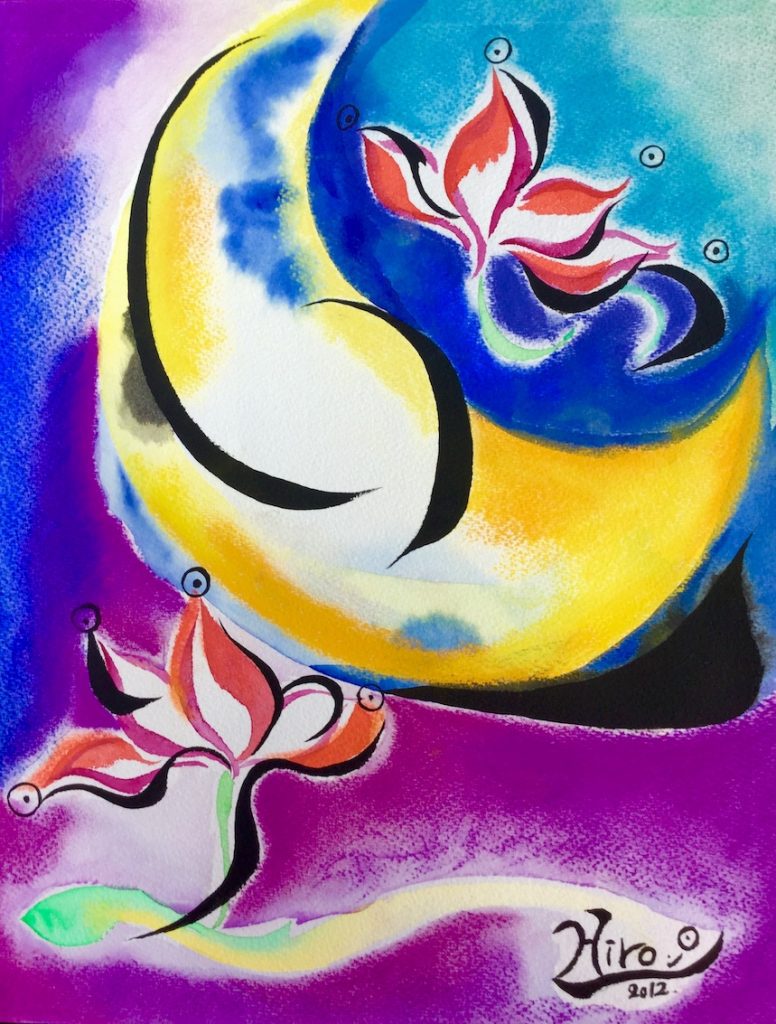 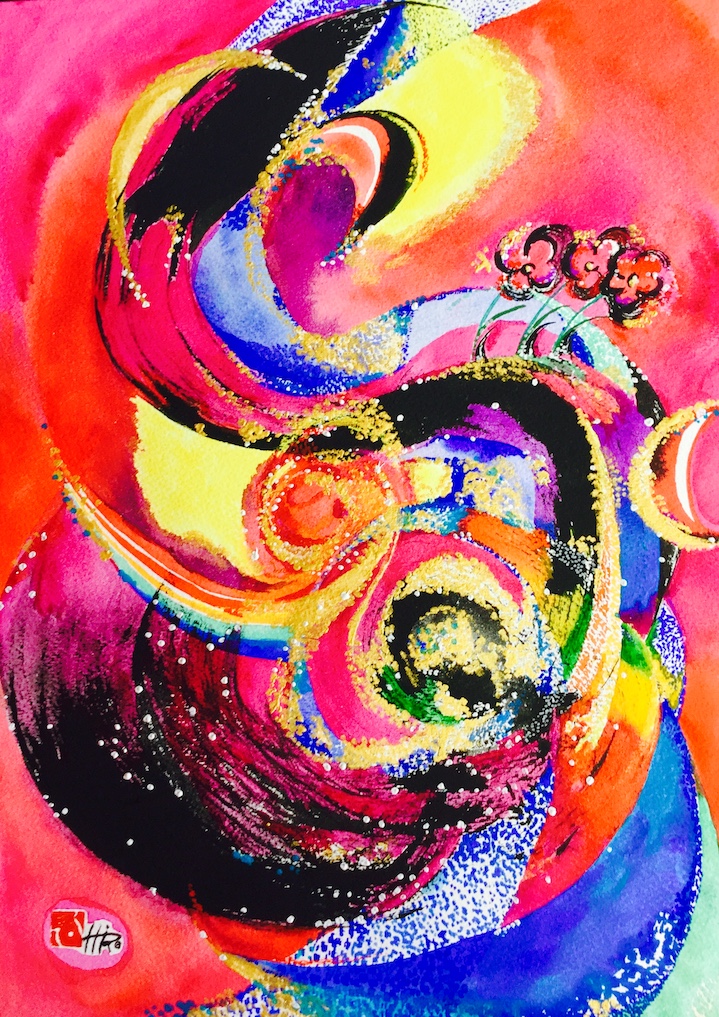 Hello! My name is Hiro. I draw in order to convey my pure heart and my positive energy towards anything. Please receive the energy of love that overflows from the bottom of my heart!
I would like to live a life with passion. Thank you. 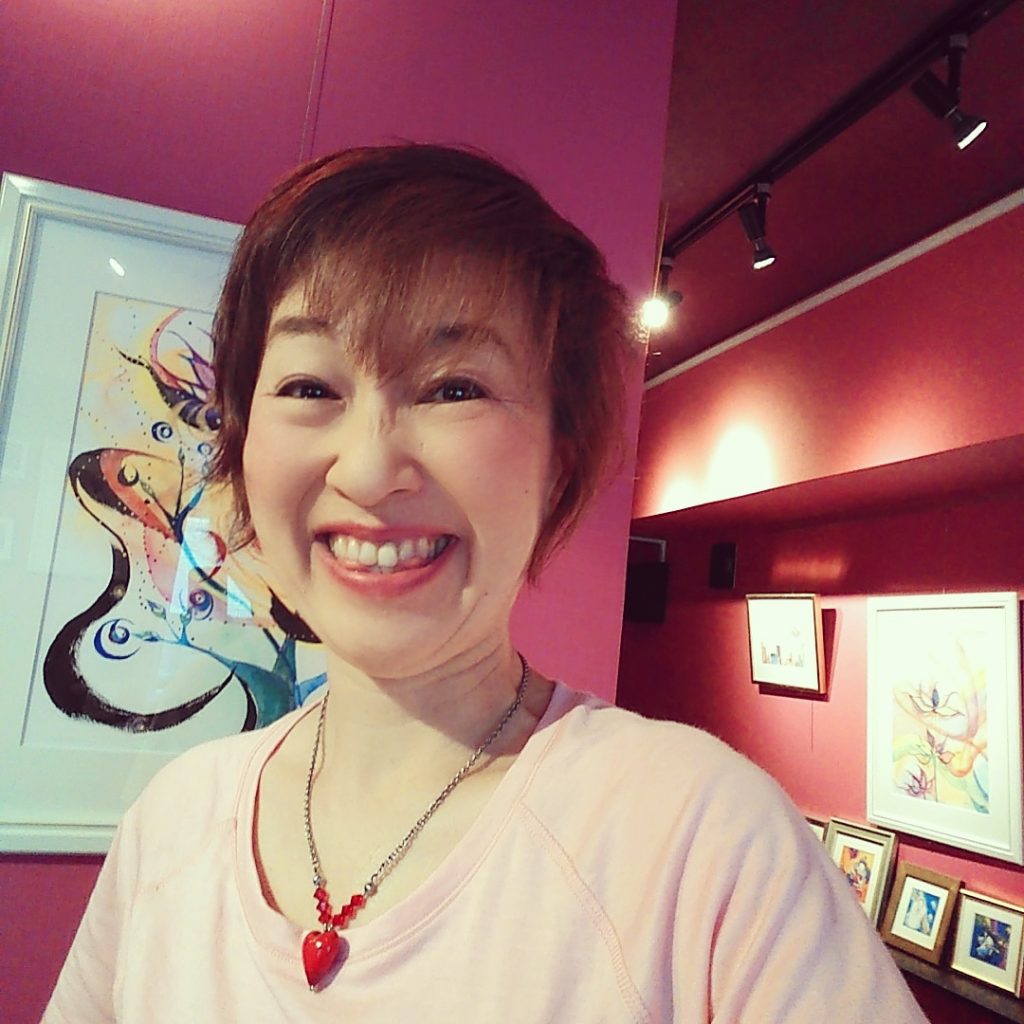 Hiroko Ozaki (Artist name:Atelier Hiron Hiro) was born in the Miyagi Prefecture in 1969 and started painting at the age of two. In university, she followed her parent’s footsteps and studied to become a pharmacist, while studying art through remote learning. She continued painting while working as a pharmacist, but when her father passed away at the age of 30, she became sensitive to invisible things and realized that the cause of real illness and human misfortune was the soul. While drawing, she started to ask herself, why l was born into this world? She started her solo exhibition activities at the age of 37 2011 Ribest Gallery Exhibition at Paris Espace Japan, France. 2012 Nepal Kathmandu Nepal Japan Exchange Project Exhibition. 2013 Solo exhibition at Espace Versent Poirée Paris France. 2016 France Paris Idea  Japan Espace Cinco Exhibition. And many other events  in Japan. After taking a destined liberating course by the Japanese pianist Shin Idaki in 2017, she understood the soul, and started expressing the inner light, Iove, and great existence in her artworks. Her artwork freely expresses the world of the light of love that transcends space,  time, and the universe, and uses painting materials such as watercolors, ink, Japanese powder, pastel, and acrylic. Her work, which is drawn with her sharpened heart, is full of love, happiness, true self, world peace, the power of life, and the feeling of the great existence, which she hopes shakes the soul of the viewers. From 2019, she opened Gallery Thank you in Sendai City, Miyagi Prefecture, and started selling wild coffee, and gluten-free, trans-fat-free handmade Yakuzen (a cuisine that blends Chinese herbal medicine) cake. Her activities, such as drawing on clothes and bags and selling clothes made from recycled Japanese old kimono fabrics made by mothers, are shared worldwide.