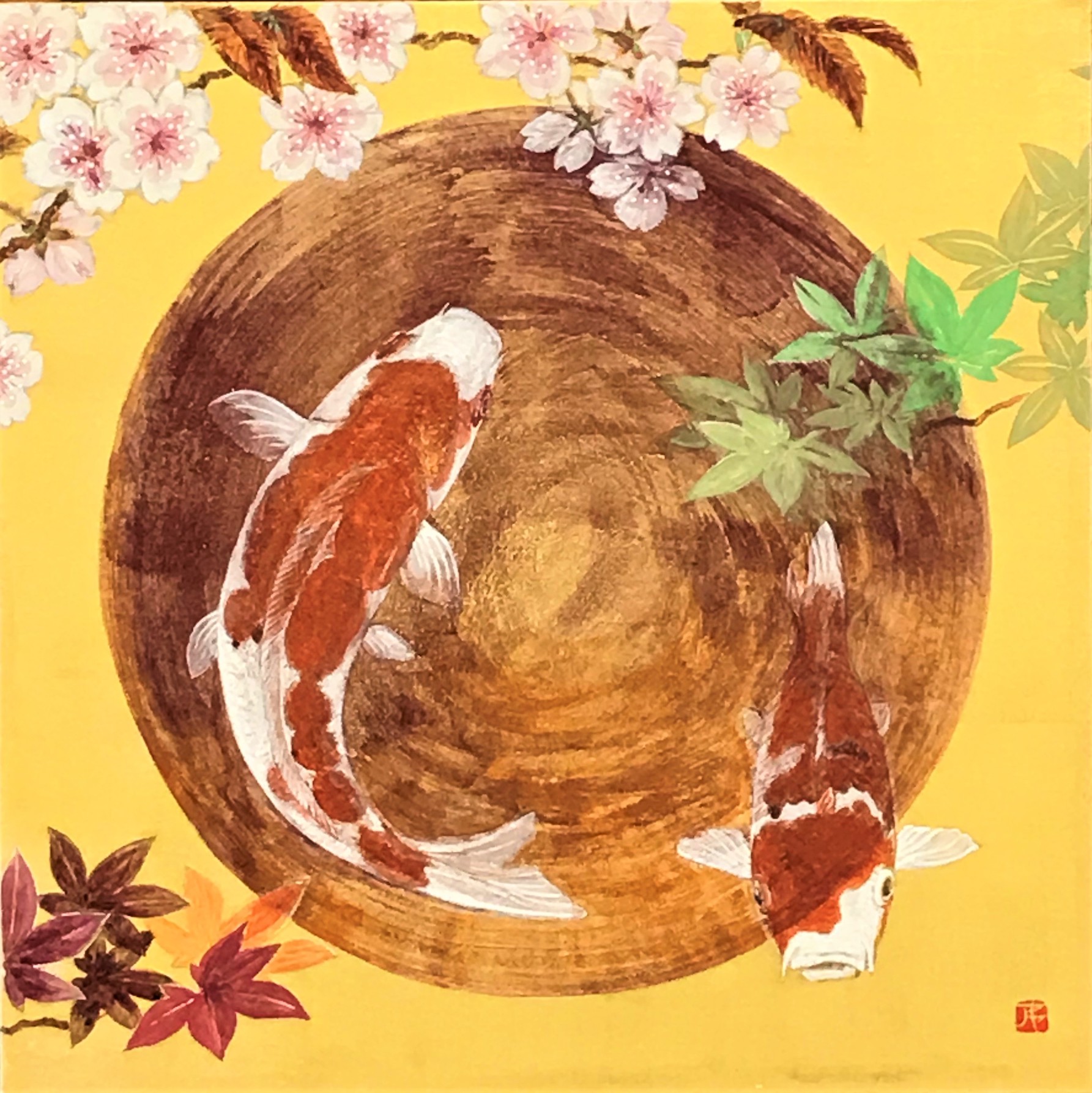 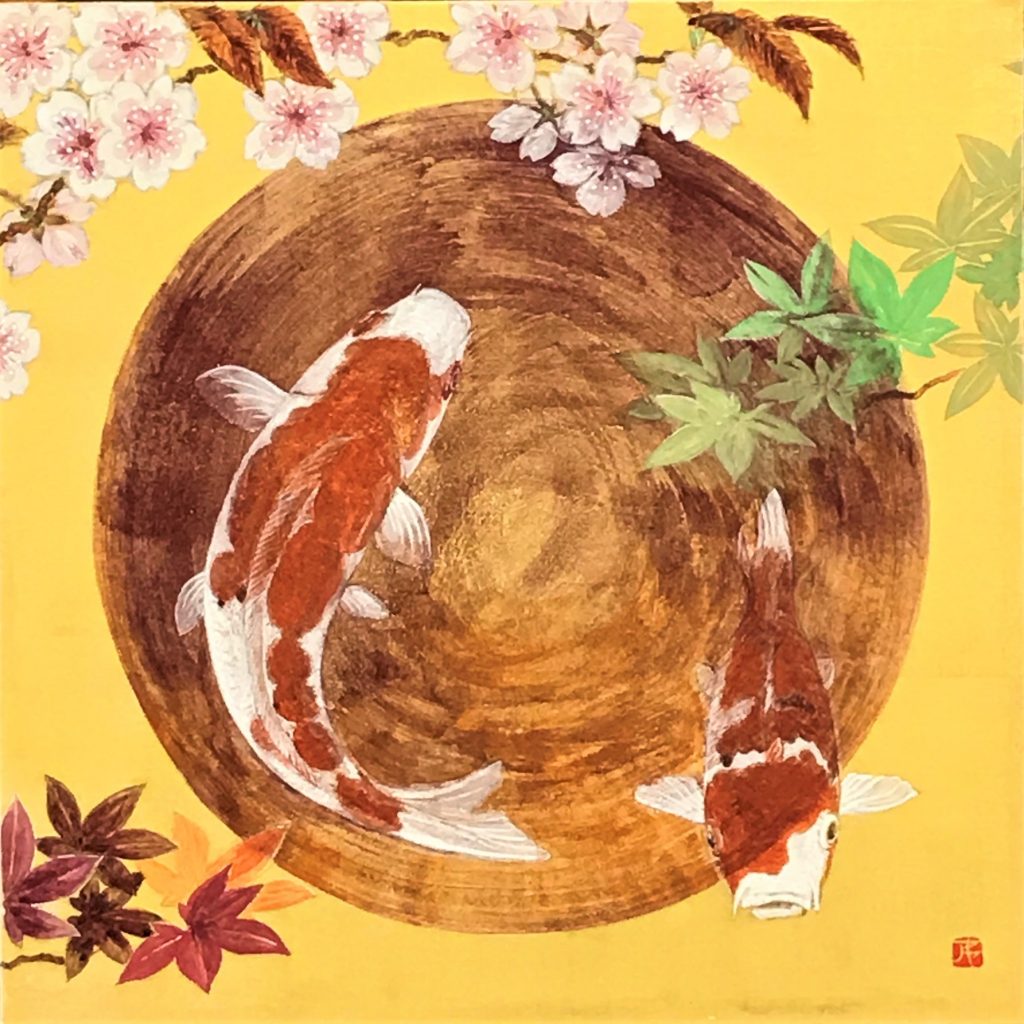 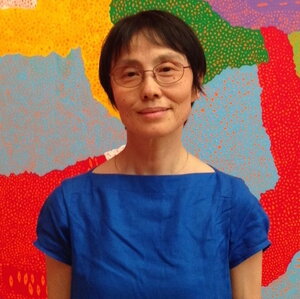 During her high school years, Aya Abe had a love of music, dance and drawing. At that time, her family moved from Japan to Ithaca, New York for one year, and Aya experienced going to a local high school.

As a result, for the first time Aya really thought about her own Japanese culture, and she was able to do so with the perspective of an outsider. And this had a considerable influence on Aya’s decision to major in Japanese painting at university. It takes time to grow familiar and skilled with the materials used in Japanese painting. Because the pigments used in traditional Japanese painting have no adhesive characteristics, one must also use an animal-based glue called “nikawa.” One melts the nikawa, pours pigment powder onto a plate, adds the right amount of melted nikawa, and using the fingers, kneads the mixture well. When it’s cold in winter, one may need to warm the mixture in the palm of one’s hand to prevent the nikawa from solidifying again.

While interacting with her changing art materials, Aya paints the colors she makes in this traditional way on Japanese paper with a brush. She is uncompromising in her commitment to using traditional Japanese art materials, with which she is exploring contemporary Japanese expression of flower themes. Aya’s main exhibitions have included “Floraison et défloraison” (Flowering and deflowering) in 2013 at L’Espace Culturel Bertin Poirée in Paris, France; artexpo New York in 2014; and Florence Biennale 2015 (Xth Edition, Art and the Polis) at the Fortezza da Basso in Florence.