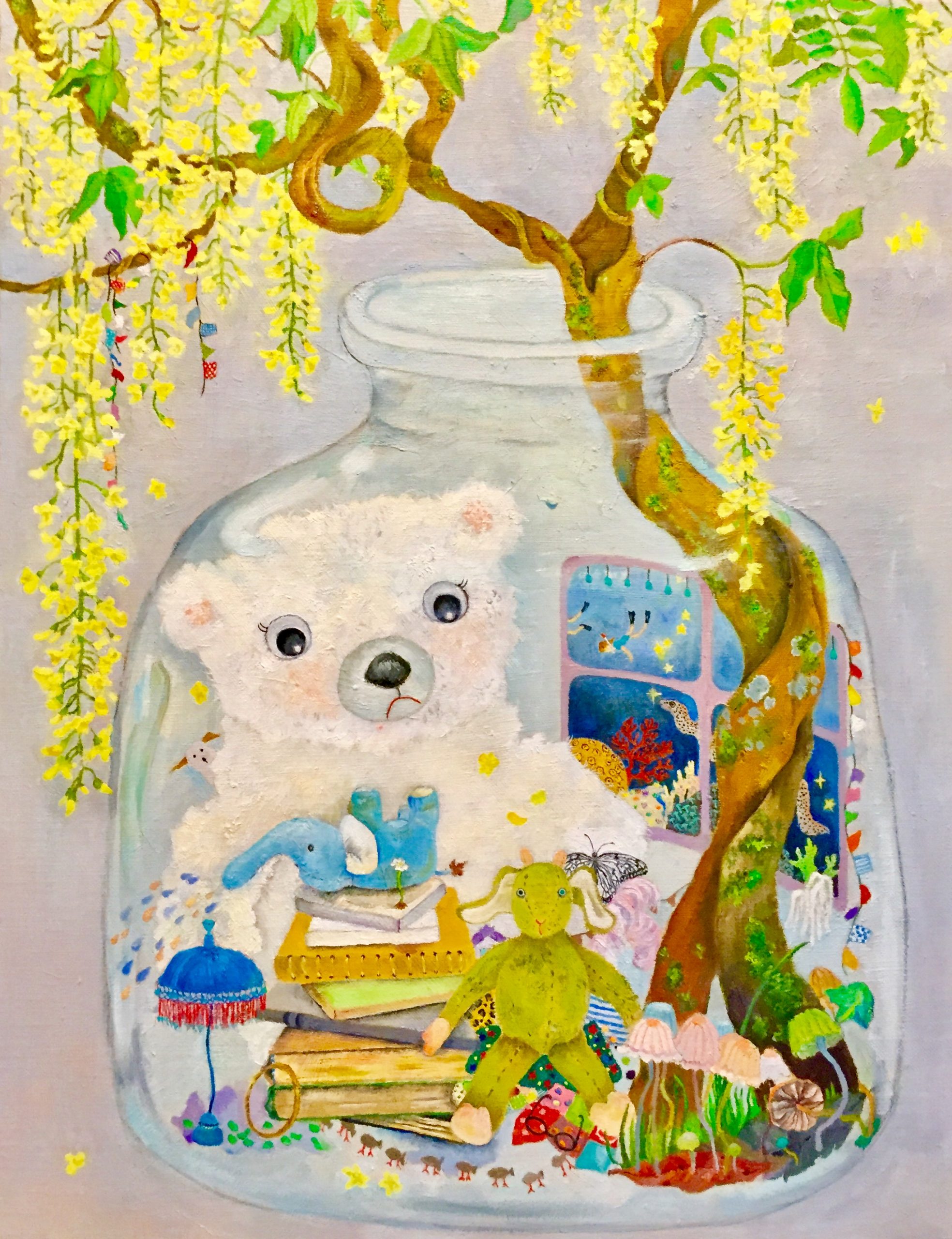 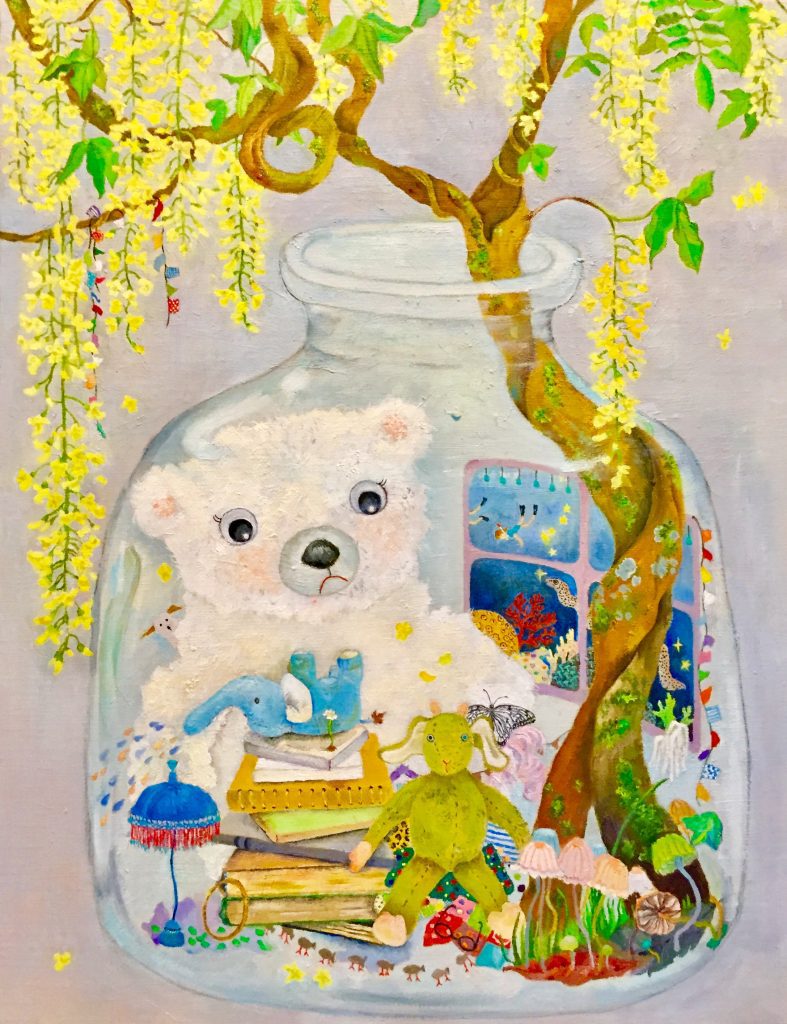 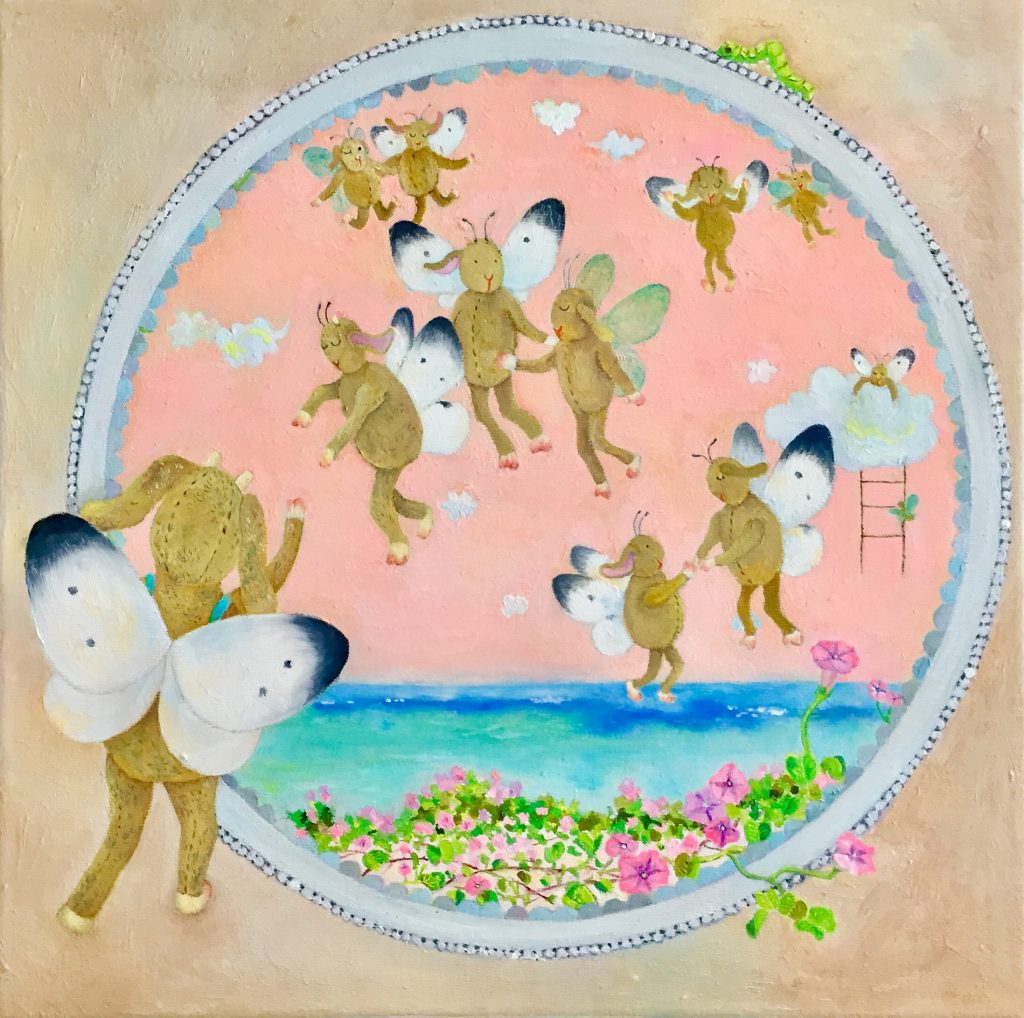 Dream of a Butterfly 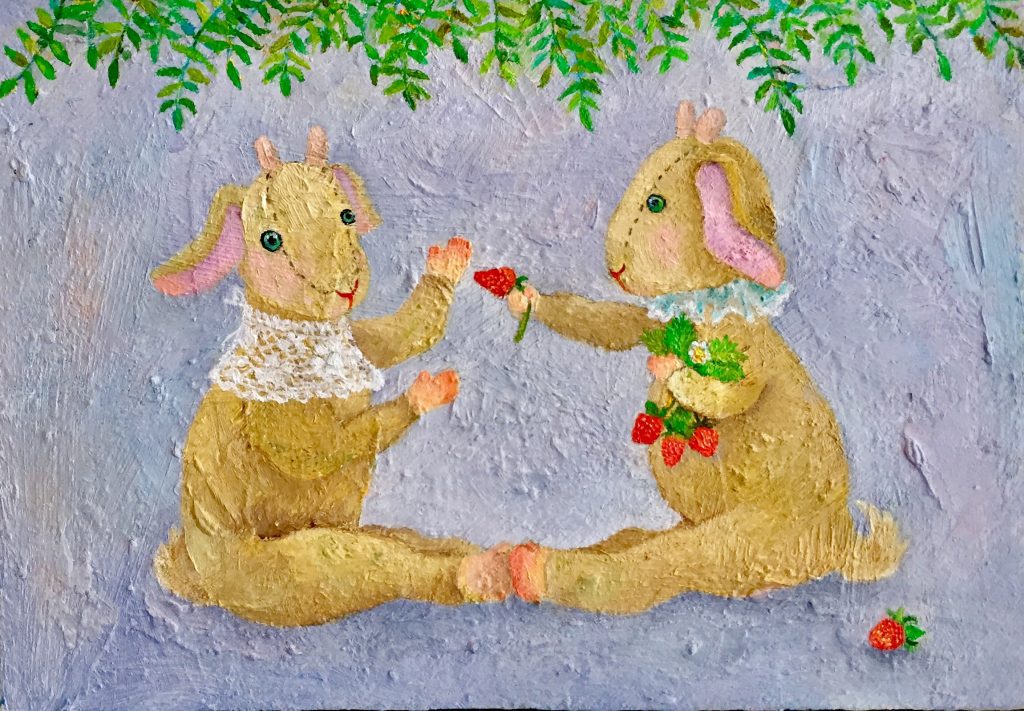 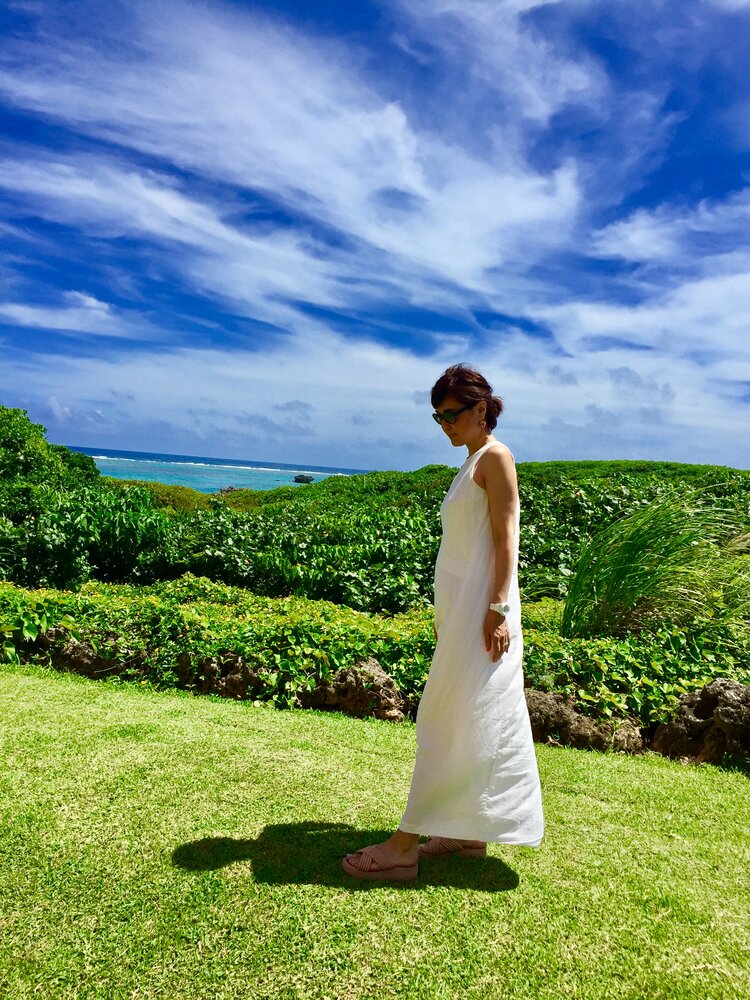 In ekamaka’s artworks, tropical plants, butterflies, goats, and various sea creatures are depicted in an empty space, which makes it seem like everything is falling into an illusionary world. At first glance, the viewer perceives ekamaka’s artwork as inconsistent, but for some reason, it becomes satisfying  layers of imaginations. The colorful artistic effects and brushstrokes form a complementary rhythm as ekamaka exercises an expression similar to that of telling a fantasy story.
ekamaka was born in Tokyo.

Her artworks are influenced by the Japanese traditional concepts of “Sansen Somoku Shitusu‘u  Bussho,” which is that  all things have the Buddha nature,  and “Kotodama, ”which is the miraculous power of language.

Extensive reading also impacted her ideas.
ekamaka held solo exhibitions at Gekkoso Ginza, Tokyo in 2011, 2014, 2016, 2018.
In 2007, she won the outstanding performance award at the 16th ALL JAPAN for the great prize of painting, Art Salon.
In 2008, she won the Fuji Television award at the 21th The Ueno Royal Museum.

ekamaka is looking forward to what is to come.