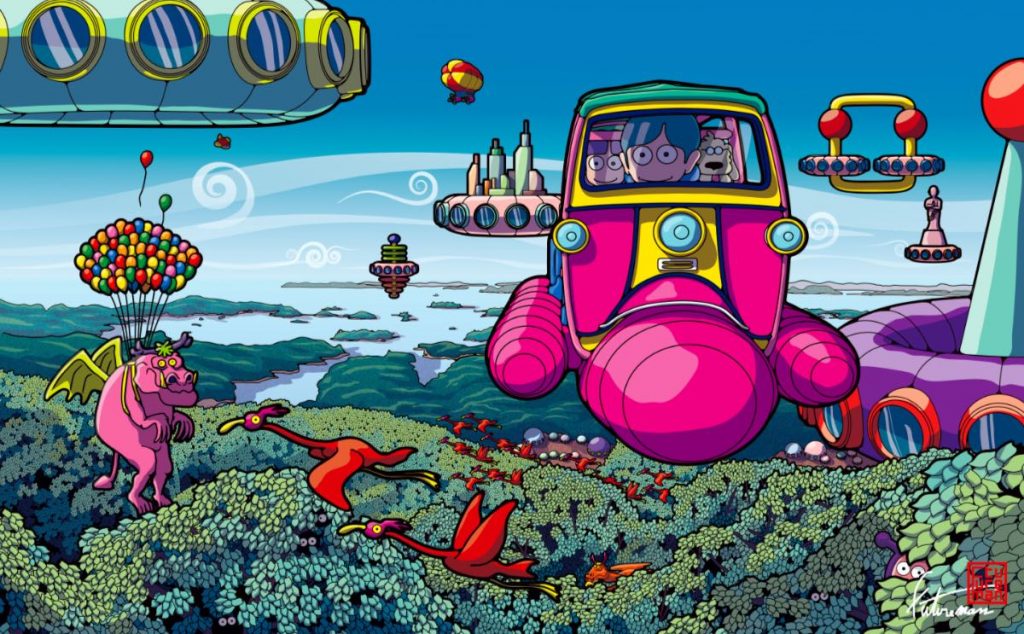 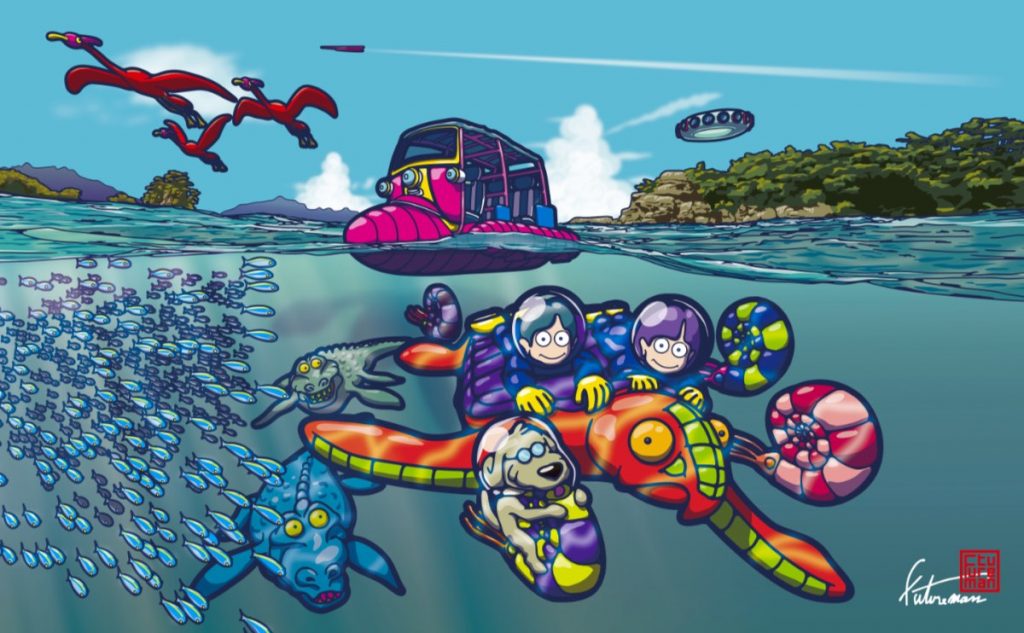 99island in the sea 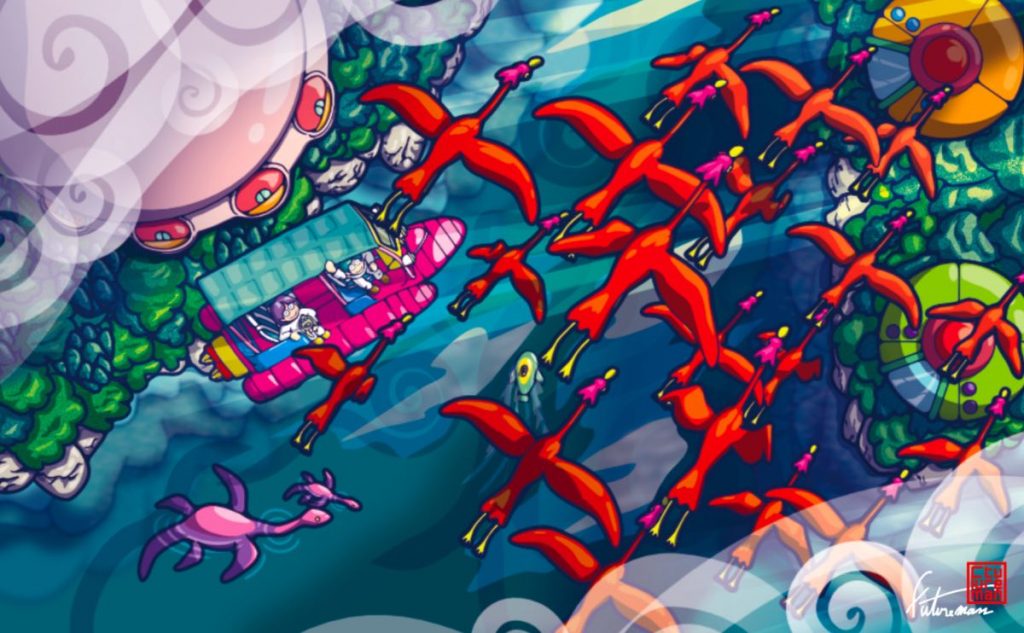 99island on the sea 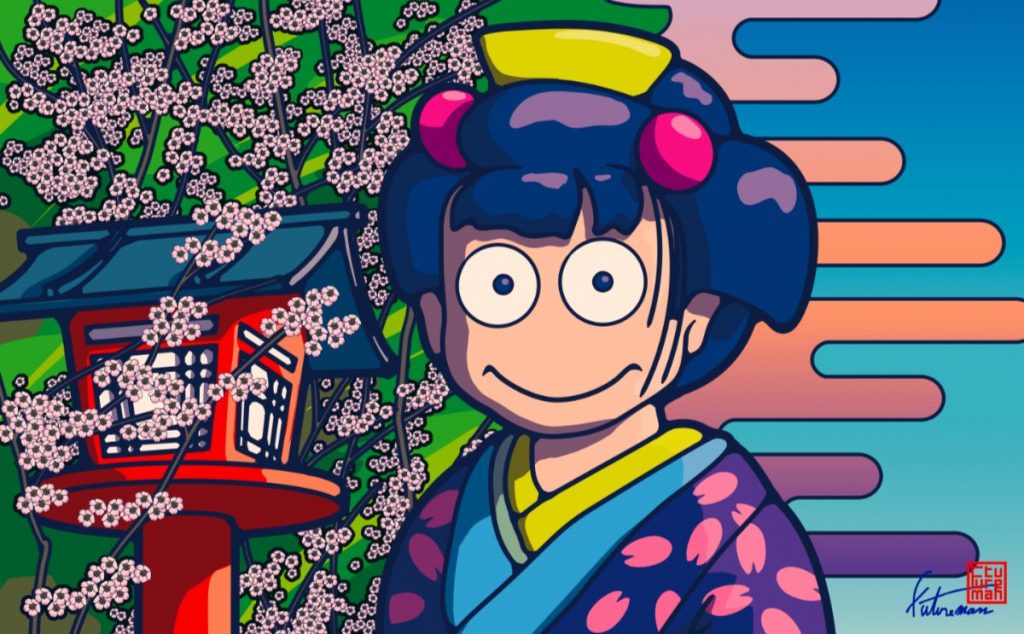 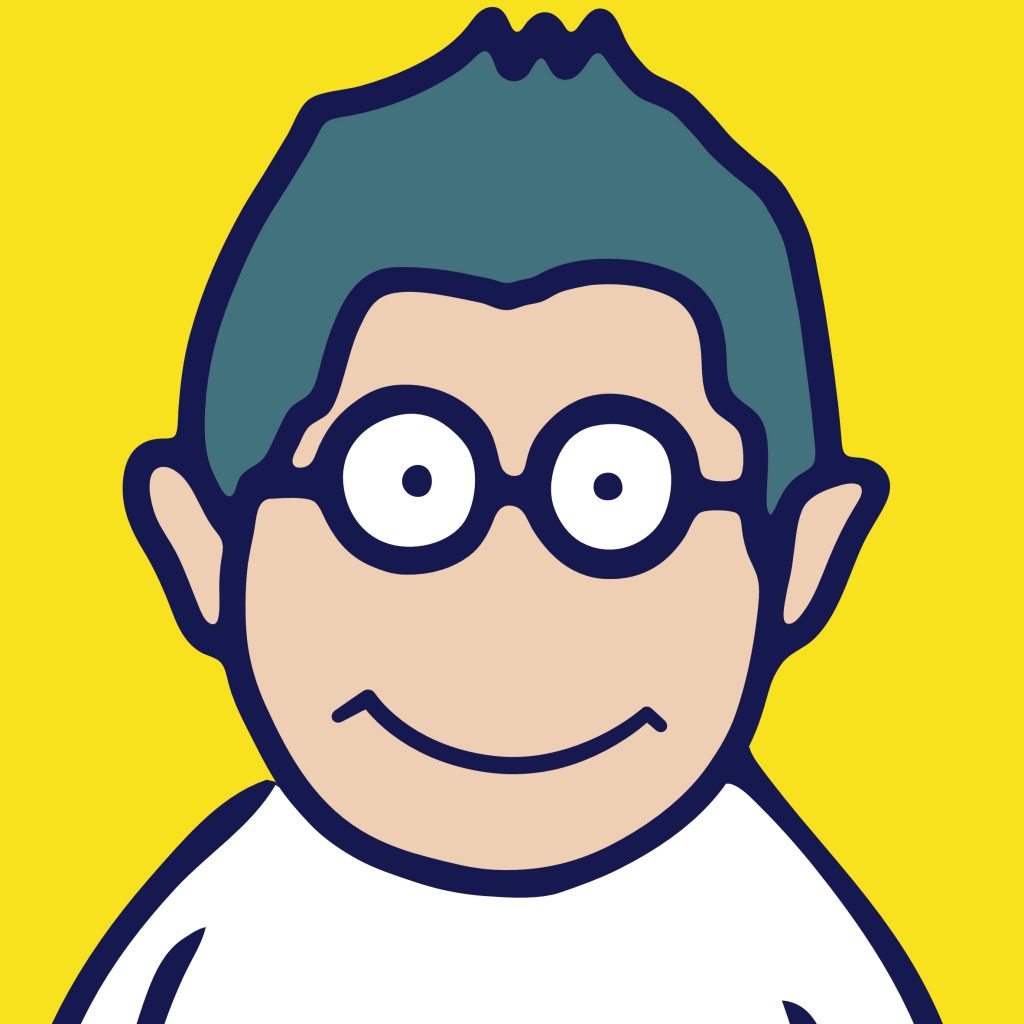 Futureman creates his works under the philosophy: “The future is created by living life to the fullest in the present.”

In 1965, he was born in Hamamatsu, Shizuoka, the heart of a famous industrial area that has produced the founders of major companies such as TOYOTA, HONDA, and YAMAHA.
Though his primary field of study was mechanical engineering, his encounter with Surrealism through the art book on Yves Tanguy captivated him, thus leading him to spend every day painting. As he started working, however, he put his painting brushes down.

At the age of 48, he began studying counseling through which he encountered the message that he now bases his creation on. As he confronted his own emotions while providing support to others, he began to notice the existence of an impulse that is inexpressible in any form. He even experienced the impulse overflow in him at the museum. One day, the impulse changed its form to a clear image welling up from himself, leading him to portray the retro-futuristic worldview through the eyes of Futureman.
His work has gained recognition through numerous awards and features in publications. The prizes include the Gold Prize in illustration at Kumamoto International Manga Festival 2018, Honorable Mentions in Asia Illustration Annual Award 2018 and 2019, and the Bronze Prize at IA Illustration Award 2021. He was also featured in “100 ILLUSTRATORS most attractive in the world” vol.1 and vol.2.

He now develops an NFT series “Hope4Futute” to convey the message “The future is created by living life to the fullest in the present” further. He also has been expanding the scope of his artistic expression from solely 2D to 3DG and the creation of the Futureman world in the metaverse.

The future is created by living life to the fullest in the present. The artist, alongside Futureman and other figures, continues his creative activities to bring the future to people.