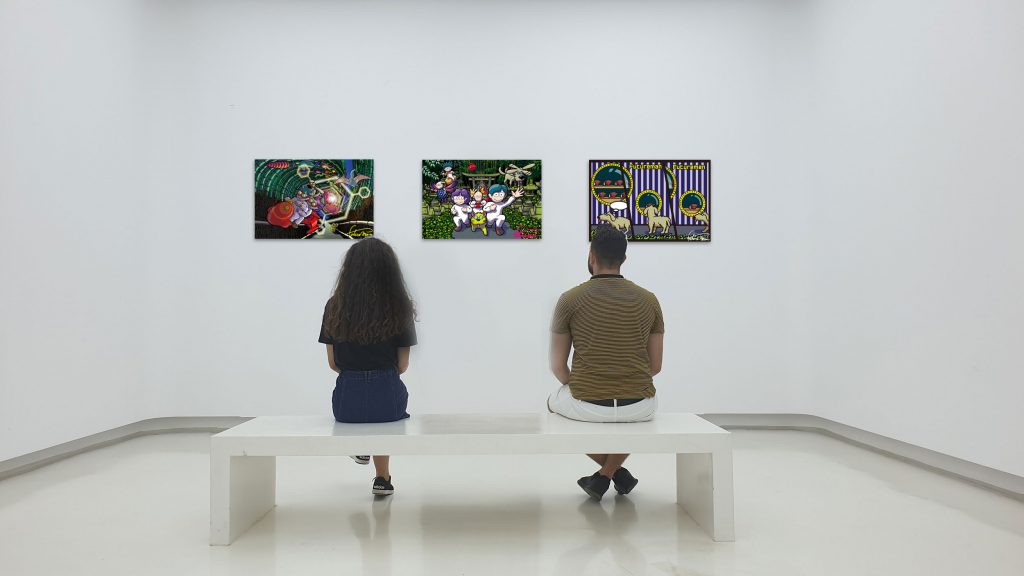 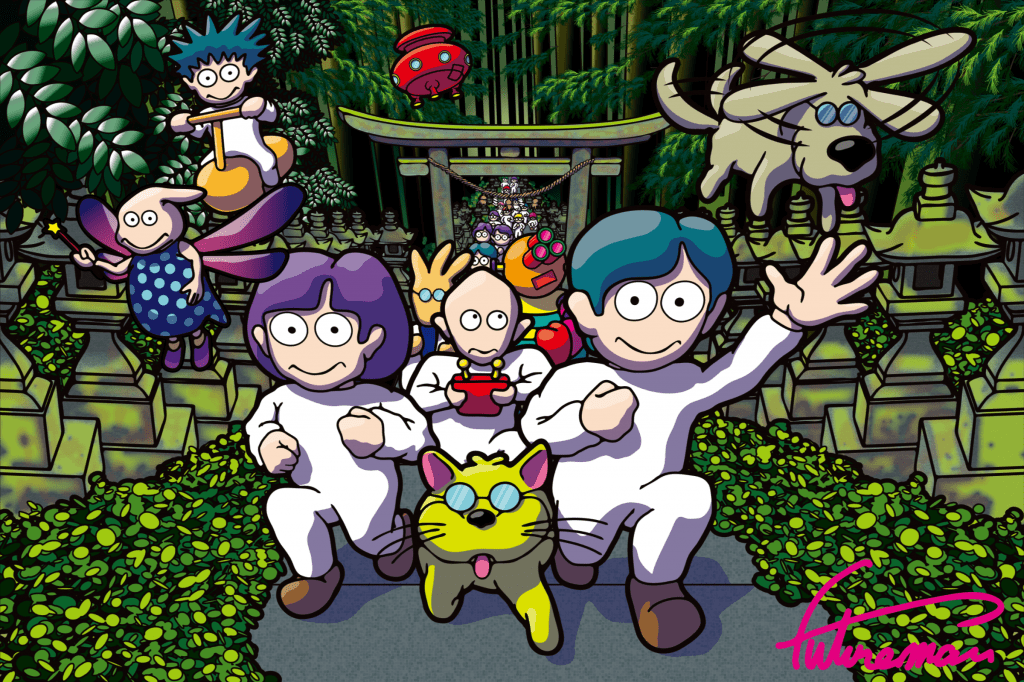 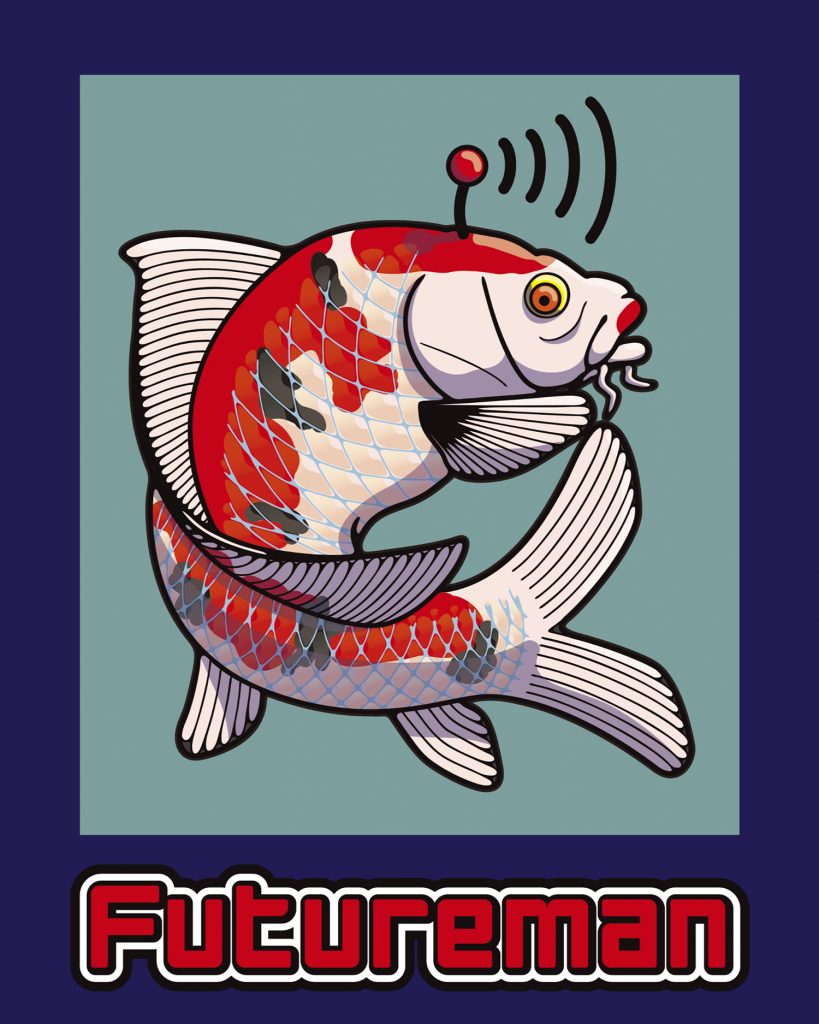 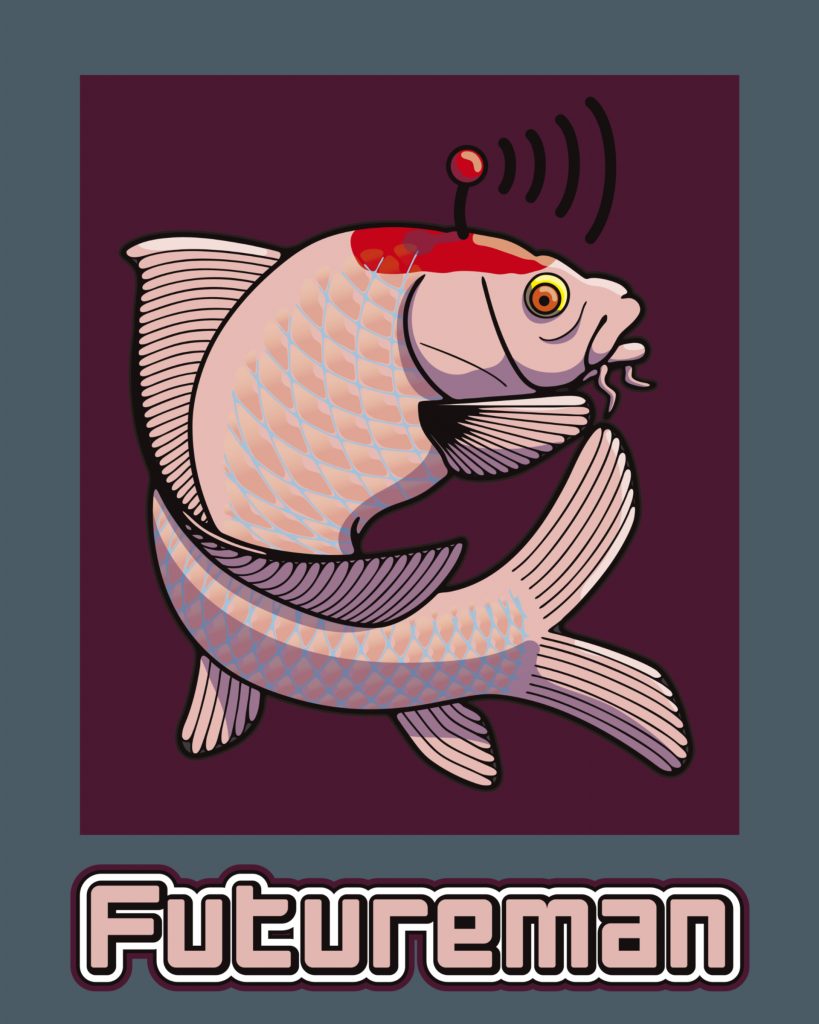 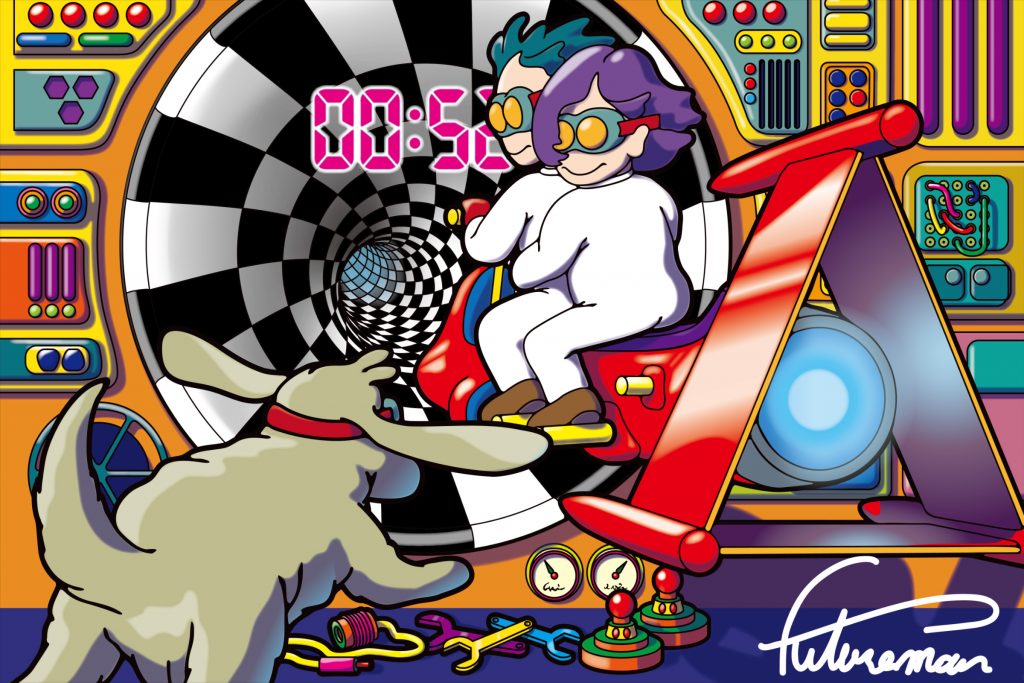 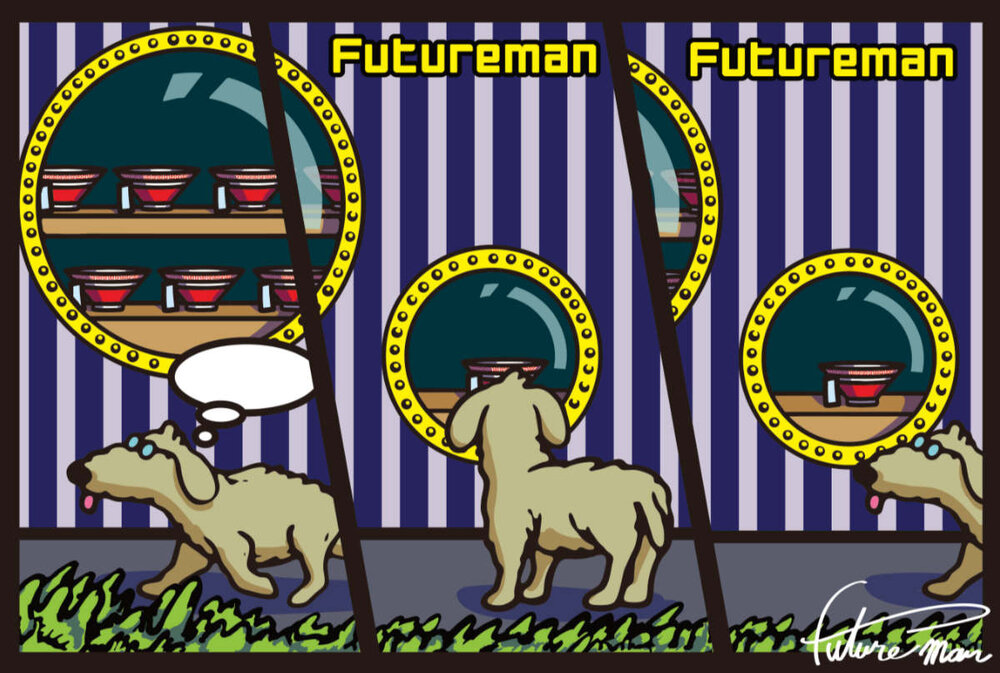 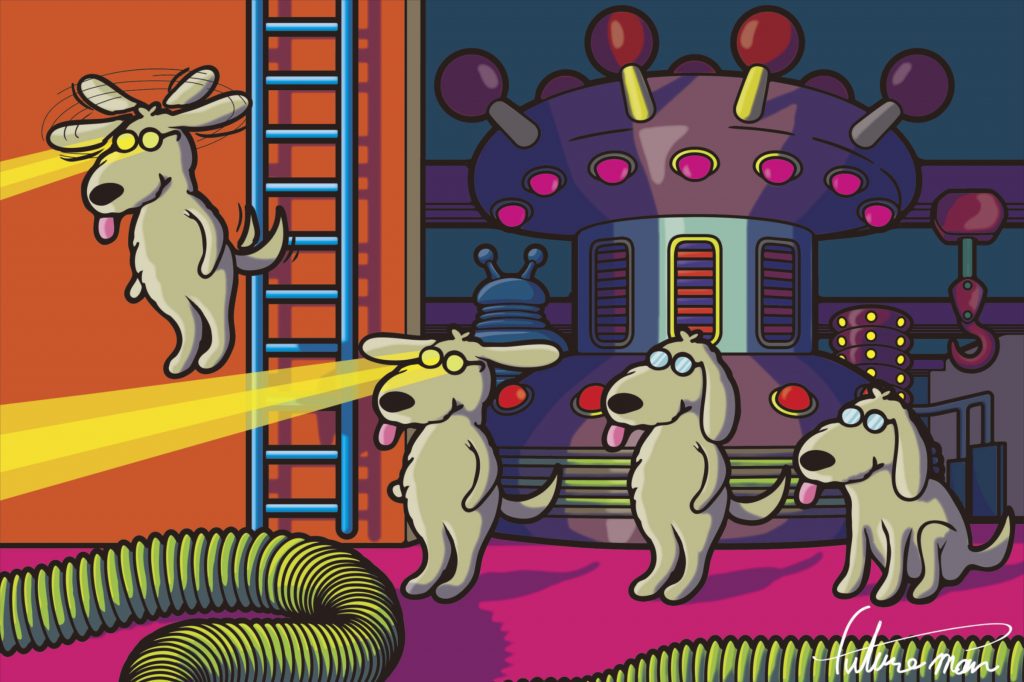 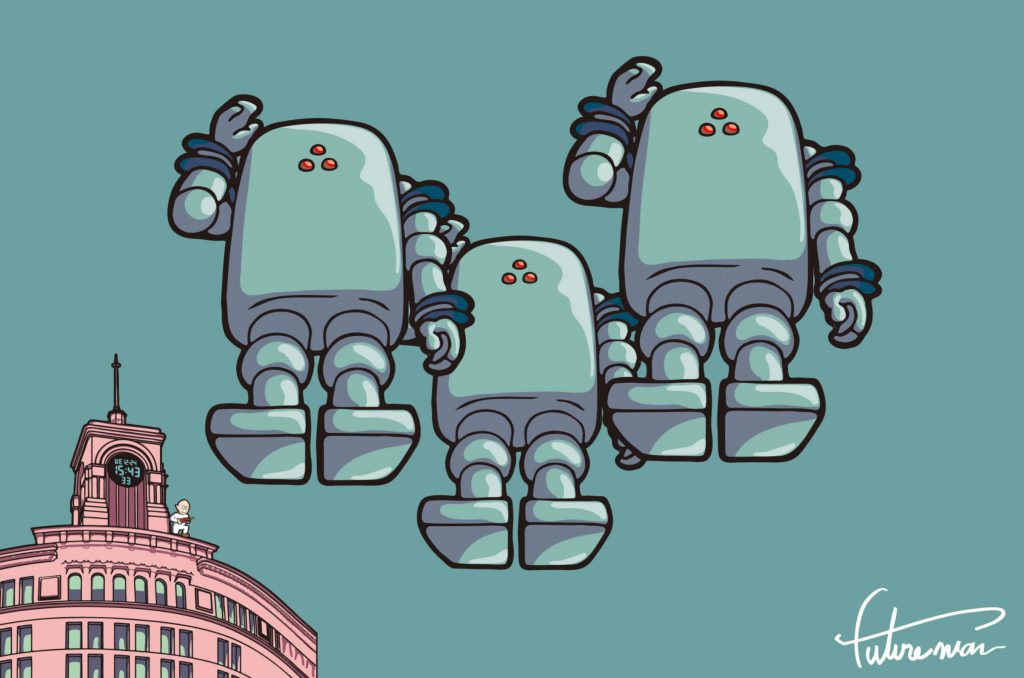 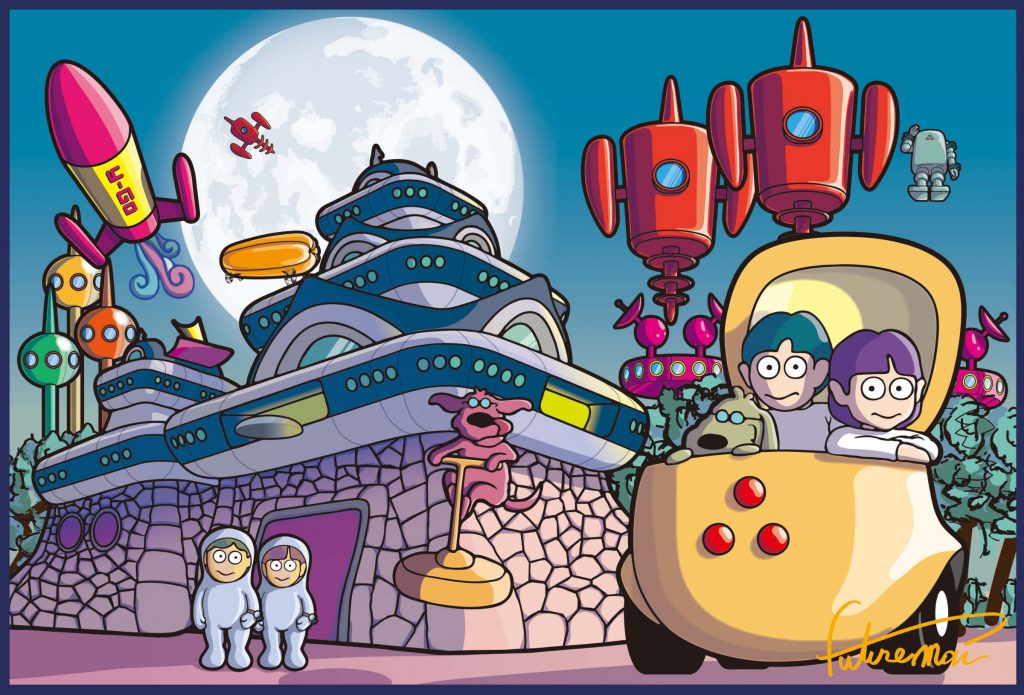 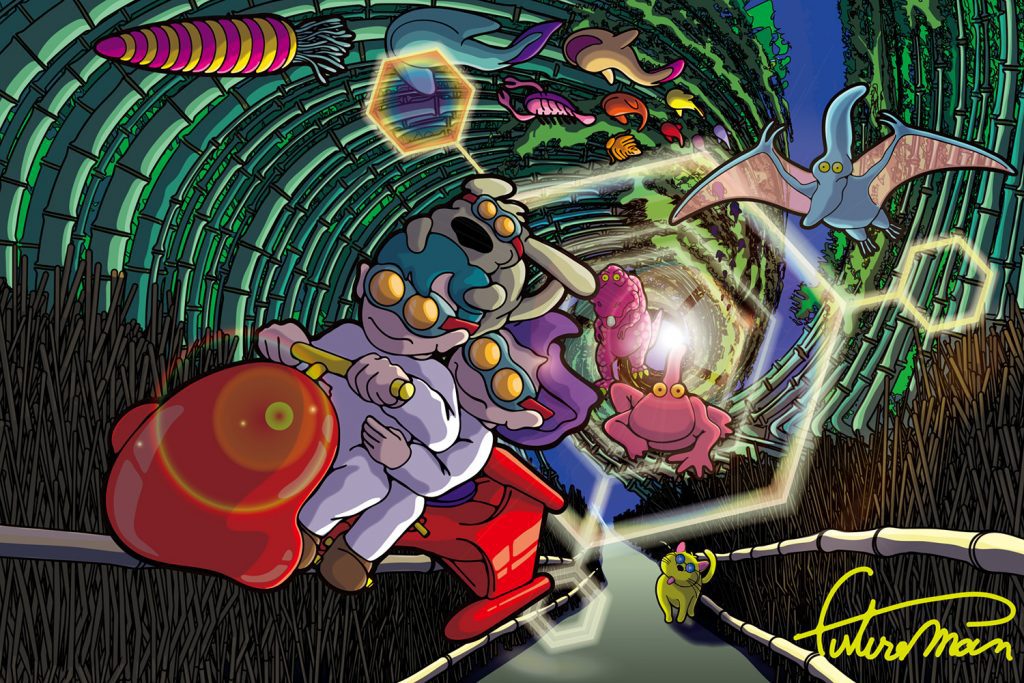 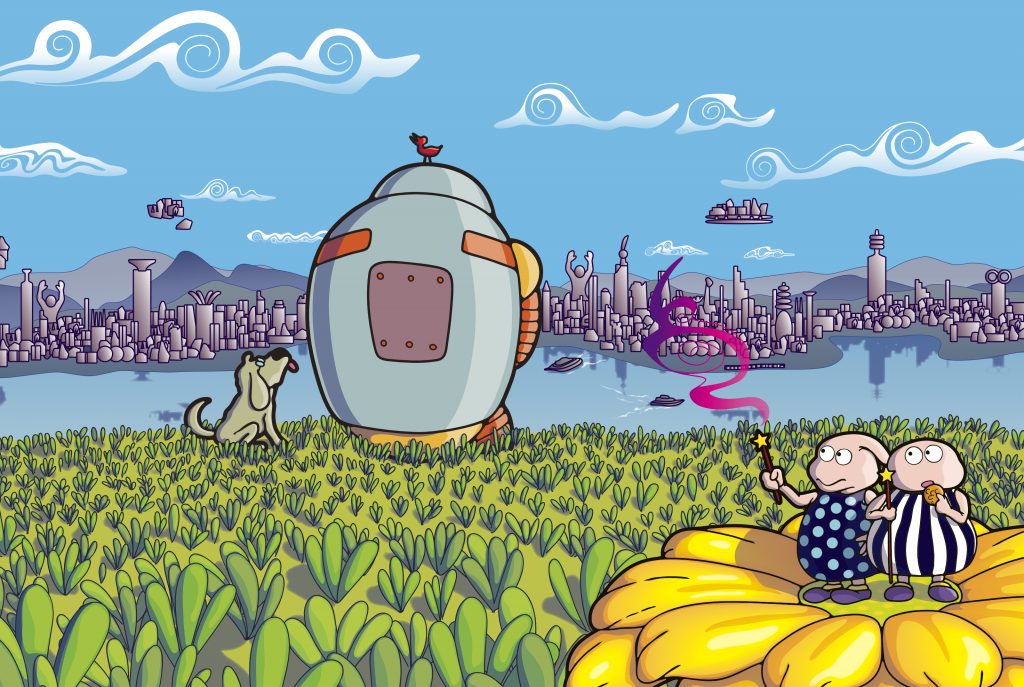 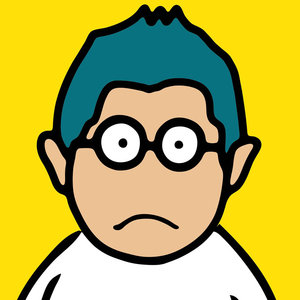 The artist known as Futureman was born in Hamamatsu City, located in the Shizuoka Prefecture of Japan in 1965. This area is famous for founders of global brand companies like Toyota, Honda, Yamaha, and others.

Futureman looked up to heroes in his early childhood like Thunderbird and Ultraman He enjoyed making figurines, and spaceships out of styrofoam and paper. One could say his desire, sincerity, and his sense of justice in creating works of art were fostered at this time.

While he was studying mechanical engineering in high school, he committed himself to surrealism upon encountering the collection of a surrealist painter known as Yves Tangey, thus spending his time each day painting. He also developed a yearning for the clothing designer Kansai Yamamoto, creating hand-knitted clothing on his own.

Futureman then worked at a local electronics company, and continued making woodcraft in his spare time. He was also drawn to collecting clockwork fly catchers, and other antique equipment because of his interest in mechanics. “A machine that moves with a clockwork gives our hearts room that we tend to lose in modern life.” —Futureman

He began studying counseling when he became 48 years old, and while engaging in interpersonal support and facing his own feelings, he began to notice his existence as being a sort of vague impulse. This uncontrollable impulse burst forth when he participated in an exhibition, and he decided to create illustrations. He would then enter into a call for characters to be created for the 30th anniversary of the company he was working at, and this is where his Futureman persona first took shape. This led to this image coming into his mind, resulting in him launching into painting in a retro-future worldview through his Futureman persona. He also resurrected the joy he felt when he was making clothes when he took to printing illustrations on t-shirts, remembering the sense of growing happiness in his daily life. He wanted to share this enjoyment with others, so he launched the Futureman brand under the slogan “T-shirts Make You Smile!”.

His Futureman presence of today merges machines, heroes, fashion, and paintings he has nurtured in his life. The future is created by living to the utmost today. He has taken the first steps to be an artist who brings smiles to people’s faces with other Futuremen.