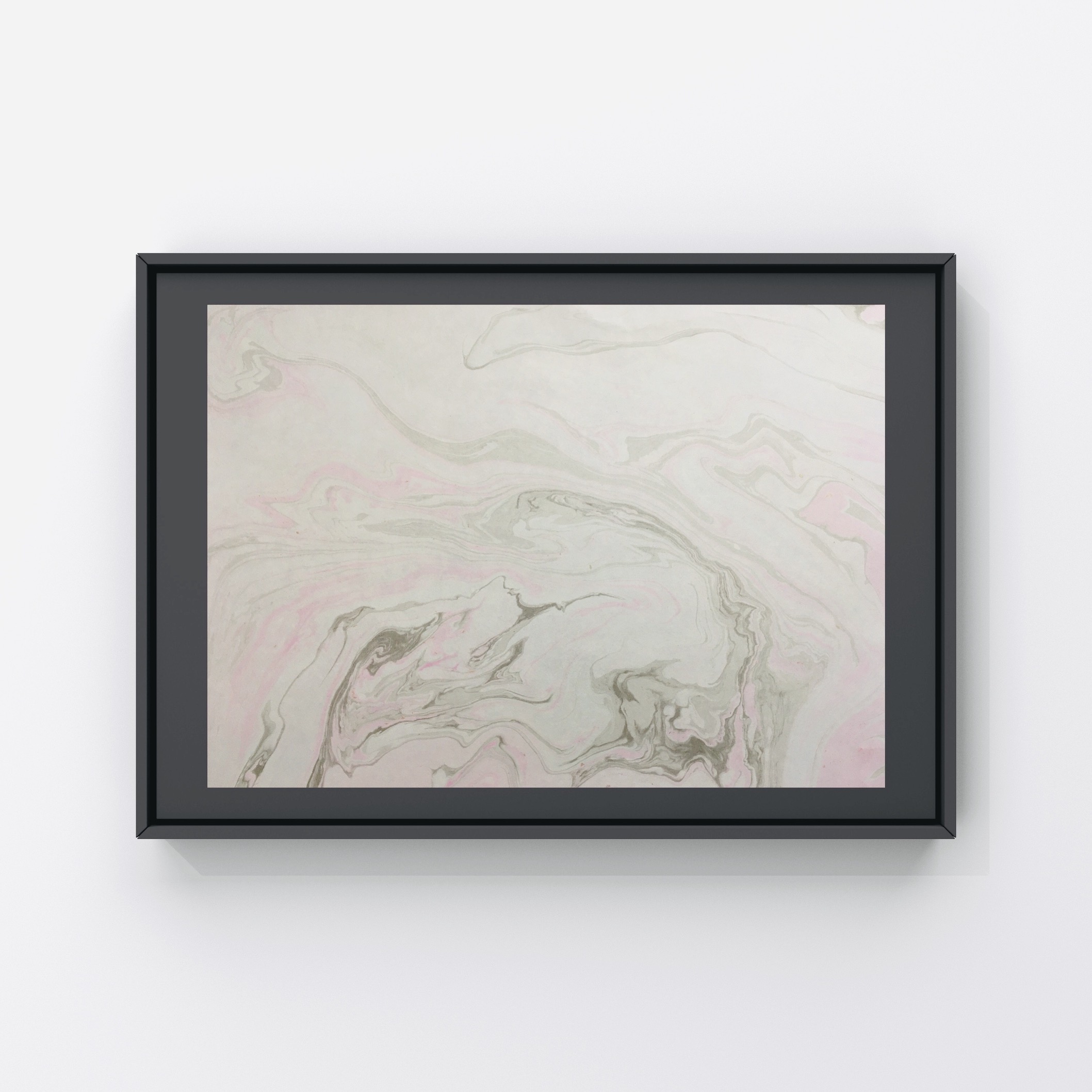 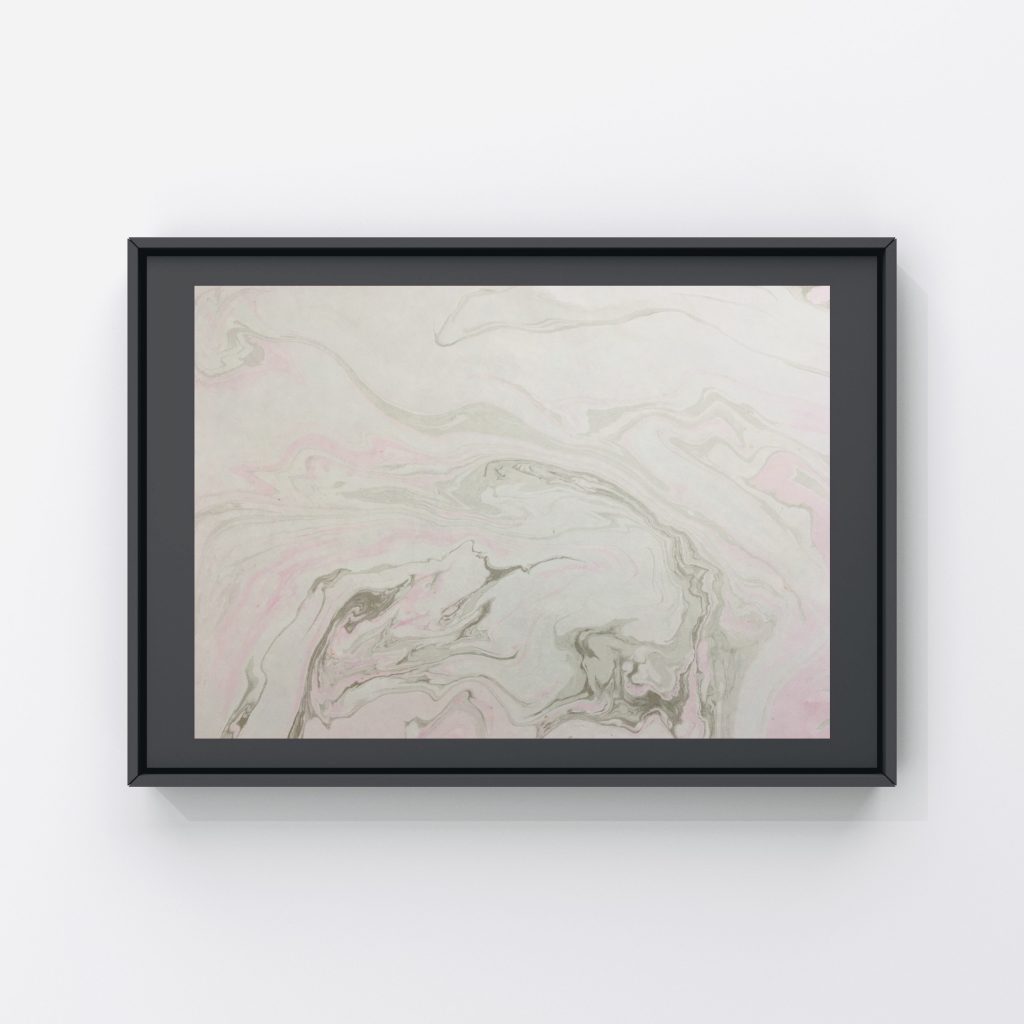 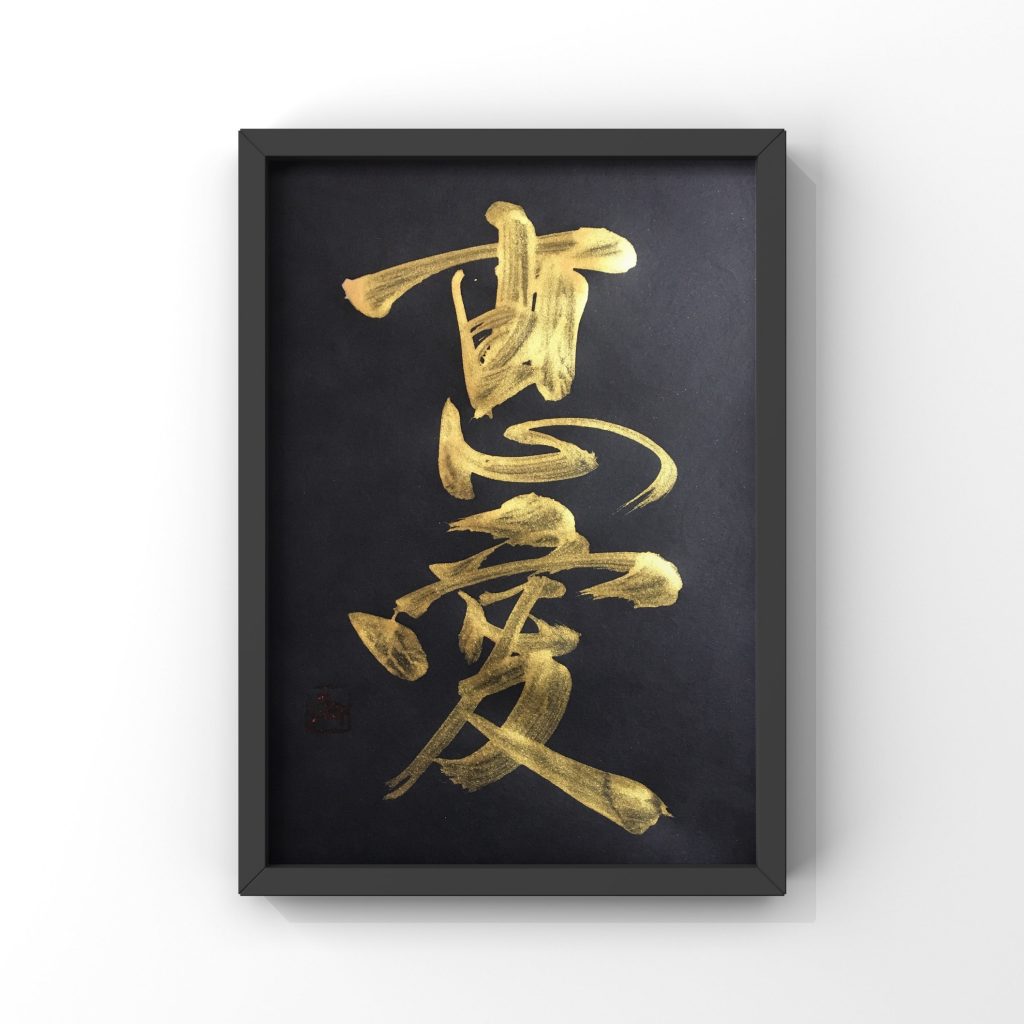 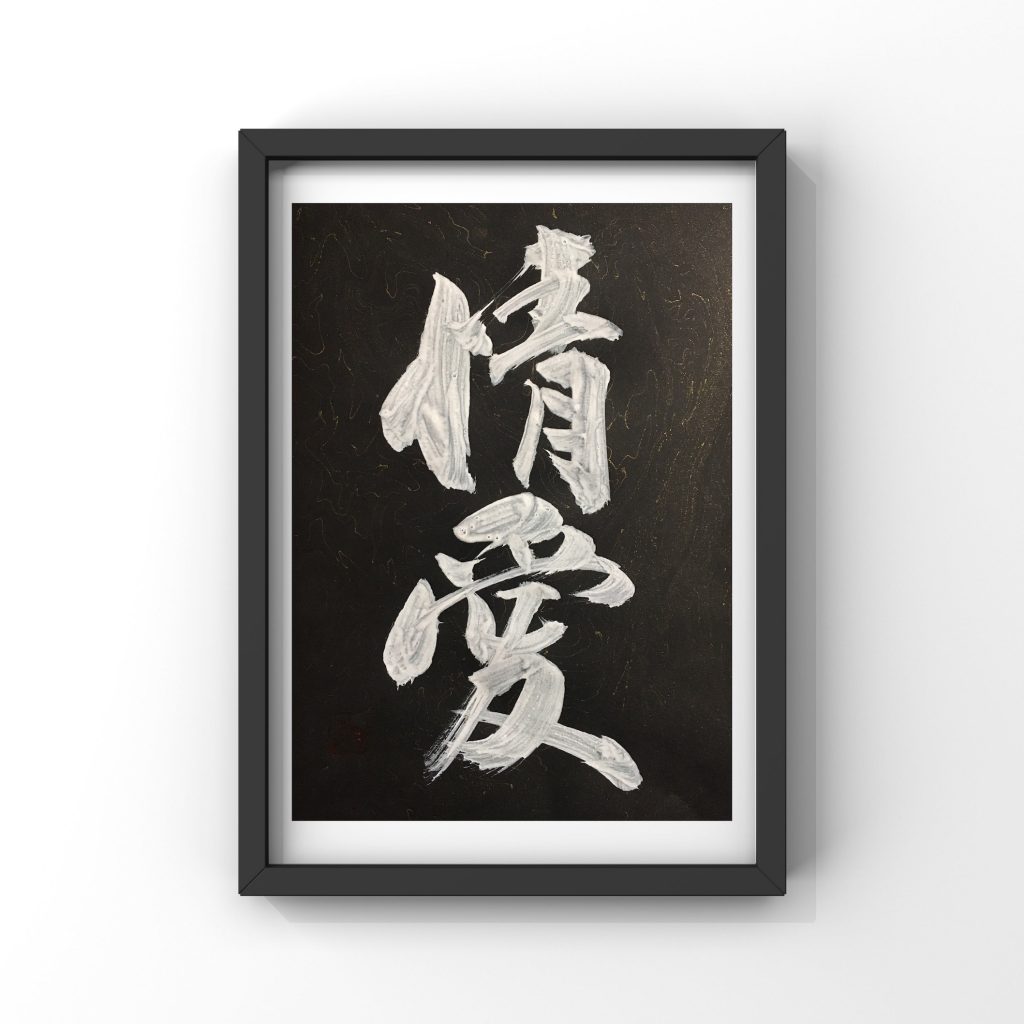 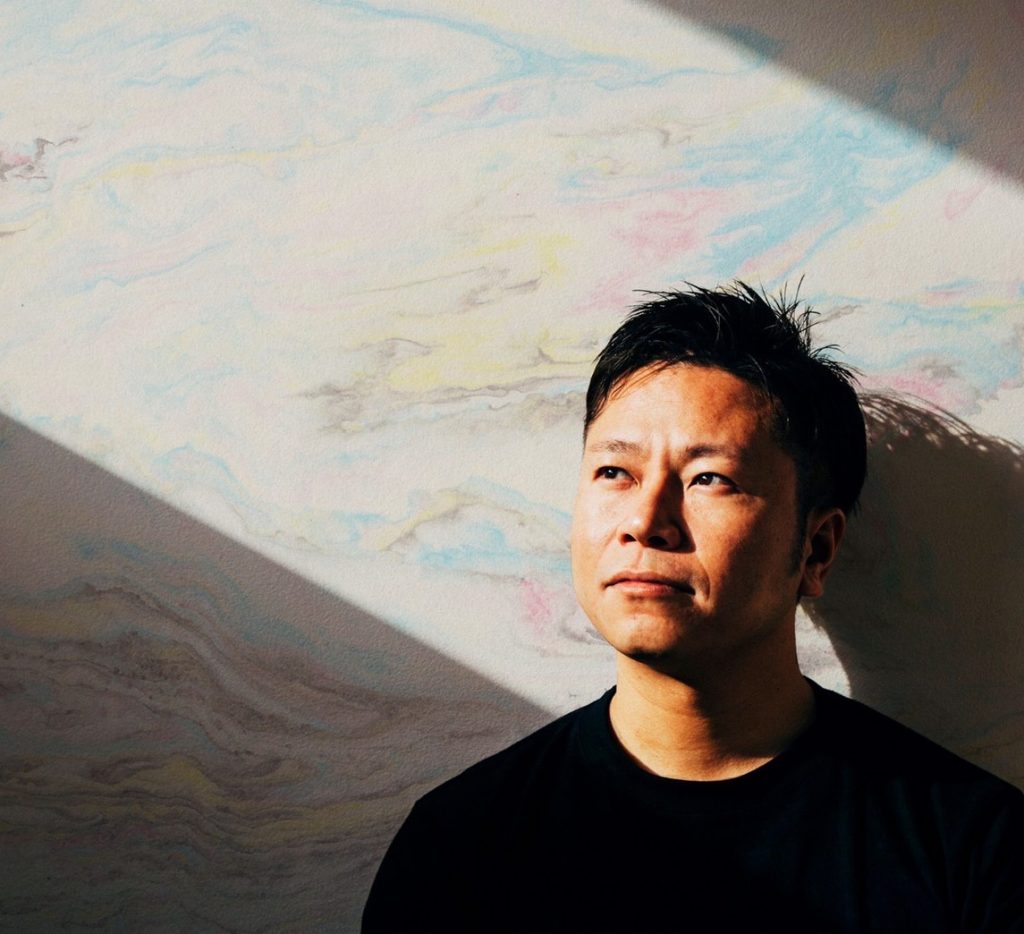 Kaku was born and raised in Takahama-cho, Ooi-gun, Fukui Prefecture, Japan.  He studied brush writing and calligraphy at the Japan Calligraphy School in Takahama from childhood.

He obtained a full-time teaching license in 2006.  He has been practicing creative writing since being employed as a local civil servant since 2005.  He resigned from his position in July 2017. He started being active as a calligrapher from September 2017, and has been working as a modern calligrapher expressing the meaning and aura of Japanese characters through calligraphy and paper marbling, a traditional Japanese paper dyeing technique. Promoting the culture of Japanese characters worldwide He has been exhibiting his works at modern art shows held in Japan, presenting them in overseas exhibitions as well as actively selling them since 2016. His ZEN work (National Art Center) was selected for presentation at the 18th France-Japan Multinational Contemporary Art Exhibition in August 2017.  His WAGOKORO work (Espace Corrine, Paris, France) was selected for presentation at the 31st Salon International de Paris in November 2017.  HIs ZEN work will be exhibited (Hijon, Spain) as a special recommendation at the 50th Anniversary Spain Art Award Exhibit. from Monday, May 28 to Sunday, June 10, 2018. He is also active in creating brush character logos, calligraphy on bulletin boards and other mediums, devising and selling works upon request in Japan (hanging scrolls and paintings), with orders coming in for these both domestically and internationally.