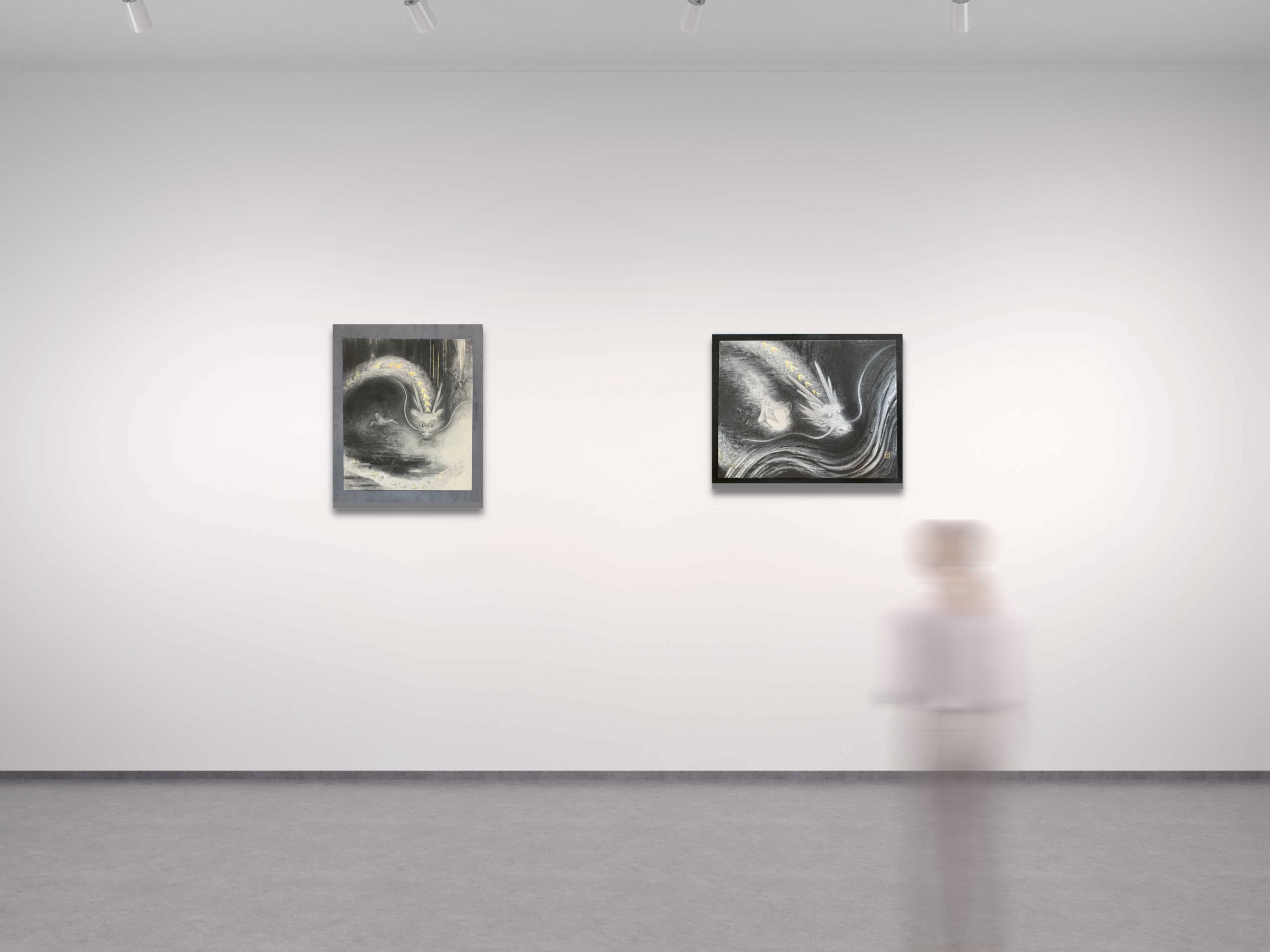 I paint my works with prayer and encouragement, having gravitated toward the color black that bears a range of deep hues.

I hope you find a small trace of courage in them. 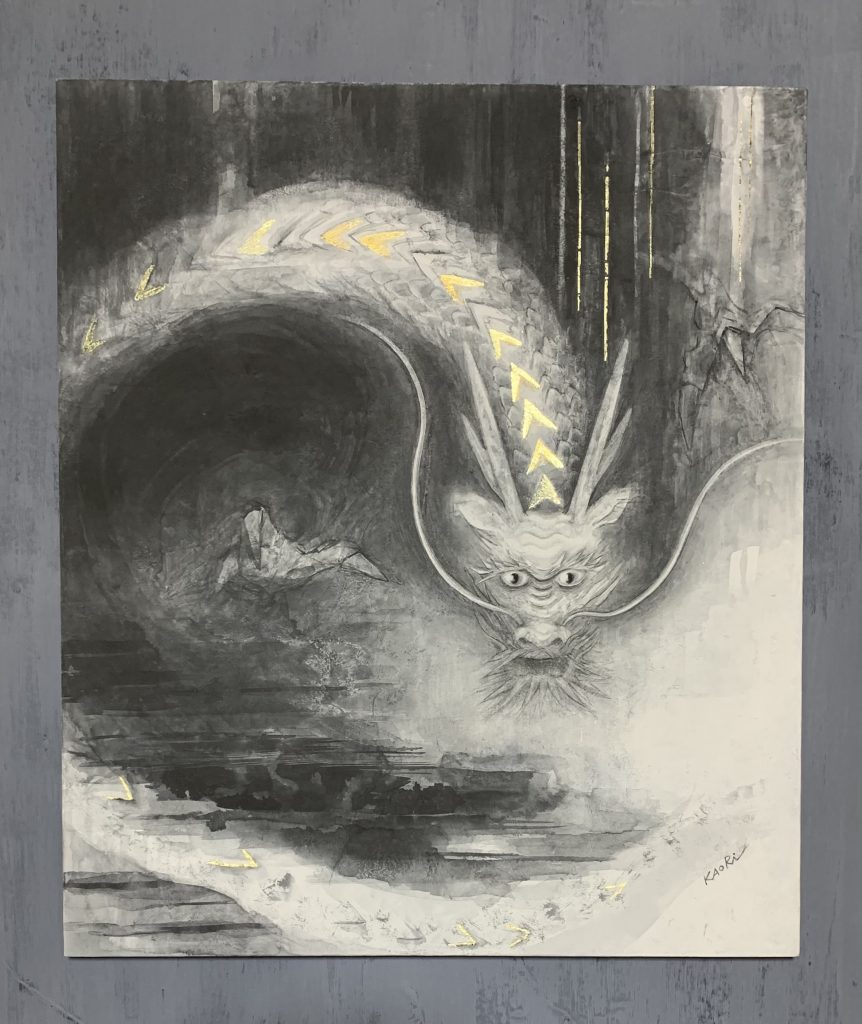 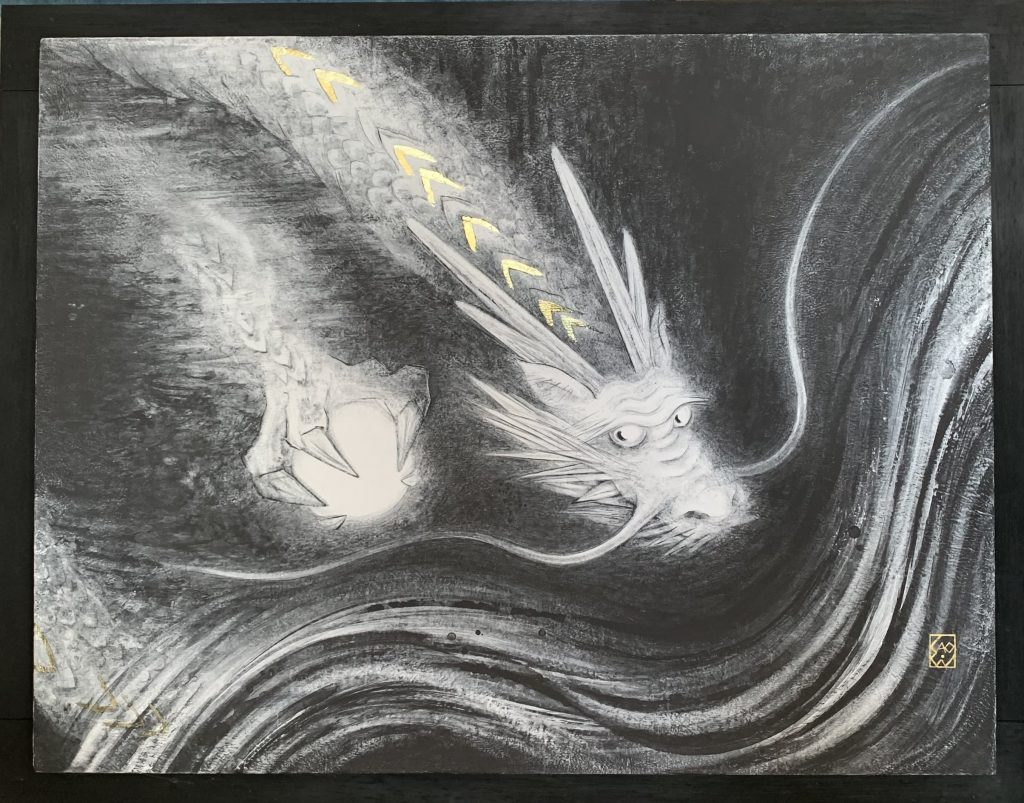 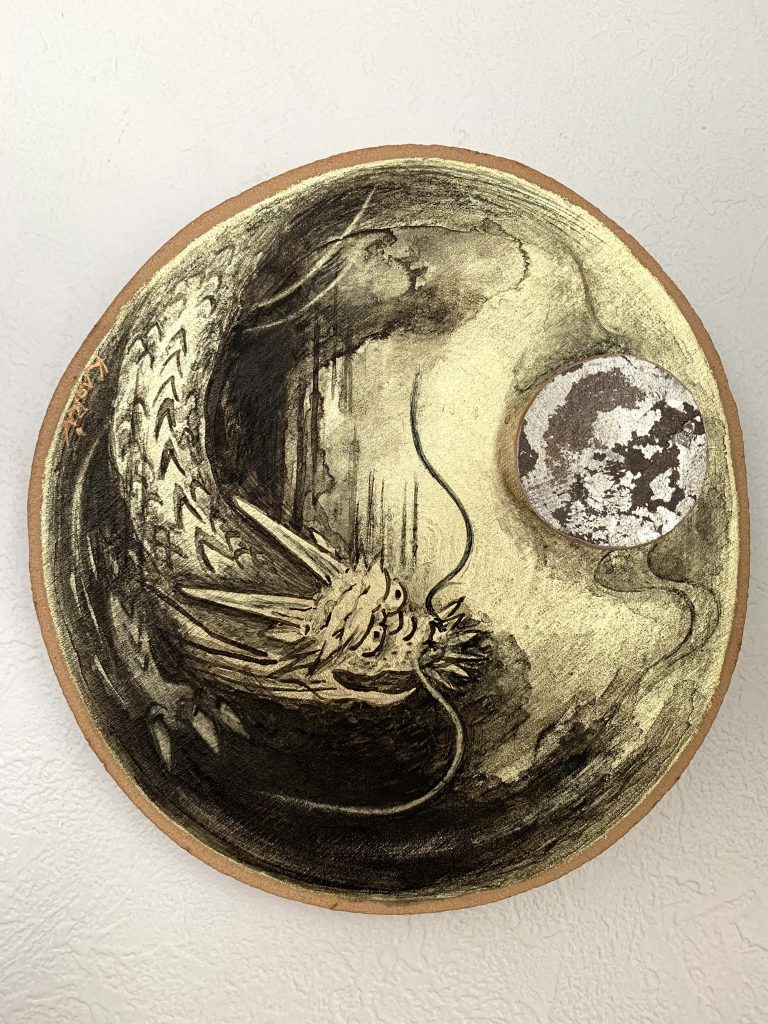 Play with the moon 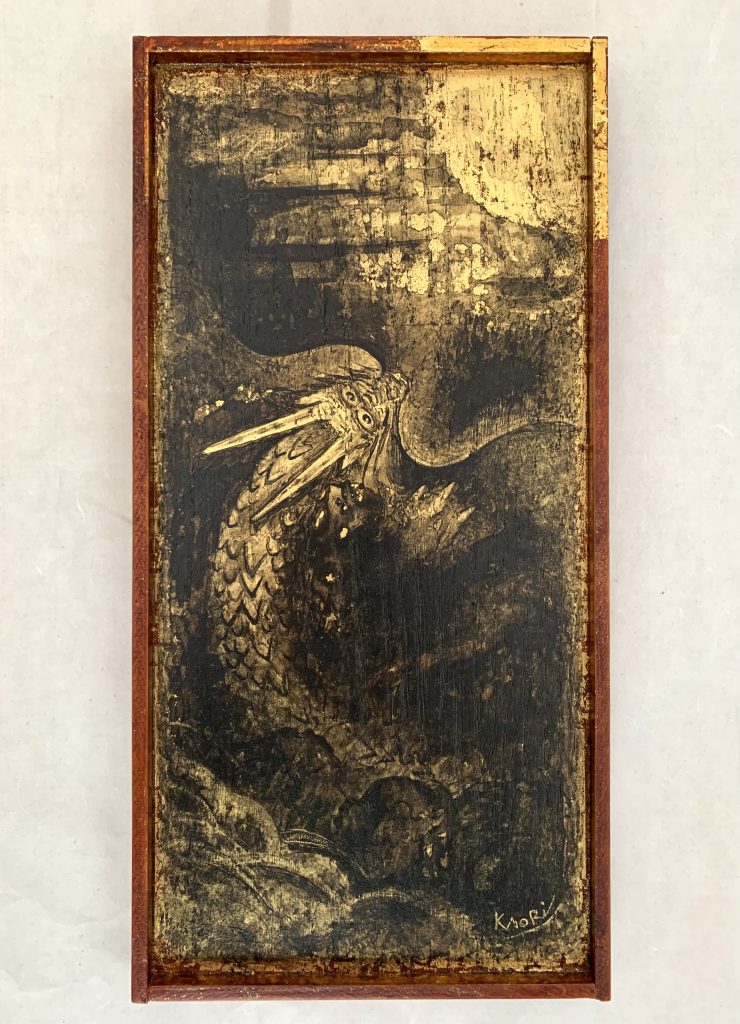 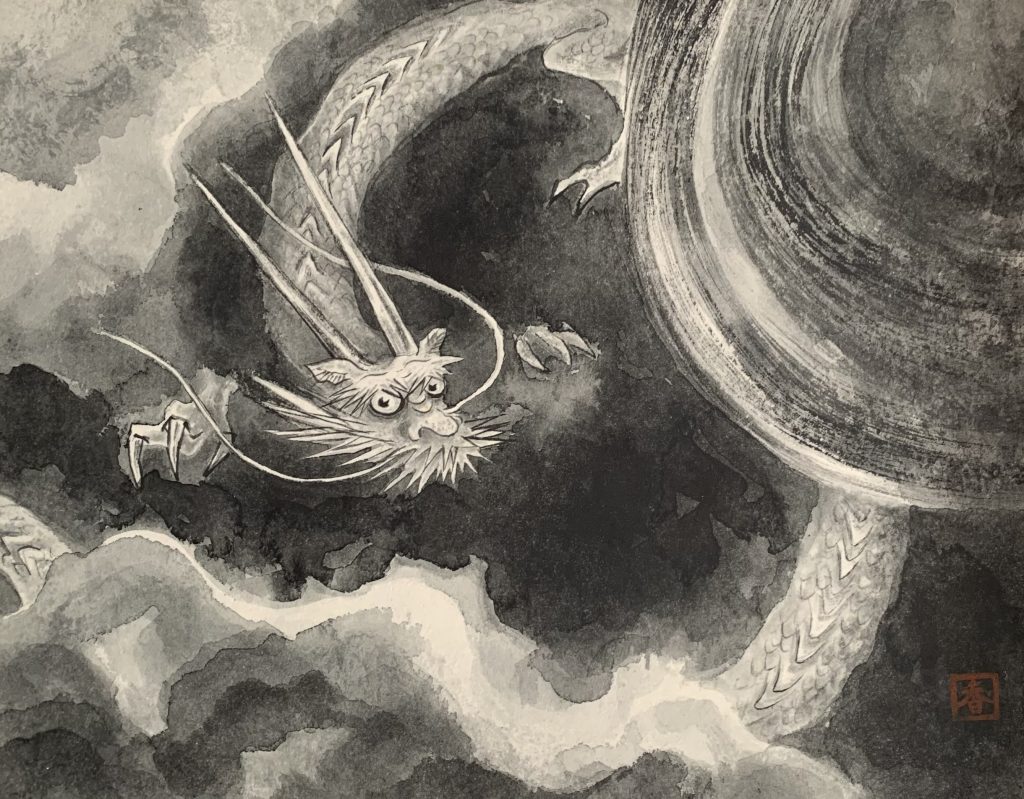 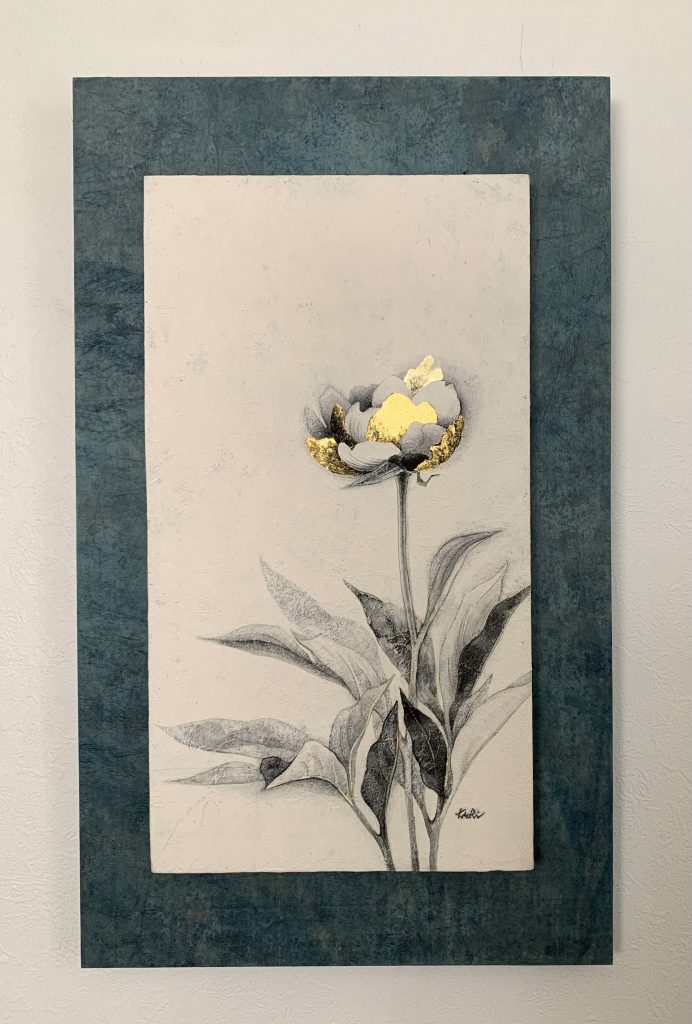 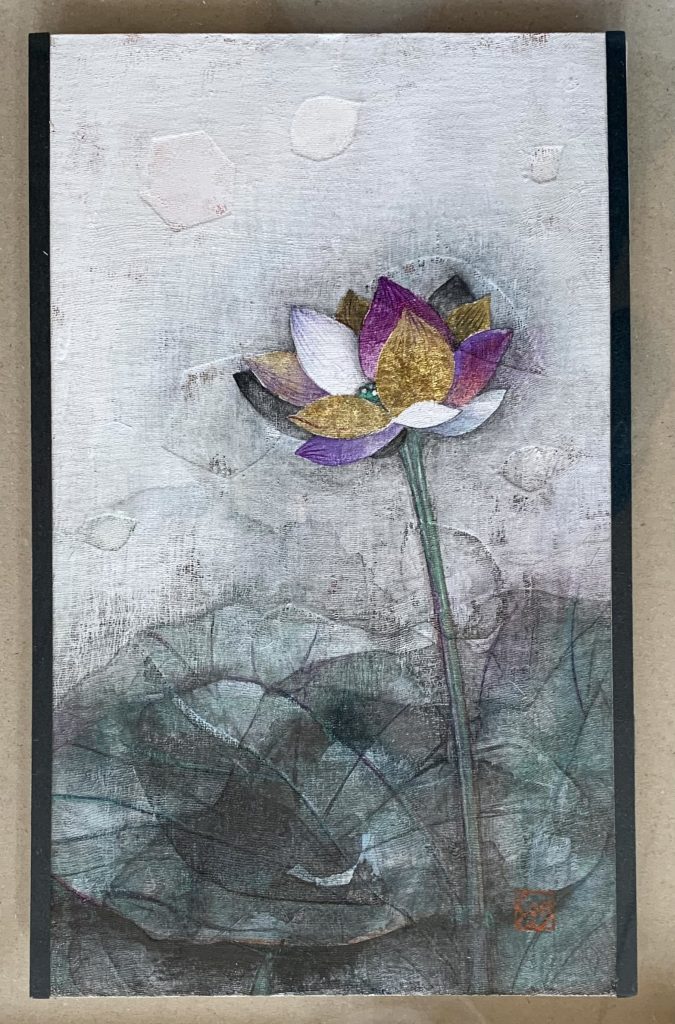 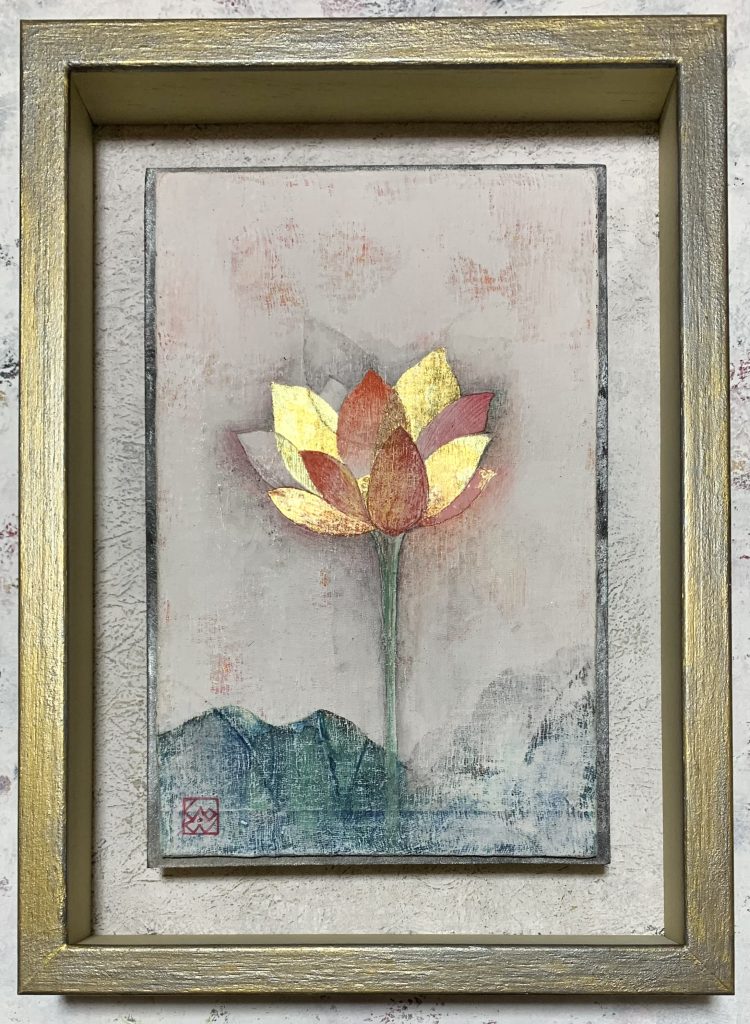 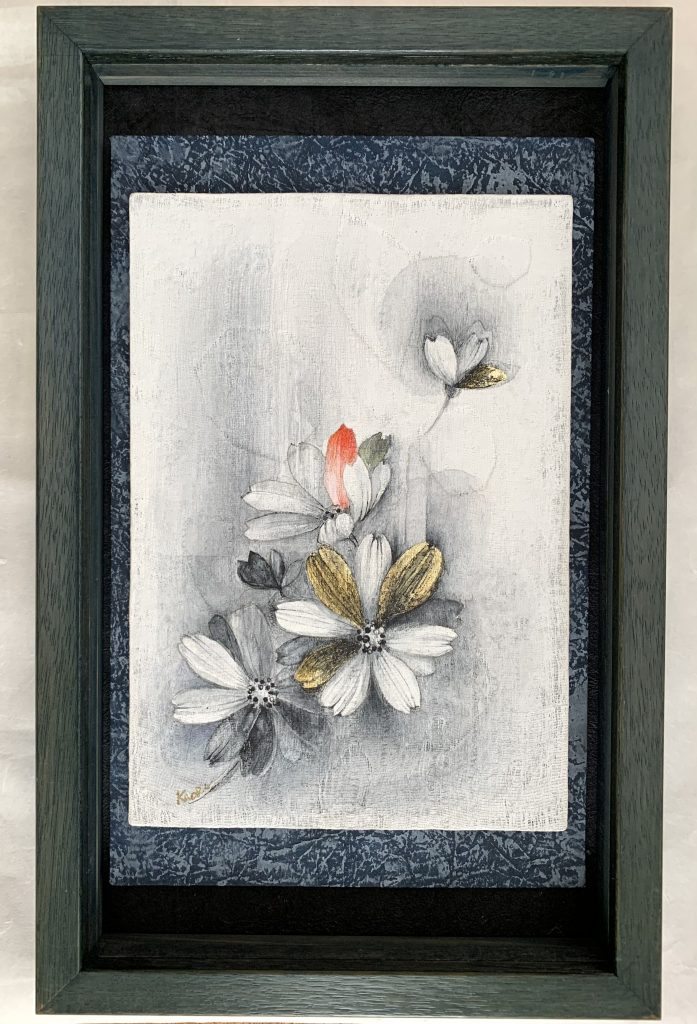 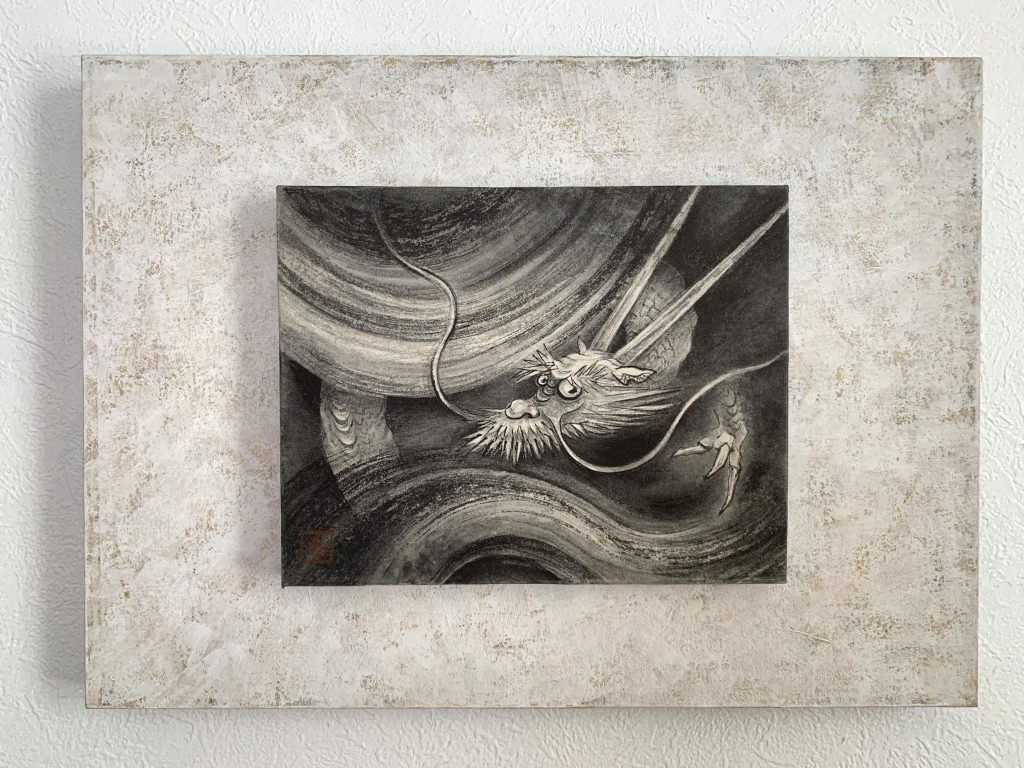 Born in Tokyo, Kaori Kojima has been drawing since childhood. In high school, she used to work on oil paintings with a palette knife, experimenting with light and color. Soon after discovering her love for Japanese paintings, she began majoring in them in college. She paints using nikawa (medium made from gelatin) to enjoy the transition of colors on canvas rather than simply layering colors over canvas, which can suffocate her. After painting a dragon on a stage set of Kagura (Tokyo, 2007), she began using ink in her works. Aspiring to express the space with a single line as Hasegawa Tohaku and Sesshu did, she adds and erases lines, which eventually turn into surfaces, thus creating spaces. Her works have a sense of wabi-sabi, lingering sounds, margins, and quietness that represent the Japanese aesthetics of zen. She continues to draw, hoping to create the space where beauty that brings refreshment to our hearts resides even in unpainted parts. She obtained a Master’s Degree in Japanese painting from Musashino Art University where she got honored with an Outstanding Award in 1984 and 1986. She is scheduled to have a solo exhibition at O gallery, Tokyo in November, 2022.