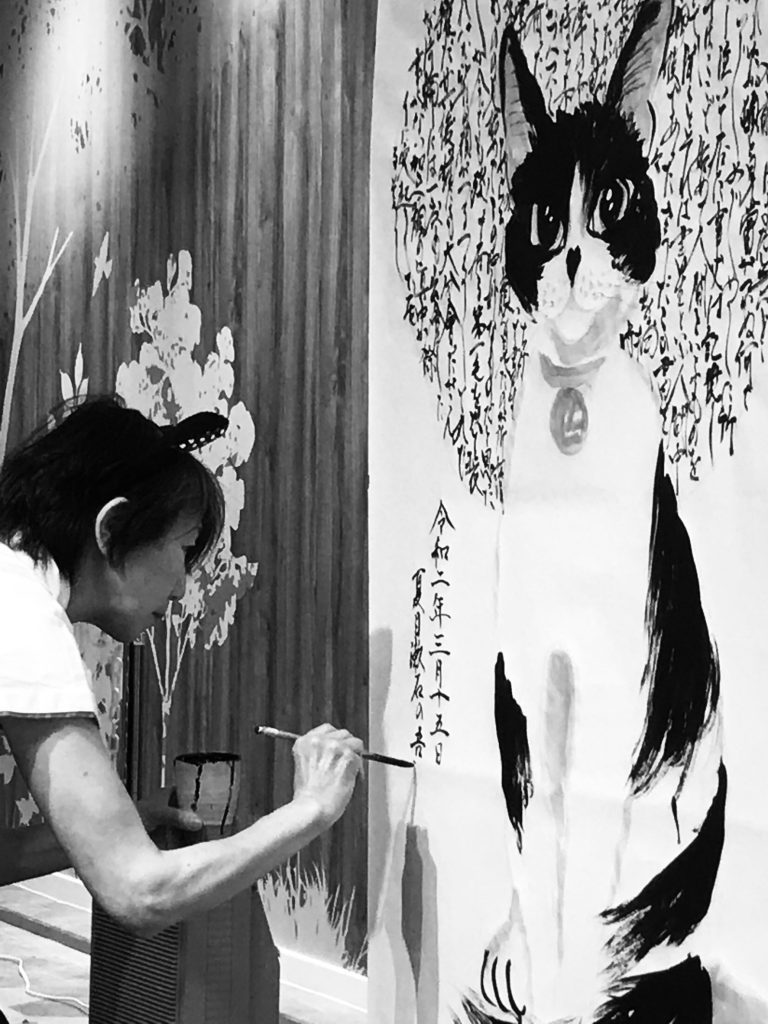 Calligrapher, Cats painter
I came across calligraphy for the first time when I was nine years old. I became absorbed in it at once. I still remember I felt at ease in a room filled with a scent of India ink produced when I rubbed an India ink stick on an inkstone.
On the other hand, I was a girl who loved painting pictures and enjoyed by myself every day in making beautiful colors by mixing various colors together.
After marriage I had been busy with the care of my children for many years without any chance of painting pictures, though I have been continuing to practice calligraphy.
However, just before I turned sixty, a strong feeling that I wanted to resume painting pictures at all costs began to grow in my mind.
After due consideration, I decided to create my original works by combining calligraphy with cat pictures as I love cats very much.

After trial and error, I have completed a series of my works named “The Moon and Cats”. I combined lovely cats with the moon as the symbol of romance which is represented by calligraphy arranged in various shapes of the moon. I adopted passages from the books written by famous Japanese writers as the material for calligraphy.

I devote these works to people in the world who love cats.
I have been continuing to create a series of my works named not only “the Moon and Cats” but also “the Beauty of Japan and Cats”.
I would like you to notice “the beauty of blank spaces”, too.