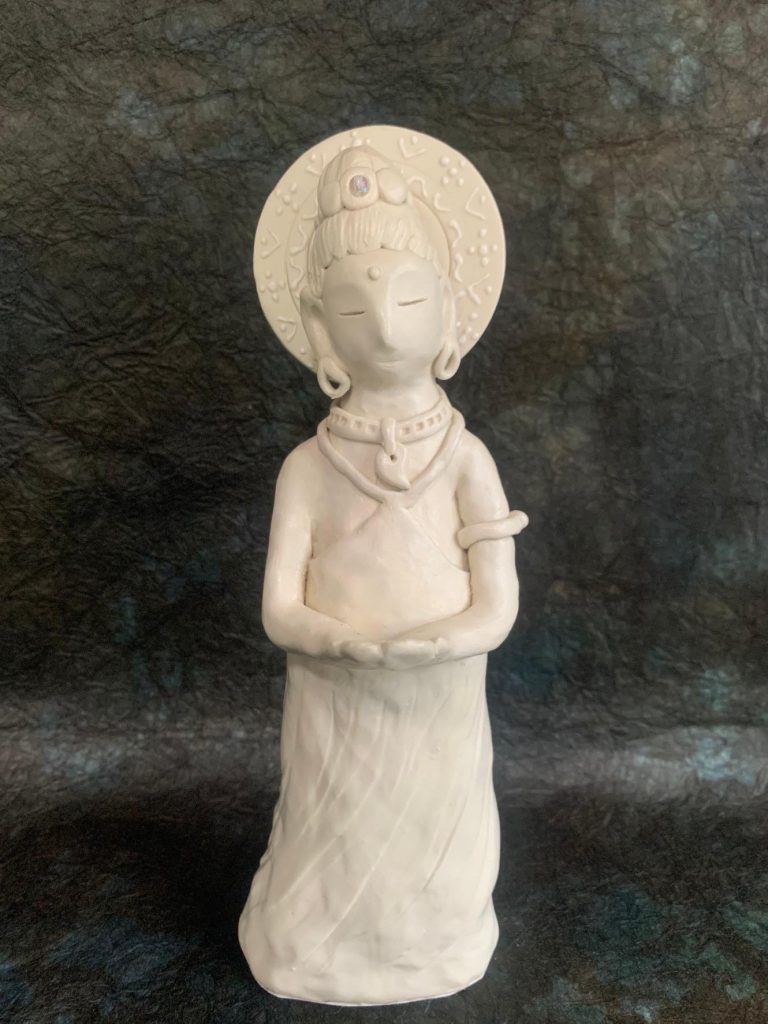 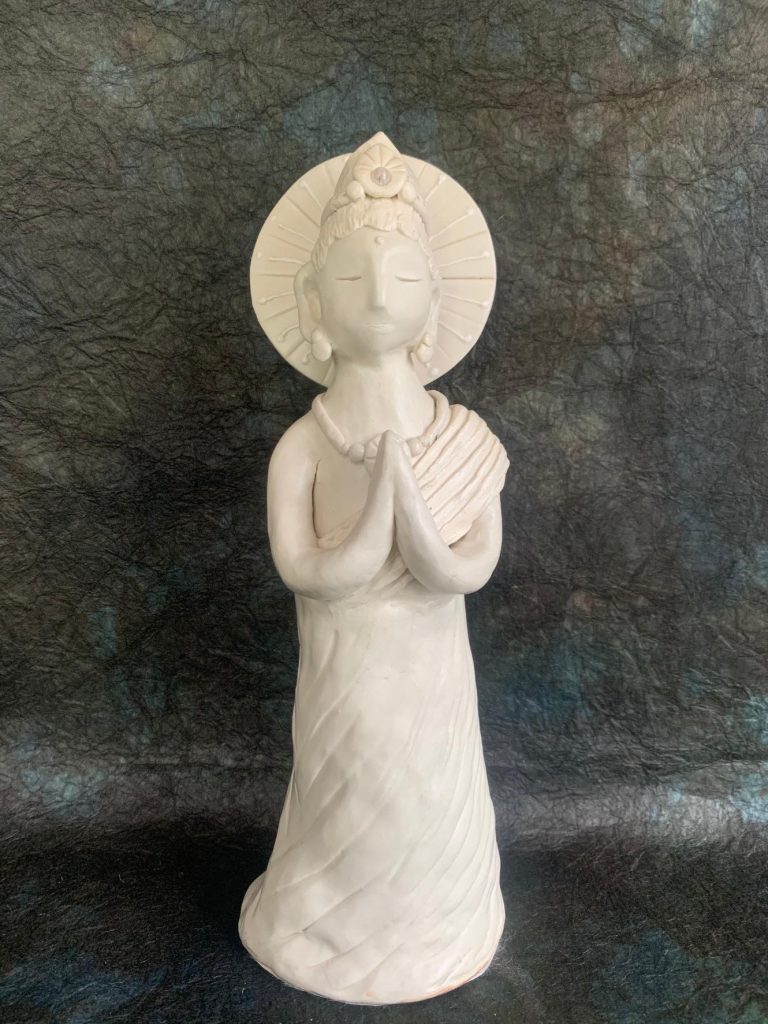 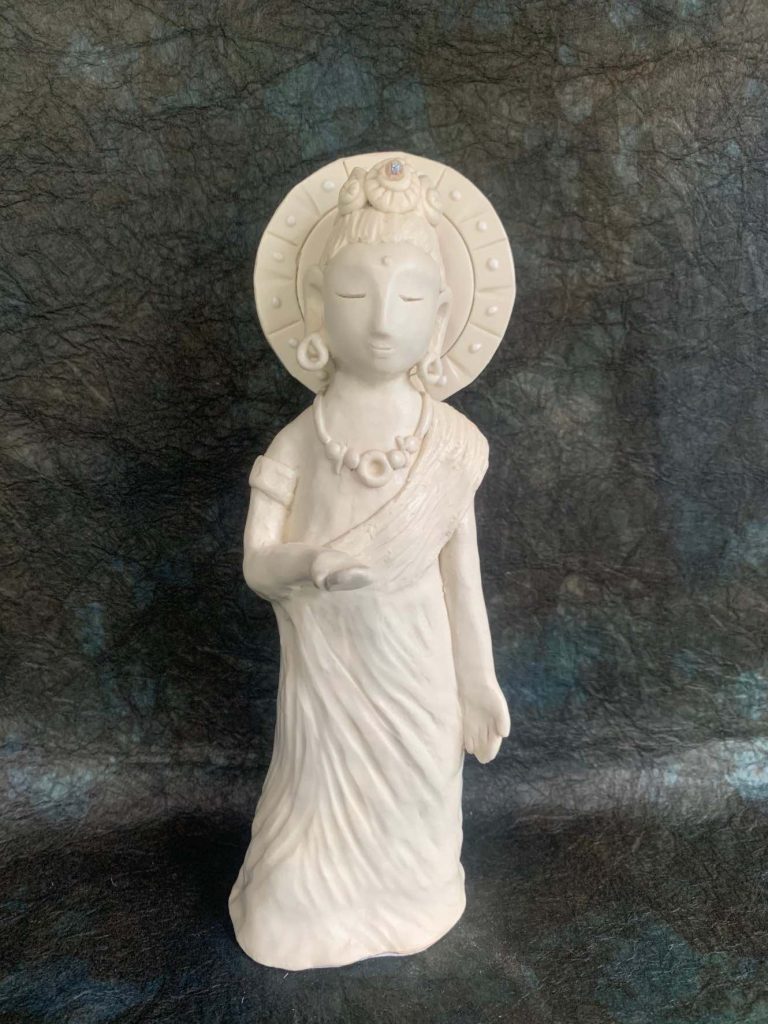 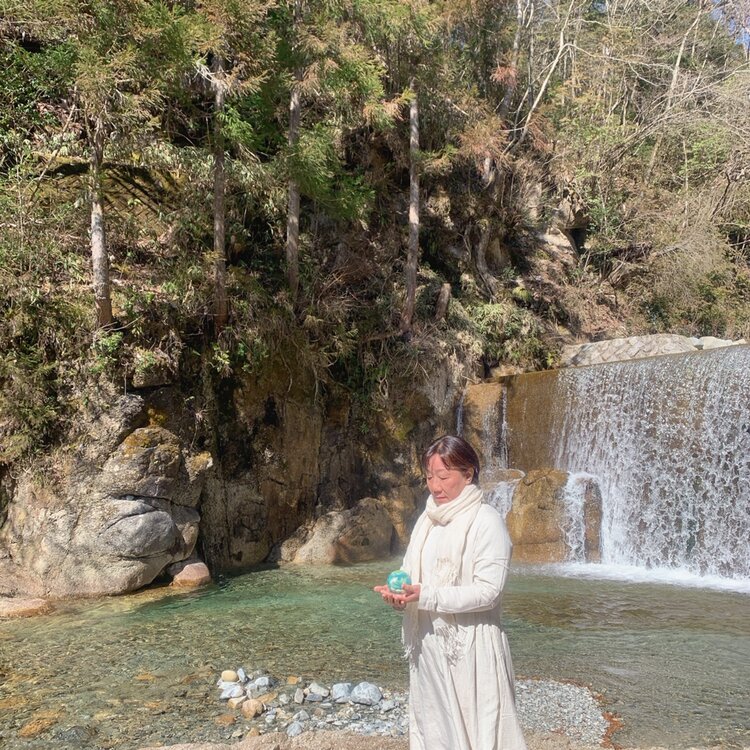 Kukuri was born in Kanagawa Prefecture in 1963. Having grown up in an industrial area, she came to long for a life in nature. So in 1997, after getting married, She moved with her family to the beautiful mountain recesses of Kiso, in Nagano Prefecture. After moving there, she discovered pottery.

At first, she simply enjoyed eating with the bowls and other things she made. Then, in 2017 she received a request to make dolls, so she set up a small electric kiln in her home. she has devoted herself to doll production ever since.

For about ten years now, she has been visiting Shinto shrines and Buddhist temples in earnest, while living in nature. She feels connected to the universe and to many beings that cannot be seen. It gives her great joy to express sacred beings such as angels, Kannon (the Buddhist goddess of mercy), komainu (the stone guardian lion-dogs of Shinto shrines), and dragons, through the shaping of clay with her own hands. She would like for many people to feel a sense of security and solace from being connected to the universe through her works.