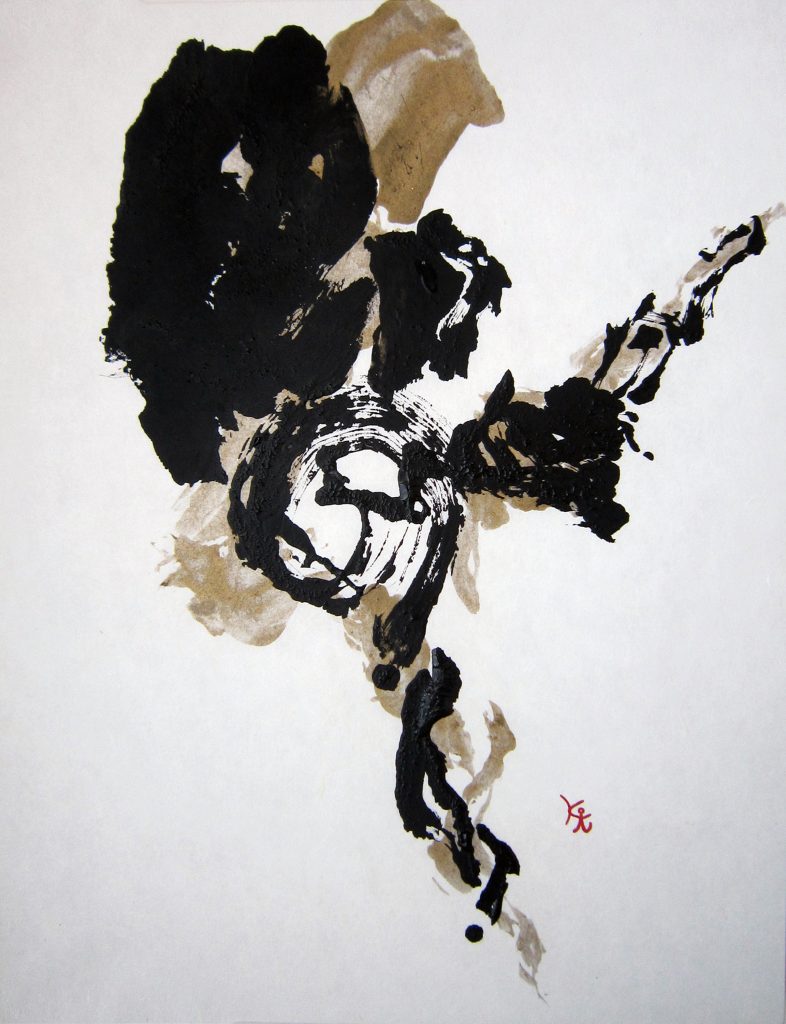 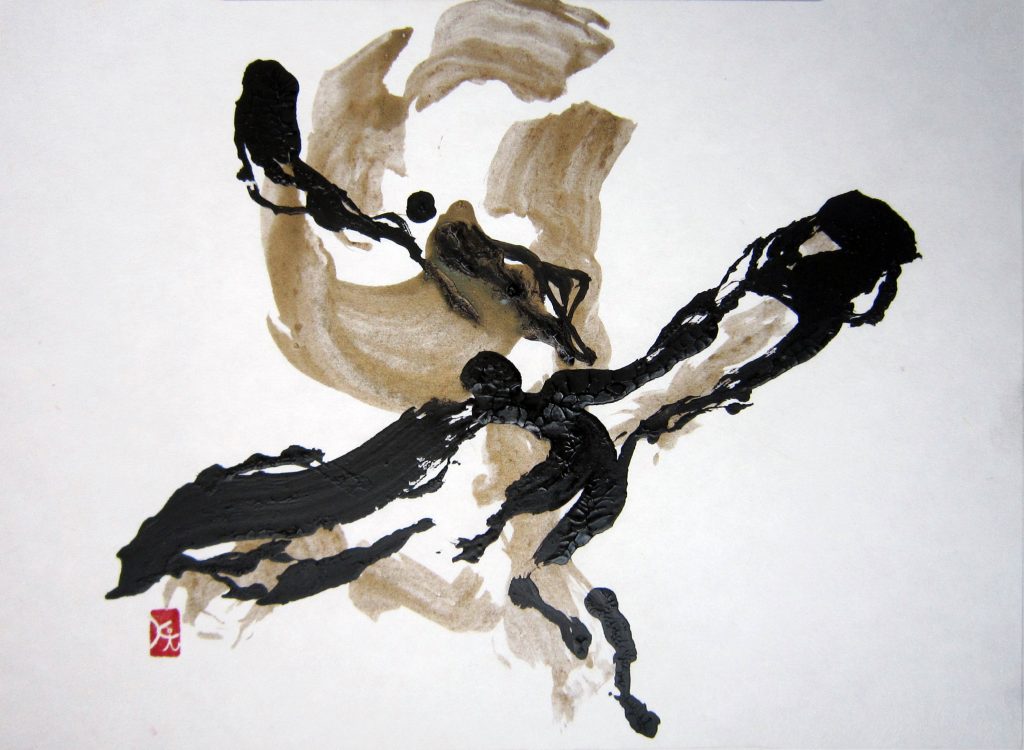 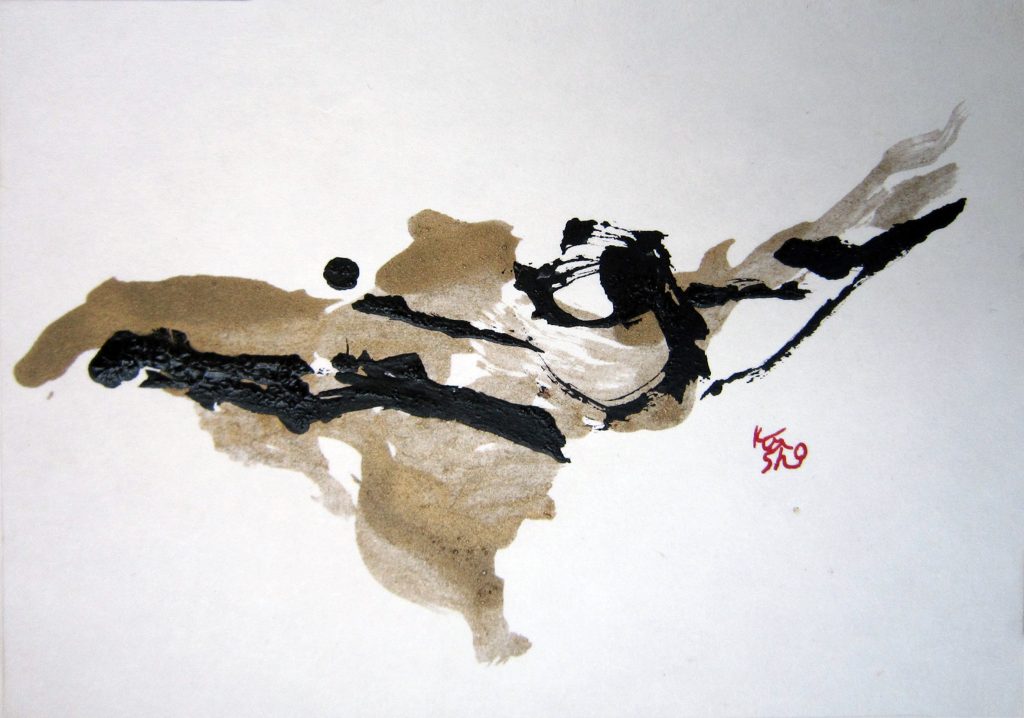 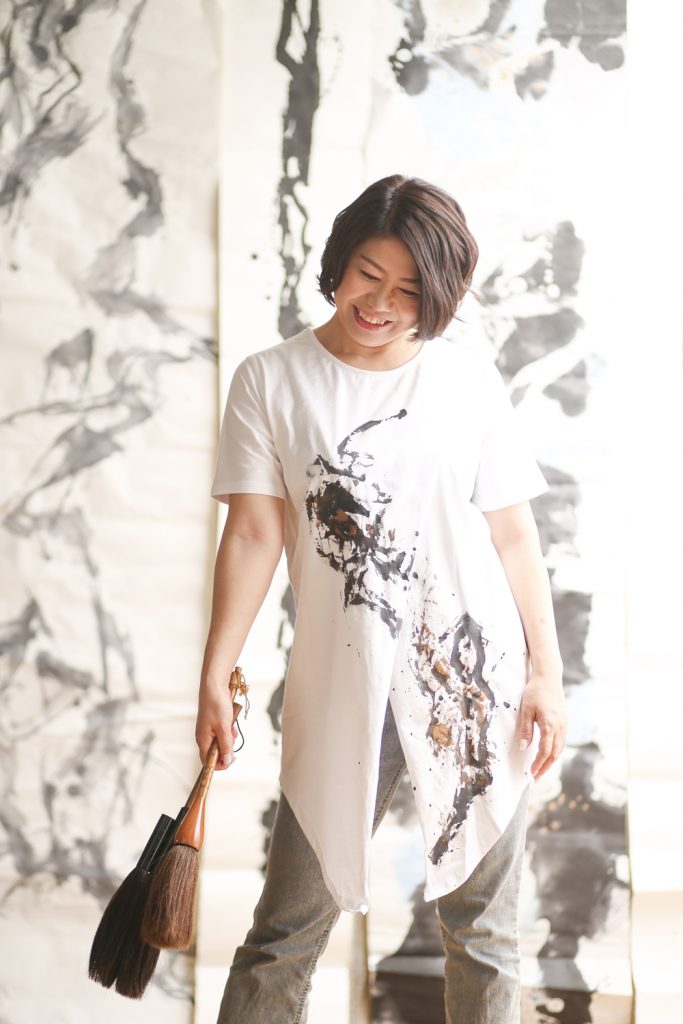 Born in Osaka City, Kuusho Inoue has been interested in learning about novel ways of hand craftsmanship, which naturally led her to practice calligraphy. Among the various styles, she devoted herself to Bokusho, or contemporary calligraphy. It enables self-expression more than traditional calligraphy. She creates both legible and illegible pieces. On a piece of paper she transforms her overflowing emotions into dots and lines. This process is done with great care by various tools, in addition to the conventionally important instruments of calligraphy, such as ink stone, paper and brush. Her originality comes from the use of sumi (black) ink, acrylic and rock color paint, cardboard paper, and a wooden stick as a “brush” to draw her lines.

No matter what she uses, she is a perfectionist who seeks to create ideal calligraphic lines.She believes that calligraphic art consists of impromptu and unreproducible lines. While some powerful and sublime art can intimidate its audience, Kuusho’s art gently invites people to her poetic world. Her calligraphic pieces are pleasant to appreciate, where her lines and remaining blank space exist in harmony to leave long-lasting resonance.

Since receiving a commendation award in 2002 from Toyo Shogeiin, a contemporary calligraphic organization, she received awards for five consecutive years, and was even awarded a grand prize in 2009. She now serves as Toyo Shogeiin’s executive director. She also received consecutive awards in 2016 from Sankei Kokusai Shokai, an international calligraphy organization, and was even awarded a Special Encouragement prize, becoming a screening member in 2021.

In 2019, she held her first solo exhibition titled “playing music in calligraphy” in Osaka. Since 2020, she has participated in numerous exhibitions overseas and in Japan, including JCAT NY and MILANO. She also got commissioned to create all the decorative frames for the newly built funeral hall.