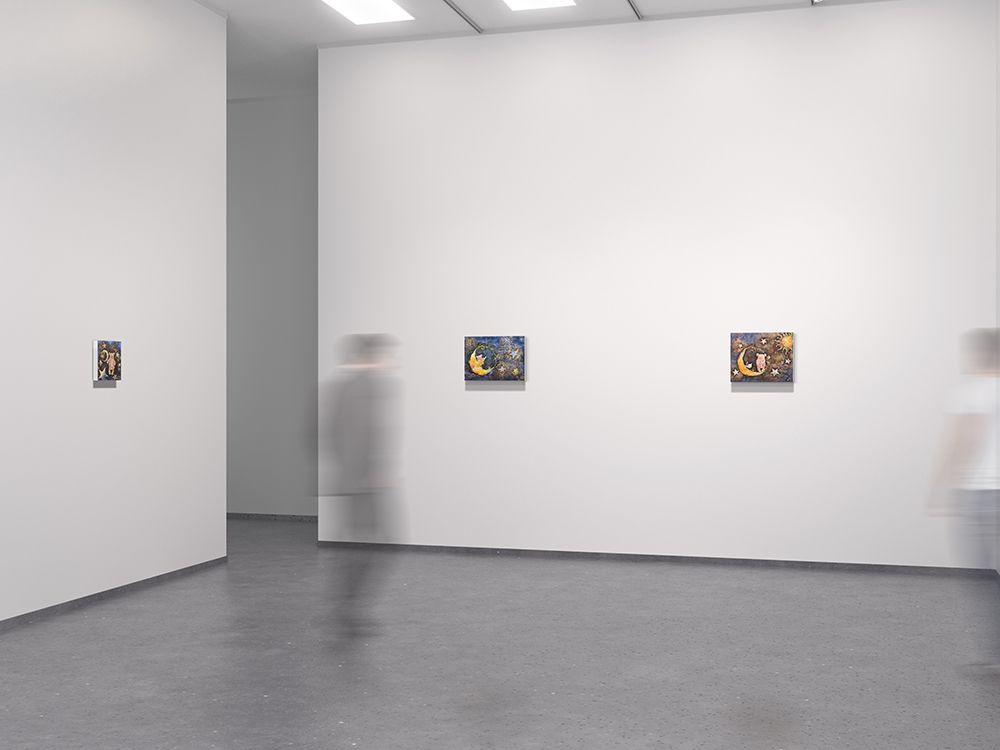 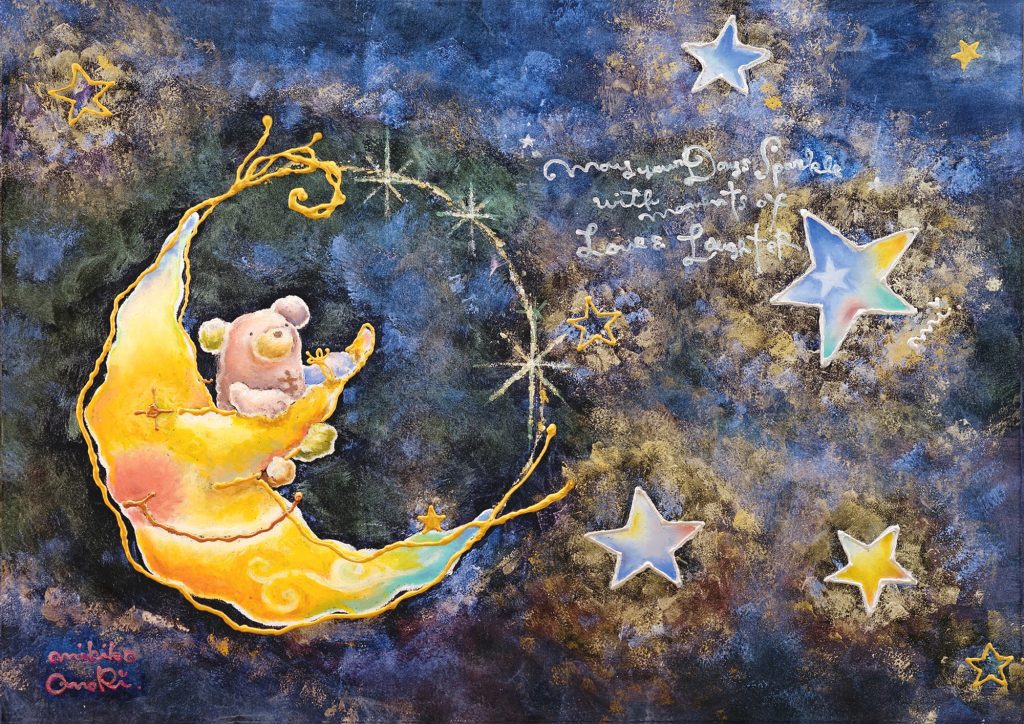 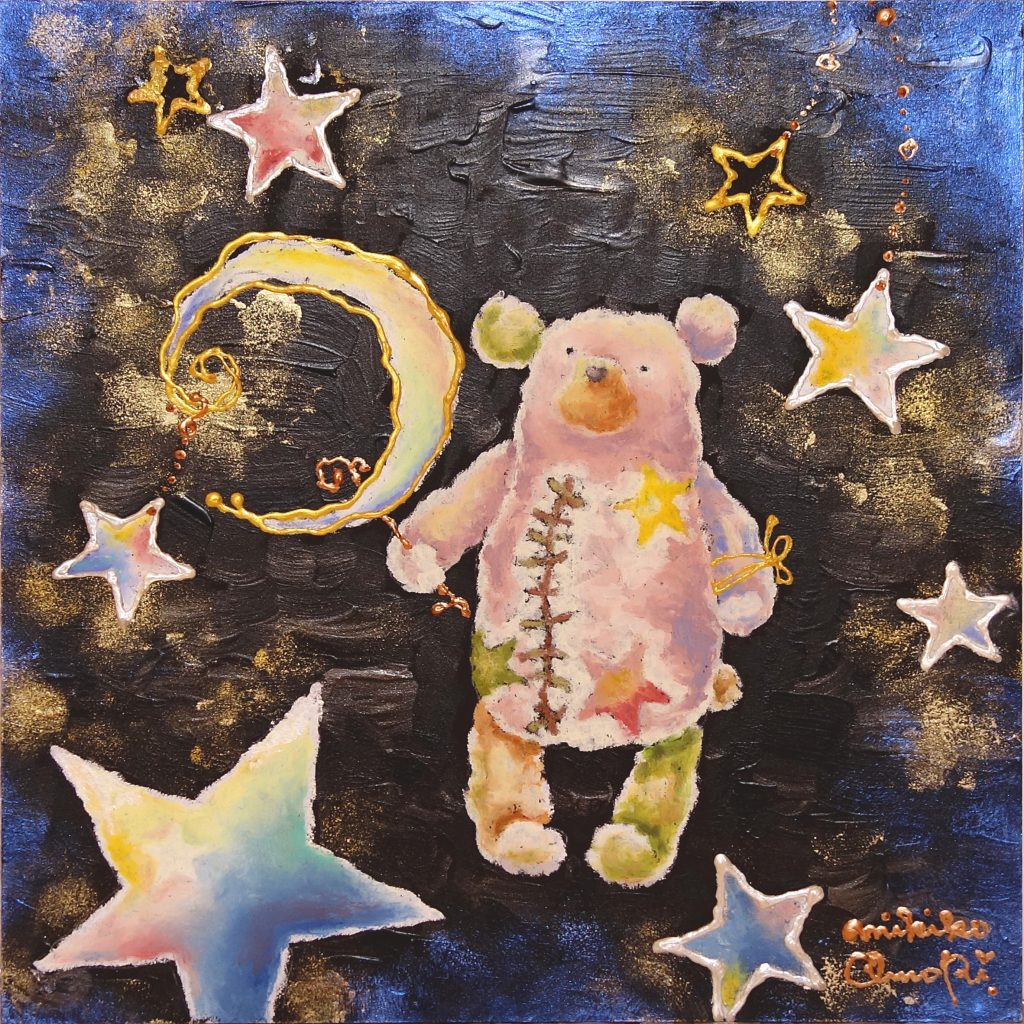 wish upon a star 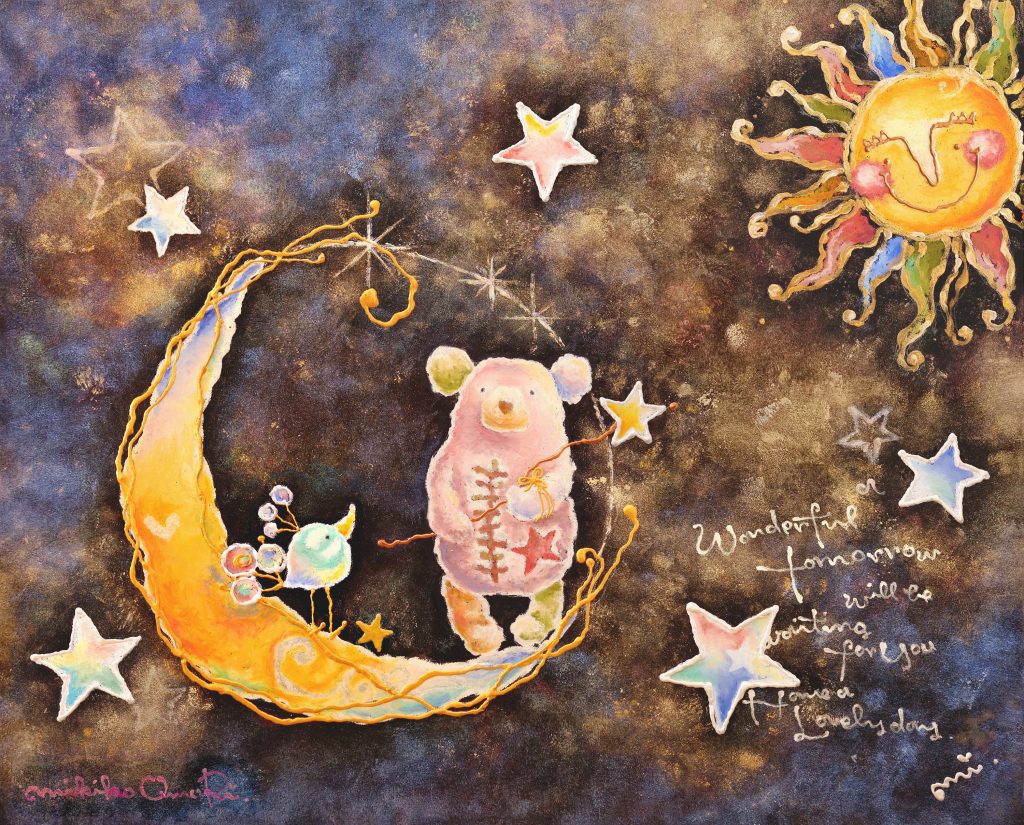 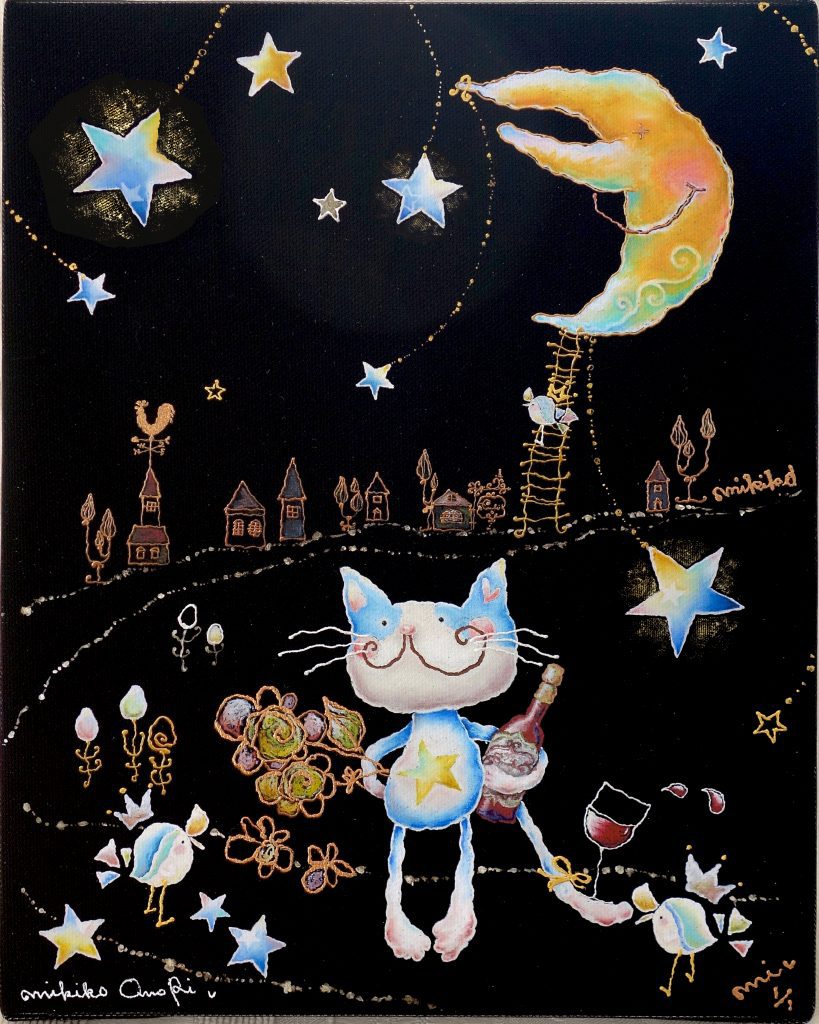 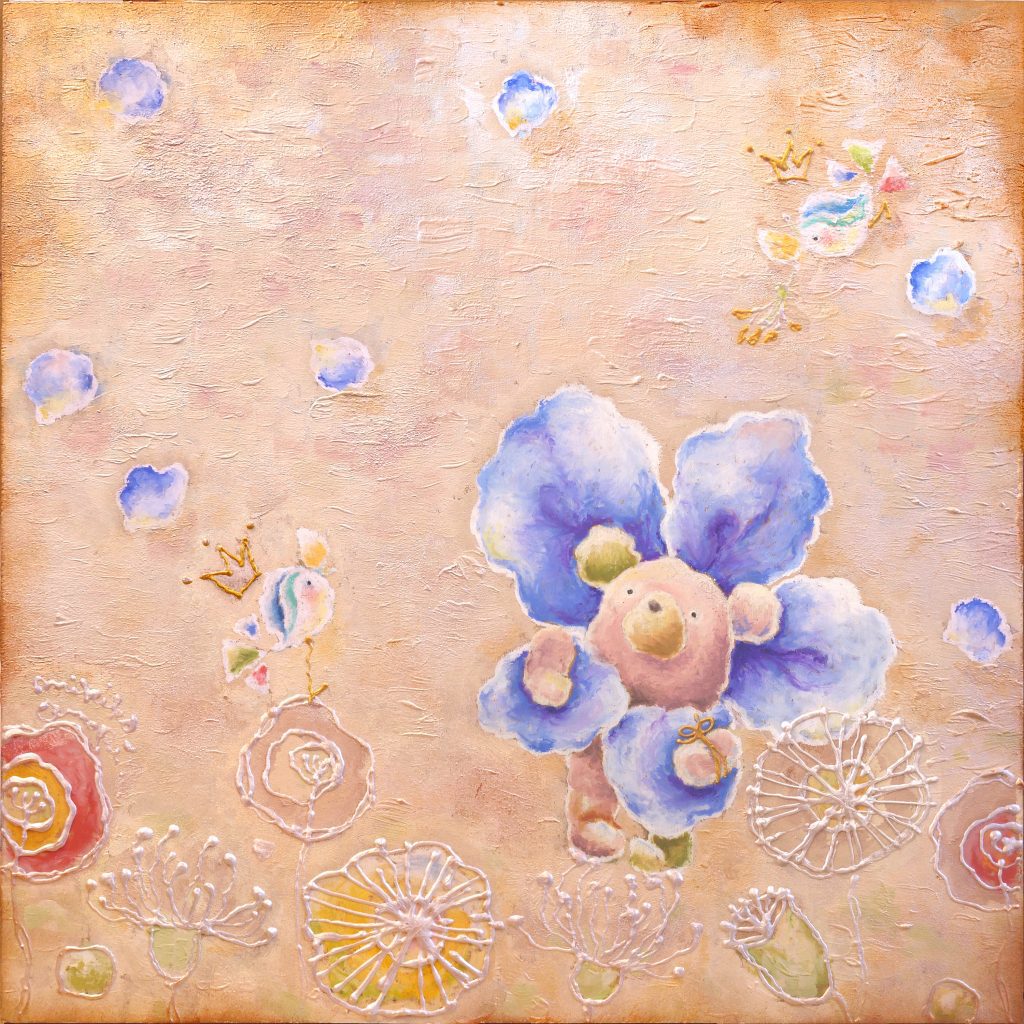 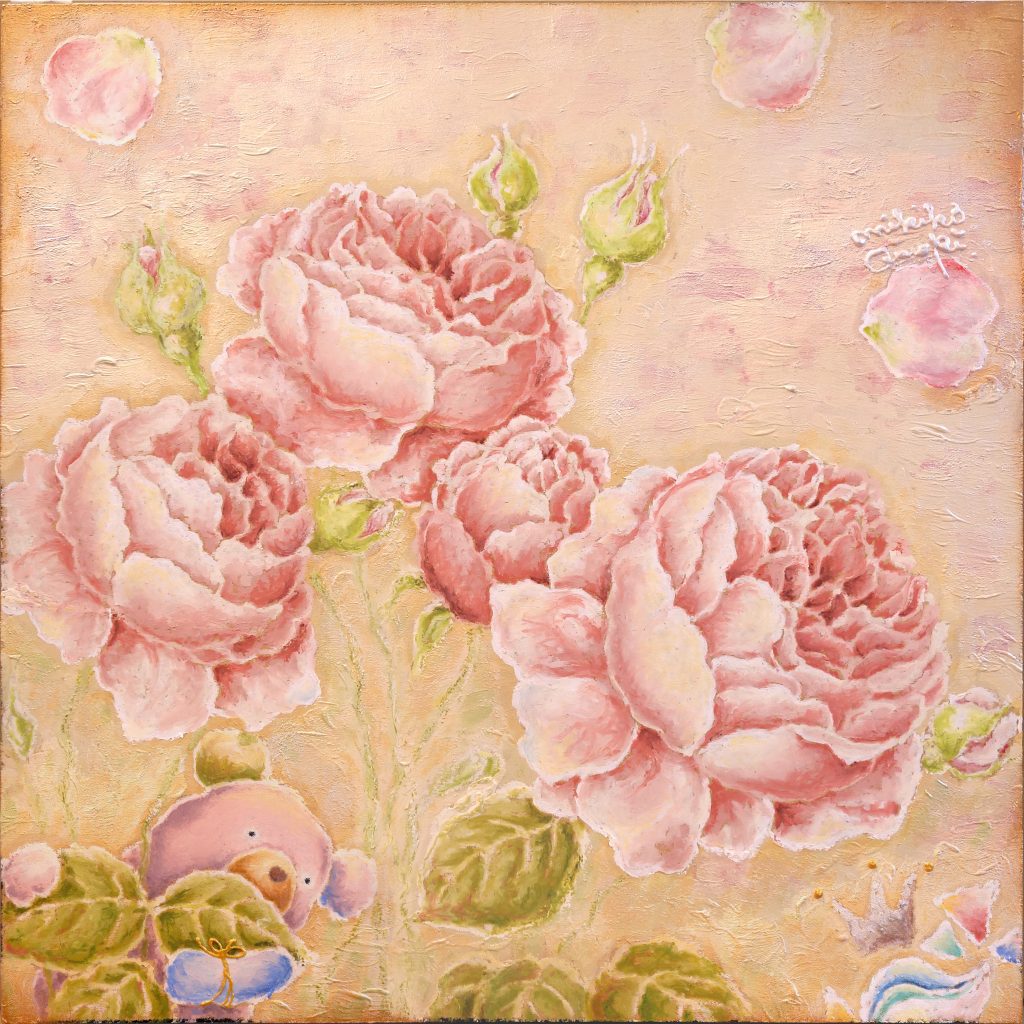 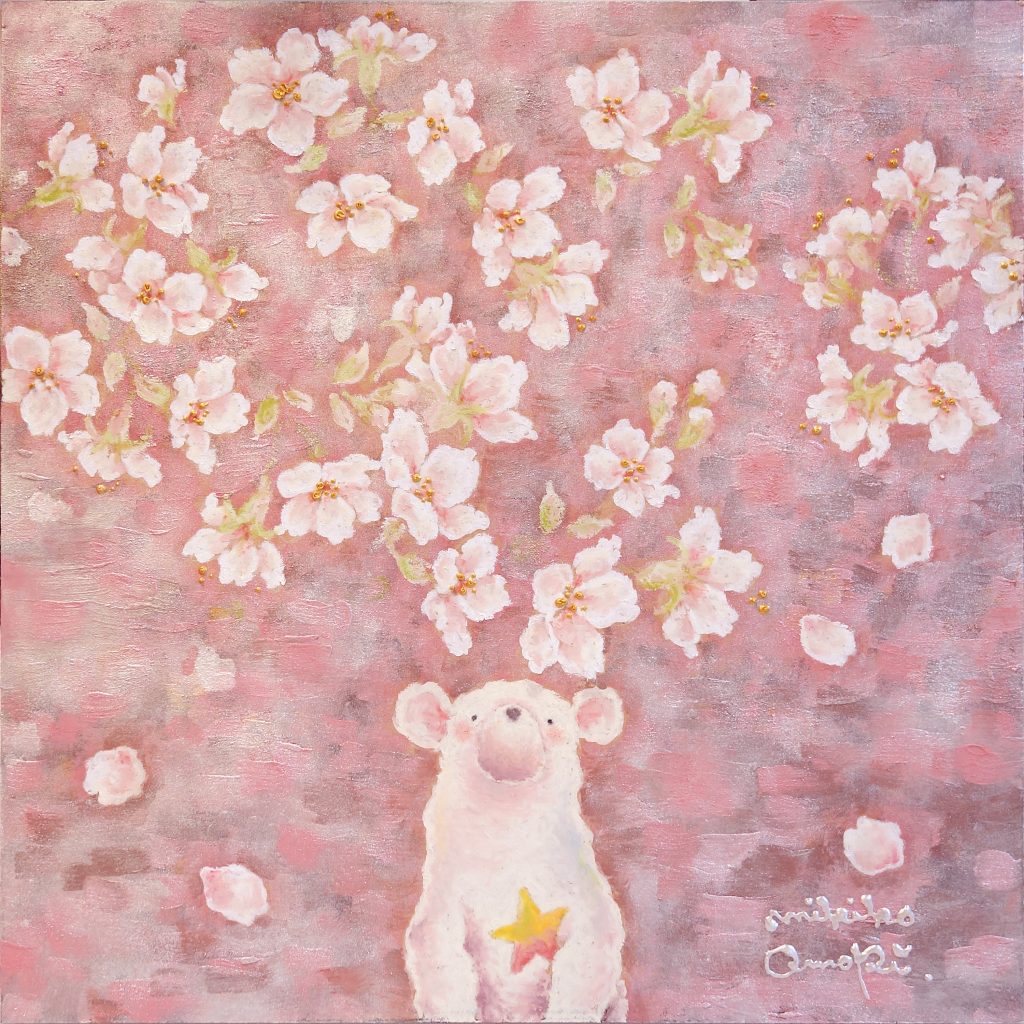 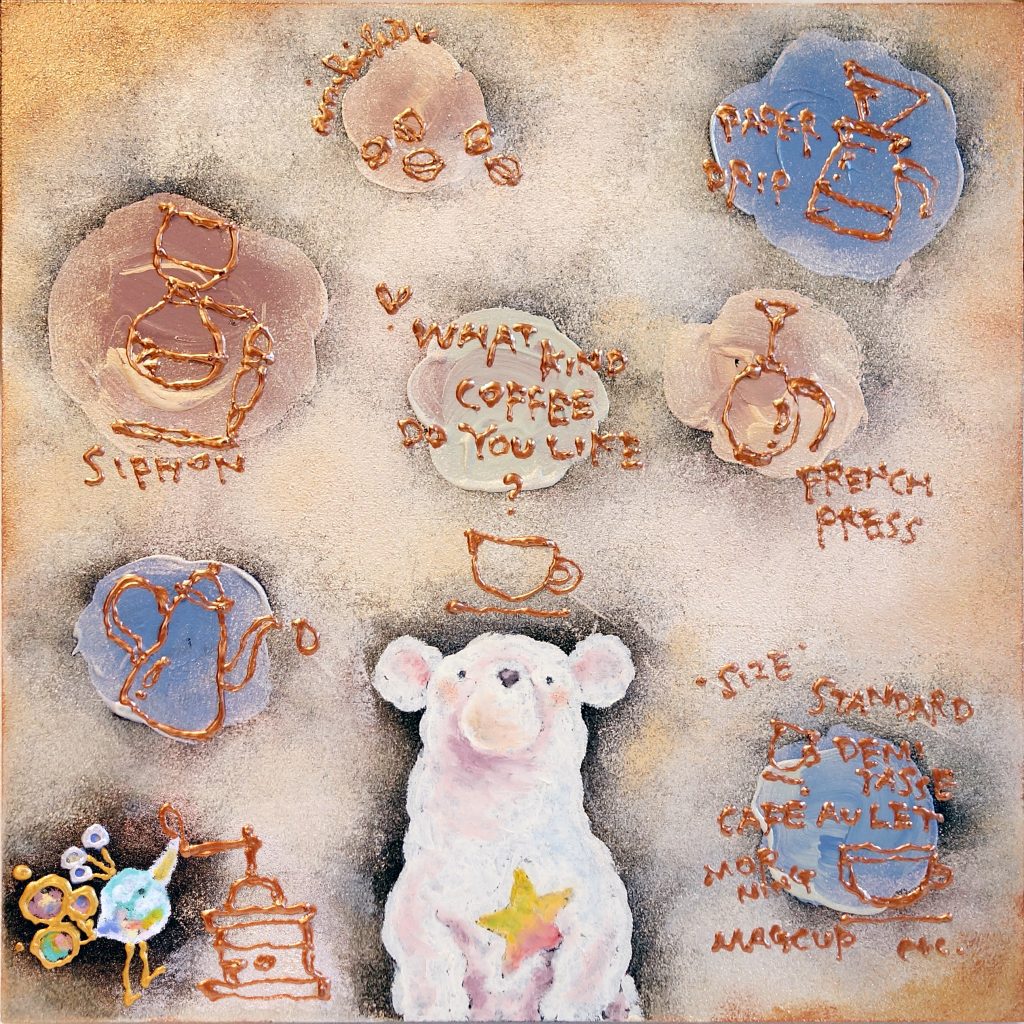 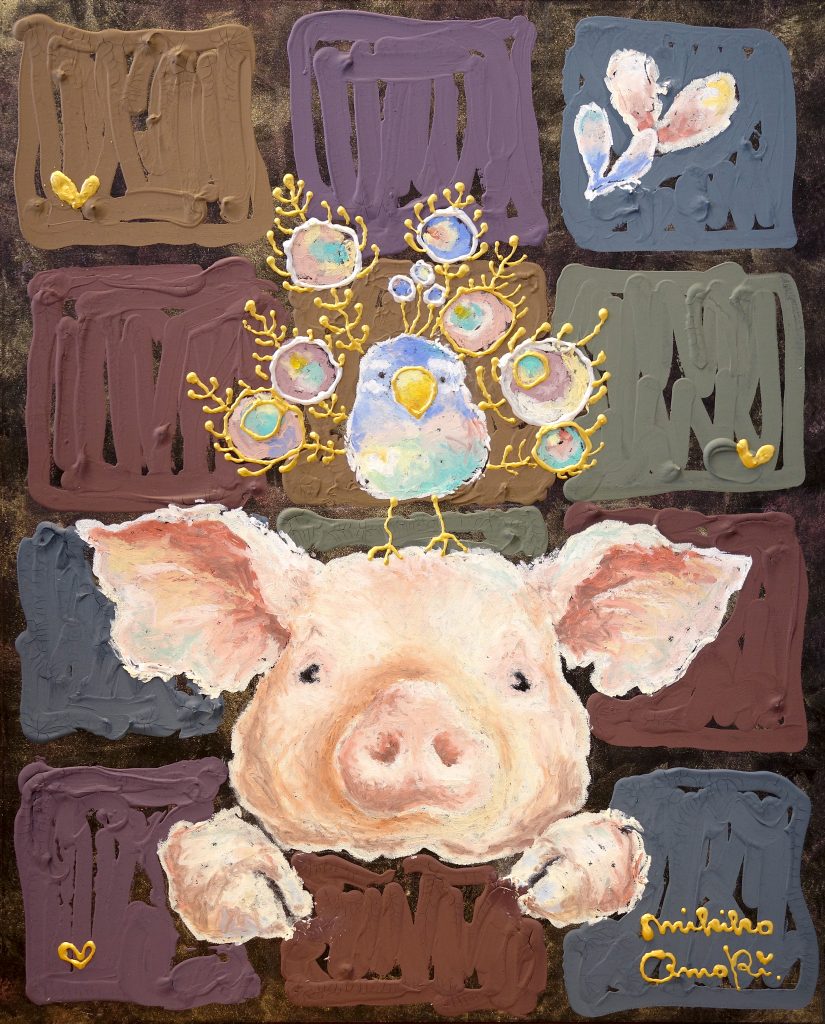 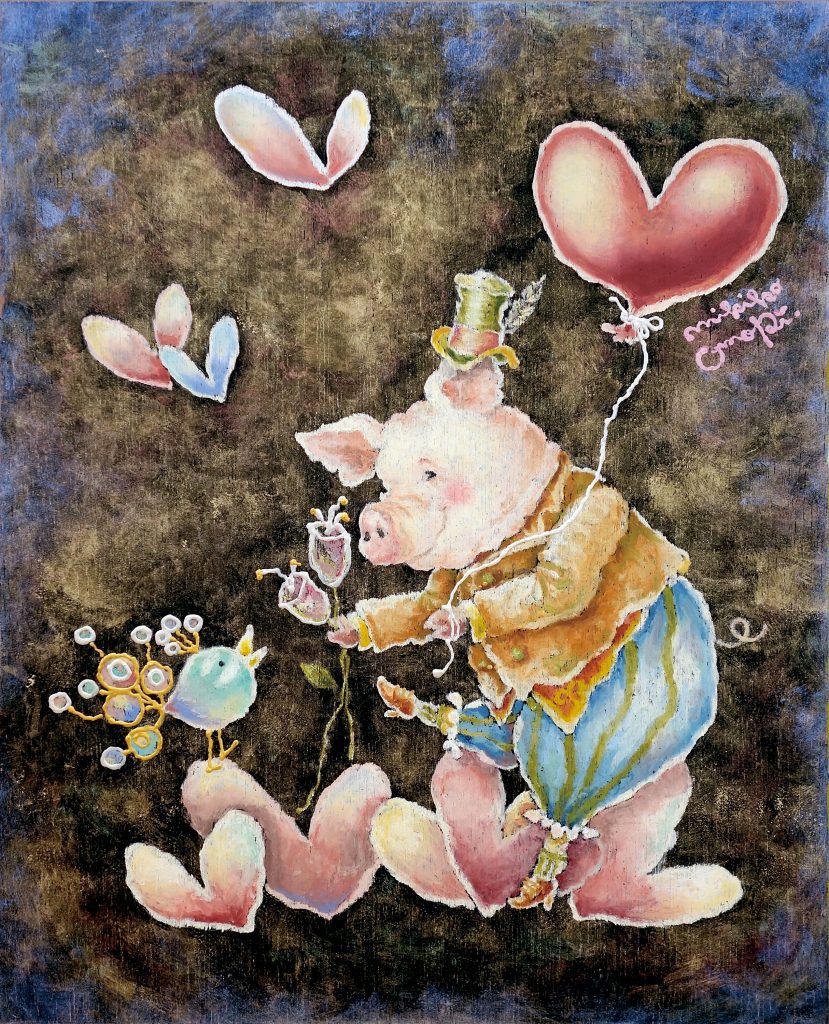 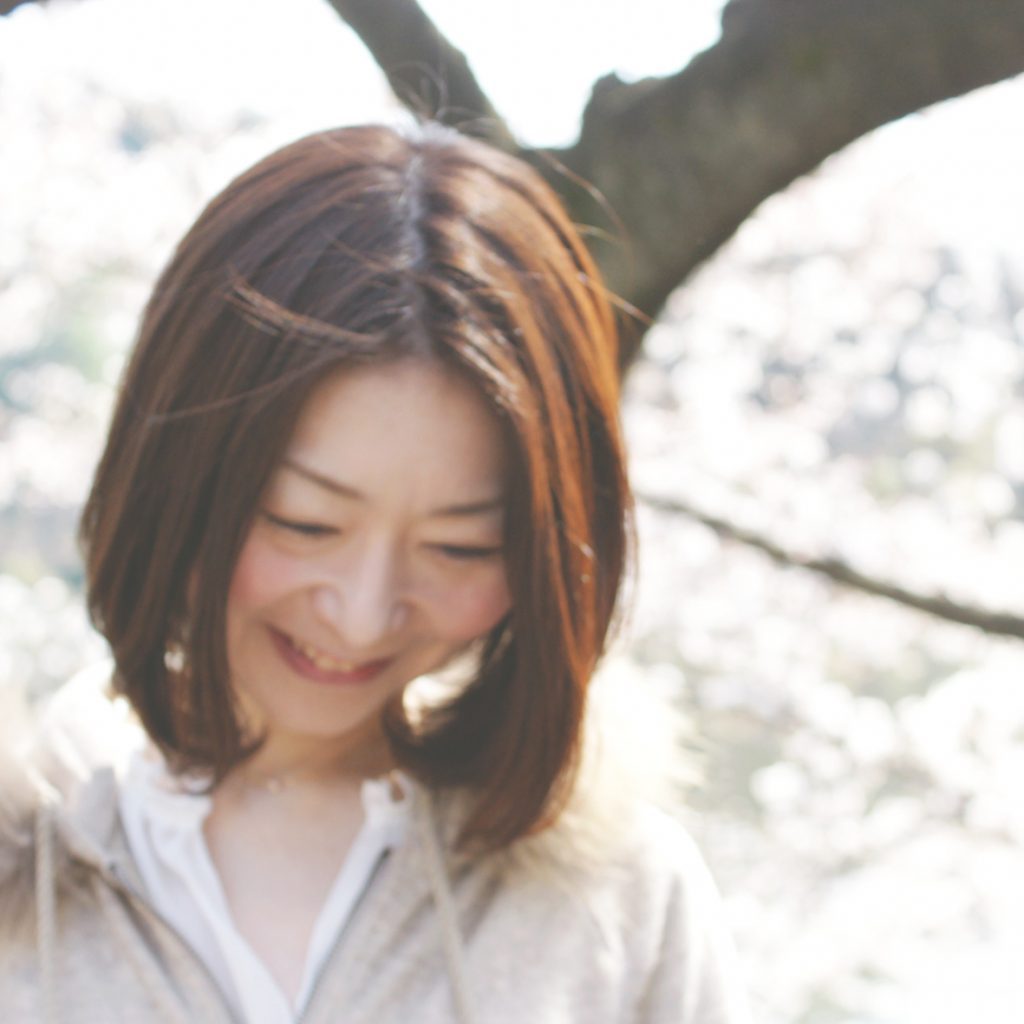 While a university student, Mikiko Omori laid her eyes on two billboards: one for cigarettes ”Marlboro” and one for Japanese wine
“SAKE” rising side by side under the blue sky in San Francisco.
They were two unrelated ads, but they somehow caught her eyes.
She thought that she wanted to create something that casually exists in everyday life and softly drifts into the hearts of people who see it.
After seven years working in advertising, she started painting a signboard “chalk art” with oil pastels on a blackboard.
The colors of oil pastels created by her fingers, not by paintbrushes, are not pastel colors, but rather somewhat shadowed colors like a pastel color with a drop of sumi-ink.
She creates one story for each work and paints it with her own technique using oil pastel, acrylic, etc. She wishes that she could paint such works that can be around someone when they notice.

She held a solo exhibition at “A-forest Gallery NY” in New York in 2009.
Also she exhibited at the “Salon Art Shopping Paris” in Paris in 2014 and the “Art Japan/Melbourne Fringe Festival” in Melbourne from 2017 to 2019.