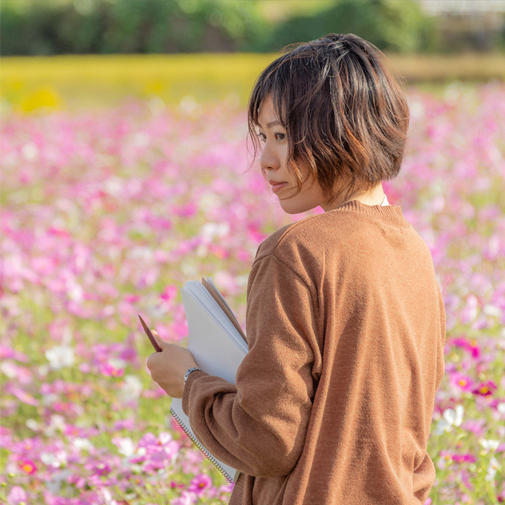 Mito Nishikura, born in Osaka in 1995, has been painting since she was a child. She particularly liked to paint the sea, the mountains, and the old buildings of Tottori, where her grandparents lived.

In junior college, Mito majored in illustration, studying in depth techniques with paint. After graduating, she worked as a towel designer and also as a nursing assistant in a hospital. Through her work as a nursing assistant, she came to feel that bringing happiness to people would be a great purpose in life, and she came to aspire for many people to be comforted and deeply moved through the power of her art work.
Mito’s artwork is influenced by the scenery of Tottori and by the anime films of Studio Ghibli, and has a picture book-like atmosphere that feels unreal but kind. Using acrylics, she mainly paints nature, animals and fantasy cities. She continues to strive to create works that can reach everyone and be appreciated while having fun.