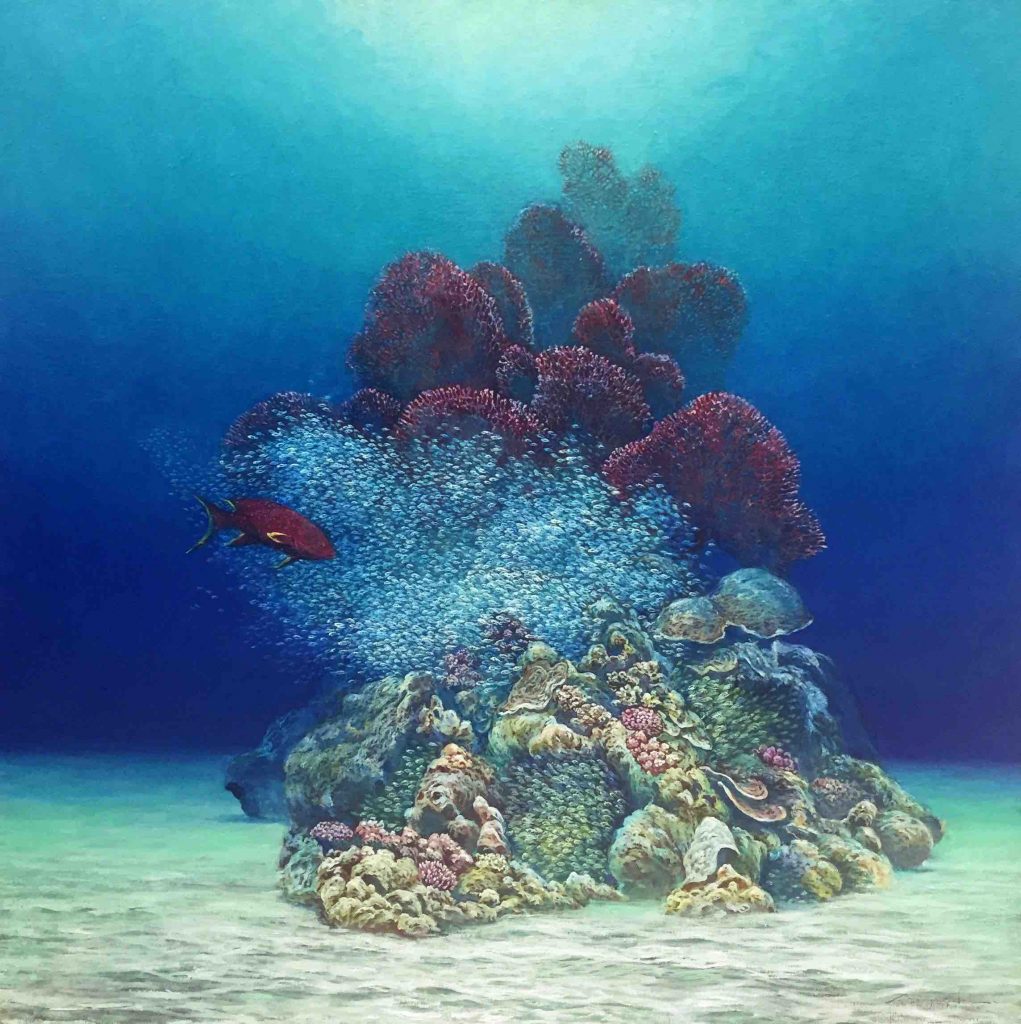 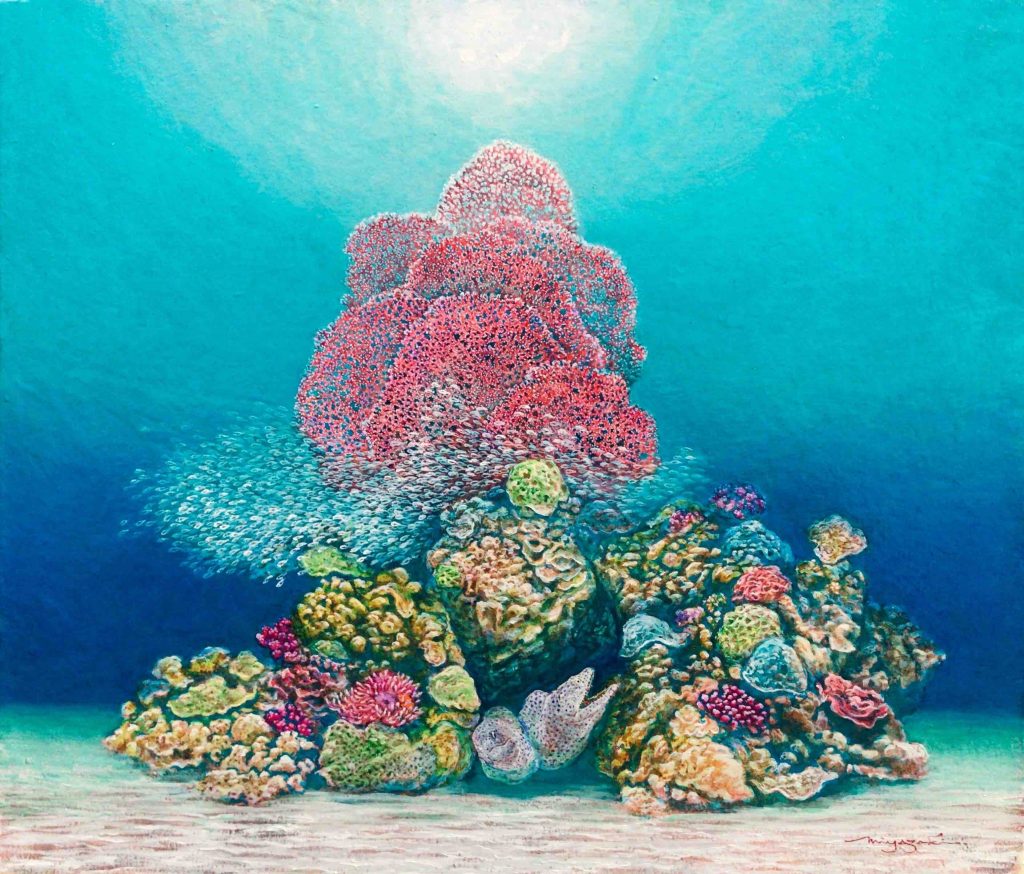 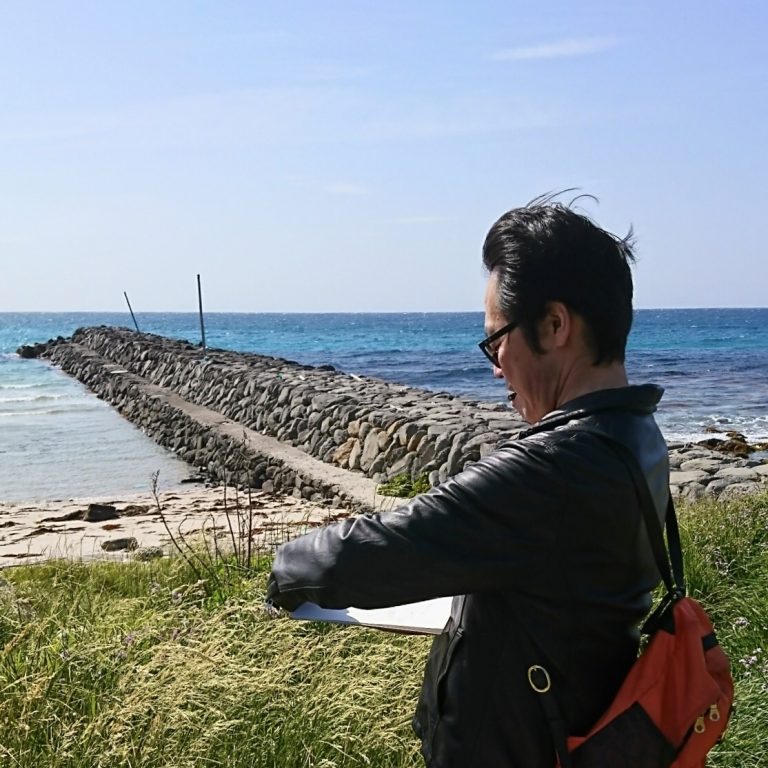 Suji Miyazaki was born in 1964 in Yamaguchi prefecture and spent his childhood in a small village facing the Sea of Japan with his fisherman grandfather.
At the age of 16, he started oil painting. When he was 25, he was fascinated with the beautiful sea of Kerama islands in Okinawa and decided to paint on the theme of the sea. Since then, he has enthusiastically exhibited his artworks at Tokyo and Fukuoka. He is also a charter member of Salon international de Paris. He won many awards in Europe such as the Zacci prize at SIP in 2019 .
He is particular about the reproduction of Kerama blue which is the color of crystal clear seawater of Kerama islands. To express that color, he studied classical techniques before impressionist and developed completely new his own method. He pays attention to the details too. He draws fishes and corals with his smallest brushes, and all of them look as if they were alive and three-dimensional.
He creates the fantasy which is impossible but actually there.