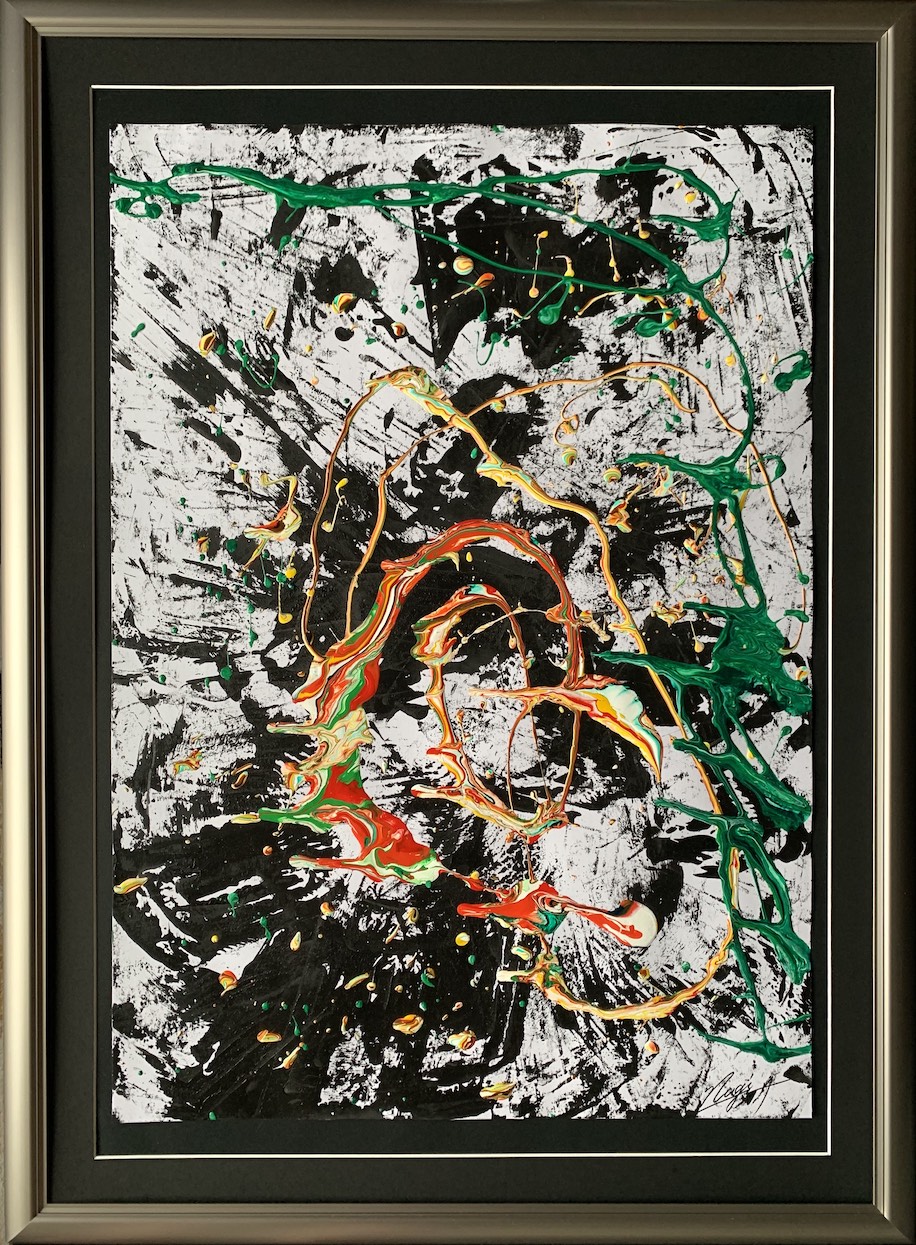 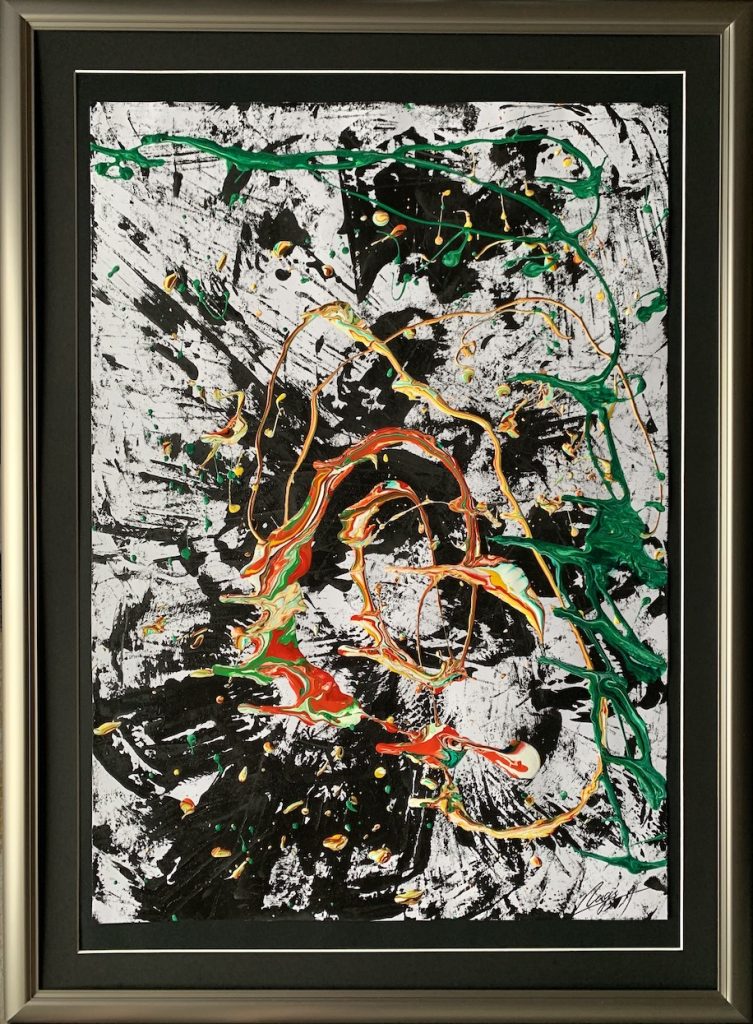 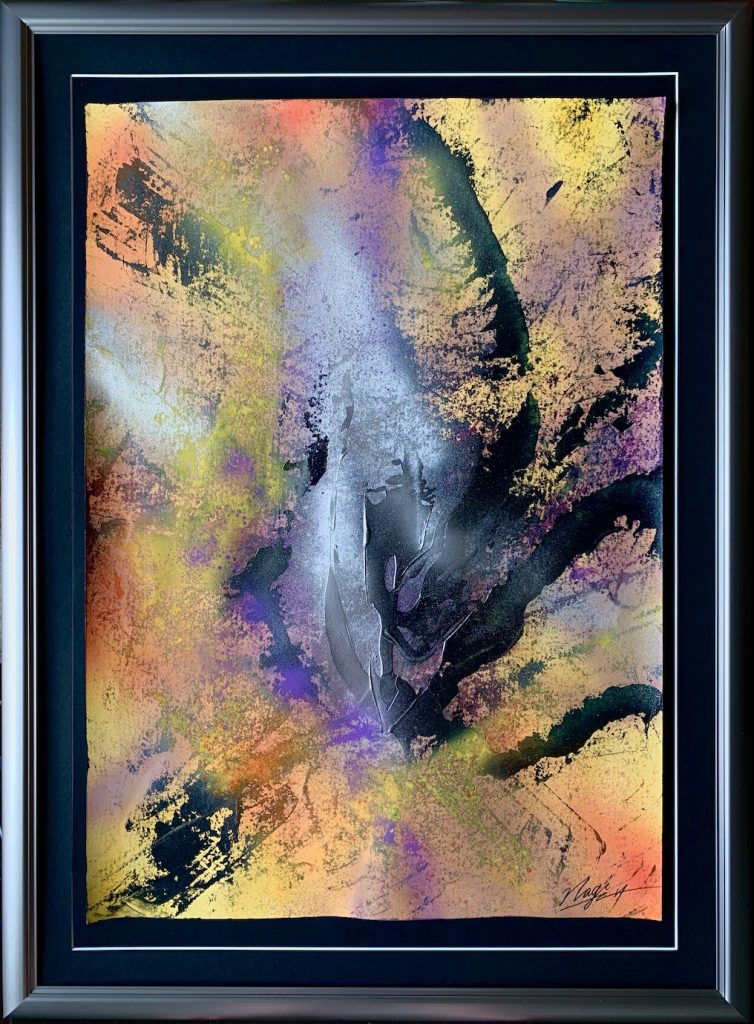 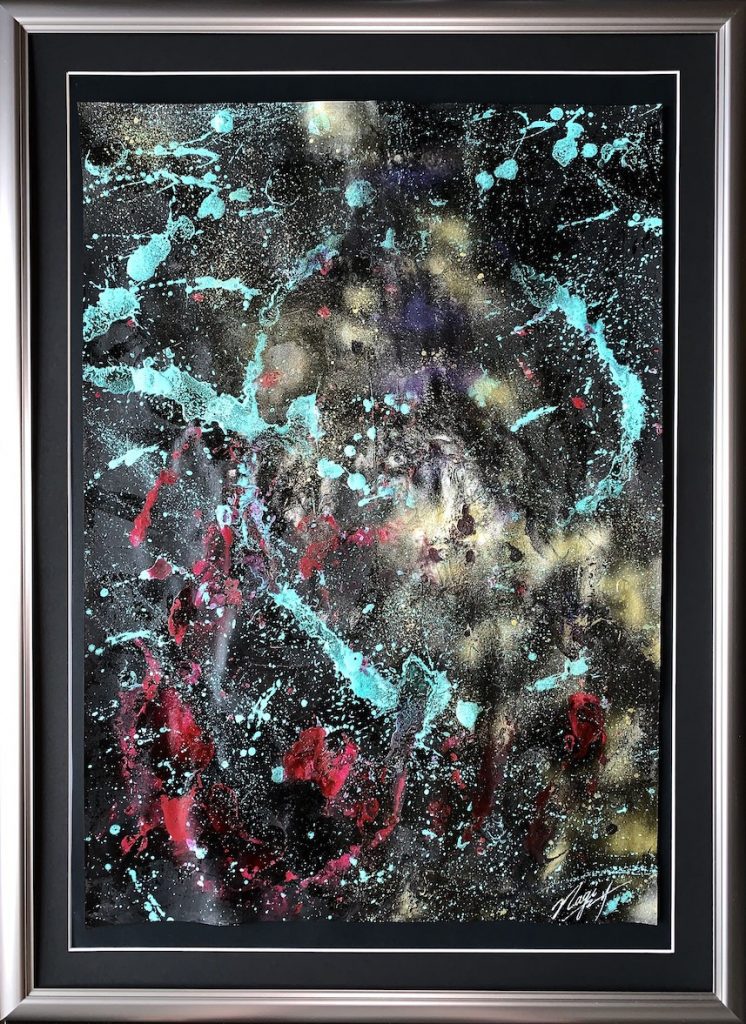 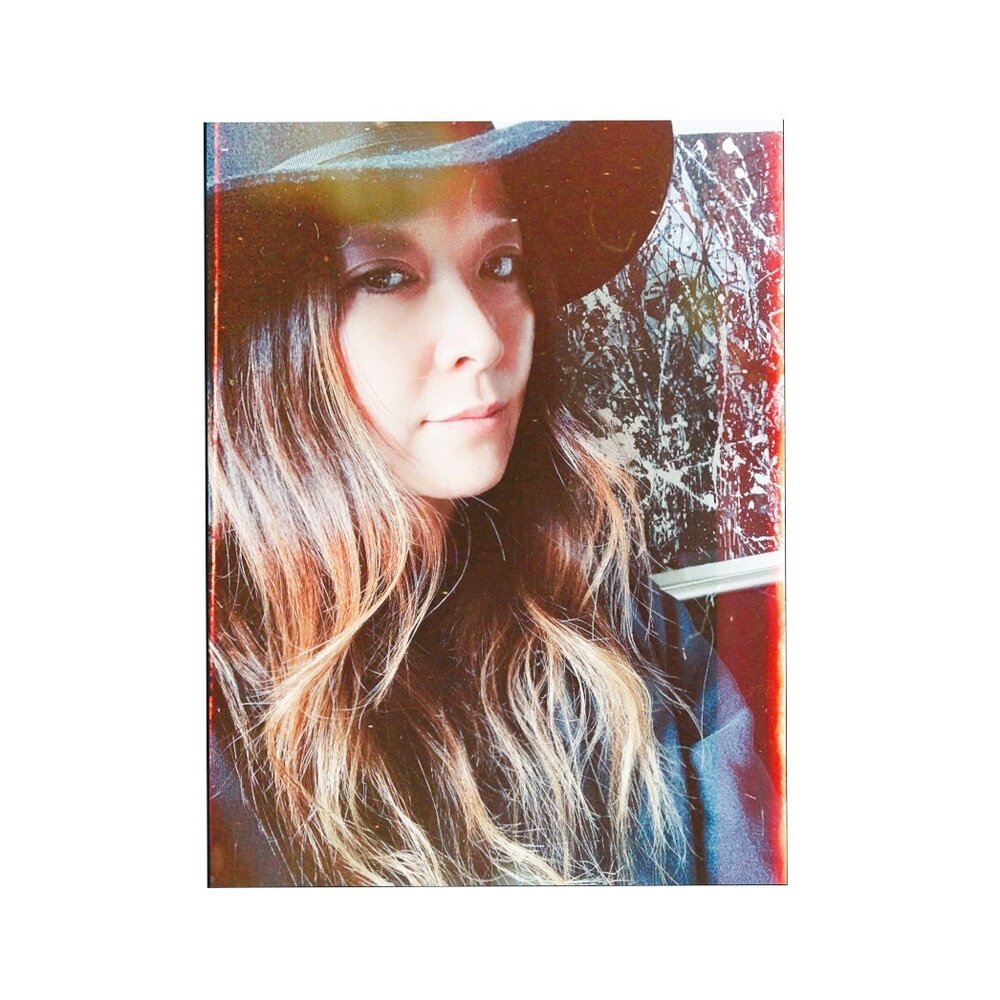 Nagi was born (1980) and raised in Hakodate, Hokkaido, blessed with mountains and the sea, and rich in nature.

She was a very active child, with an abundantly sensitive side, and interested from an early age in artistic things. In elementary school, Nagi won a prize in a contest with a watercolor landscape painting, and she also won awards in calligraphy.

In her twenties, Nagi wanted to draw pictures. First, she took a picture of the interior of a room that she would make the drawing for, and then she drew an abstract drawing with crayons, to make for that room. It was something she wanted to do, but then she did not take that path.

In 2017 Nagi suffered an illness, and her heart got sick with so much shock. Before her surgery, she began drawing to deal with her anxiety and emotions. At the same time, she wanted her own place, and also to start her Instagram.

Nagi’s negative feelings disappeared when she drew. She became engrossed in her art, and in this way could control her mind. At first, Nagi used crayons, colored pencils, brush pens and cosmetics that she was familiar with. She also liked to take pictures, and she took many pictures of the sun that confer scenery and also power, and Nagi is inspired by these.

There are no rough drafts of what becomes her work – Nagi draws her emotions as they are. Although there is no shape at first, there is a form of wonder and emotion after it is finished.

While traveling in 2018, Nagi visited an exhibition of paper cutout art. The art was very delicate, and Nagi was greatly moved. She thought that, though she though not do delicate paper cuttings, she could make paper cutout art in her own way. Using black and white drawing paper together, she made left and right symmetrical cut pictures, and then painted them from the top with vivid color Her first such work she called “Jungle” – an impressive work that made her feel that something had changed for herself.

To go into her own shell for a bit and to begin painting was very positive for Nagi, but also, through her painting she met people from all over the world, and her vision expanded. She felt that art was a savior.

Regardless of genre, Nagi will continue to challenge herself and to evolve her art in various styles.