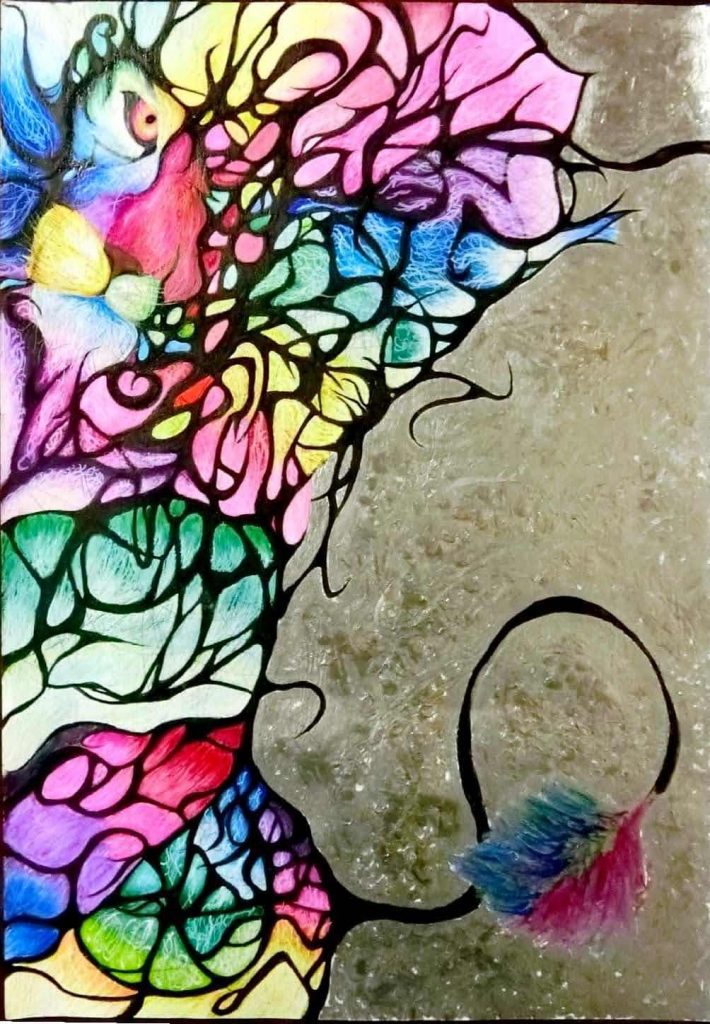 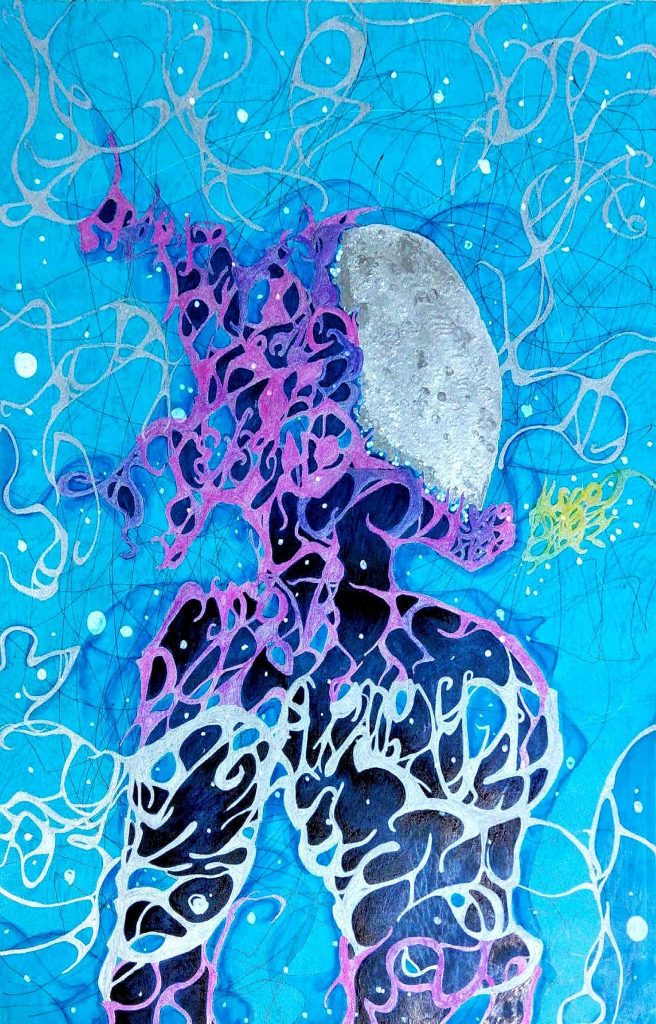 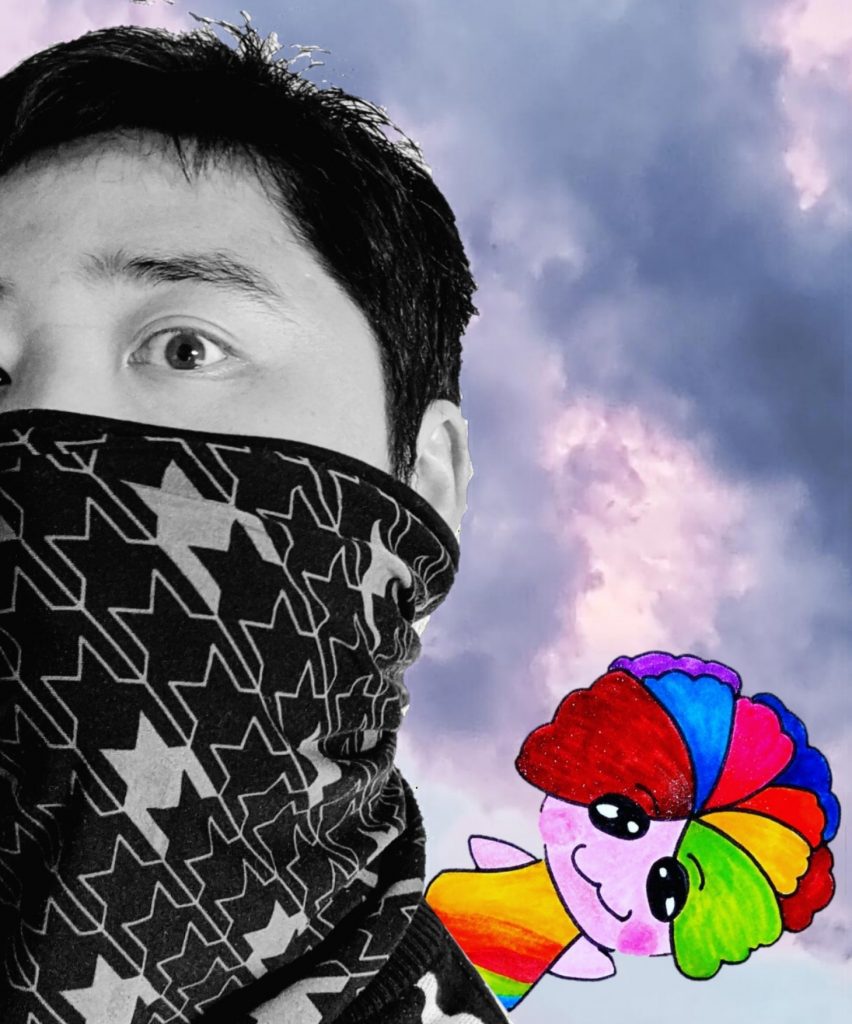 Ryuichi was born in Kyoto, but he grew up in Miyazaki. Since he was a child, he has been absorbed in daydreaming and aspired to imaginary worlds and creatures. That didn’t change even when he grew up, still increasing the number of stories in his mind. When he was about 25 years old, he began creating artworks.
When working as usual at a special support school, he found a piece of paper with squiggly lines drawn on. As soon as it caught his eyes, a giant blue whale swimming in front of his eyes appeared. He got so amazed that he drew a whale with similar lines. It’s the moment that he created so-called “Bring to Life Line Art.”
Since then he is giving life to a variety of lines and successively won the awards sponsored by Miyazaki Nichinichi Newspaper in 2018 and 2019.
He will continue to create new stories in the future. The stories he makes will never end…