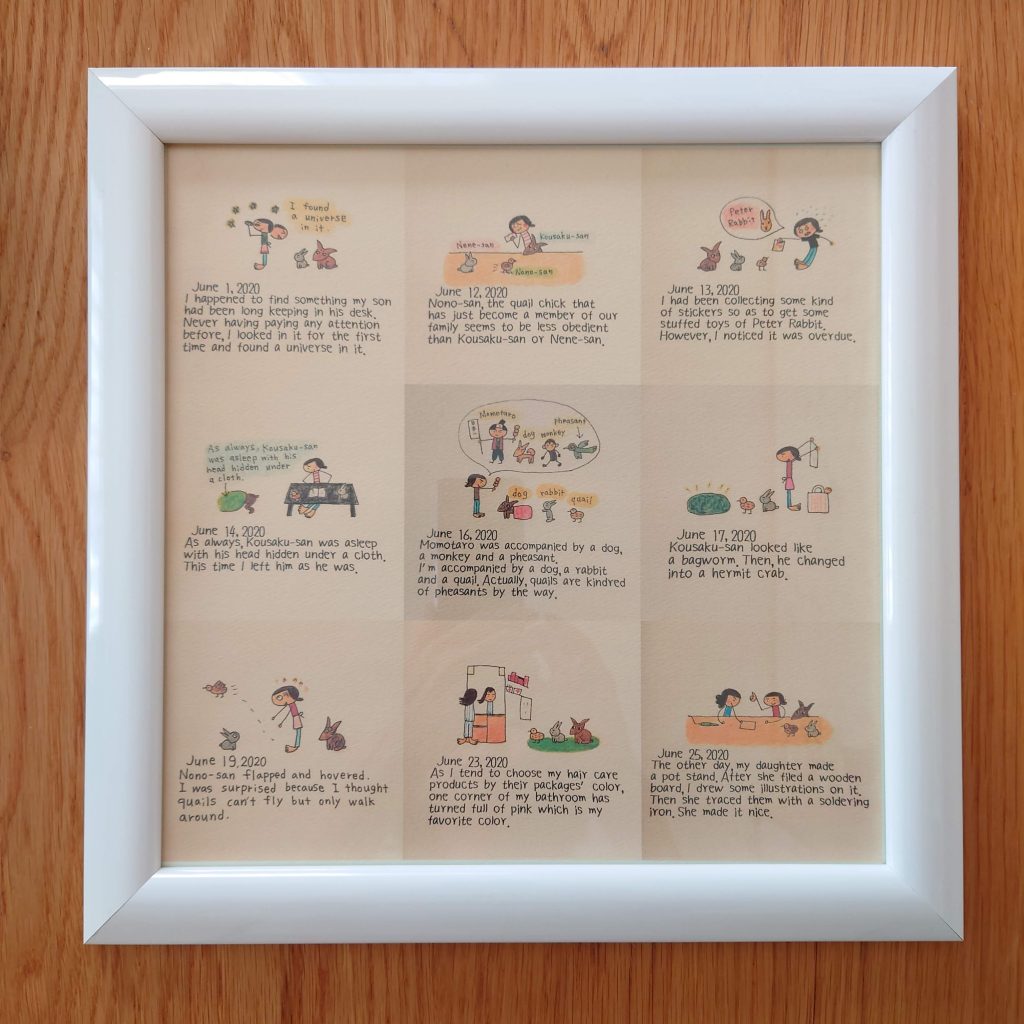 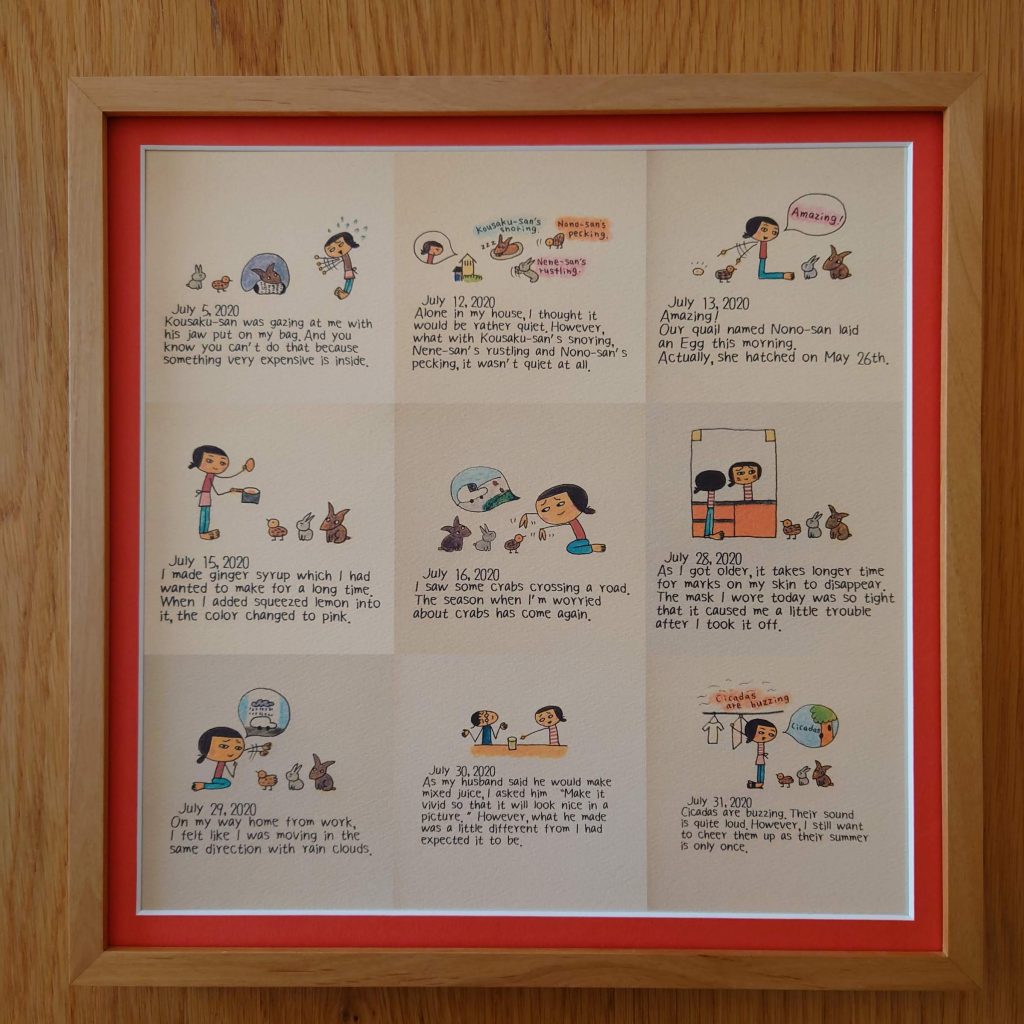 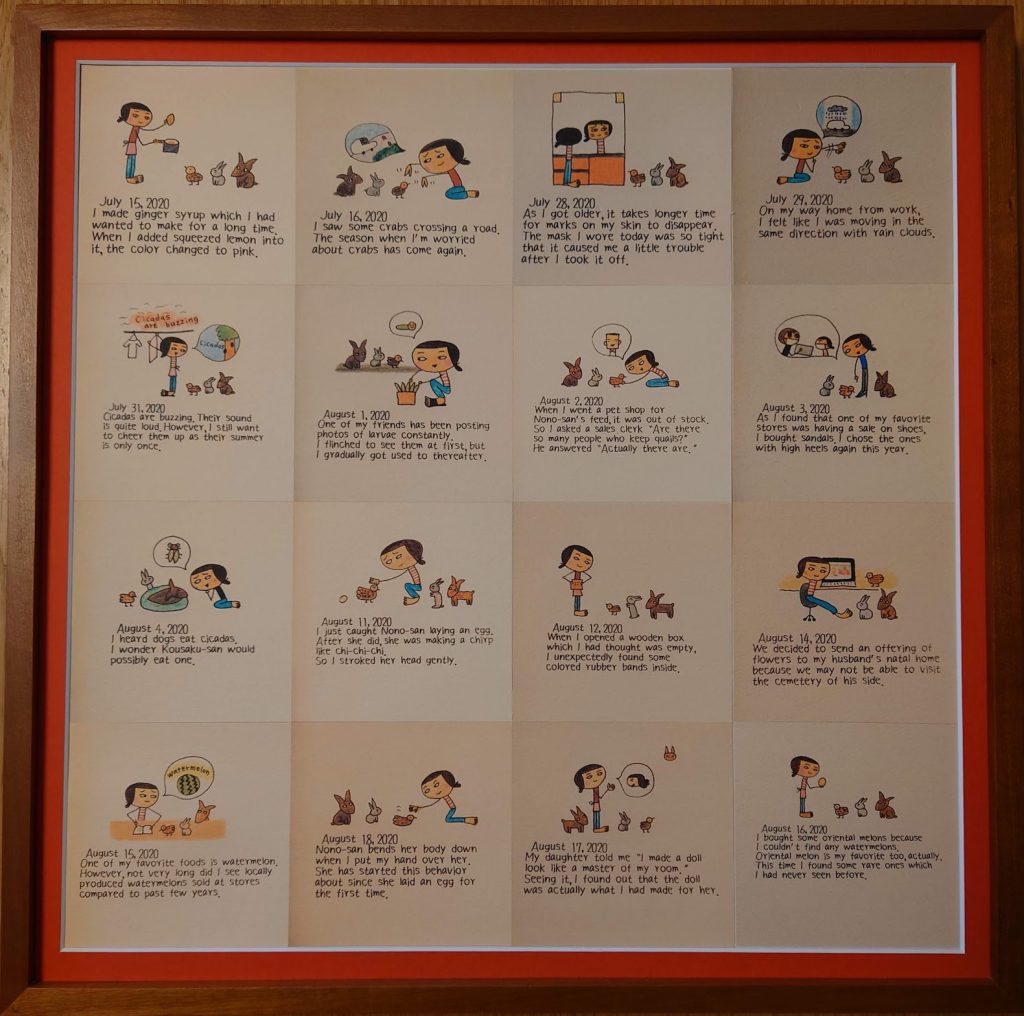 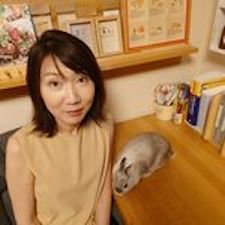 Sachie Nakamura is an illustrator with a distinctive aesthetic sense. Having grown up in an old and quaint port city Onomichi, Hiroshima, she has fostered her artistic inspiration by exposing herself to rich nature of Setouchi Inland Sea as well as numbers of historical and cultural heritages. Having gone through an ordeal of an atomic bomb, Hiroshima municipal government has been putting emphasis on peace education prefecture widely. Sachie, who has also learned wretchedness of war through the peace education since her childhood, often expresses her earnest hope for peace in her works. In 1992, she drew an illustration for the label of Innoshima Hassaku Jelly, a long-selling product in the area as her maiden work. Every single day without fail since January 2018, she has been drawing an Instagram picture diary in English. In 2019, one of her illustrations was selected for the label of a bar soap product. Drawn only with pens and colored pencils, her illustrations vividly capture objects’ characteristics and at the same time, offer people peace of mind and sense of affinity. By delivering small happiness in daily life and everlasting hope for peace to people all over the world through her works, Sachie is always aiming to be an illustrator who makes people happy and feel energized.