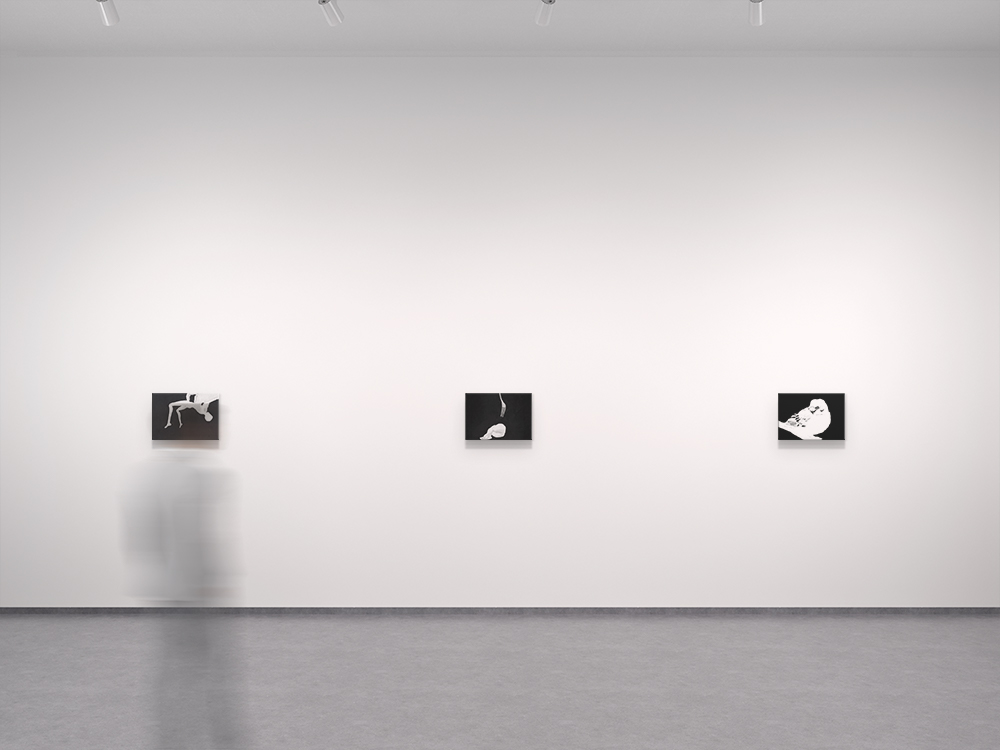 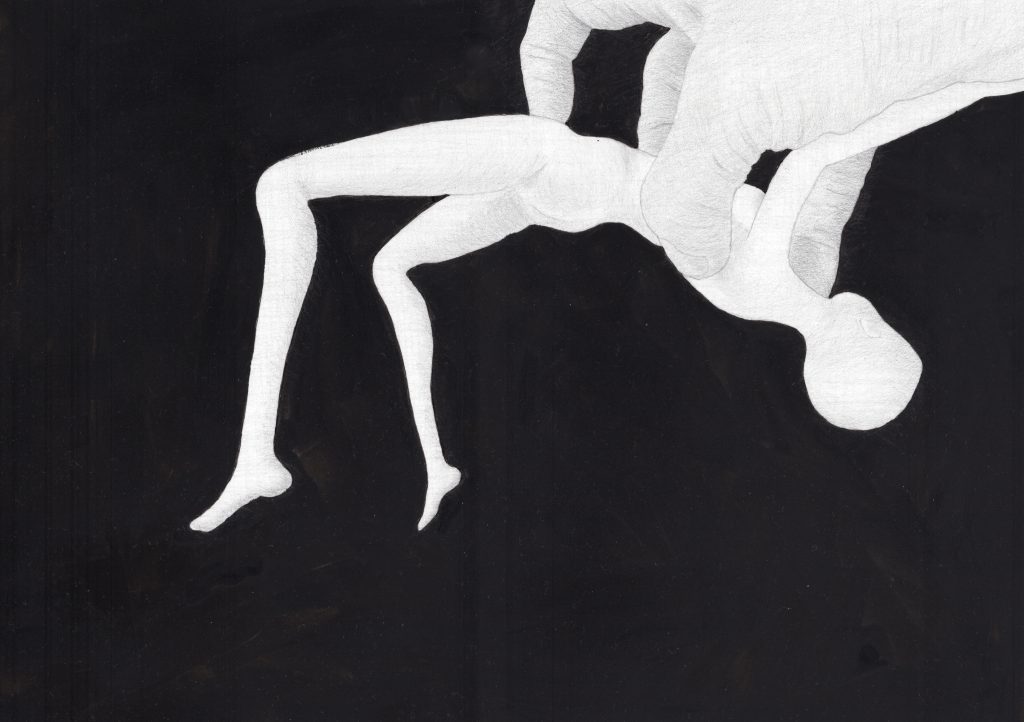 He explaines, “you produce all kinds of bad karma.” You reach the poultry house by the darkness of the night. At that time poultries were already in the sun all day long, singing, jumping and tired, just in a luscious sleep. You fly and grab them. The claws bite deeply into their bodies. Various poultries feel anguish, but can’t speak. You tear it and eat as you want. 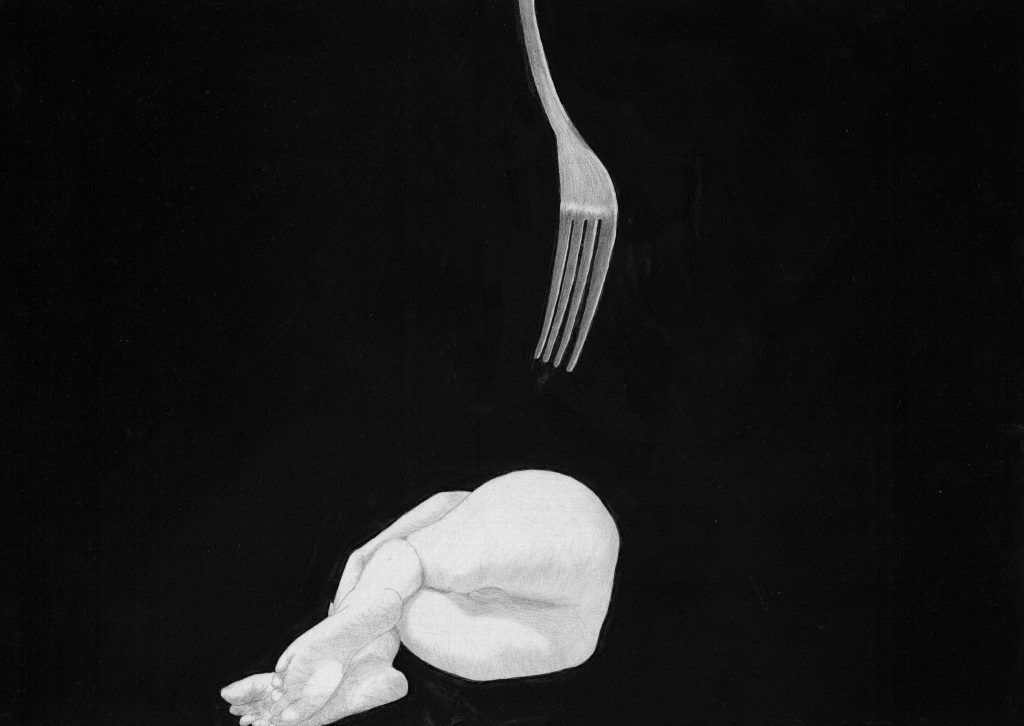 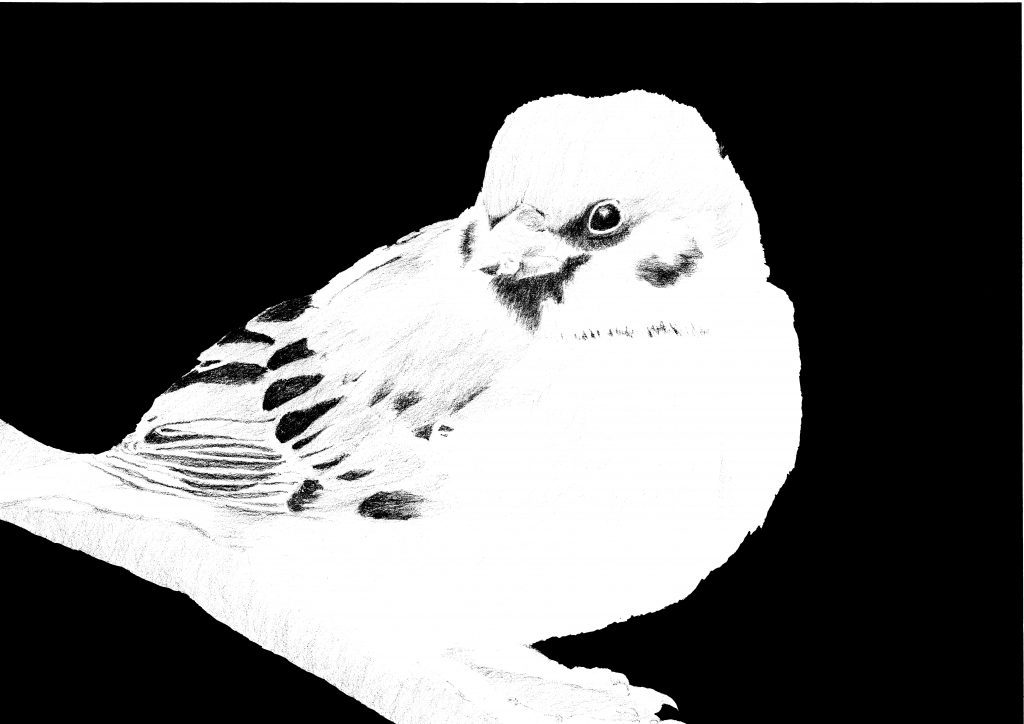 At that time, Shisho-Tairiki was still a powerless sparrow, but when he looked intently on this situation, he was crying over how shameful and epemeral world was. Among them, the two parent and child of the house, which child is about the age of six, and mother cannot get food from nowhere in the great fame, may have starved to death tomorrow. At this time, Shisho-Tairiki looked at them from above and, was at a loss. However, he thought that it was only this time that he would repay their kindness. He stirred up his tired wings to find food for the parent and child in the too far forest. 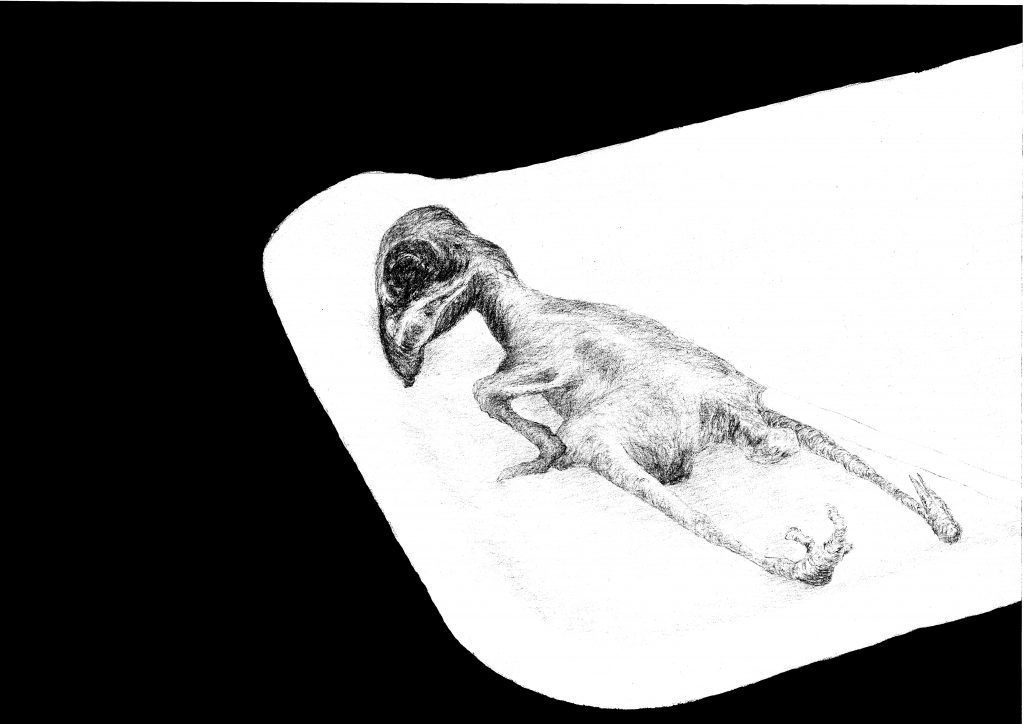 Finally, his wish was fulfilled and he was able to save the parent and child. By that pious act, Shisho-Tairiki could finally meet the Buddha. And gradually, as mentioned above, he mastered the power of Buddhism that no hair would be damaged when he went into the fire, and that one feather would not get wet when he went into the water, and eventually became the bodhisattva of tairiki. 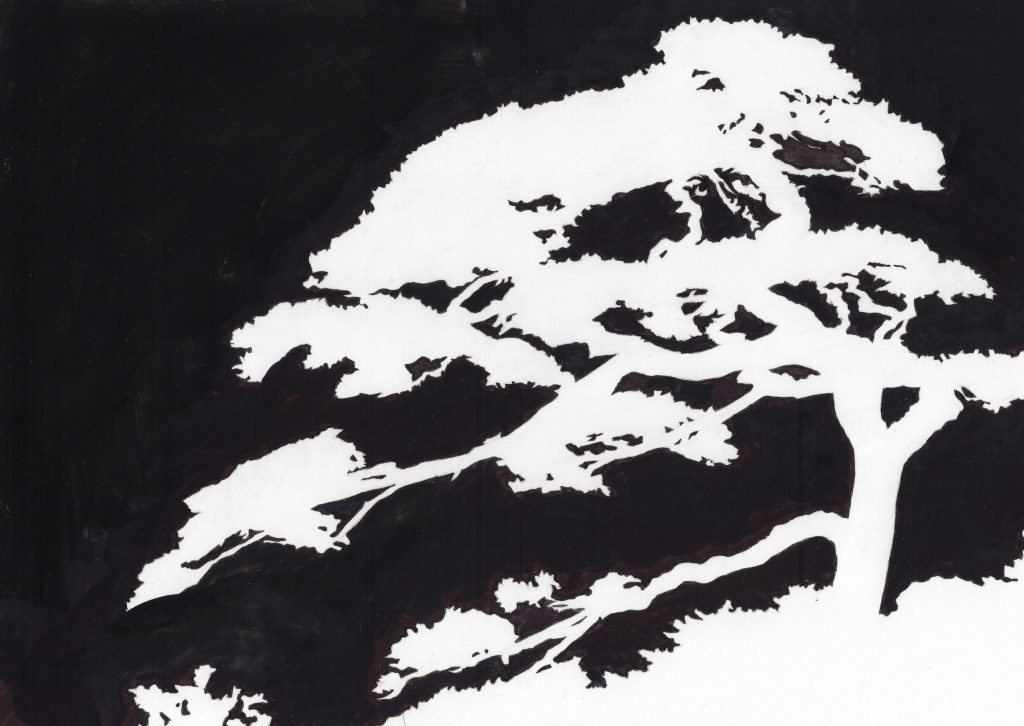 This sentence is the beginning of the sentence in which this Great Bodhisattva talded about the way of salvation because of the mercy of our evil deeds. After resting for a while, I will talk about it in the next preaching.
Amen-Shisho-Tairiki, amen-Shisho-Tairiki.
Everyone, take a rest for a while.’
Black shadow on the tallest tree might flap and move toward the lower tree over there.
That was an owl after all. 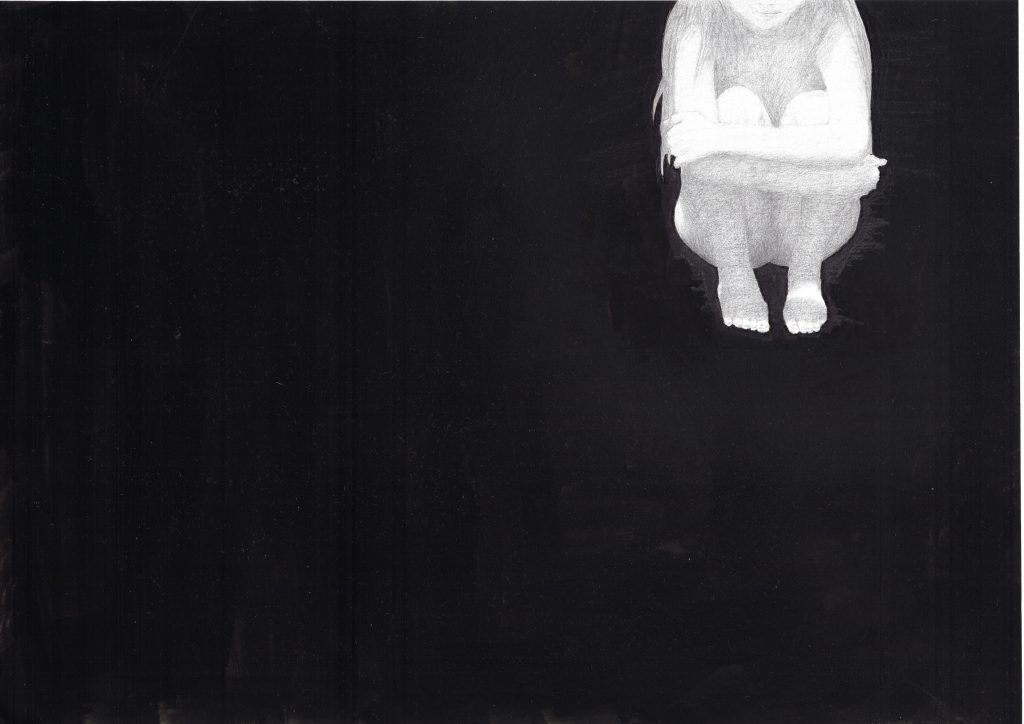 ‘You really are no good. Where everyone is watching, you have a quarrel immediately. Why can’t you be quiet like Hokichi? ’
The owl, called Hokichi, seemed to be the smallest in the three, but the most gentle.
Hokichi looked straight ahead, keeping to perch on a branch, and kept deathly quiet from the beginning to the end. 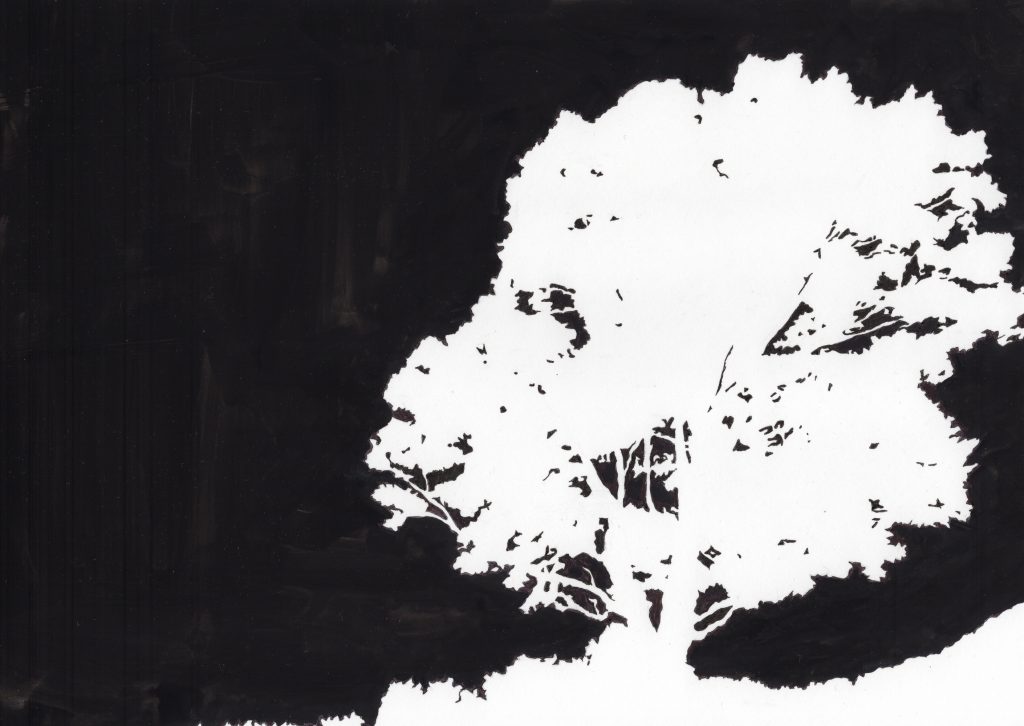 So, last time, I explained about the reason why we call the shashin-bodhisattva as a Shisho-Tairiki, and fate of the making a vow. Then it explained that “Shisho-Tairiki told Rukai.” Rukai was an owl like us at this time. He lived with our ancestors. We call him holy priest Rukai even now, and the 13th of every month is his death day. At any house, because it’s an owl, we take the leaves of oak tree and give it to holy priest Rukai on the 13th. This is because Rukai lived in oak tree. 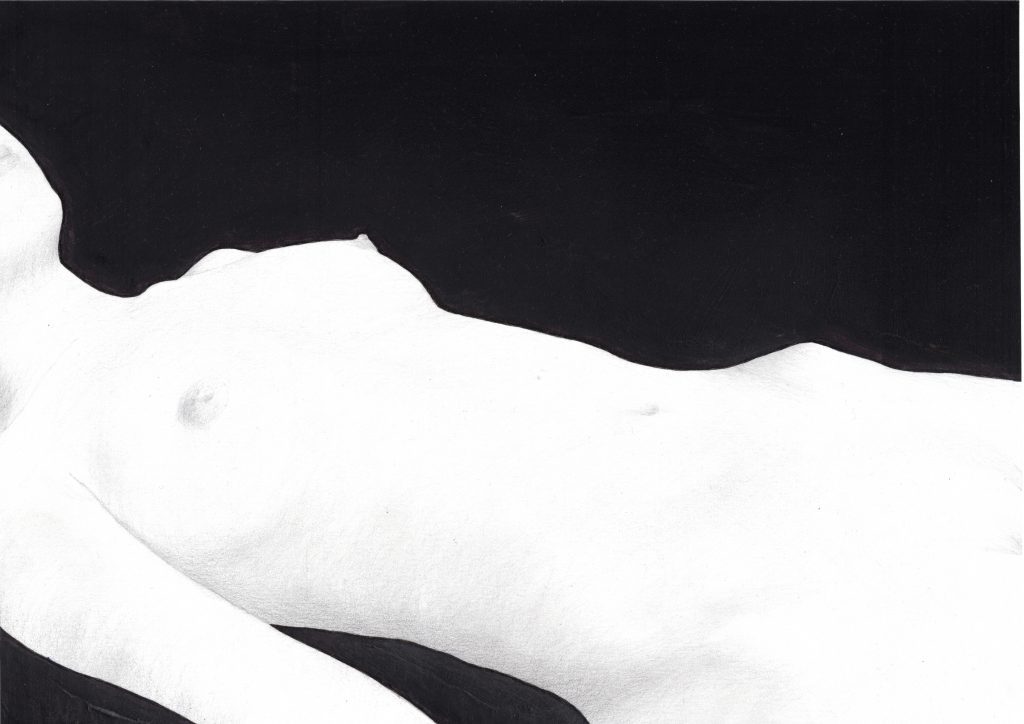 A pack of owls gathered tonight in the pine forest above the Shishihana. Hokichi was here tonight. Hokichi had come, but not the place the night before yesterday, at a place higher than the place where grandfather perches, two small branches were crossing, then 4 or 5 smaller branches were, place like a cup, laying straw waste, hair and so on brought from somewhere were laid, and a temporary nest was made. Hokichi laid halfway in it, closing her eyes firmly.
Mother owl and two brothers sat around Hokichi and tried to support her body. 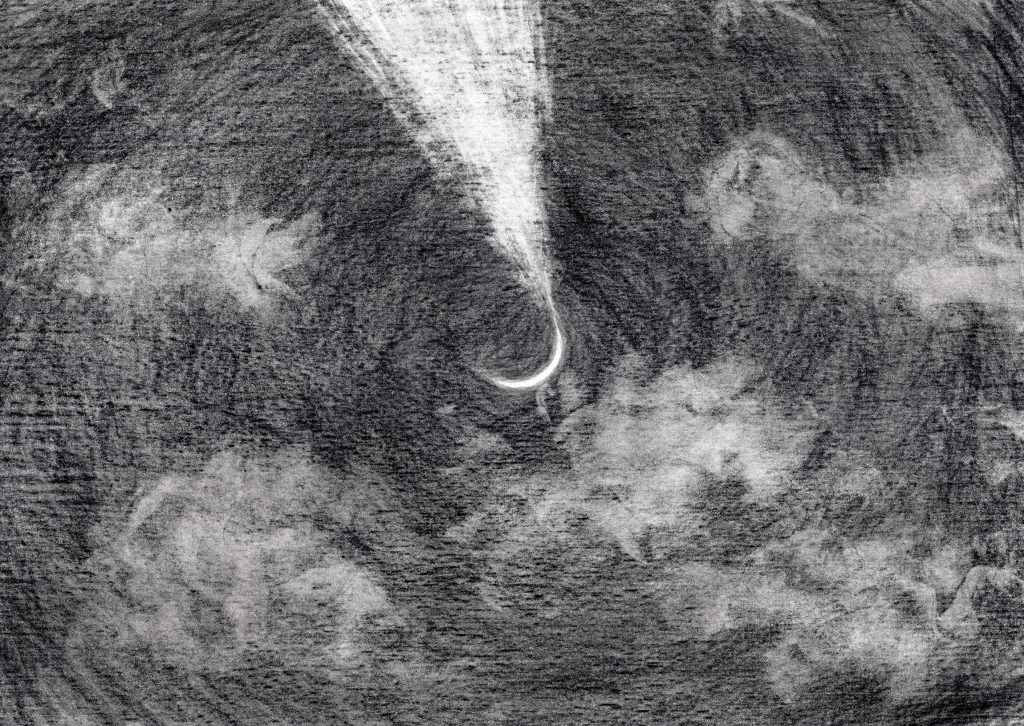 They thought they were suffocating all at once. Because from the pointed bows in right hand side of the moon’s ship, something like a beautiful purple smoke, like a fireworks, spouted out.
Smoke trailed immediately, creating an eye-catching purple cloud beneath the moon, above the mountain entirely. 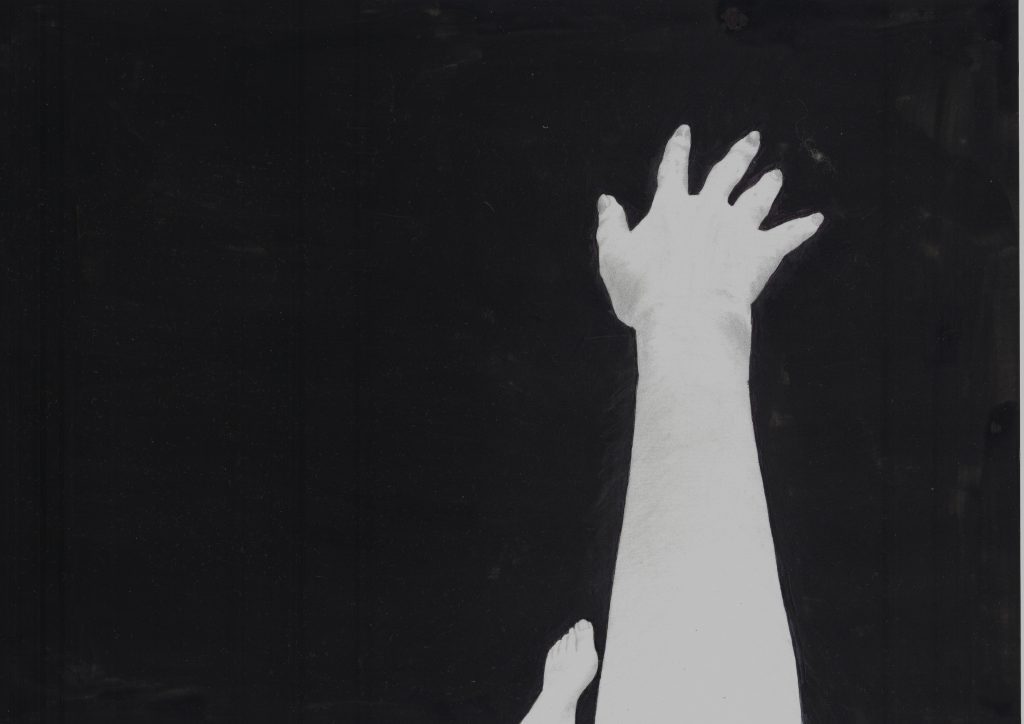 Above that cloud, three splendid golden people was standing straight.
A man in the middle was tall, gazing us with big eyes. We could clearly see the folds of his clothes.
He was wearing a fine personal ornament that looks like setting with stars. The moon just circled around his head.
On the right and left, respectable persons who are a little short stood with pressing their hands together in prayer.
The halo was vaguely hazy golden coloring, and we could see the blue star behind them. 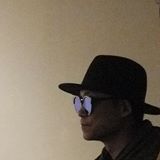 The Great East Japan earthquake has happened in 2011. Because it was enrolled in a university of the Tohoku and Kanto area, sato couldn’t think as a somebody else’s problem, and felt deep anxiety and thought to have. He doesn’t know why but he has begun to draw his hand. His activities as an artist became synonymous to a prayer at the same time.
He is thinking there will be no techniques and methods which aren’t performed by present-day art any more. Therefore he doesn’t emphasize anything as originality. There are various types of art materials and techniques used by him.
After activity in Japan, he begins to start overseas operations to come near and release a work widely. He held solo exhibition in New York in 2017. He is aiming at more work announcements at foreign countries from now on.
When doing future’s activity, he regards Gerhard Richter as an ideal artist. It’s also possible also to draw a good representational painting dreadfully and draw an abstract painting, and moreover he’s also dealing with a solid work and agrees with directionality of sato.