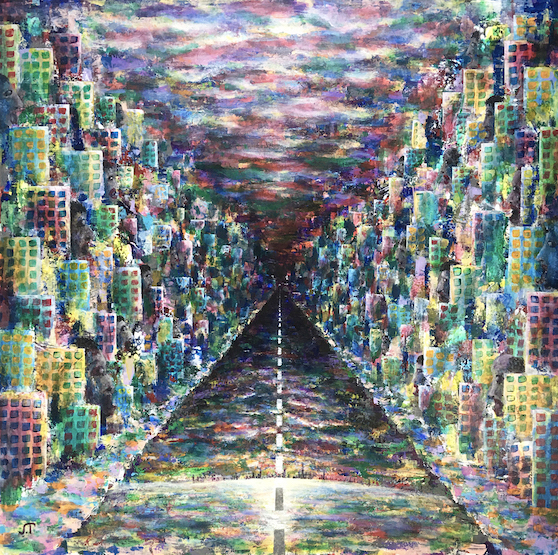 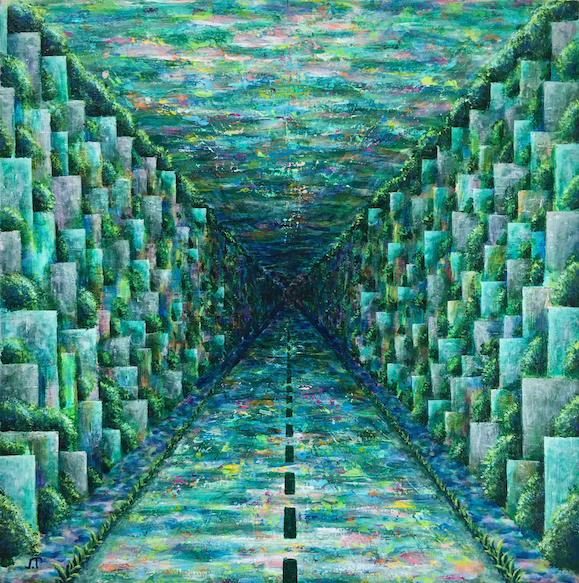 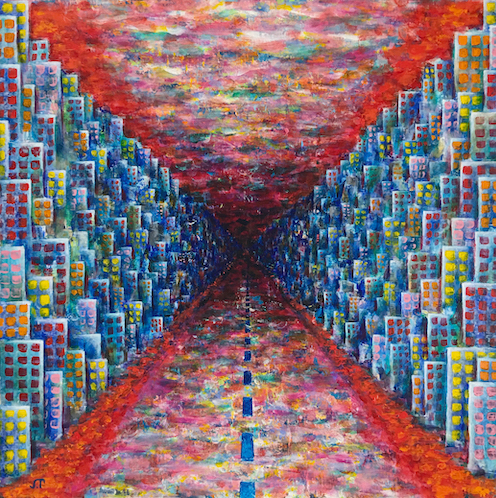 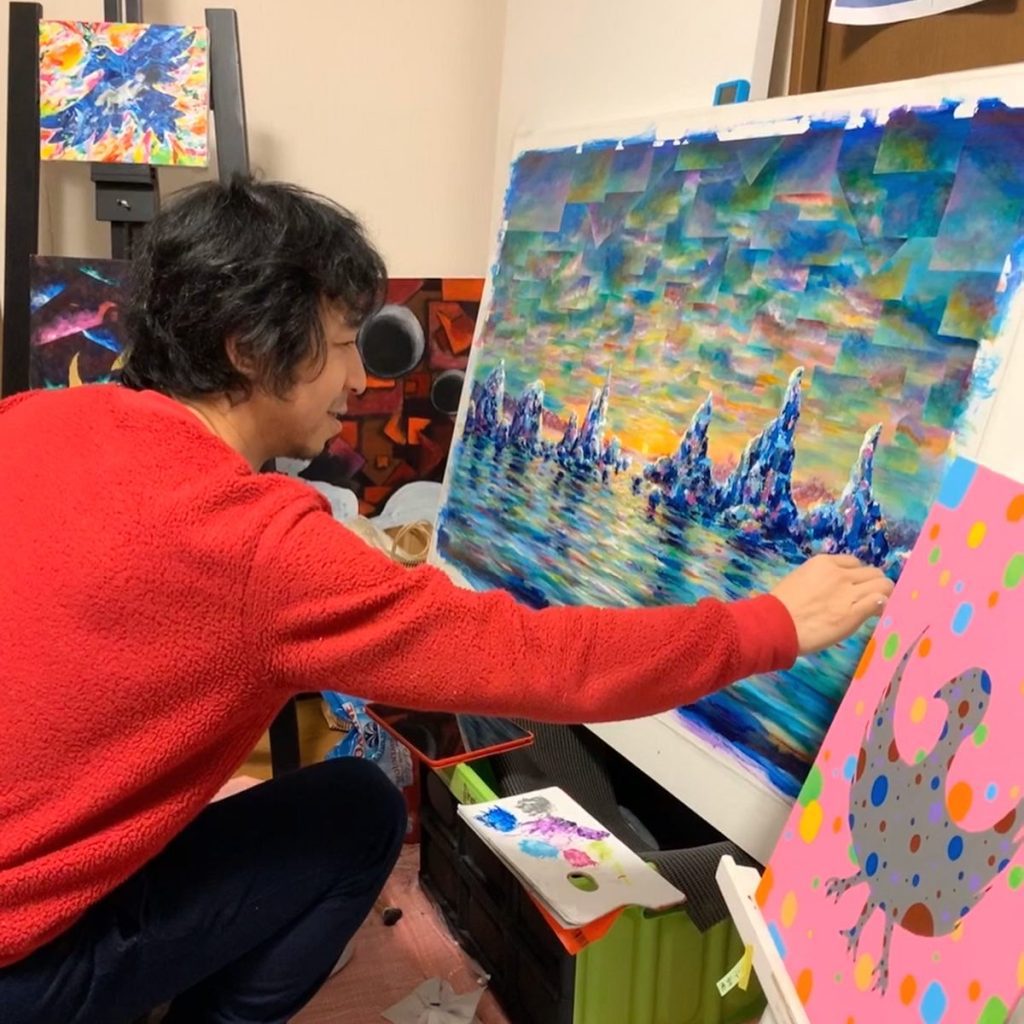 SHINGO TERASAWA is a painter born in Shingu City, Wakayama and currently based in TOKYO. His prefecture is known for the UNESCO World Heritage Site, “KUMANO-KODO (ancient pilgrimage road)”. He moved to Tokyo after entering University and at the age of 20, he started painting with acrylic. At that time, however, he was aspiring to become a musician. He played guitar in a rock band and finally got a major break. However in 2014, the band took a break.
Since then, he has devoted himself to painting. The main concept of TERASAWA’s painting is to recreate KUMANO’s mystic sceneries into magically-colored nostalgic artworks. As a part of that, he paints “YATAGARASU” (a three-legged raven, messenger of the gods of Kumano), with colorful dots and symbolic patterns. Sometimes he paints abstractly with acrylic and draws a monochrome, imaginary world with pencil. He held 5 solo exhibitions in Japan and won several prizes at art competitions, including NIKA Exhibition. In recent years, TERASAWA has been looking at things from a global perspective, hoping to spread his art to the world.
Since 2018, he has displayed at several overseas group exhibitions and has sold some of his artworks there.