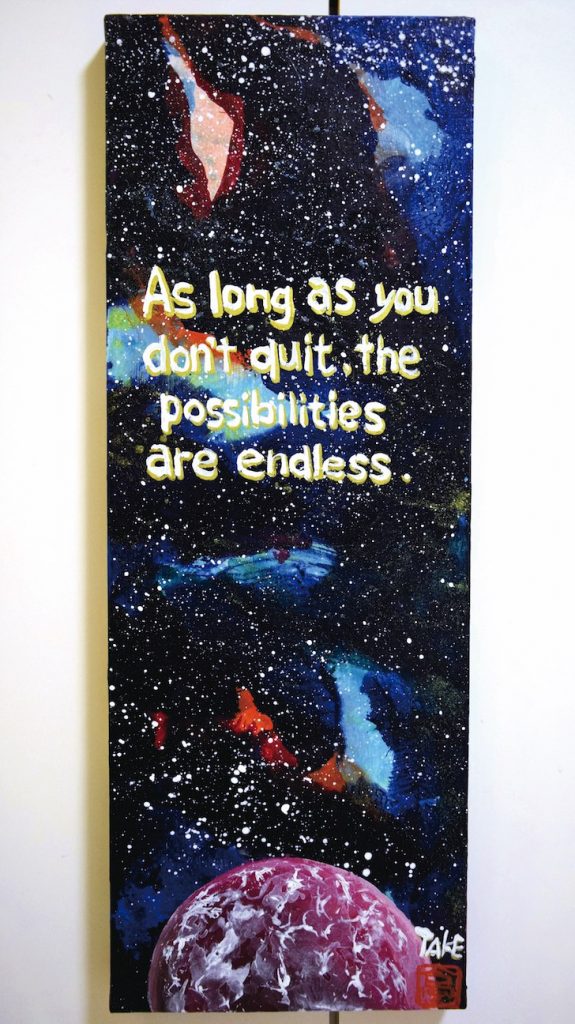 As long as you don’t quite, the possibilities are endless. 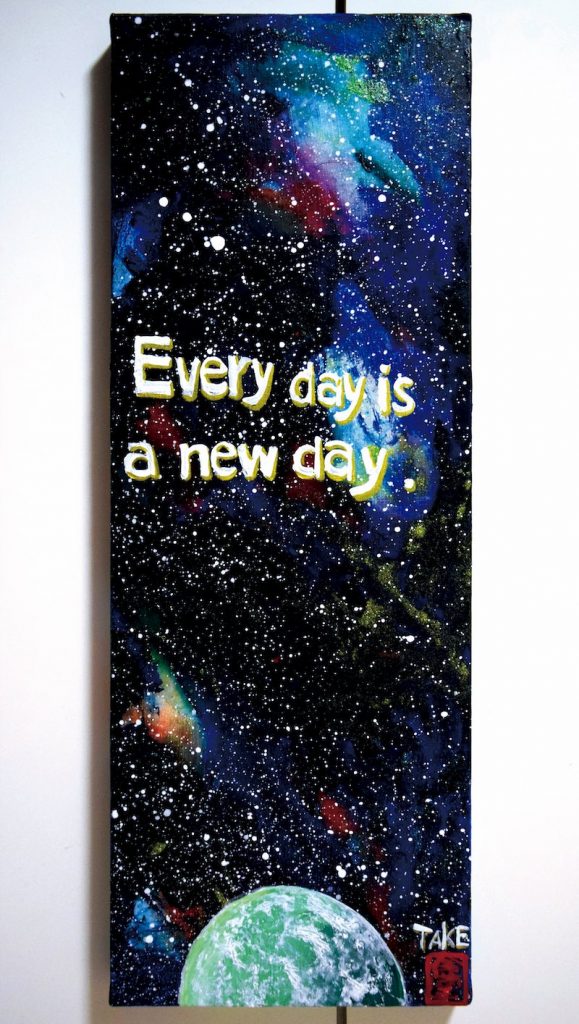 Every day is a new day. 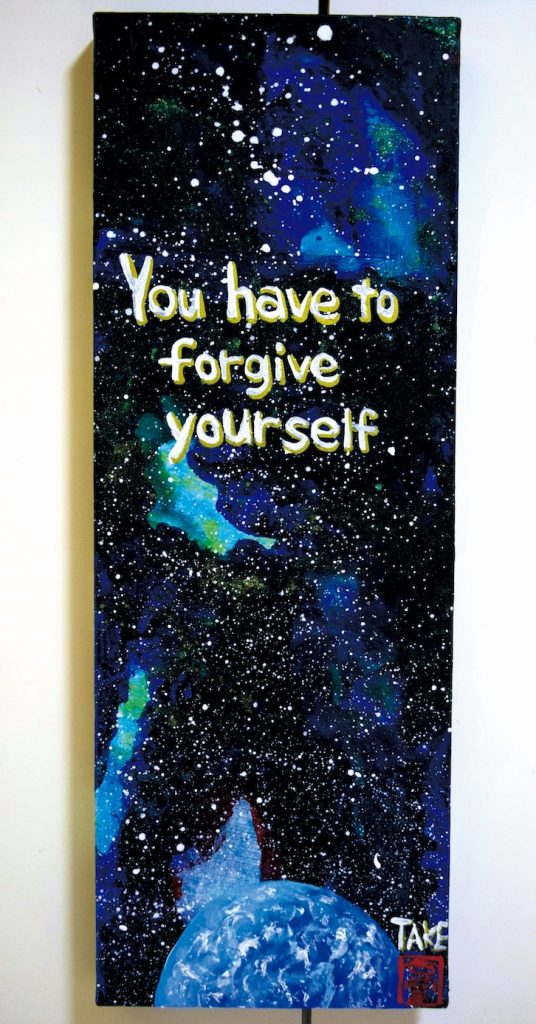 You have to forgive yourself.

Takeaki Kawamura was born in Tokushima Prefecture. He has loved singing since he was a child, and often performed in Kyoto as a guitarist and vocalist. However, he collapsed from a stroke when he was 34 which left him with a speech impediment, hearing impairment, aphasia, and right-hand paralysis. He could neither speak nor understand language, let alone sing songs. All the scenery around him looked black and white.
It was “HANABI”—Kitano Takeshi’s film—which gave him a new sense of hope. He took brush in hand to draw unintentionally like the detective who was paralyzed on one side in the movie. To his surprise, he could draw pictures so smoothly. He started to add poetry to his pictures instead of expressing his thoughts aloud. His world view, as created by his pictures and poems, was born in this way.
He became popular the moment he started street sales, and held a solo exhibition at Takashimaya in Kyoto. He dedicated ten Fusuma pictures to Hyakumanben Chionji Zuirinin in 2017. On these were painted three dragons with a spectacular universe. He served as an art producer for Eguchi Hospital in 2018. The hospital is full of his colorful and bright art works.
In 2022, we are celebrating the 20th anniversary of his sparkling life as an artist.