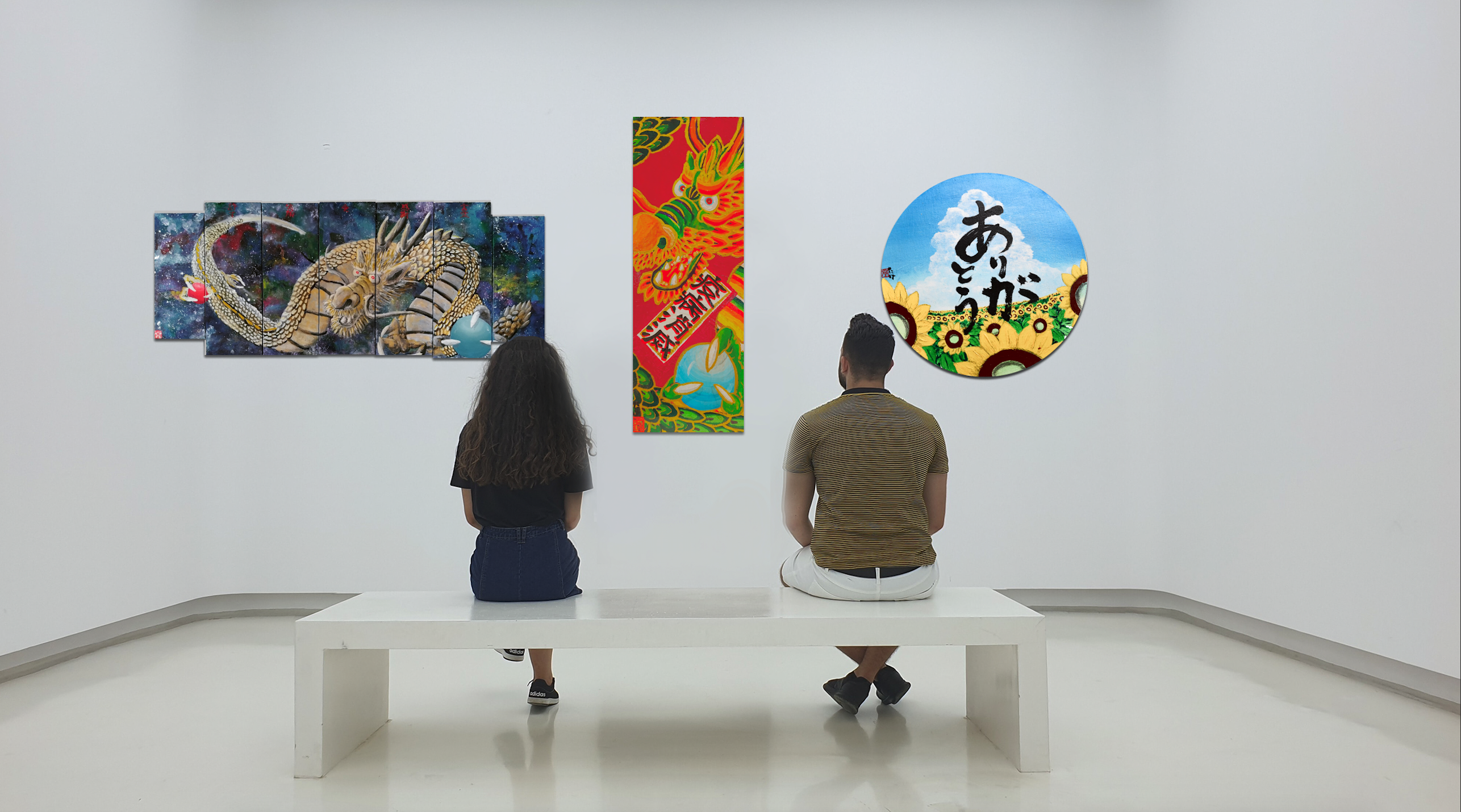 Amid the devastation that attacked me as my dreams got crushed by the permanent effect of brain infarct, I could find a reason to keep living when I started painting. I would like to tell those who are going through pain and those who are feeling anxious without hope in their mind: that we human beings are capable of getting through the hard times no matter how painful they can get. You’ll never be too old to try out something new in your lifetime. I want them to know that once they get over the pain, there is a land of infinite possibility where a future filled with happiness awaits. 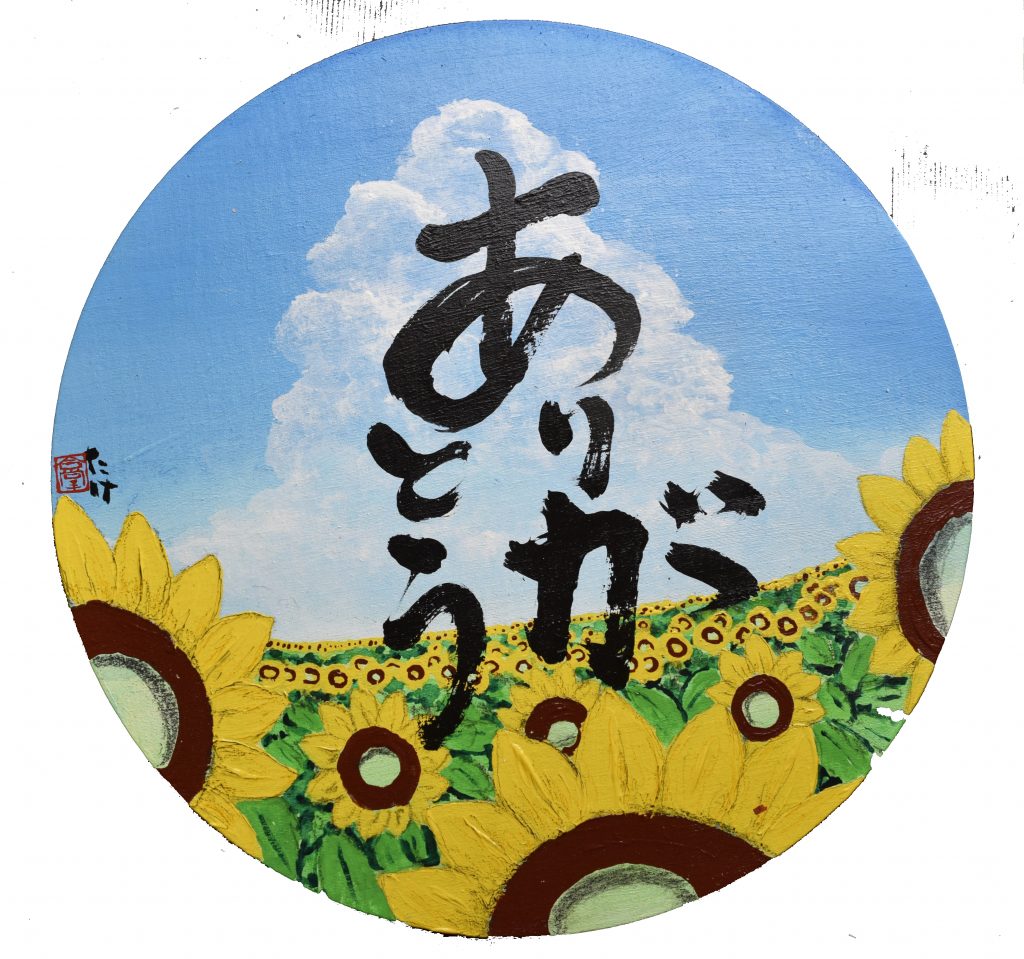 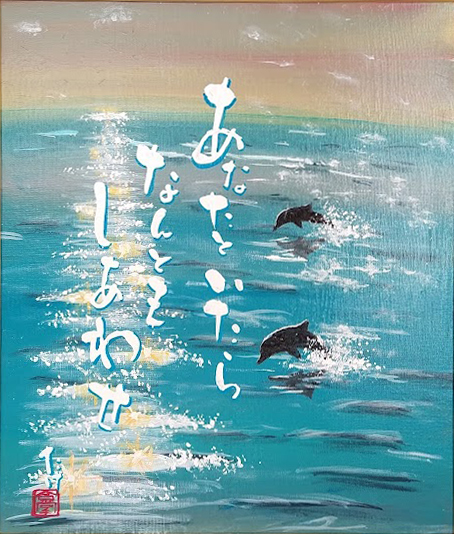 Fly to the future 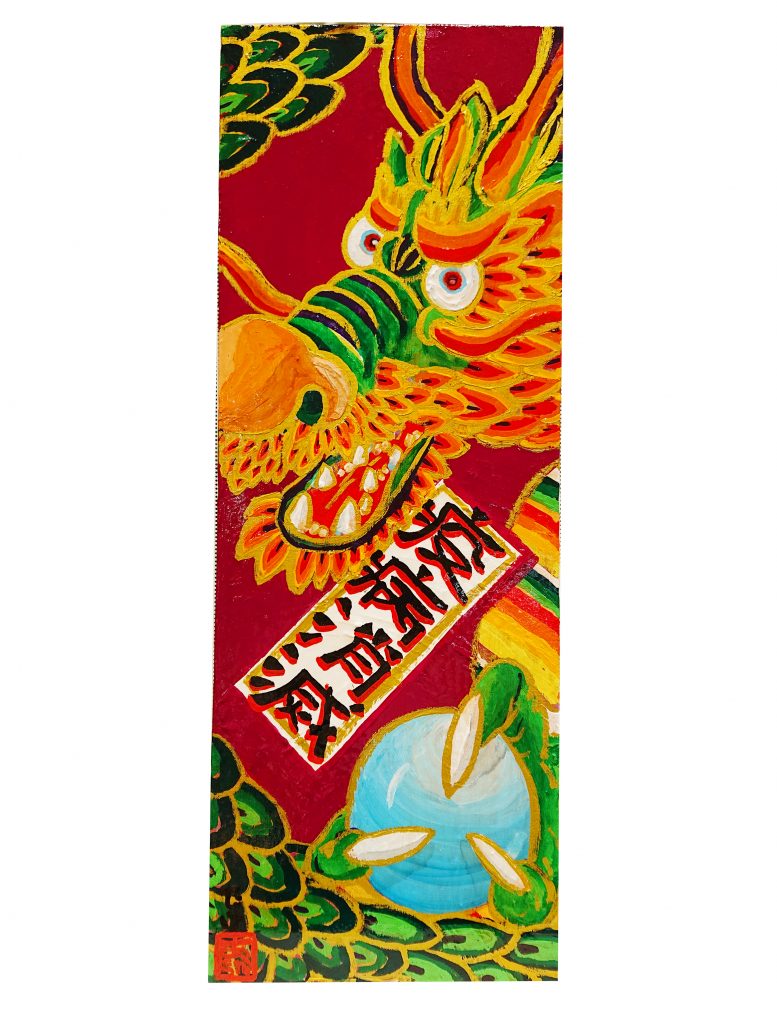 It’s a miracle to meet you

Have a man live

Takeaki Kawamura was born in Tokushima Prefecture, Japan. He loved singing since he was a child, and often performed in Kyoto as a guitarist and vocalist. However, he collapsed from a stroke when he was 34, leaving him with a speech impediment, hearing impairment, aphasia, and right-hand paralysis. He could neither speak nor understand languages, let alone sing songs anymore. All the scenery around him became black and white.

It was “HANABI”—Kitano Takeshi’s film—which gave him a new sense of hope. He took a brush in hand and drew unintentionally like the detective in the movie, who was paralyzed on one side. To his surprise, he could draw pictures very smoothly. He started to add poetry instead of expressing his thoughts aloud. His worldly view, as created by his pictures and poems, was born in such a way.

He became popular the moment he started street sales, and held a solo exhibition at  Takashimaya in Kyoto. He dedicated ten Fusuma paintings to Hyakumanben Chionji Zuirinin in 2017. On these were three dragons in a spectacular universe. He served as an art producer for Eguchi Hospital in 2018. The hospital is full of his colorful and bright artworks.

In 2022, we are celebrating the 20th anniversary of his sparkling life as an artist.