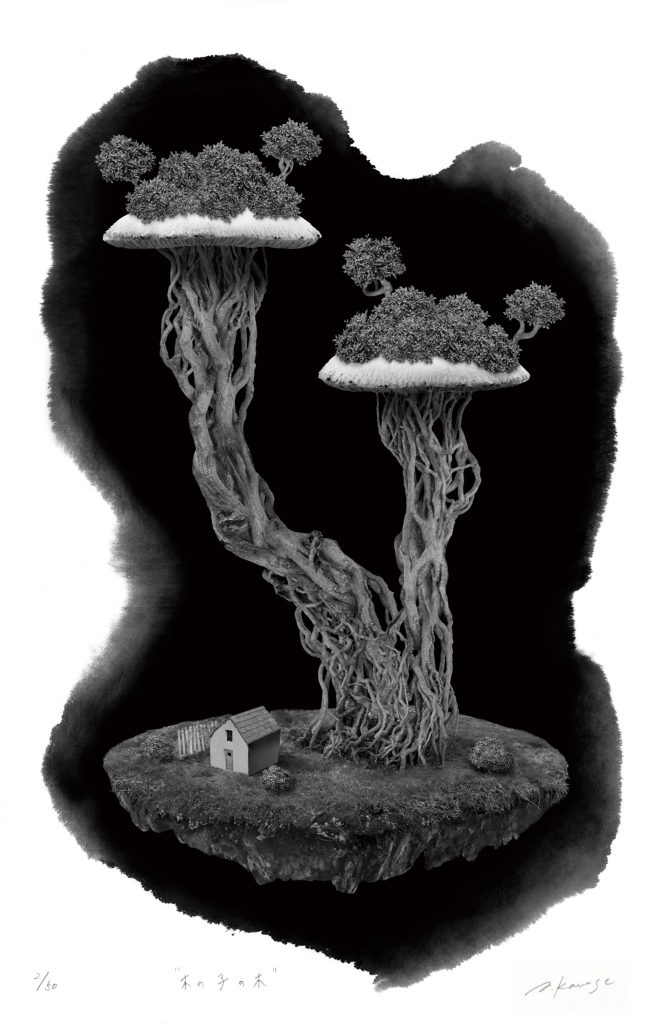 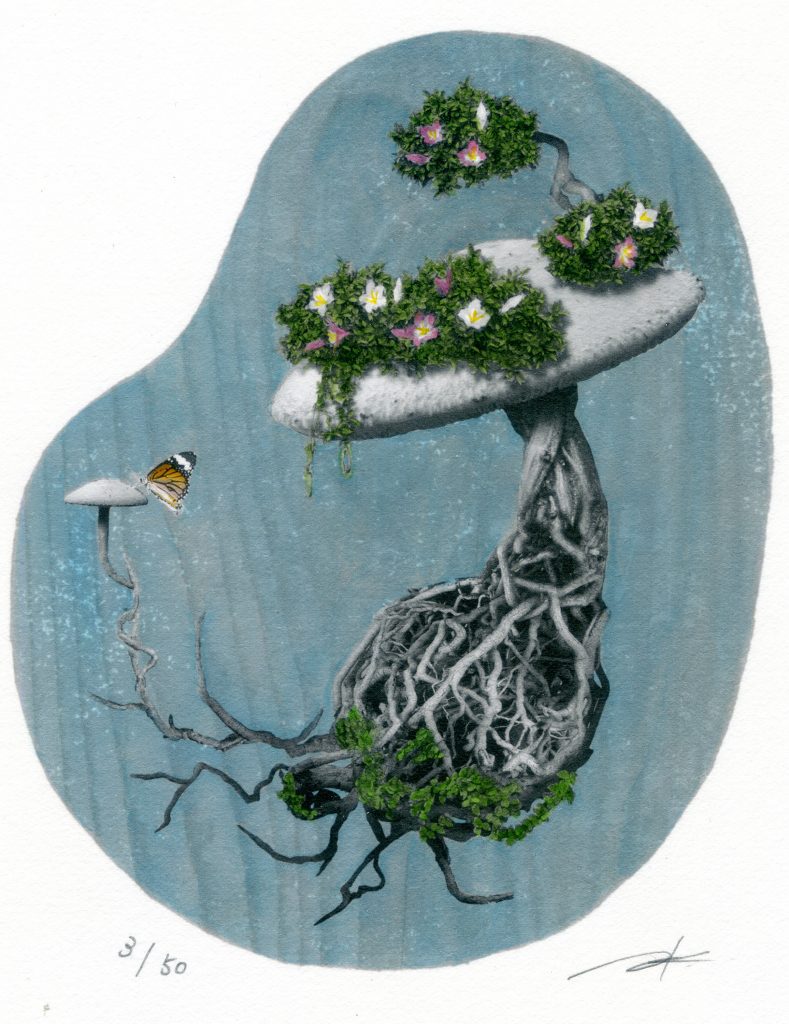 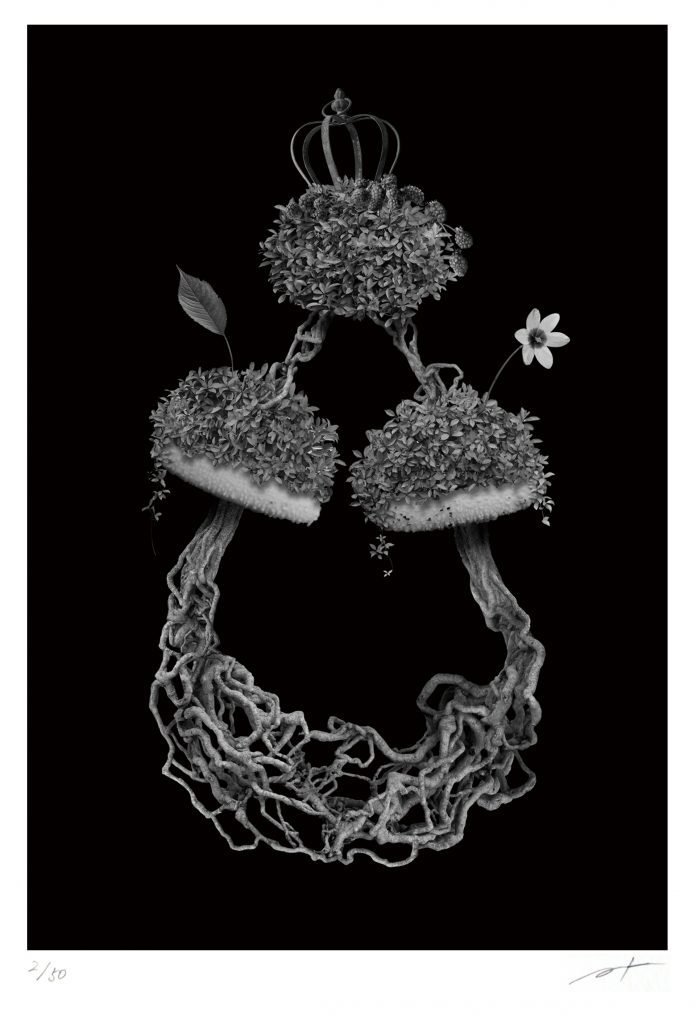 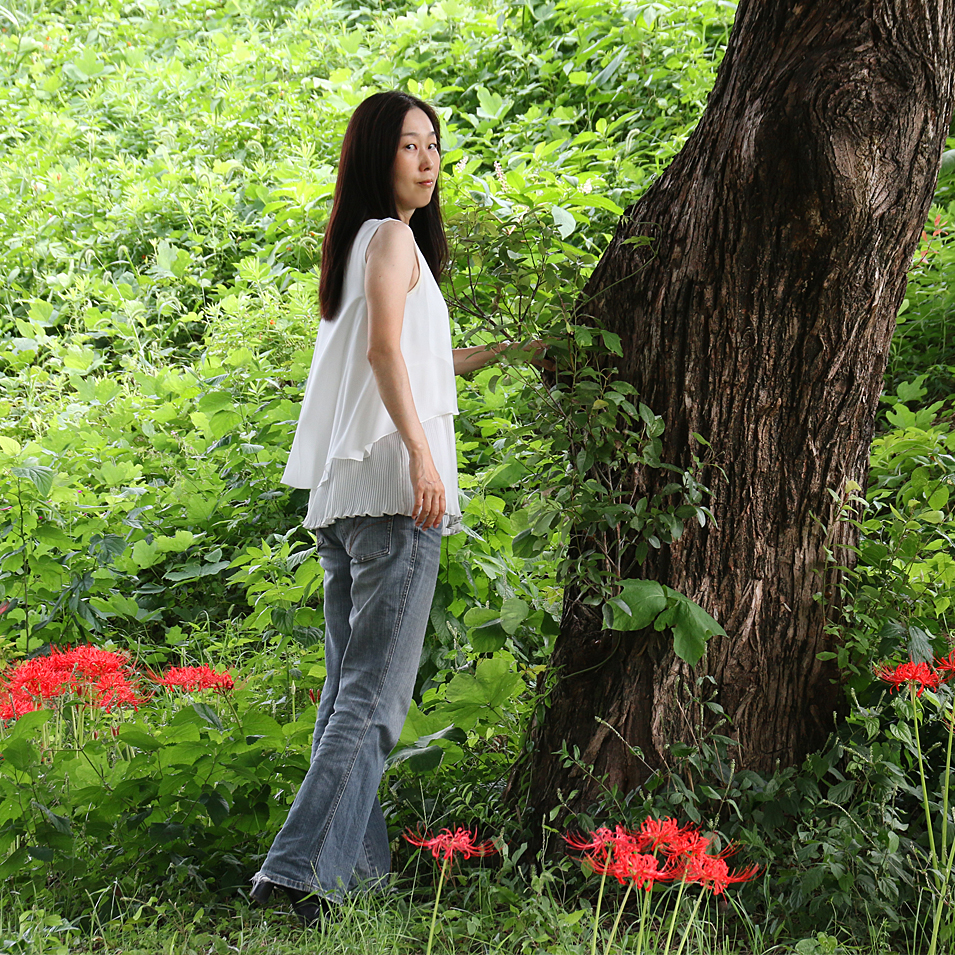 She has liked painting and drawing since she was a child. She drew comics and wanted to become a professional comic artist when she was a teenager. However, she gave it up due to her tendonitis. She then entered Art & Design College. There, she was introduced to Photograph and Computer, and started learning it by herself there. Now she makes artworks with digital photo collage and abstract painting. She often describes monochrome as darkness in her heart. Do not ask her to explain the meaning behind her artworks. This is because she would like people to enjoy and feel her artworks of darkness freely.