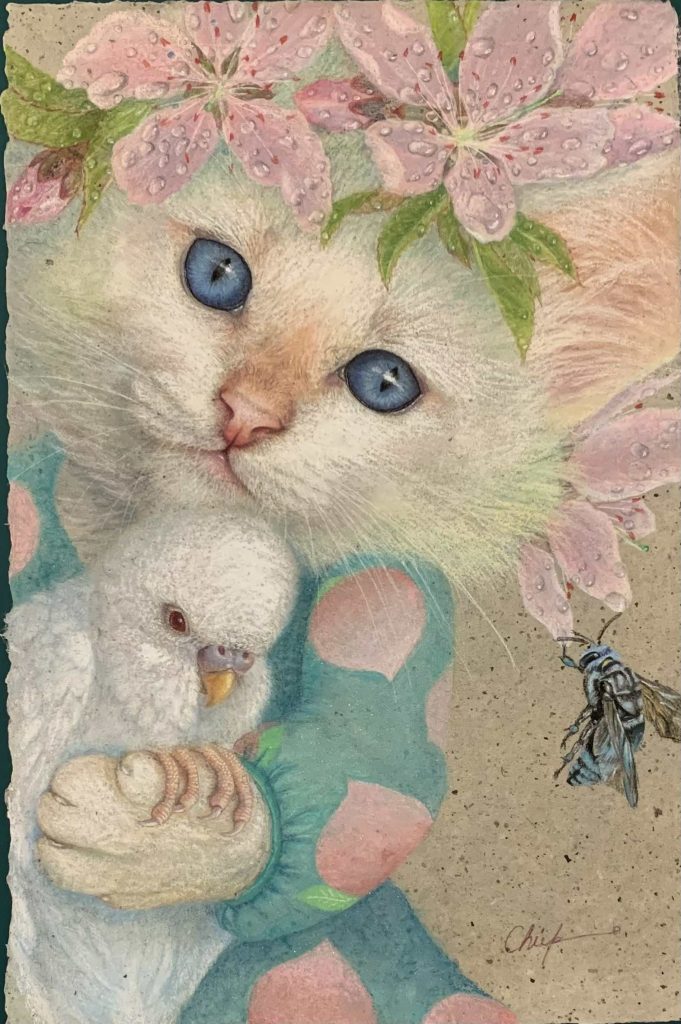 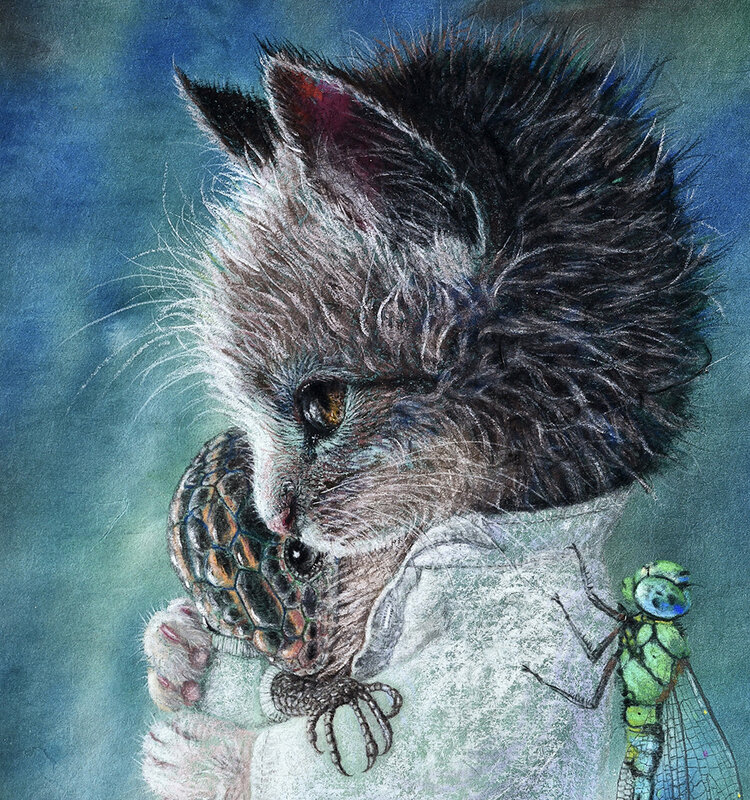 Born in 1967. From the age of seven, Chieko Catou began attending the studio of Tokyo-based artist Yumi Yagihara. In 1988, she graduated from Tokiwamatsu Women’s Junior University Art Department (now Yokohama College of Art and Design) and started work as an accessory designer. After this, she took up a career in freelance illustration and currently works predominately in pastels.

She loves cats and finds drawing them very healing. her works feature anthropomorphic animals, mainly cats. she depicts the strange and funny world of these creatures in my work. Cats are considered to be some of the most expressive animals, and so it is easy to depict their character when she is drawing them. That’s the reason to use cats as her subjects. She hopes that her artworks can be of use to people in some ways.