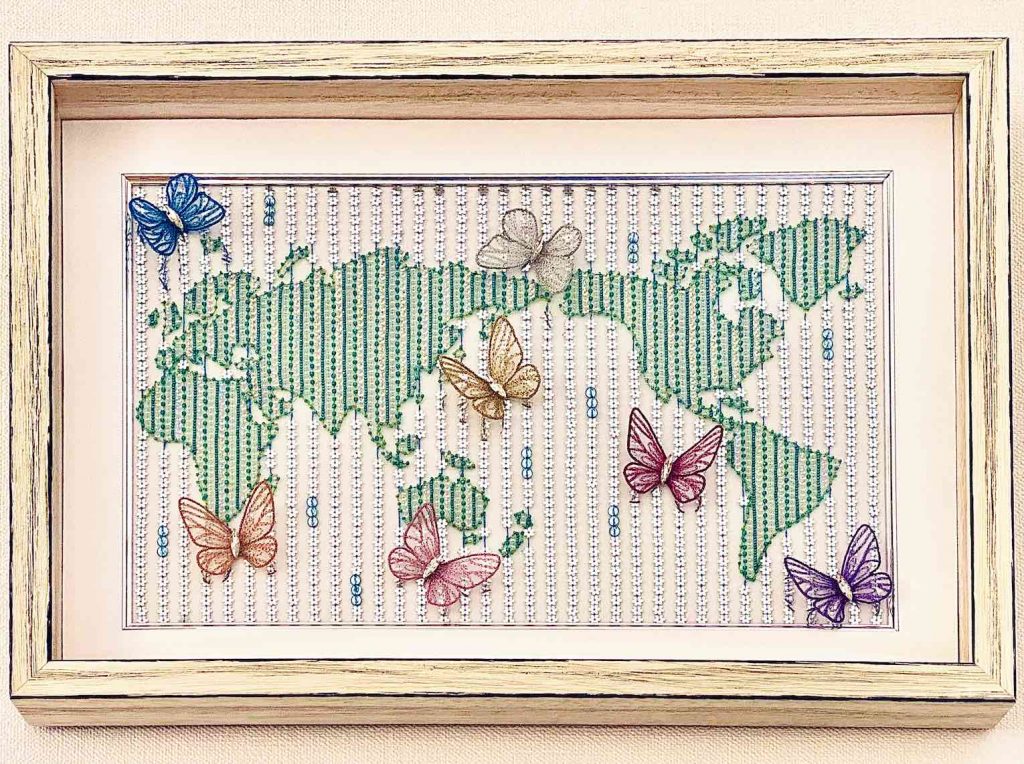 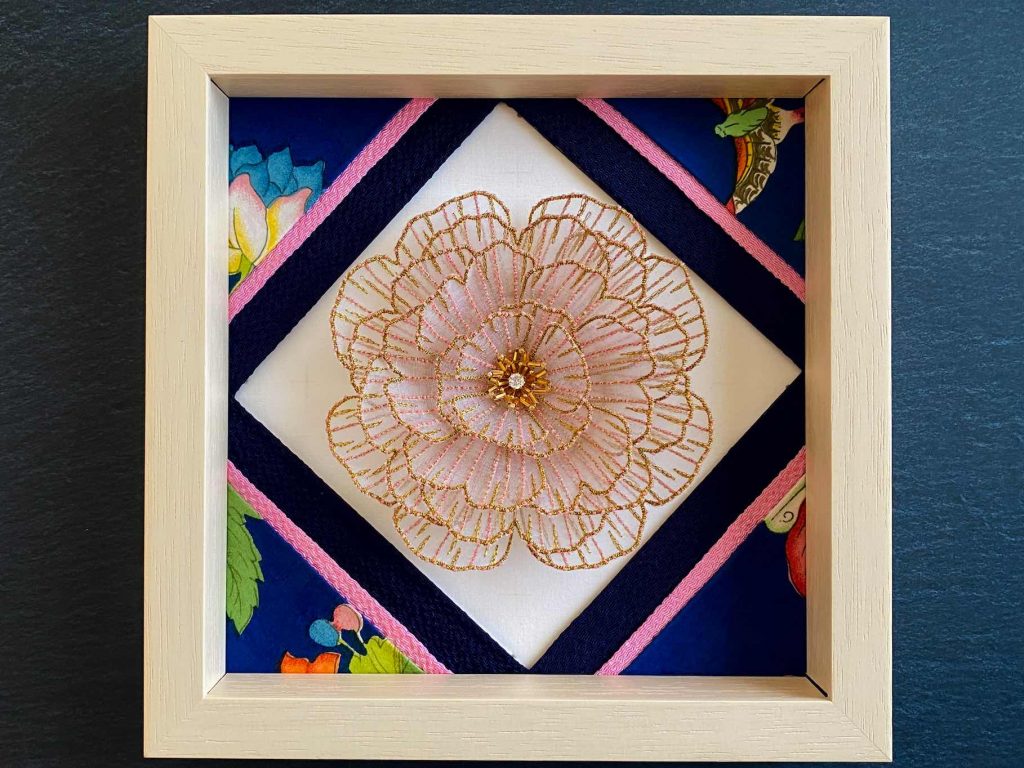 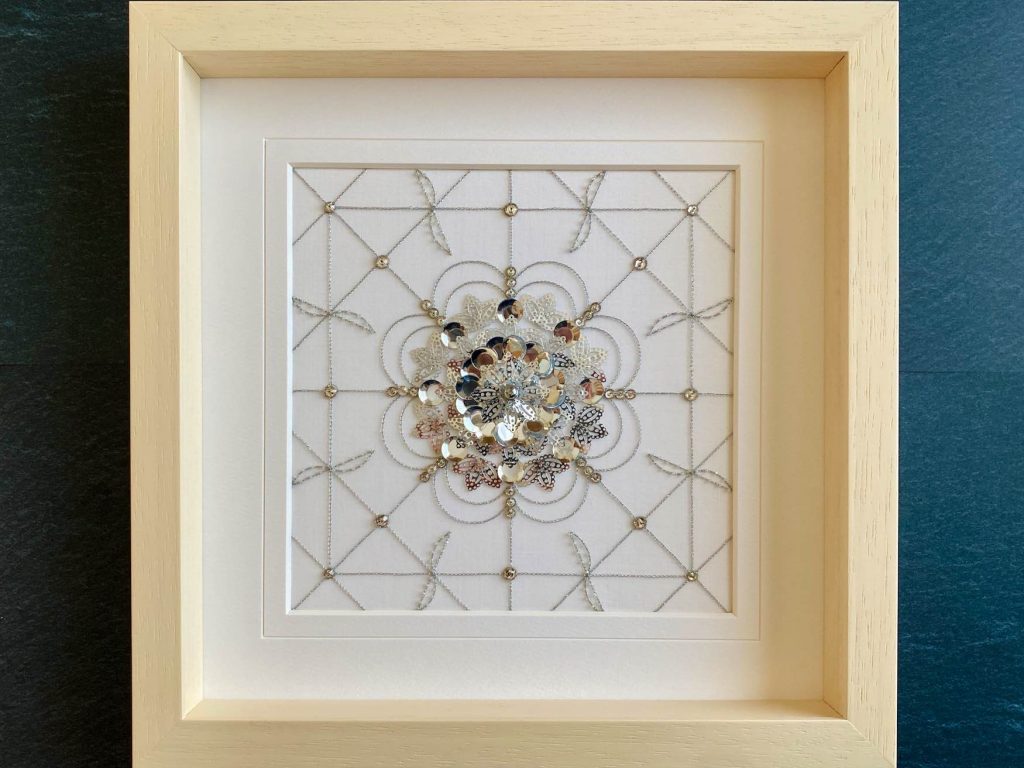 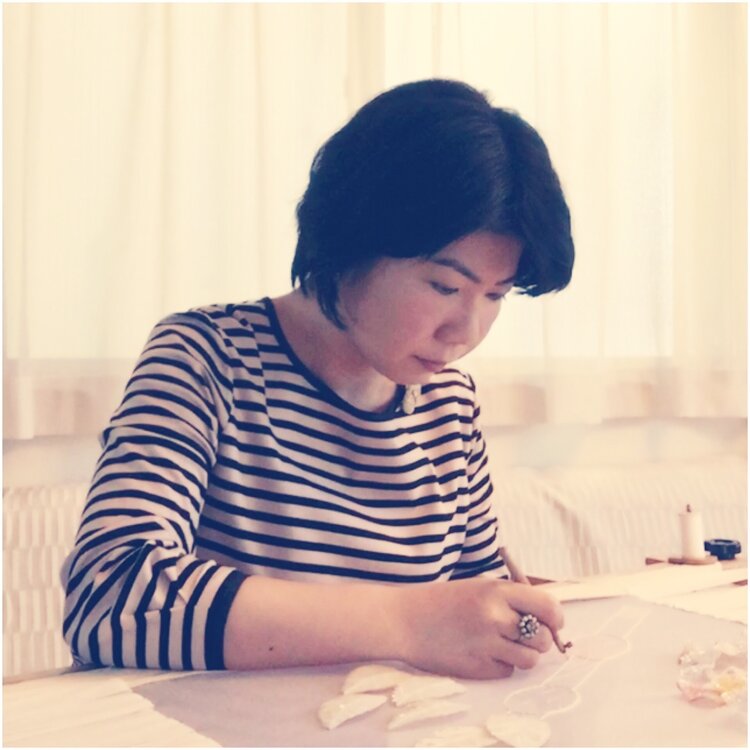 Etsuko is an artist who lives in Japan. She was born to a father who is a special leather bag craftsman. For this reason, she has been familiar with highly skilled handicrafts since she was very little.
She traveled to France in 2009 when she was introduced to Luneville embroidery (Crochet de Luneville), a technique used in Haute Couture embroidery. Being introduced to different histories and arts, she learned art embroidery at Lesage (embroidery school) in Paris and the strictly confidential techniques at Conservatoire in Luneville, the birthplace of Luneville embroidery.