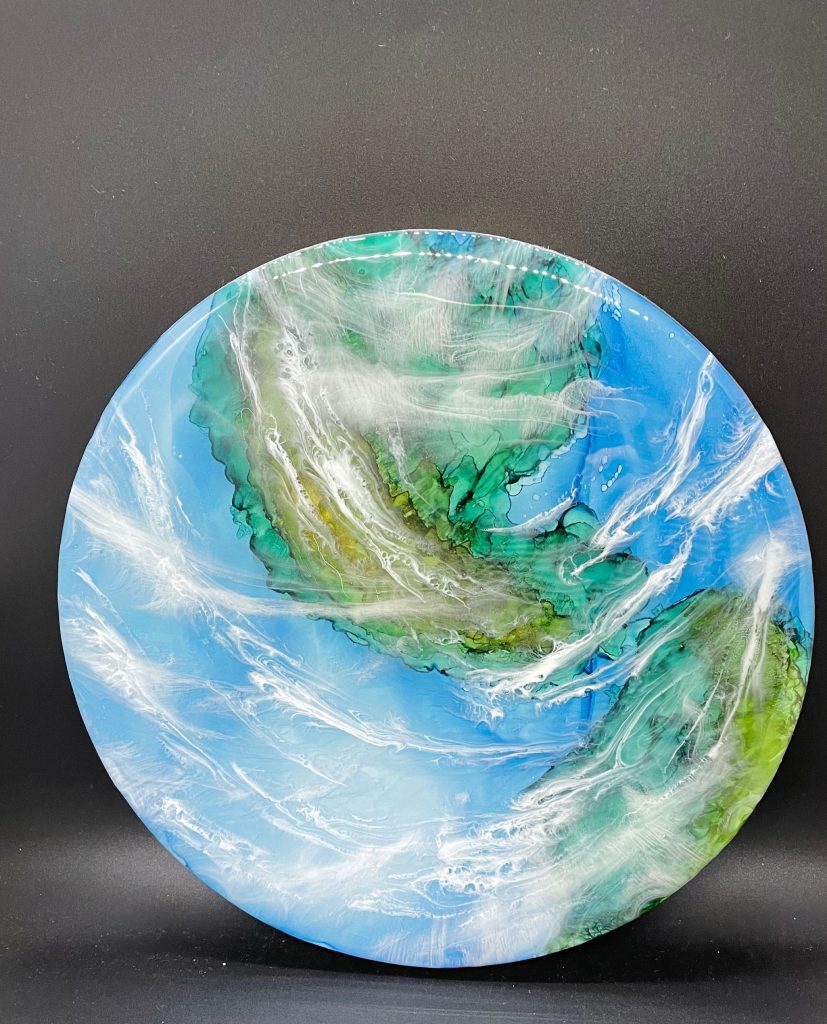 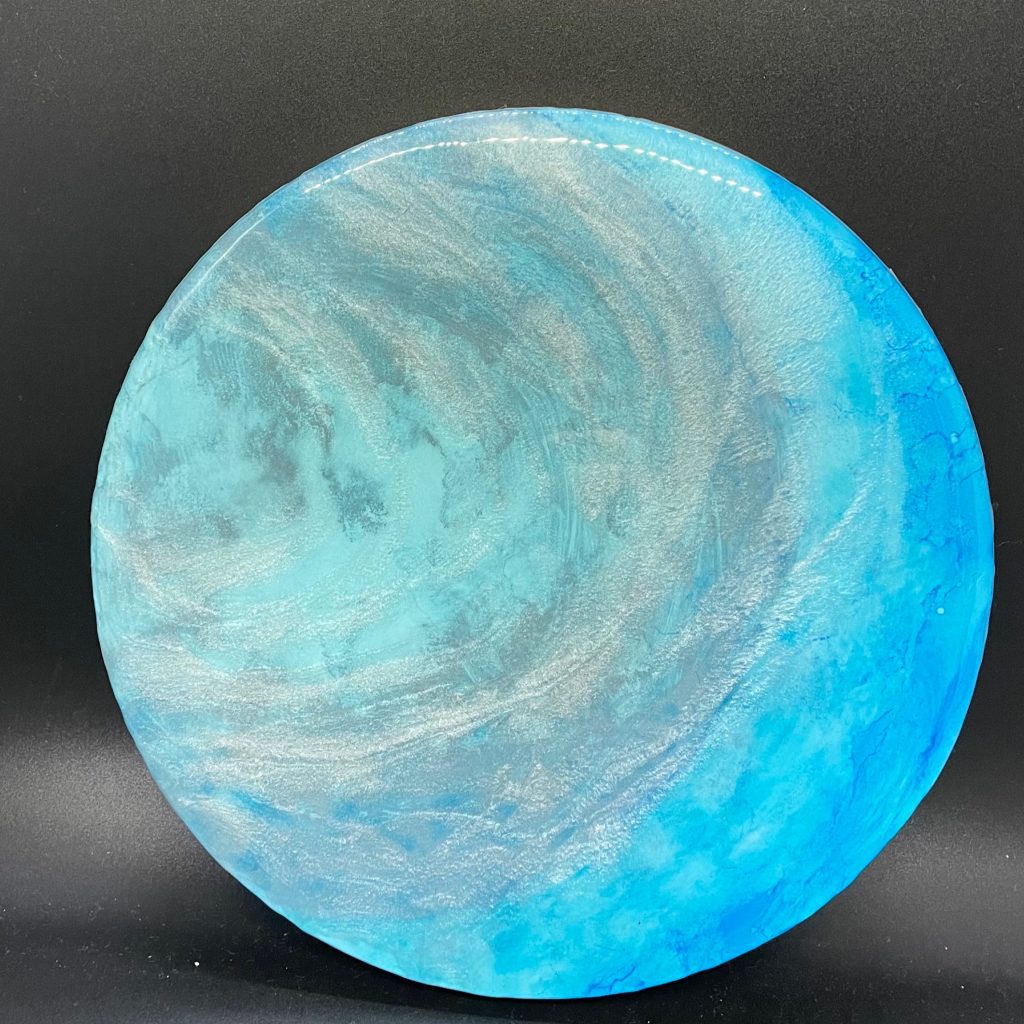 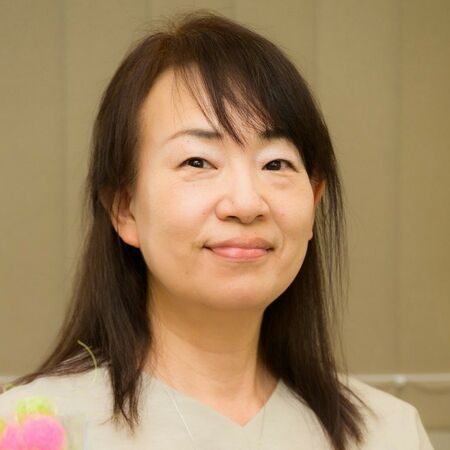 itsu was born in Aichi and raised in downtown Kanda in Tokyo. Her father worked in the dyeing industry, and her grandmother was an Arimatsu Shibori (a technique of fabric dyeing) craftsman. When she was a child, her play area always included kinshi (tinsel), silk gold threaded fabric, and tie dyeing thread. She was also always surrounded by traditional Japanese kimonos. When itsu was 12, her father passed away. Soon after, her grandmother passed away. She then moved to her mother’s hometown in Aichi. At the age of 25, she married (life with colors) and left the nest. As she entered her 50s and neared the end of her child raising period, she began wanting to start something new. She first encountered acrylic ink art in January of 2020. She was intrigued by the freedom of expression and instead of following a fixed technique, she established her own ways.
As a way to upgrade her artworks, she added a resin coating and started drawing space, the sun, the moon, and nature. She loved the colors of space, and started drawing the Big Bang and other similar concepts. The world of alcohol ink and ethanol was similar to that of life with colors, which she saw earlier in her life.
In June 2020, she entered the Copic Award in Japan. In the same month, she joined YumePic 2020 and received the YumeTopia award. In September 2020, she entered the Hoshino Coffee Art Contest. In the same month, she joined the Tsukushi Award Exhibition. She has also joined several charity exhibition events.