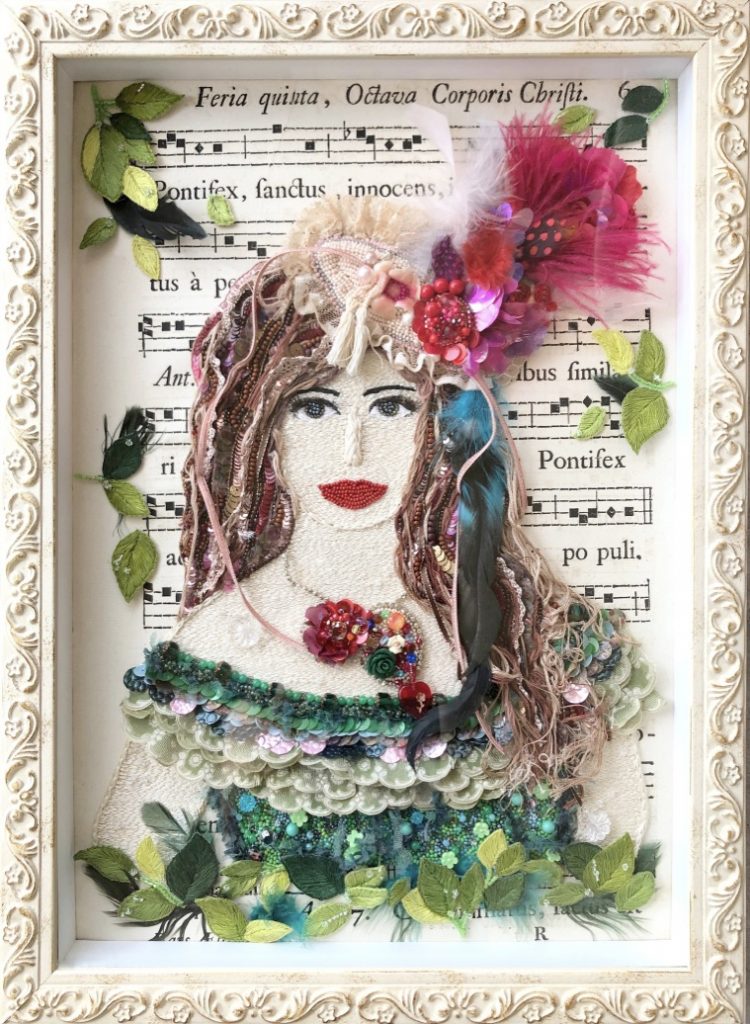 The Remains of Summer 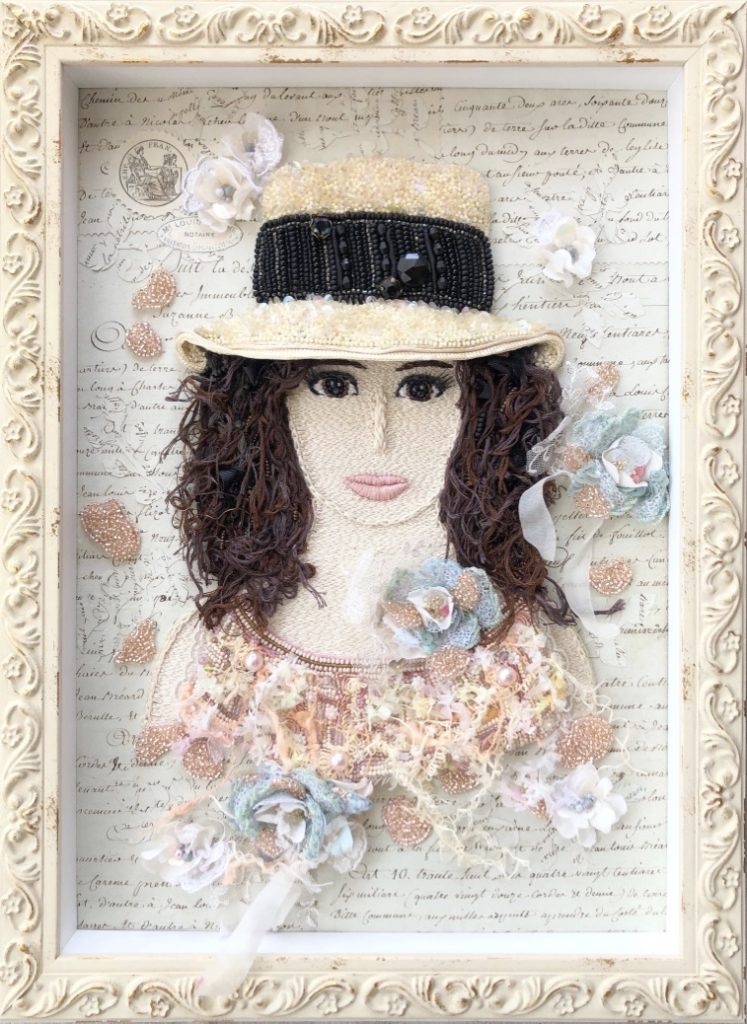 I won’t forget you of those days 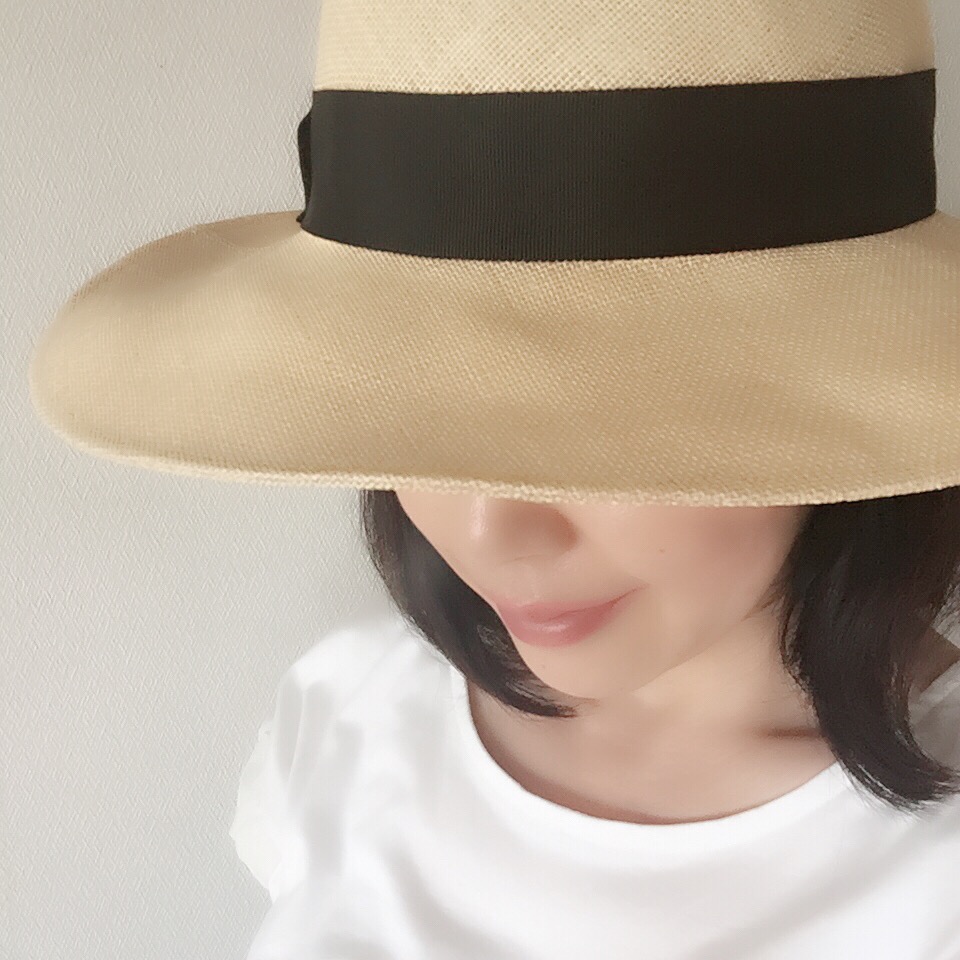 After leaving her position at a record-label company, she attended a workshop organized by the “artist in Gallery” at “Embroidery CAFE”. She was attracted by the ability to create out of the box artworks, and the importance of intuitions and inspirations that emanate from each material and color, and decided to properly start her embroidery career.

She learned the “Crochet de Lunéville (Crochet hook)” technique, where a special thin needle is used to embroider the beads and sequins on the backside of the fabric.

She learned to enjoy the process of producing glitz and glamour by following patterns to decorate with beads and sequins, and found delight in freely combining and creating one piece with the various materials, colors, and shapes. The thickness of the string, the strength of the stitchings, and a small 1mm difference in the position of the needle, changes the balance of the whole piece. The delicate process tested and strengthened her attention span and mental powers.

Her artworks are based on the theme of women. She colorfully expresses the female attractiveness, mysteriousness, cuteness, flirtatiousness, elegance, strength, and inner thoughts with beads, sequins, fabric, lace, feathers, paper, and other stitchable objects through the Lunéville embroidery and needle embroidery method in a small picture frame. She incorporates out-of-the-ordinary concepts, dreams, and fashion into her embroidery art.