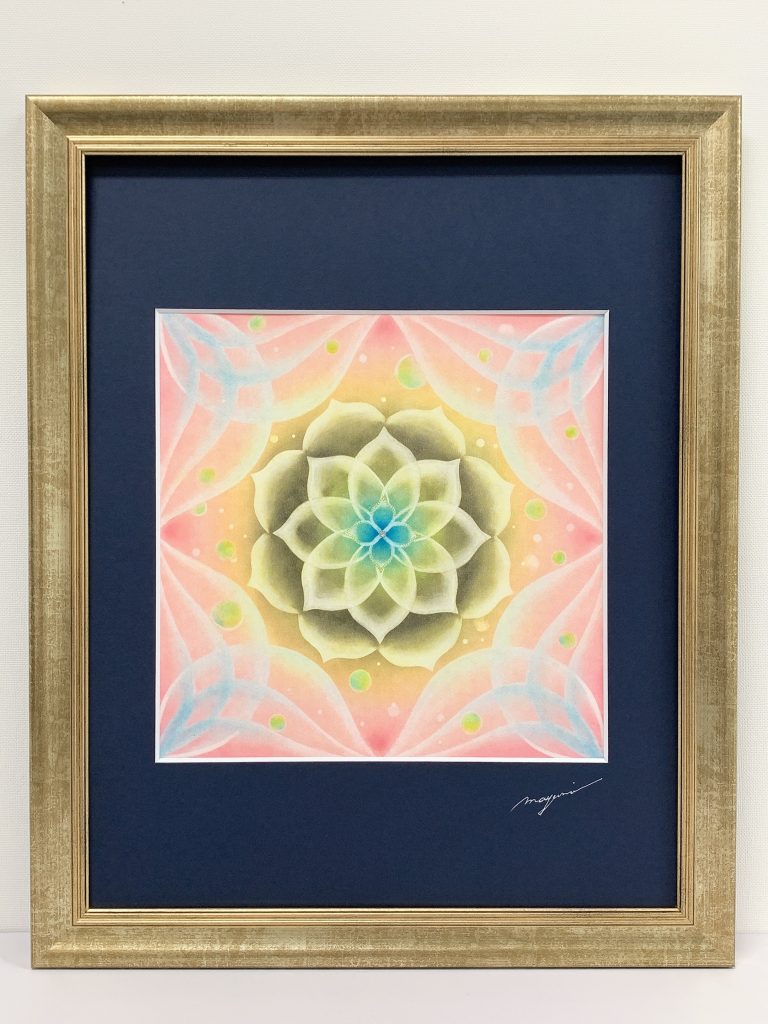 Yamato ~A way to Nirvana~ 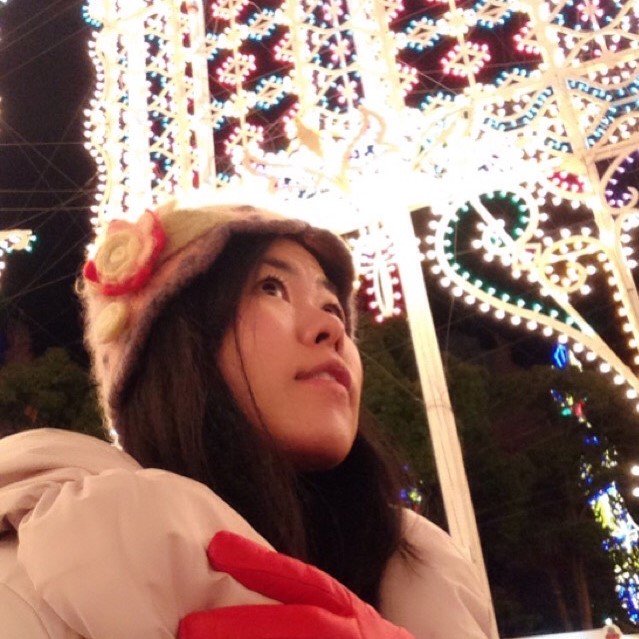 Mayumi was born in Hyogo Prefecture, where she was raised in close proximity to nature. Her mother, who saw imagination as a vital asset, read to her from picture books before she started to talk, and also gave her crayons to play with and taught her origami. When she was nine, her father, a traditional man, had her study waka, a traditional form of poetry. This gave her the chance to internalize this literary art form’s rhythms and its particular perspective on the world. From twelve to twenty, she cultivated a respect and thankfulness for life through the rigorous practice of kendo.
A series of poems she wrote out of a desire to give something back to the world in return for all its human kindness and all the things that keep us alive was selected, from 80,000 entries, and recognized for its ability to “give people a fresh sense of excitement.” She was inspired to try painting as a means of expression after reading an essay by Quintus Horatius Flaccus, in which he compares poetry to painting.In 2013 she retired and began hand-painting with pastels. Since 2014 her work has been on permanent display at a gallery in Berlin. The same year, she joined the Japanese Contemporary Artists Team of New York.
By using a unique technique that integrates cosmic hemp charcoal, natural stonedust from jewels like ruby, turquoise, and lapis lazuli, and floral essences directly into her pastels, and through her primitive method of painting with her fingers, Mayumi’s art attains a deeply stirring animalism.