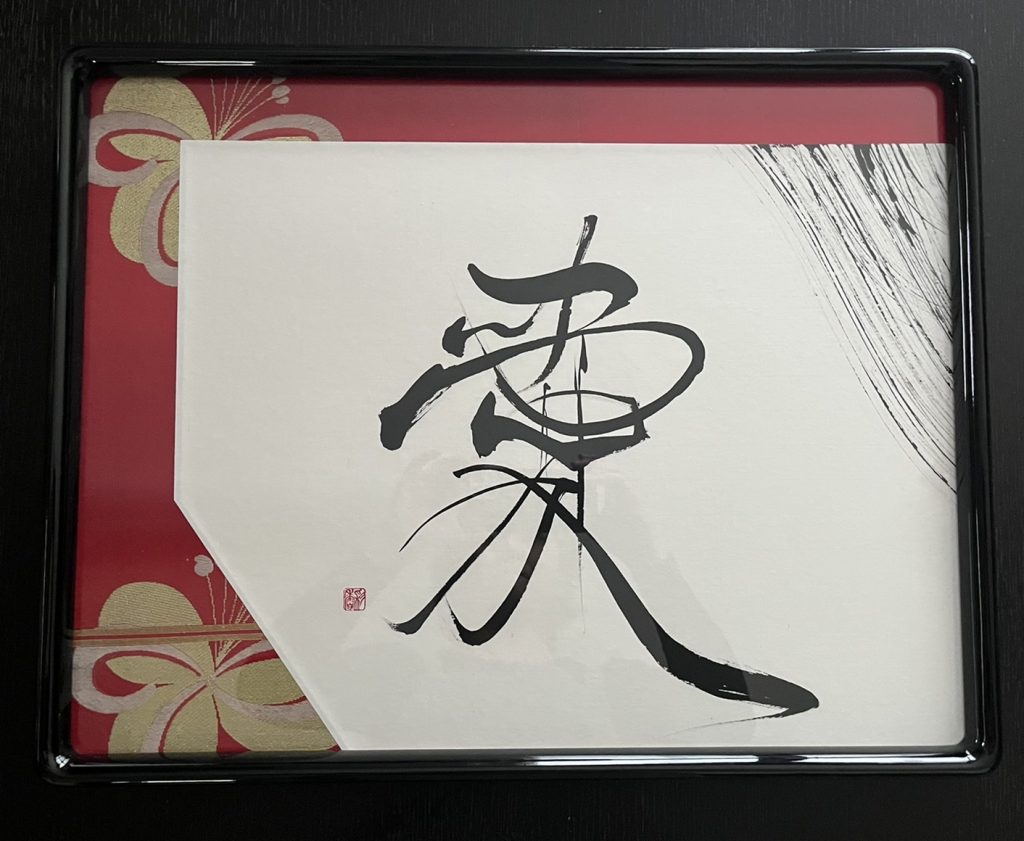 Saika has been learning Japanese culture through calligraphy and tea ceremony ever since she took calligraphy lessons with her grandmother at the age of five. Her grandmother, who was a kimono dressmaker, was particular about the exquisite tailoring that suits each person. Growing up having such scenes beside her in her daily life may have influenced Saika today. She got a job at a major company, married, gave birth to a child, then became a housewife. Having experienced all these, she began to pursue the fascinating “beauty” of calligraphy again. While managing a calligraphy school, she has been active as an artist. She works on “design that resonates comfortably with and forever remains in your heart,” interweaving the delicate changes that occur as the tip of the brush opens and closes. Various expressions such as blank space in the writing or the place where the brush has slipped and the ink has run are like the individuality of a human. Lines and expressions change in accordance with her breathing, rhythm, and mindset. Instantaneous expressions, which can’t be undone once they appear, openly reveal the existing state of Saika. Yet, it calms and heals you – and that is the appeal of her artwork.