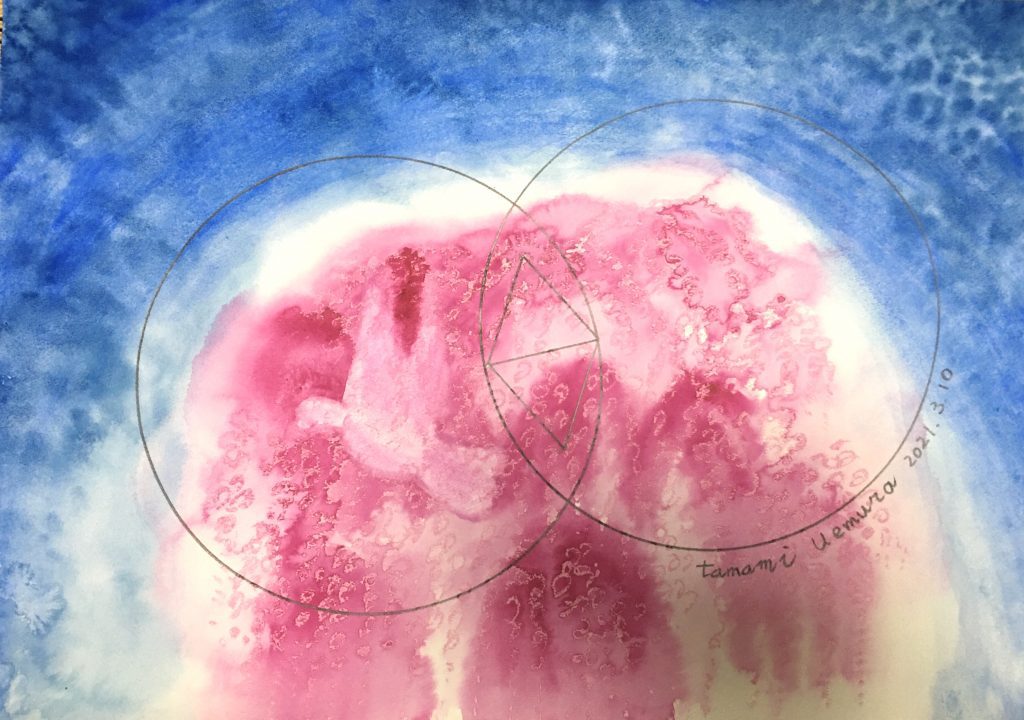 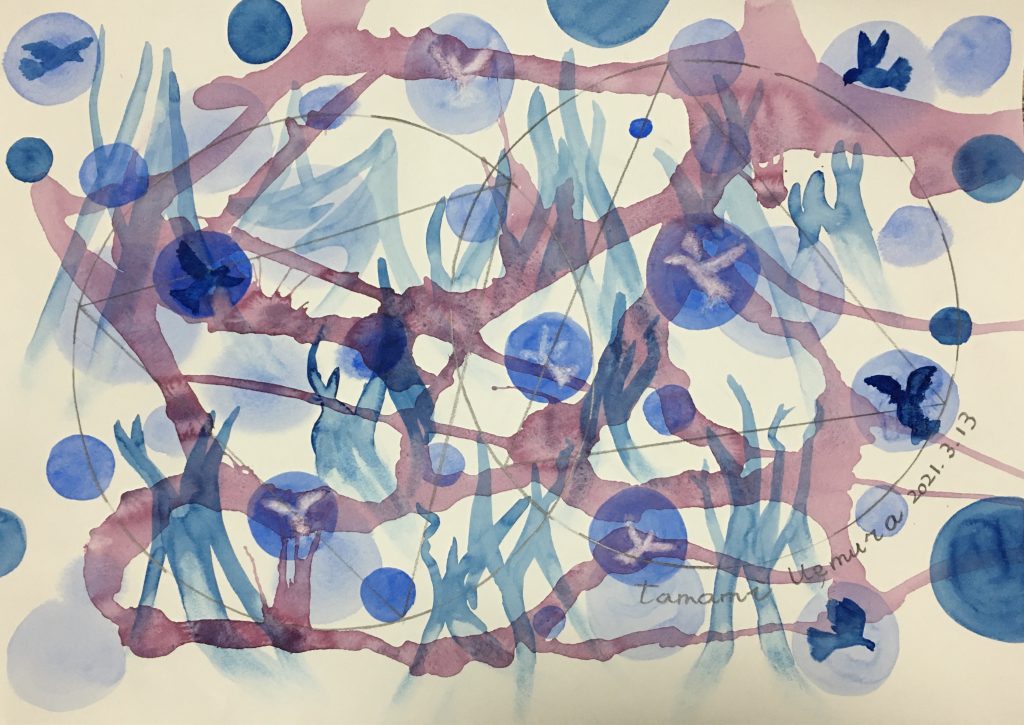 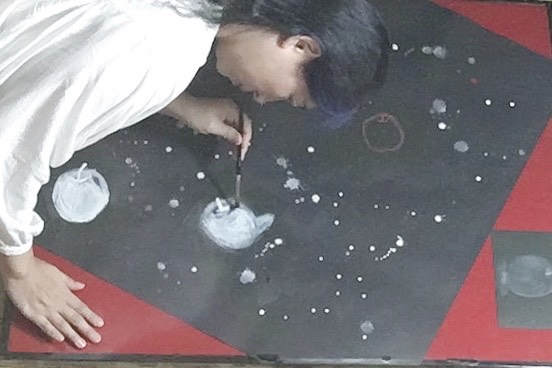 Tamami Uemura was born in Obama City, Fukui Prefecture in Japan in April 1972.
She was born as the eldest daughter of a samurai family between her father, who carries the bloodline of the Takeda Castle in Obama City, and her strong and severe mother, who grew up in the rough seas of Echizen City, Fukui Prefecture.
She was a child who liked to climb trees and other high places, and liked to draw pictures with a personality that worried people.
She had a very rough life.
She had a lot of strange experiences since she was a child, and on the morning of the March 11, 2011 (Great East Japan Earthquake), she had a big nosebleed for the first time in her life.
While watching the news of the great tsunami of the Great East Japan Earthquake and the disaster at the Fukushima power plant, she felt her heart being crushed because she was not able to do anything.

With a strong desire to do something, she went to see American artists, Gregory Coates and Joe Beddall, who came to Japan for an artist-in-residence in Obama City in September of the same year.
They introduced Facebook to her and with the cooperation of all the participating artists, a great art was performed for Japan.
She is a member of the Fukui branch of the Japan Watercolor Society, which has a history of 100 years since 2017.
She was awarded at the 2018 Fukui Branch Exhibition of the Japan Watercolor Society (Obama City) and the 2019 Fukui Newspaper Award (Obama City).
She paints with a lot of thought on the solution of heart-aching events around the world and the future of the Earth. She has been painting vaccines since the end of 2018. Her paintings are drawn on watercolor paper with thin watercolor brushstrokes and pencils.
The message she wants to convey is that everyone has the power to resolve the pain and suffering of the people around the world.
She prays that each and every one of us will make history and create a wonderful future.
She says, “Good morning” to friends all over the world before the work, “Rain of the Beginning!”
Mission possible!!!