For 30 years, I had had Panic Disorder and I finally overcame it by drawing and looking into my mind.
My artworks are created with energy, feeling power, and a message that I got through meditation.
What I want to tell the world through my art is how wonderful living our life is.
I wish all the people suffering from different issues a bright future. 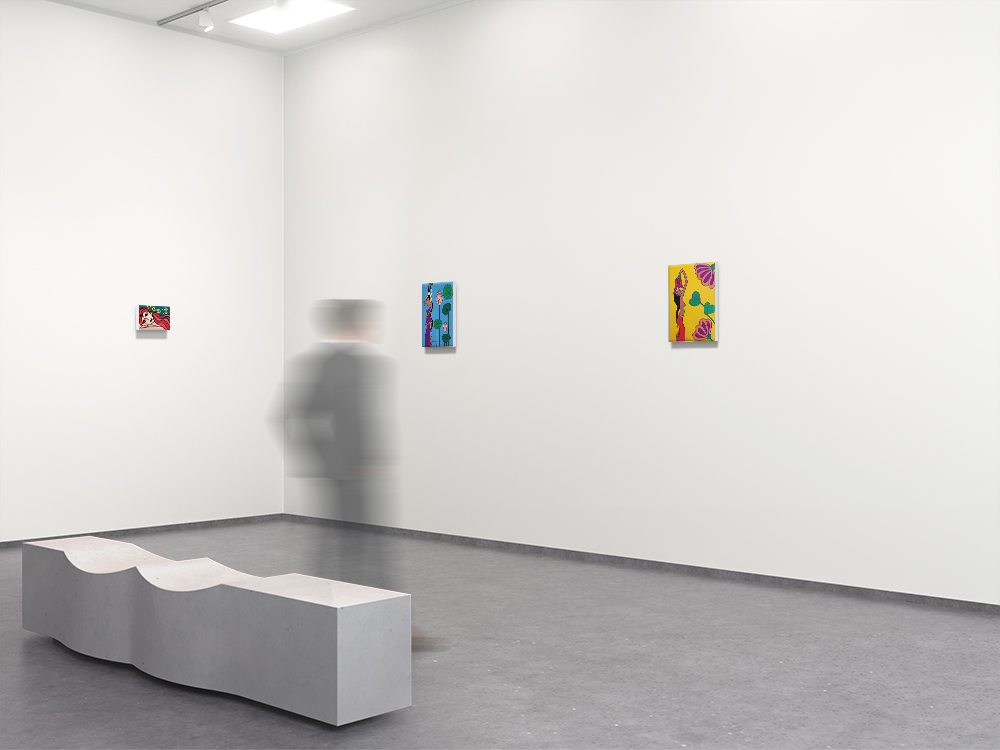 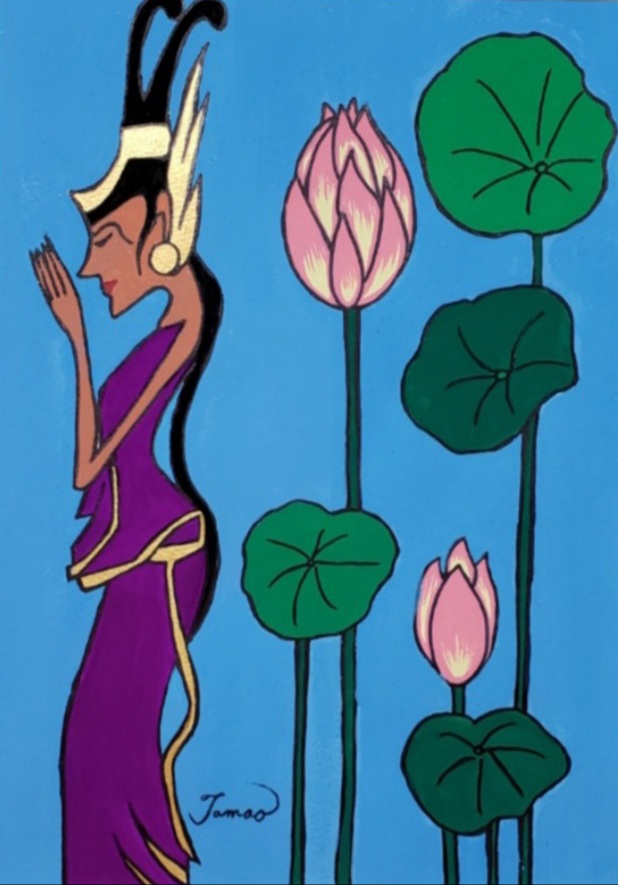 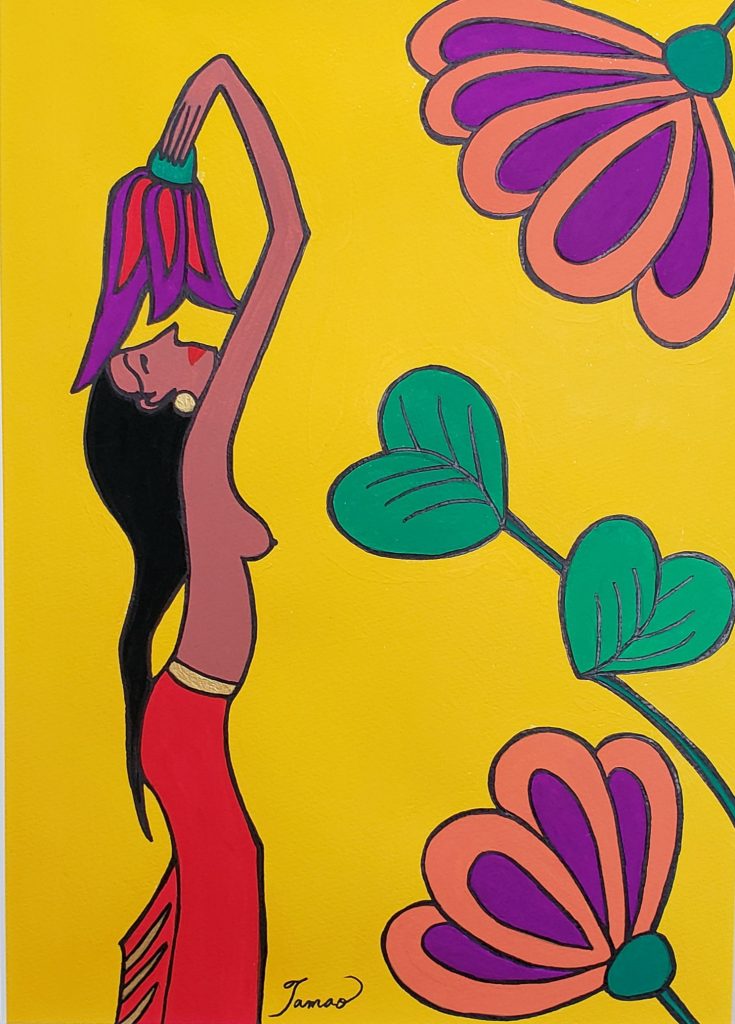 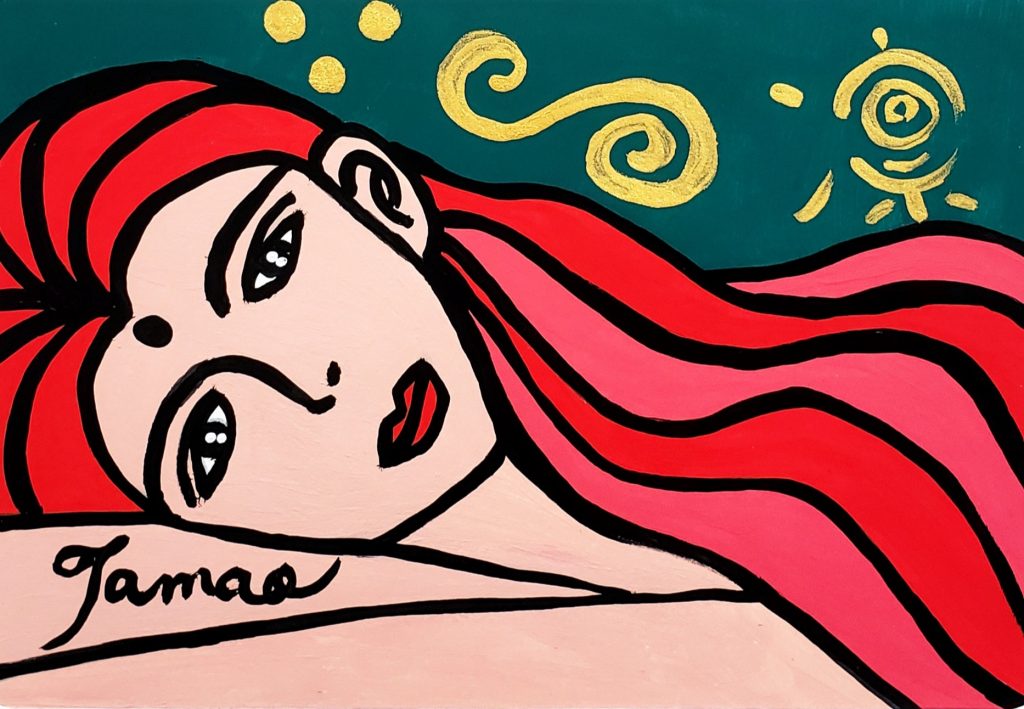 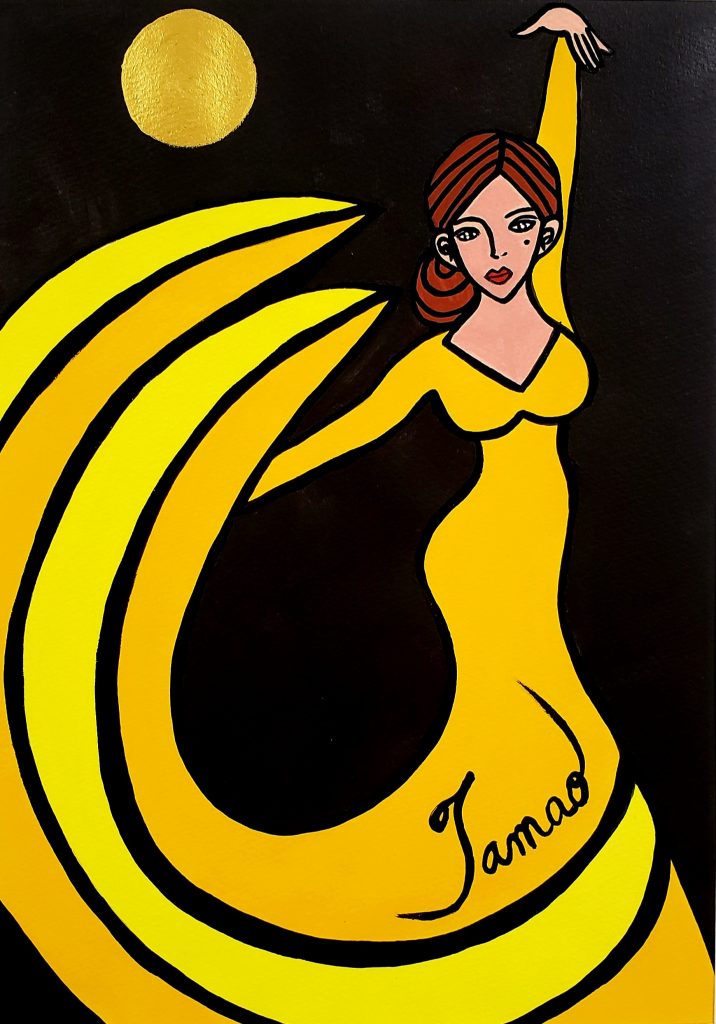 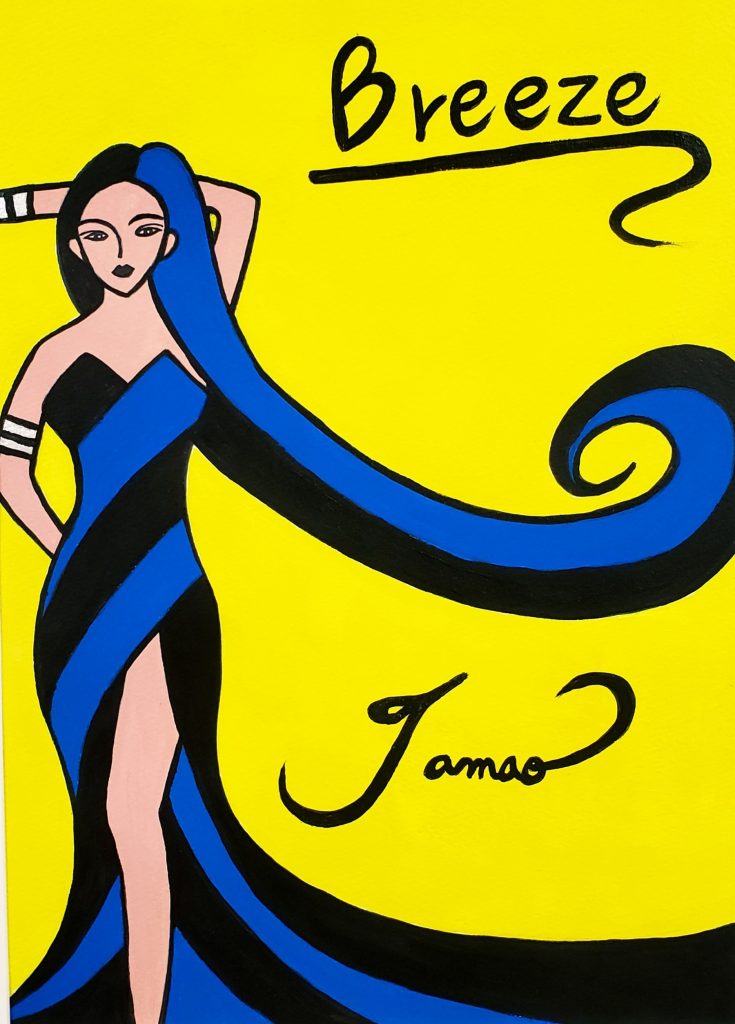 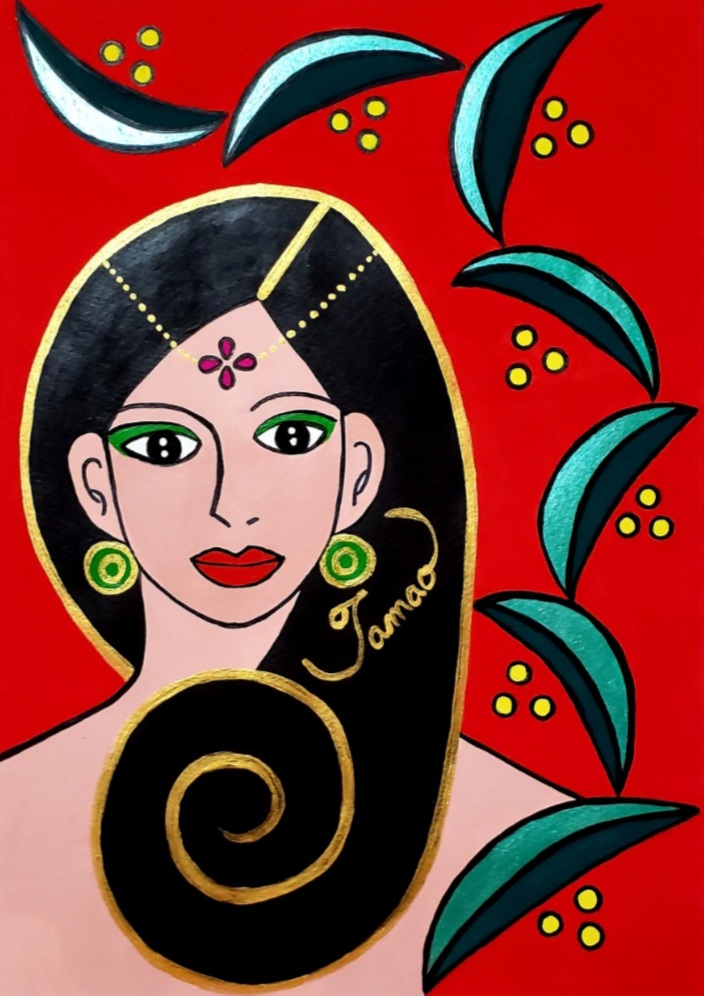 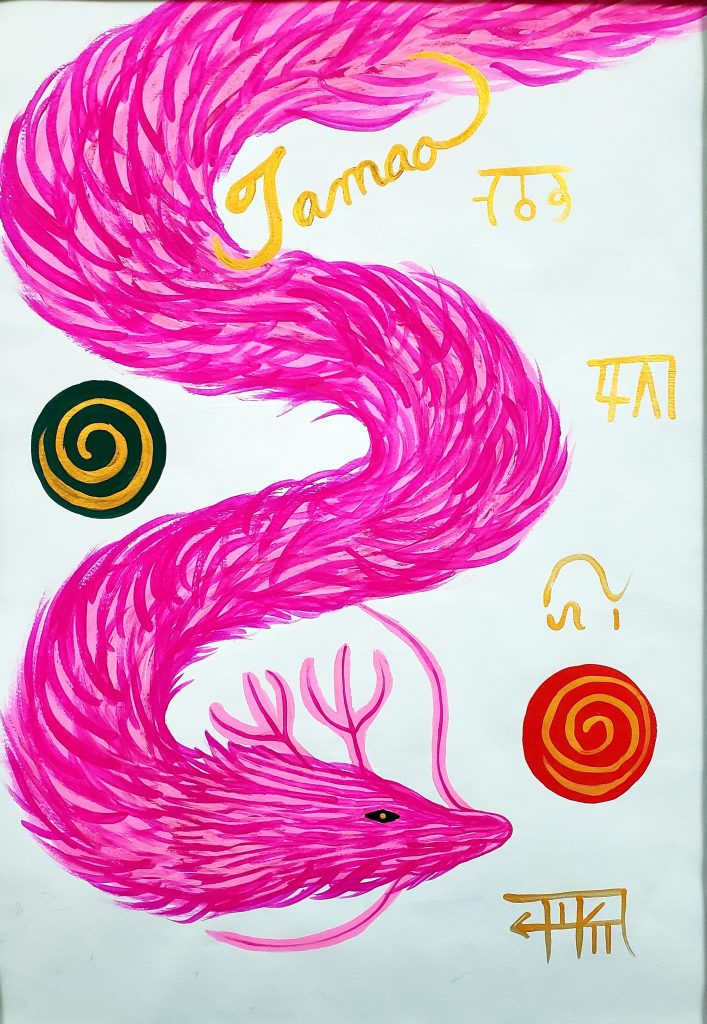 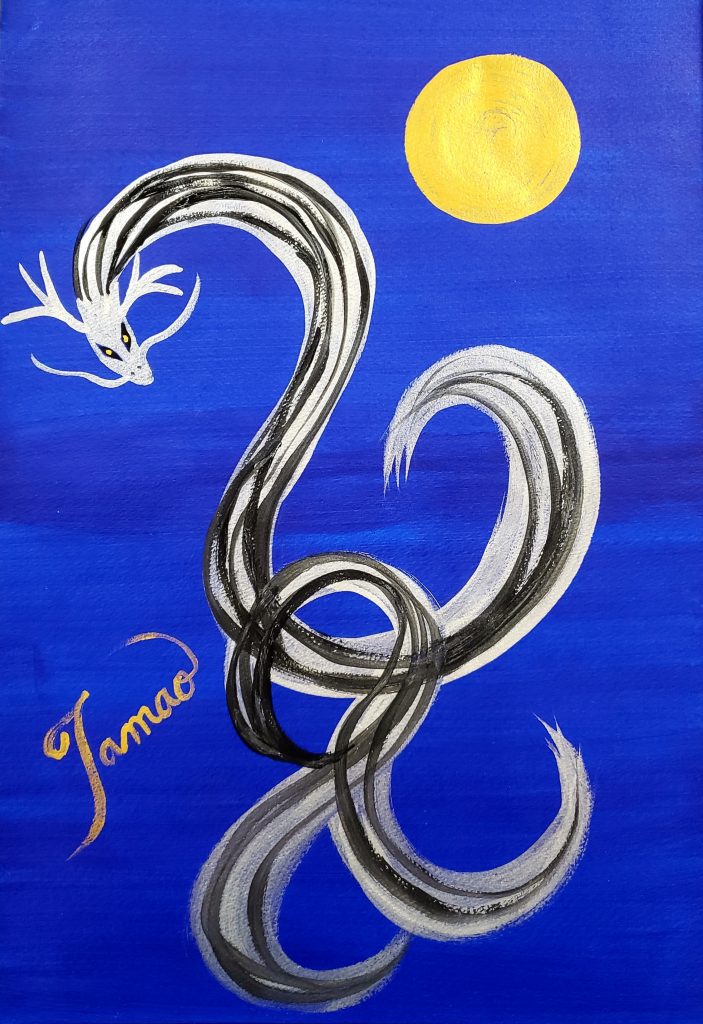 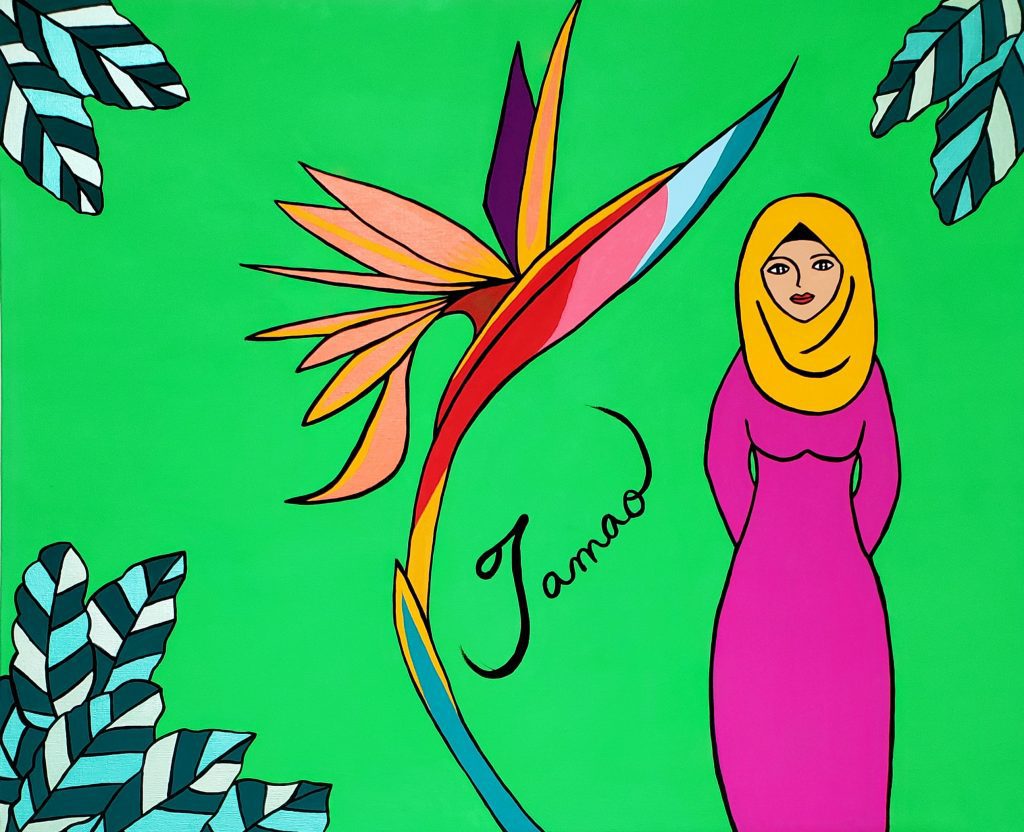 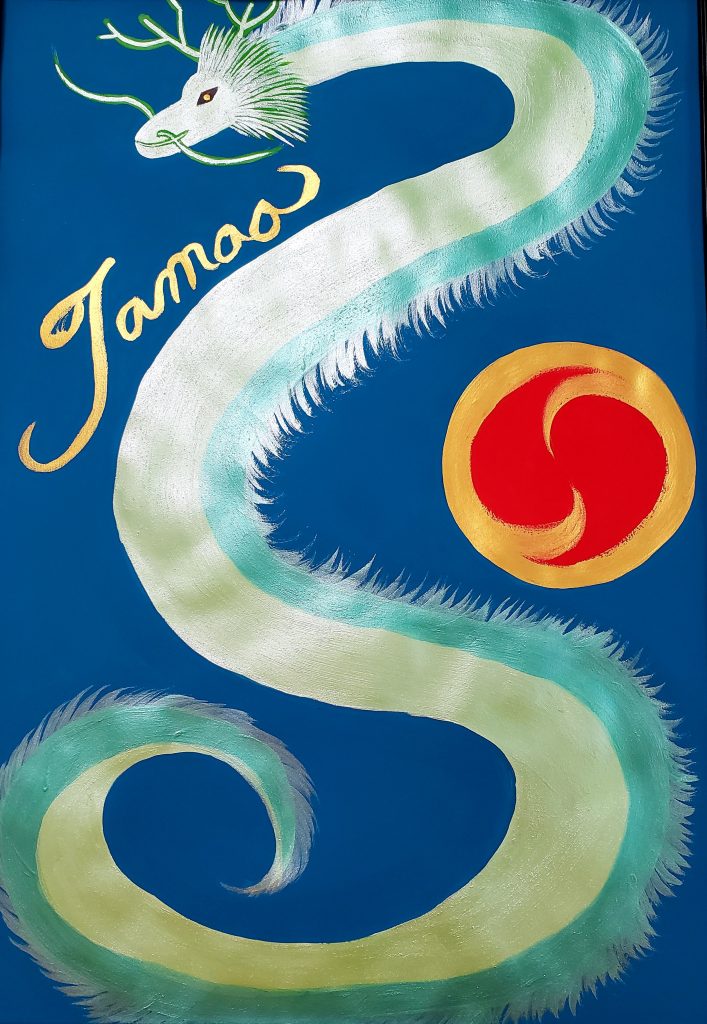 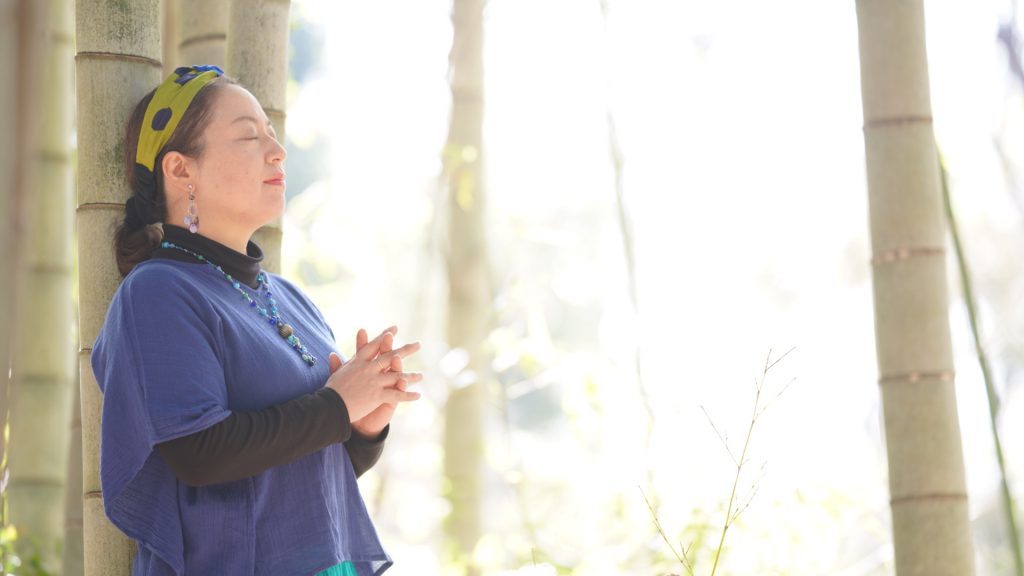 Tamao Nakamitsu was born in Kumamoto, Japan in 1972. Kumamoto prefecture is a lush green land with clean water at the foot of Mount Aso, the largest active volcano in the country. She was growing up freely surrounded by a rich natural environment until one day she was profoundly damaged physically and mentally through a traumatizing experience that all of a sudden left her in a state of not being able to lead her life normally.
When she was in high school, she went through a traumatizing experience of being strangled by a man who came to her screaming at the bus stop. The event caused panic attacks and recurring palpitations and hyperventilations kept on suffering her, leading her to live 30 years of insufferable life.
She could neither use public transportation nor bear a car ride over an hour in fear of recurring attacks. She spent all her youth fighting against disease and she lived with agony and a feeling of unwellness for a long time, not being able to go out freely even as an adult.
Starting from around 2019, she began doubting that the cause of this everlasting illness is within herself and in 2020 she pushed herself to take a close look at herself and introspect once and for all. The first step was to focus on facing her being.
In that process, she challenged herself to paint the emotions that welled up from inside. When she posted the picture she painted on Facebook, it was sold in no time.
The collection of her works began with “Prayer”, then “Determination” “Hope” “Courage” “Fighting Spirit” and “Forgiveness” proceeded. This was a process of facing her being itself.
By the time she started working on “Fighting Spirit”, she reached the point where she could let go of the medication she had been taking every single day for 20 years.
People started to appreciate her works, saying that “I feel the energy, power, and healing from them”.
“It’s never too late to start over and rebuild our life.”
“There are joys of life that we can encounter through looking deep into our being and being true to ourselves.”
“The beauty of living a life”
She wants her paintings to spread these ideas to the rest of the world and hopes to show a silver lining to those who suffer physically and mentally as she does.
Though her works are created in her own way thus rough round on the edges, she wants to give courage and hope to people suffering from the sickness of body and mind through showing her transforming self as she masters the basics of painting.