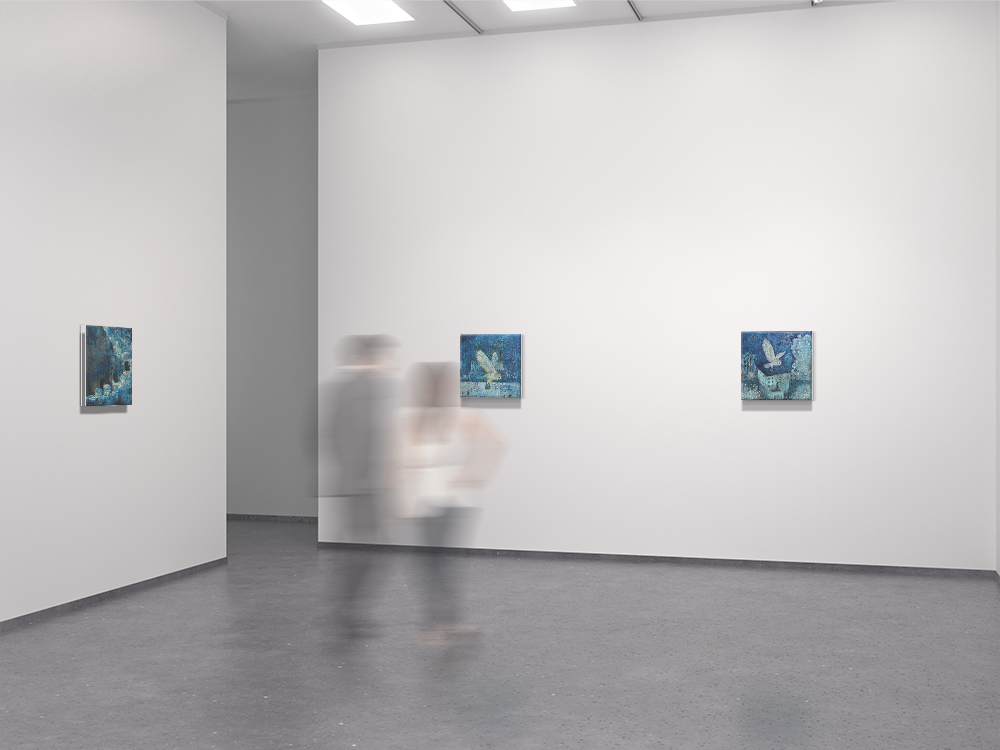 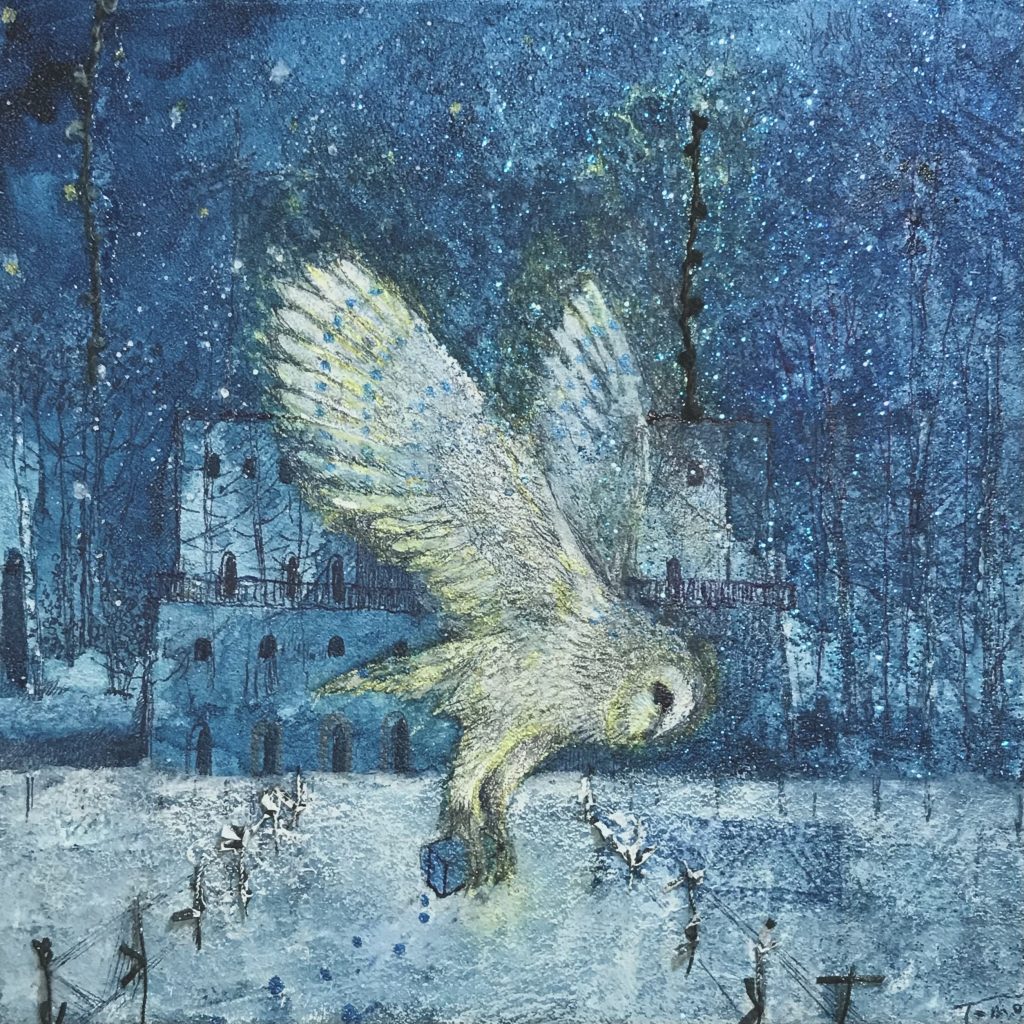 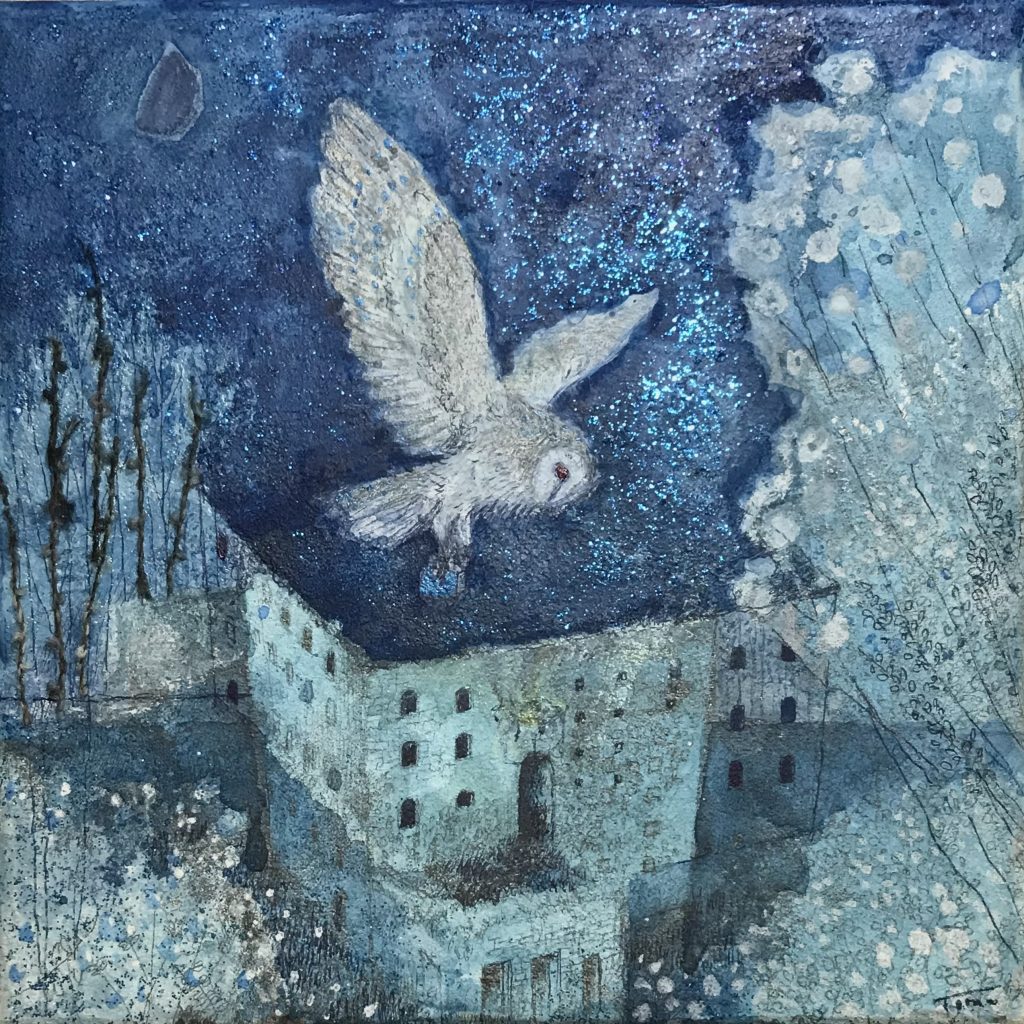 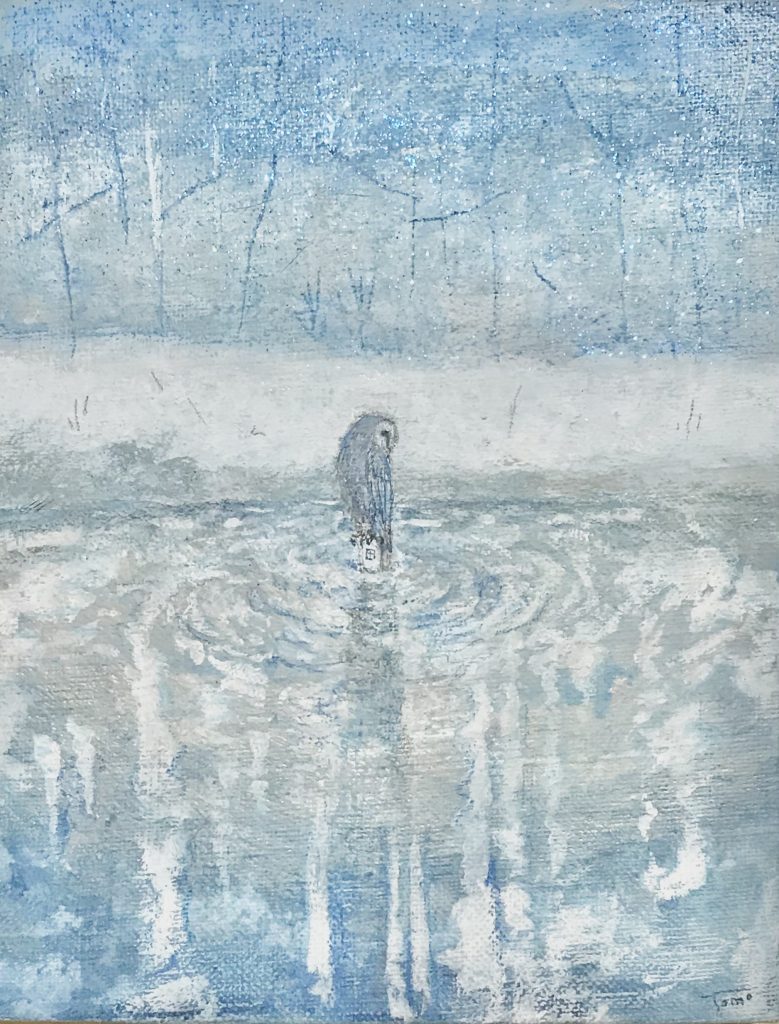 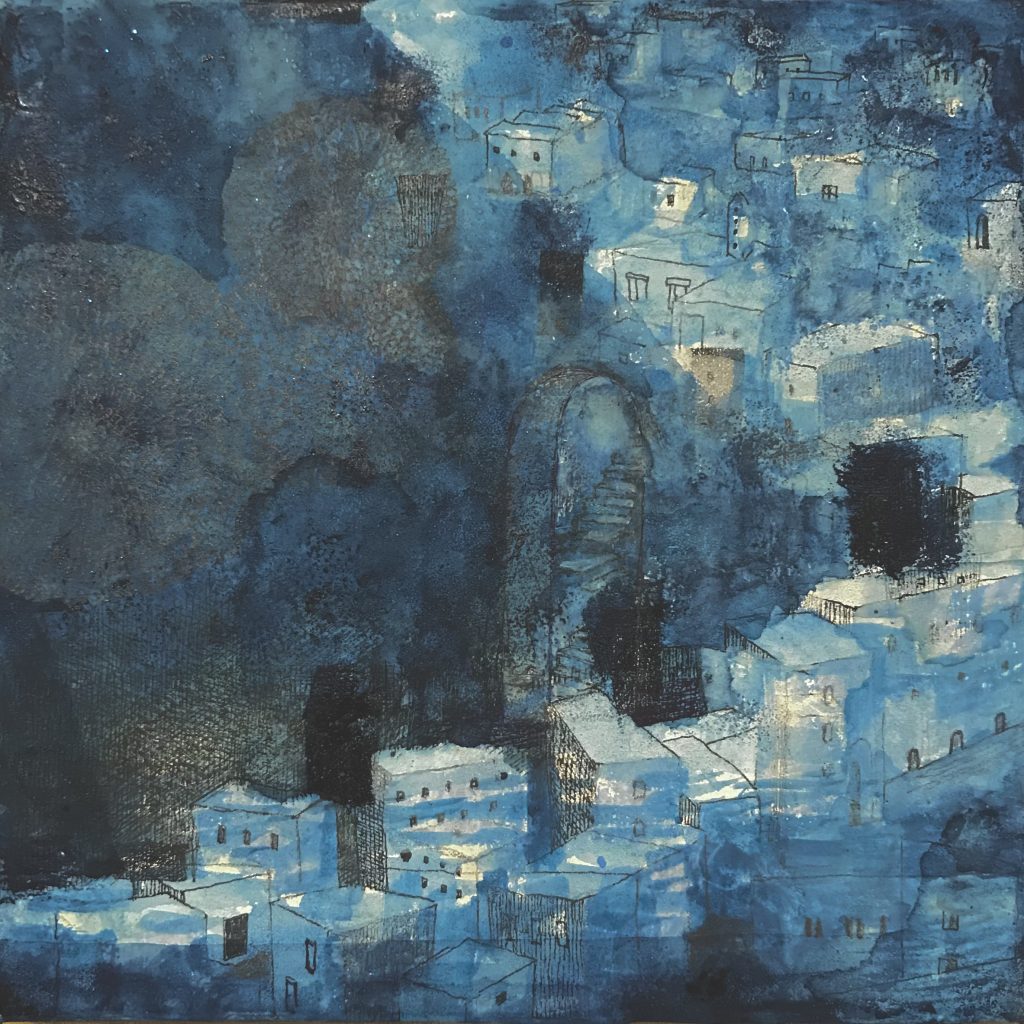 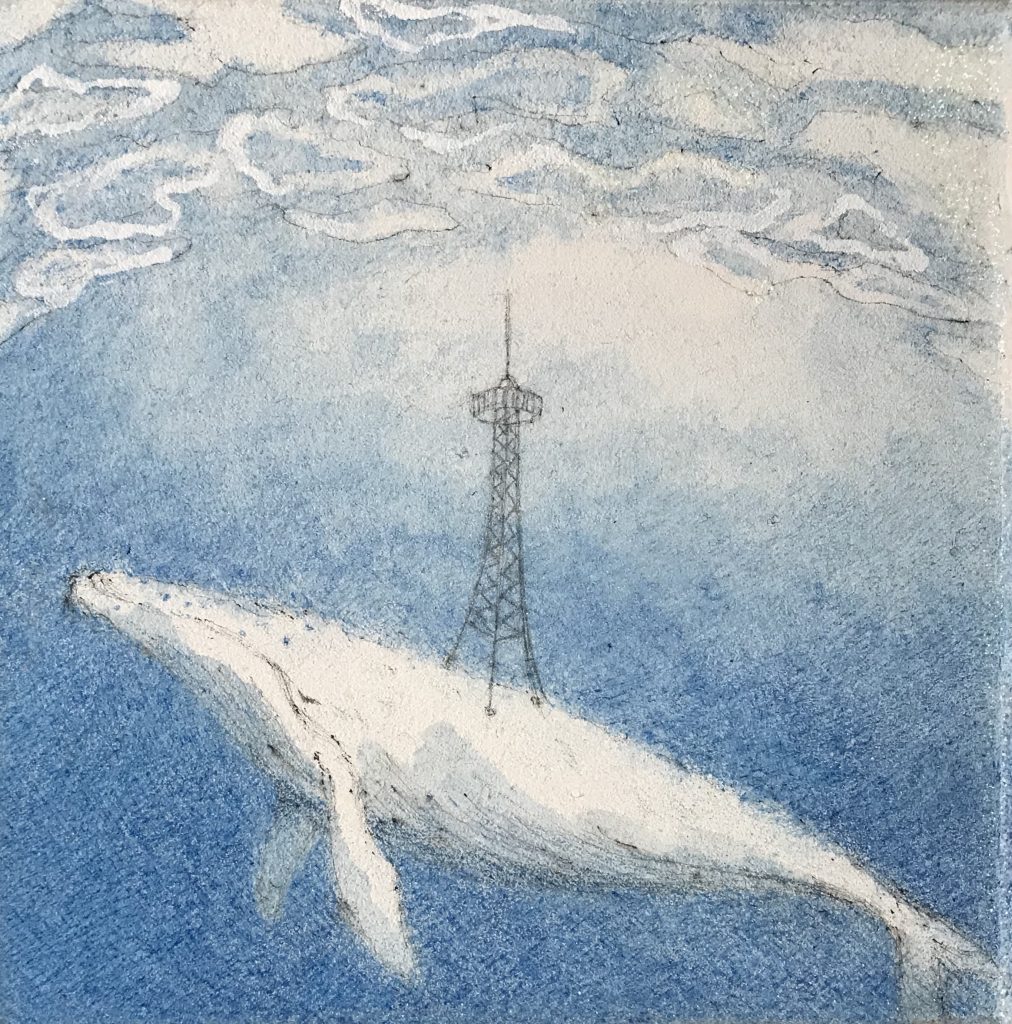 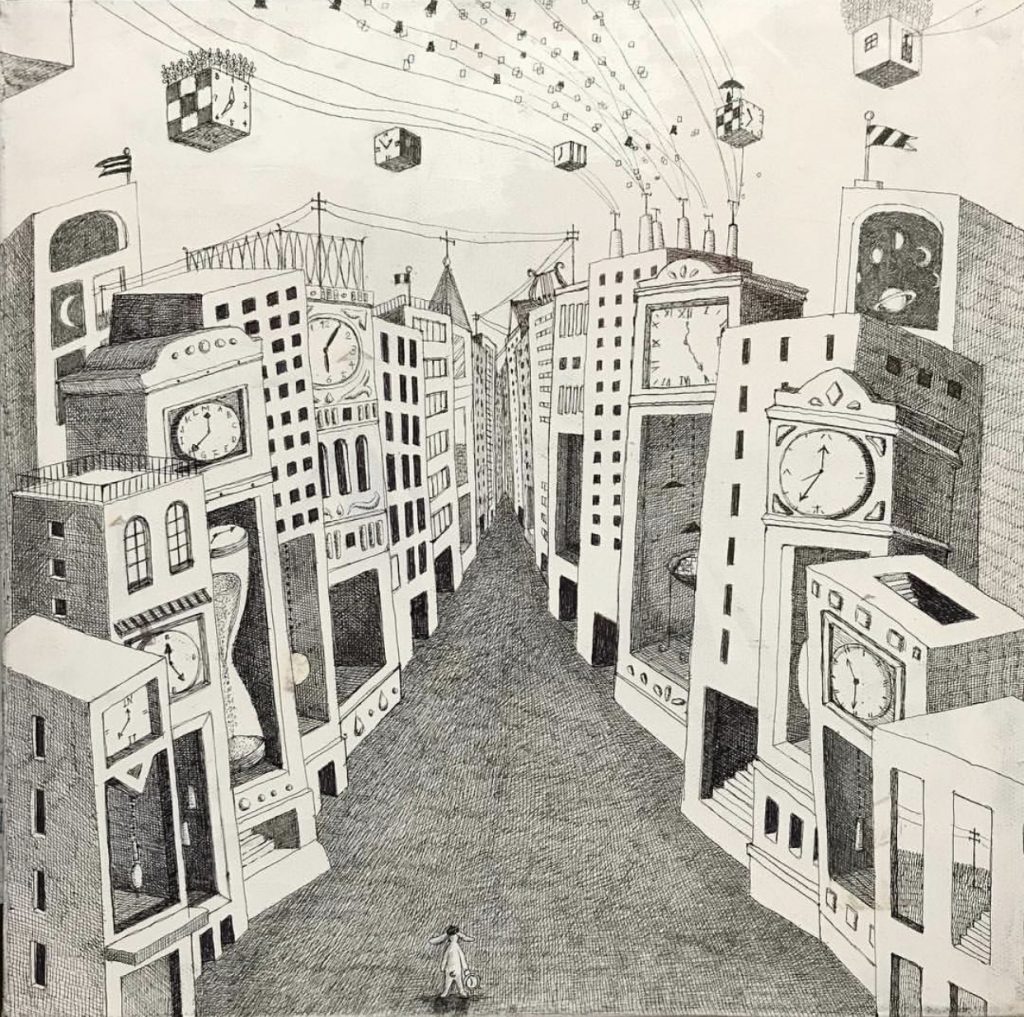 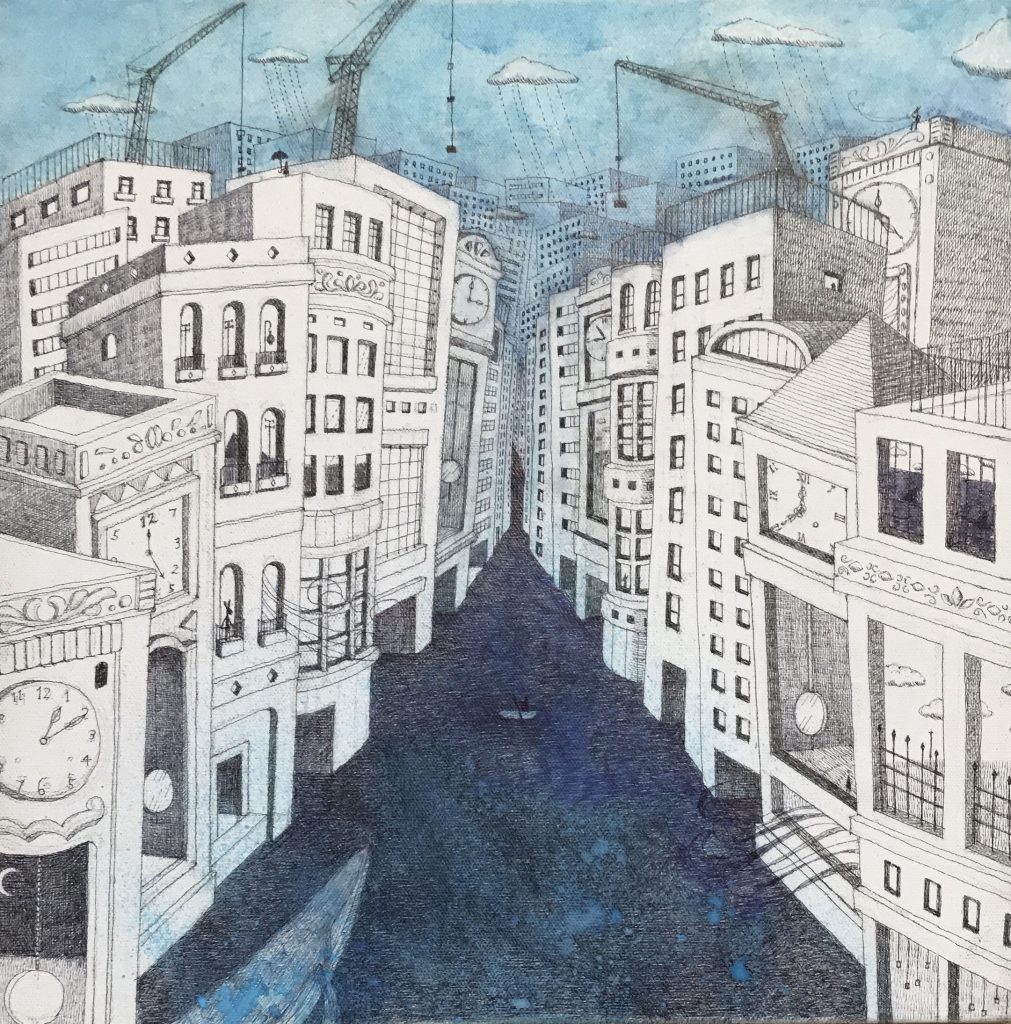 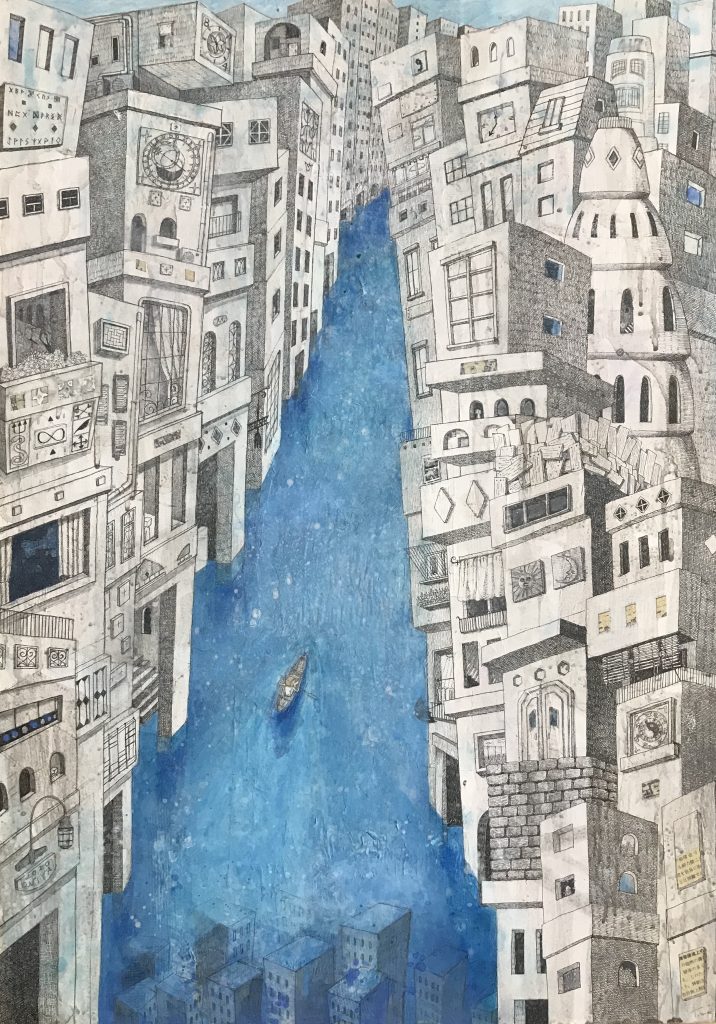 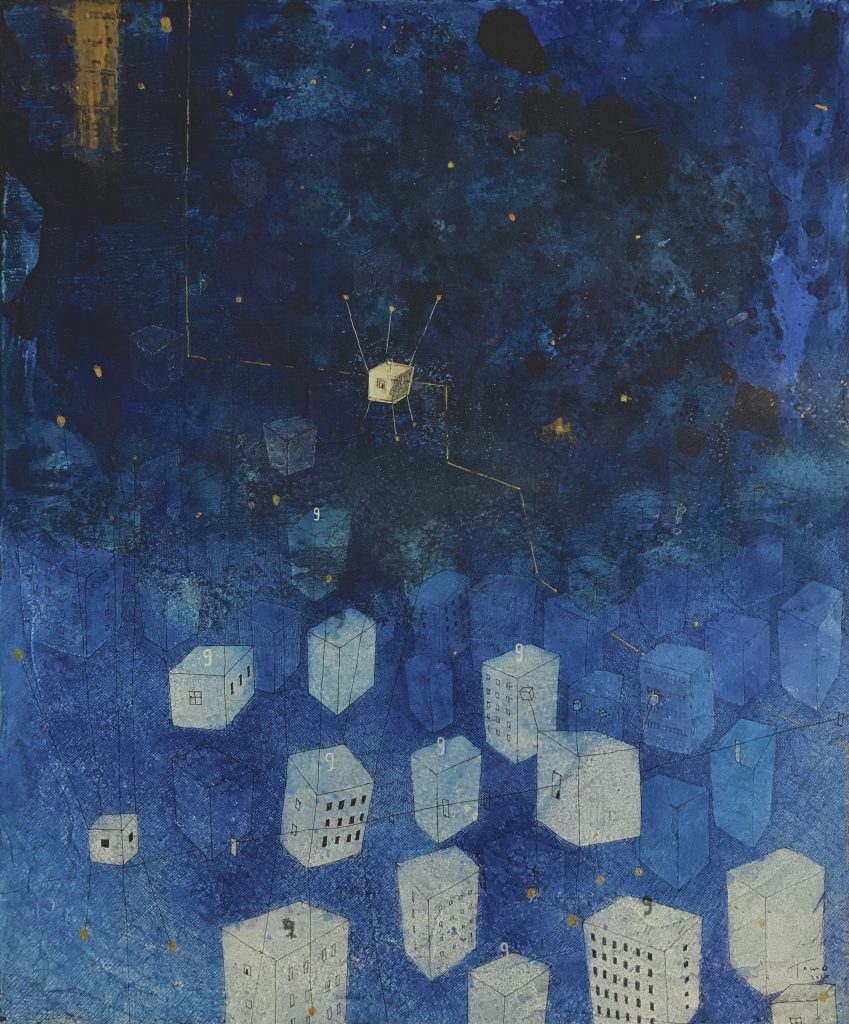 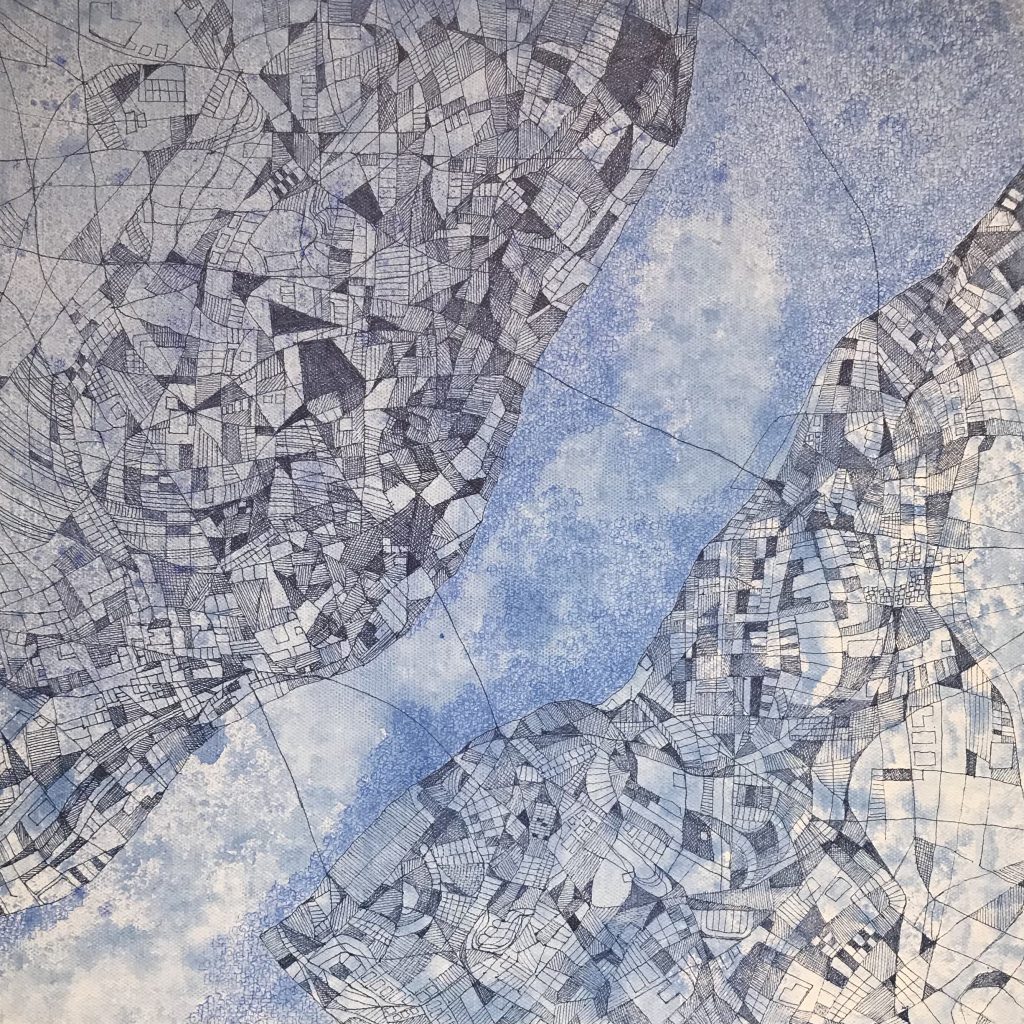 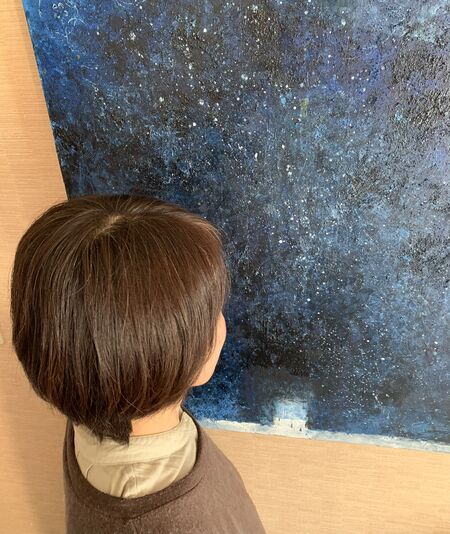 Tomo was born and raised in a small town in Saitama prefecture. There was a perfect environment around her house for nature to spread and for her to fantasize in. She often imagined an invisible world when she climbed the roof and looked at the stars in the night sky. She was able to express herself freely with confidence when she was painting. She was moved by nature, literature, music, manga, and movies, and graduated from the department of oil painting at Musashino Art University. When she was in college,
she encountered two unforgettable works. “Mogami River” by Japanese-style painter, Hitoshi Komats and “Back” by Polish painter and sculptor, Abacanovic. She realized the overwhelming power emitted from the works. She also wanted to create artworks that reach people’s hearts.
The world she draws is quiet. She begins by drawing a line using acrylic paint or an ink pen, and then adds more color to it. By repeating this process, sounds disappear from her work. The blue and white screen depicts a stable, unstable, and illogical space, such as a building with square windows or a nostalgic place. Something that is invisible, but still exists. She wants to draw and express such sensory subtleties. She wants you to feel free and she wants to give hope.