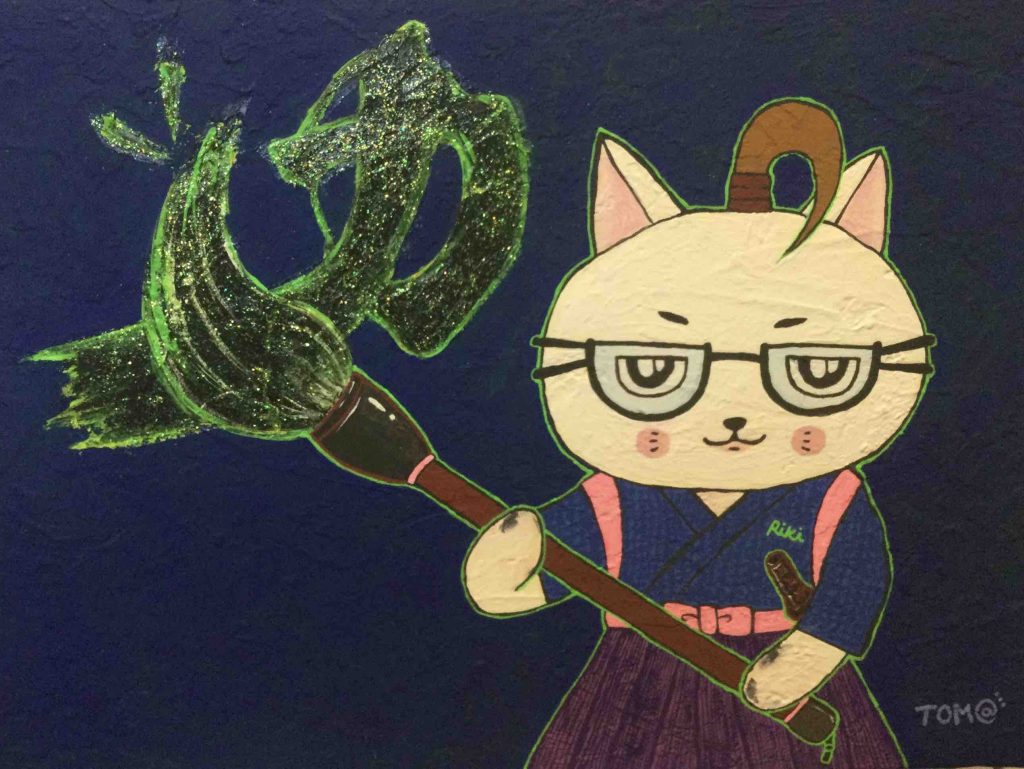 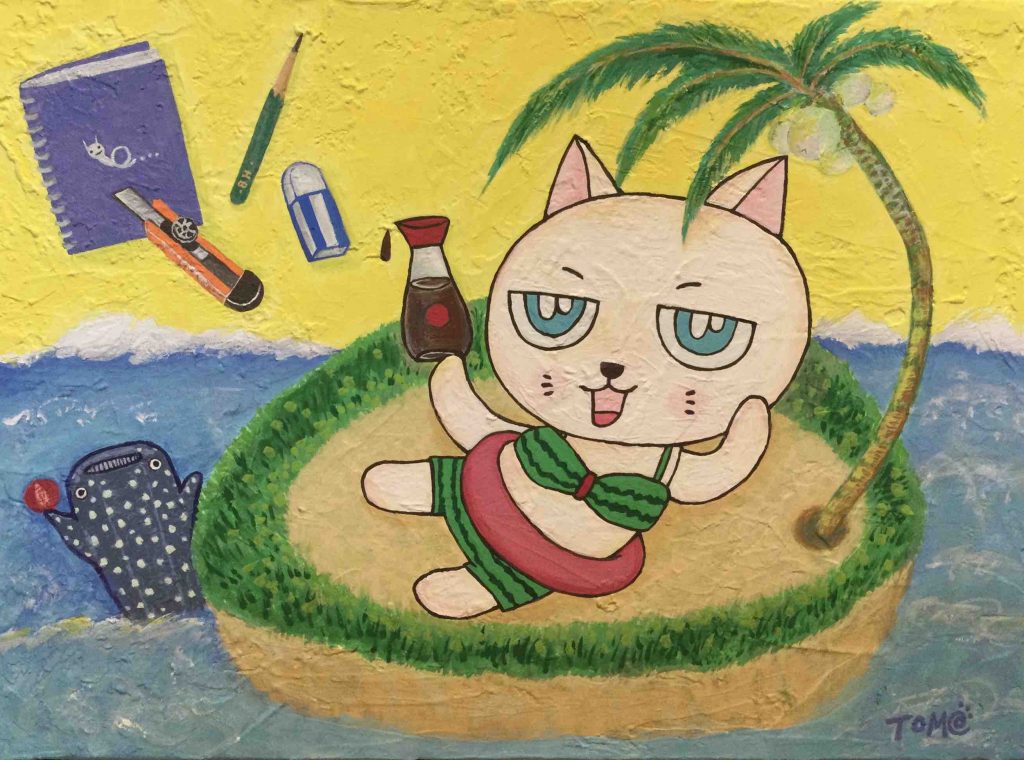 What 5 things do you want to have if you stay on a deserted island? 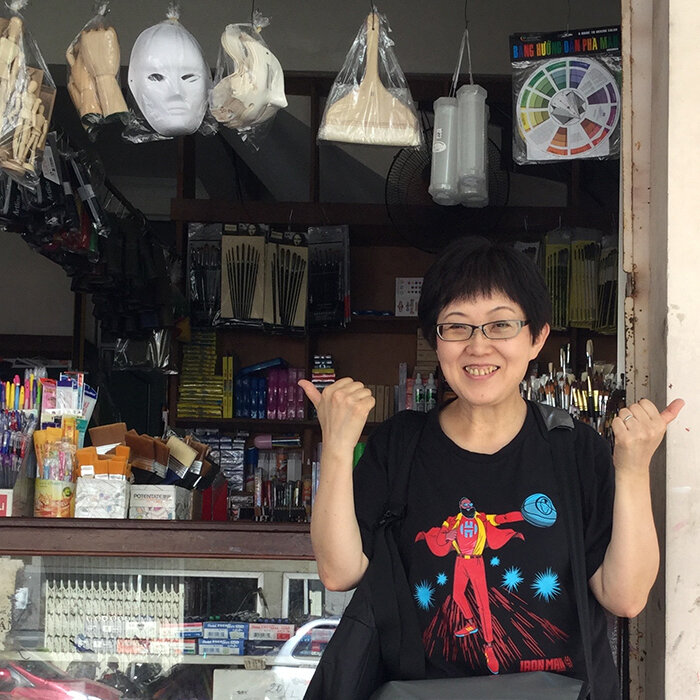 TOM@TAKASAKI is a Tokyo artist.

She has a strong and independent personality, and always goes her own way.
She creates cute original characters in her own style, which seamlessly blur the lines between real life and imaginary.

Her characters are born out of a love of loud and heavy music.
Her drawings have strong outlines, influenced by anime and manga.
Her pop and colorful artworks are very energetic and spread happiness.
She has studied at an art college and has been influenced by other painters, so she began to make acrylic paintings in 2015.
Before that, she was a digital artist.

At the Vietnam-Japan Culture Exchange Festival in Da Nang in 2018 and 2019, she dedicated her paintings to the governors of the festival.
Then in 2019, she participated in the festival and showed her pieces, which opened her artworks to a wider audience.
She took part in Volumes 9, 10, 11, 13 of the Nagumojuku group exhibition (2015-2019).