“Kannjyo; Emotion” is my theme.
It is the fundamental and important mechanism of the human mind.
However, during this drastically changing present, it is not easy for a person to look carefully at their own emotions.
This is why I capture and express the raw emotions that come to me.
Through such artworks, I hope to shine some kind of light in everyone’s hearts. 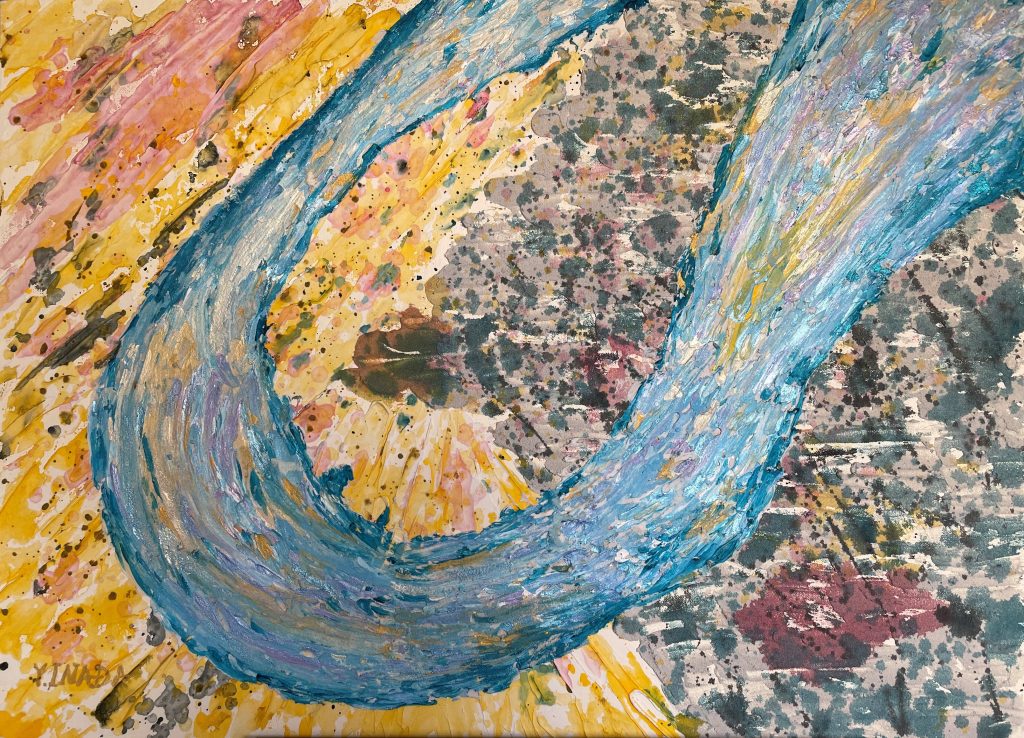 Flow – beyond the border – 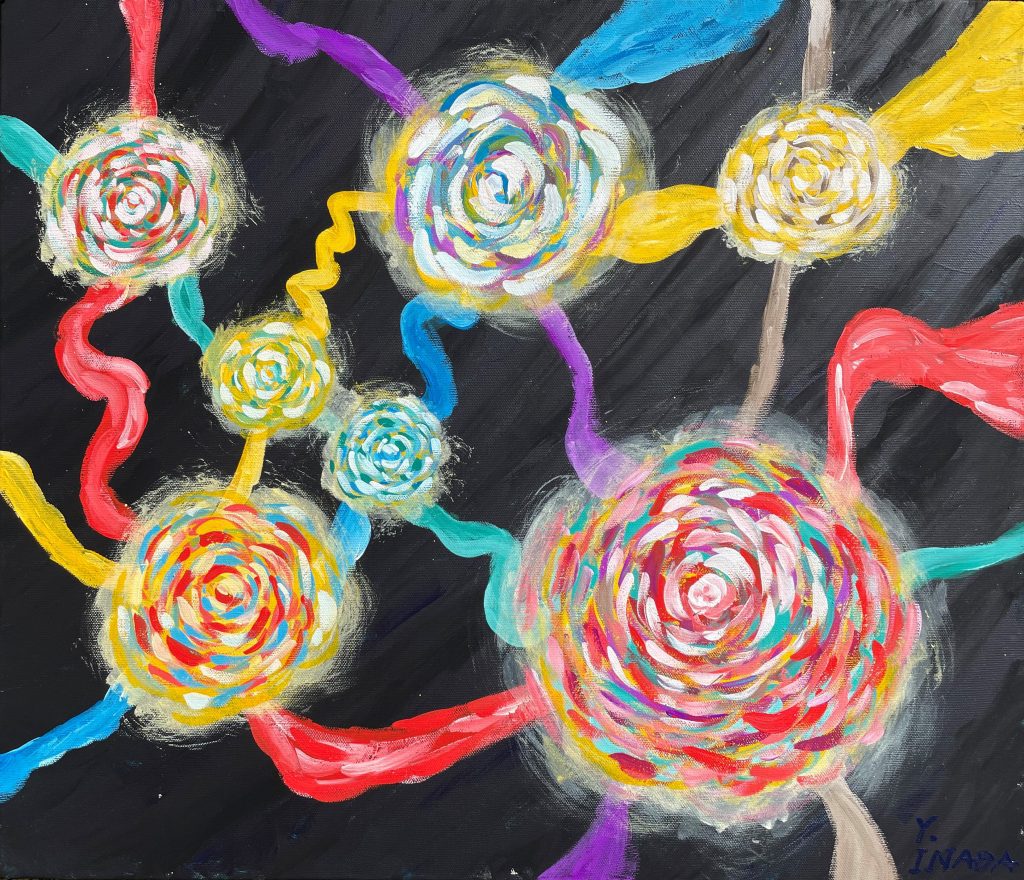 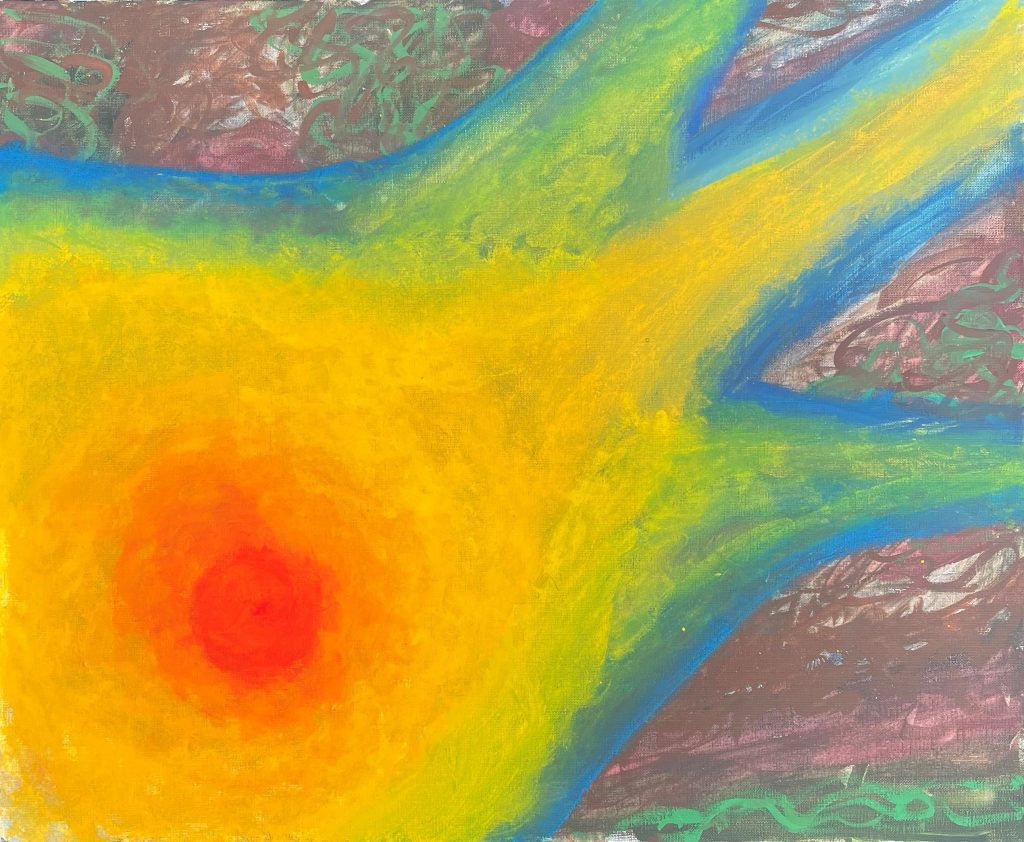 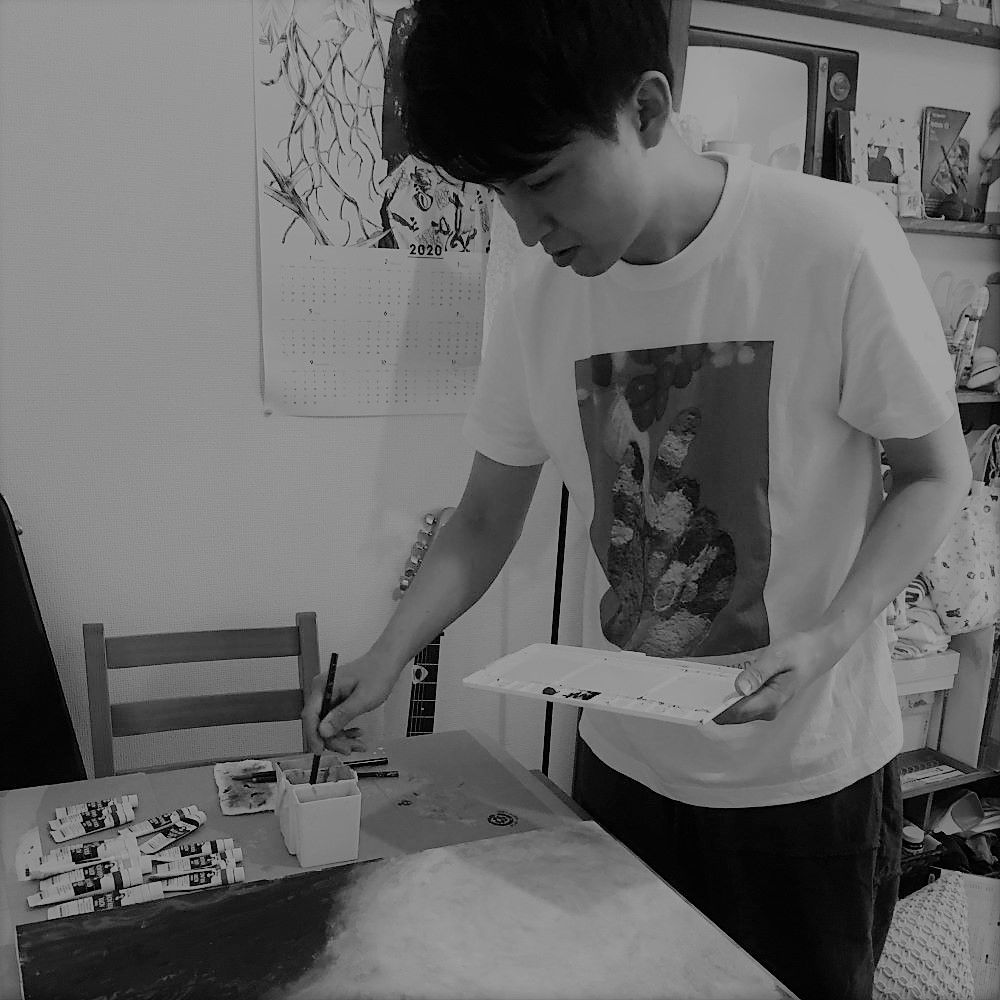 For Yukihiro INADA, creating is the manifestation of his emotions.
In the modern world, where we continue to be exposed to excessive input from the outside world, emotions, in a way, tend to seem unimportant. Feelings at the moment will disappear instantly without being acknowledged.
However, Yukihiro INADA carefully picks up these internal emotions and expresses it as it is. He intuitively understands the importance of people moving their hearts. This is closely related to the activity of mountain climbing, which he was absorbed in during his teenage years. The sun, the rain, the sound of the wind, the smell of the forest. He felt such gifts from these mountains and was touched in the heart to start moving.
In regards to his artistic activities, he puts importance on his own emotions, rather than the techniques. Because of this, his artworks contain his emotions and his feelings of others’ emotions.