The world is a treasure box filled with different personalities. So colorful!
Every single color is beautiful, and together they mutually bring out the beauty in each other.
It would be boring to mix all of them and turn them into just one color.
There are so many different colors in the world. That makes it possible for you to see your own color.
I wish you find the beauty and richness of diversity, sense the warmth of human connections, and show a little smile on your face looking at my artworks. 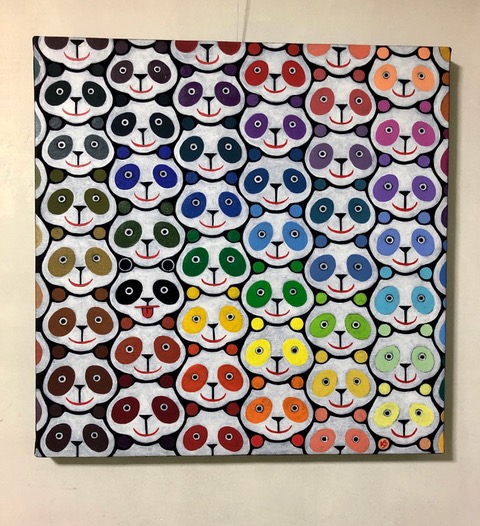 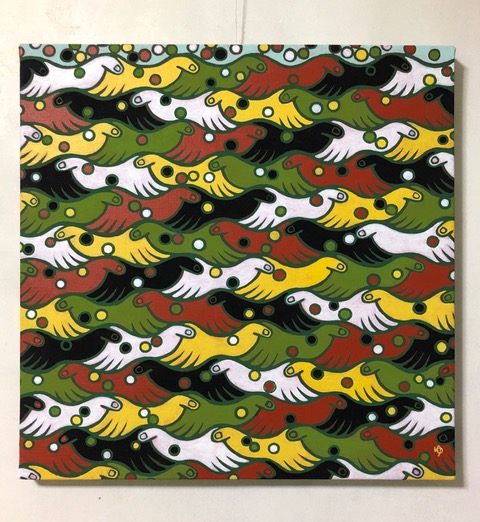 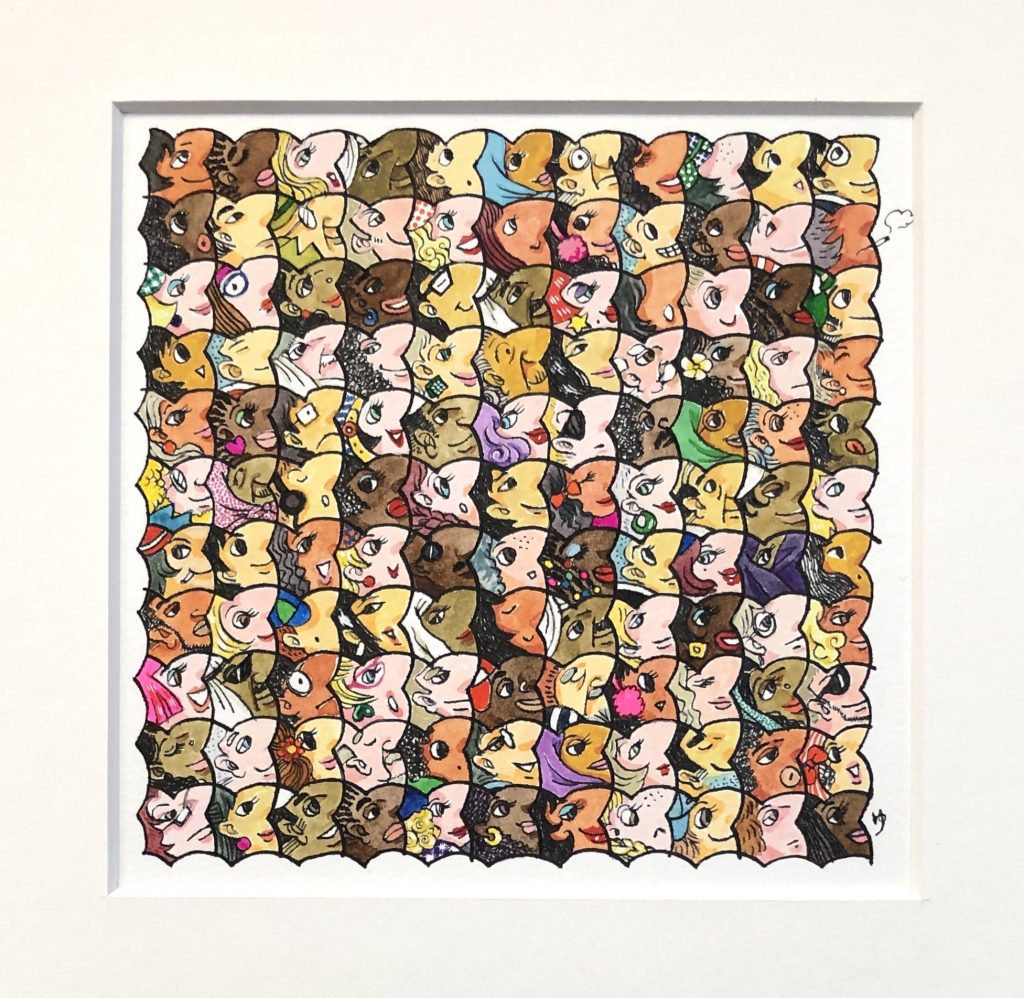 So many men, so many minds 2 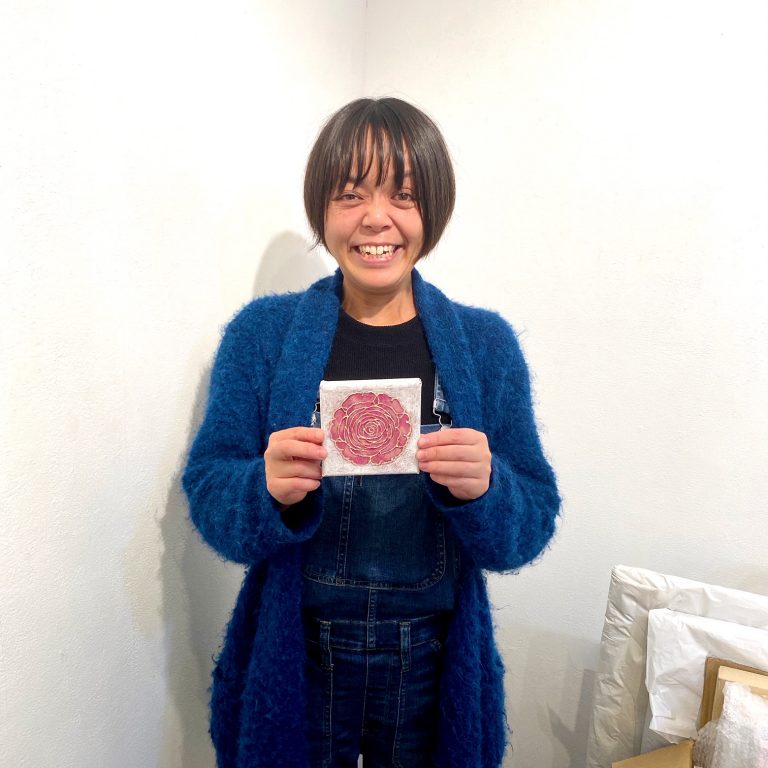 yushi sato was born in 1977 in Saitama Prefecture. After working at a flower shop, she began her freelance illustrator career and has been creating illustrations and mangas for books, magazines, and websites, as well as being an artist on the side. She has presented her works at several overseas exhibitions such as the Reddot Art Fair in Miami (2013) and Affordable Art Fair in London (2016). In 2005, she co-authored and published the illustration essay book, “タイは今日も海色” (Even today, Thailand is ocean-colored). She experienced moving often during her childhood. She realized the joy of connecting and interacting with people and places through her art expressions. Through her theme that people are not lonely and all lives are connected, influenced and harmonious, she weaves together and draws each individual shape of life and its uniqueness. She also focuses on the common knowledge surrounding race, language, time, and space and patterns that have remained around the world since ancient times. She creates with the certainty that drawing a shape is a prayer for everything. She expresses with various materials, but mainly uses acrylic. Recently, she has been experimenting with semi-dimensional expressions in order to pursue “art as nature” that blends into the living space.