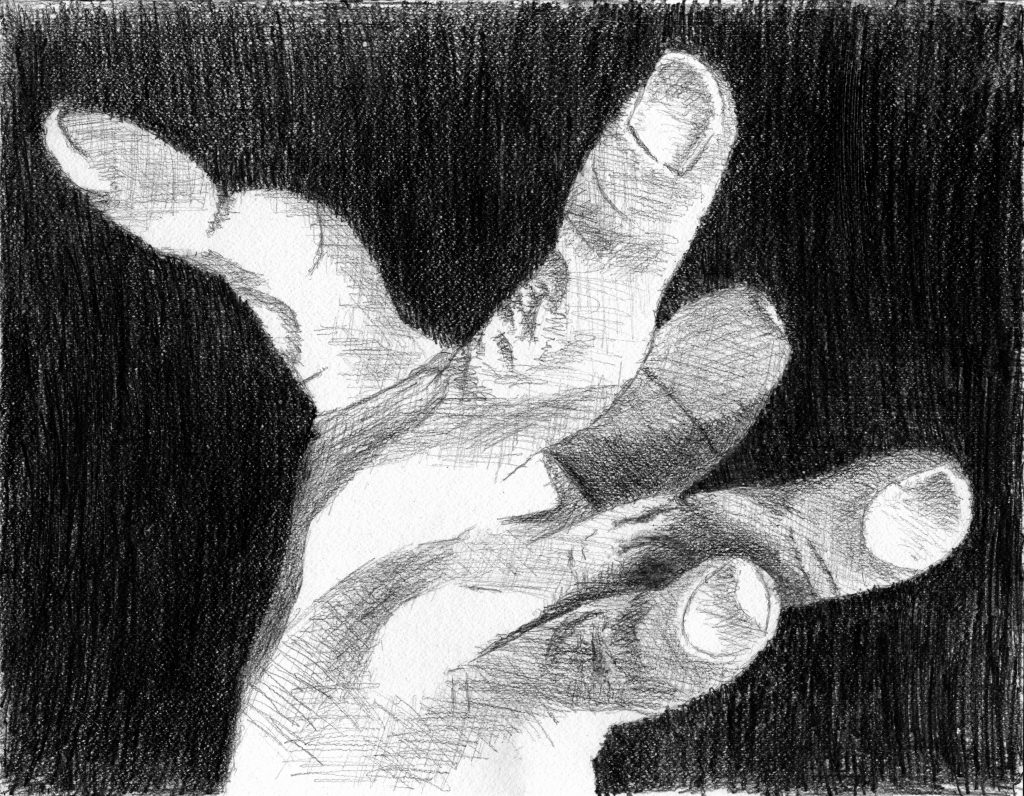 Here is my hand.
I have no intention to seek your sympathy, but I was born with cerebral palsy that disabled all my limbs. They even move against my will. I have been observing them as though they are creatures apart from myself, which brought me to the style of drawing with a brush in my mouth.

As I am nothing but grateful for what I was born with and what they brought me, I’ve wanted to create artwork confronting them one day. I decided to make the background black to highlight the main subject. The idea that there are lights where the shadows are: that’s where the title came from. 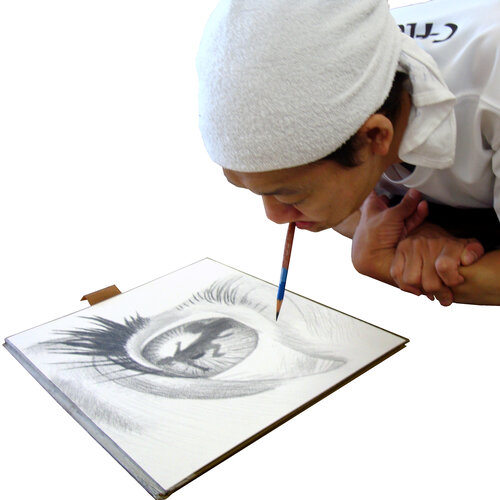