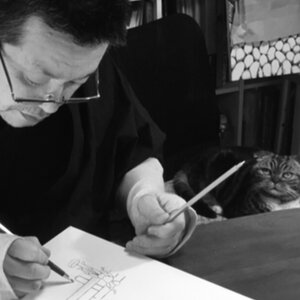 Takashi Hattori was born in Tokyo in 1970. While working as a Japanese diplomat specializing in the Middle East and North Africa, he continues to create artworks, mainly paintings. He began to work with…. Go to “The Gift” exhibition page 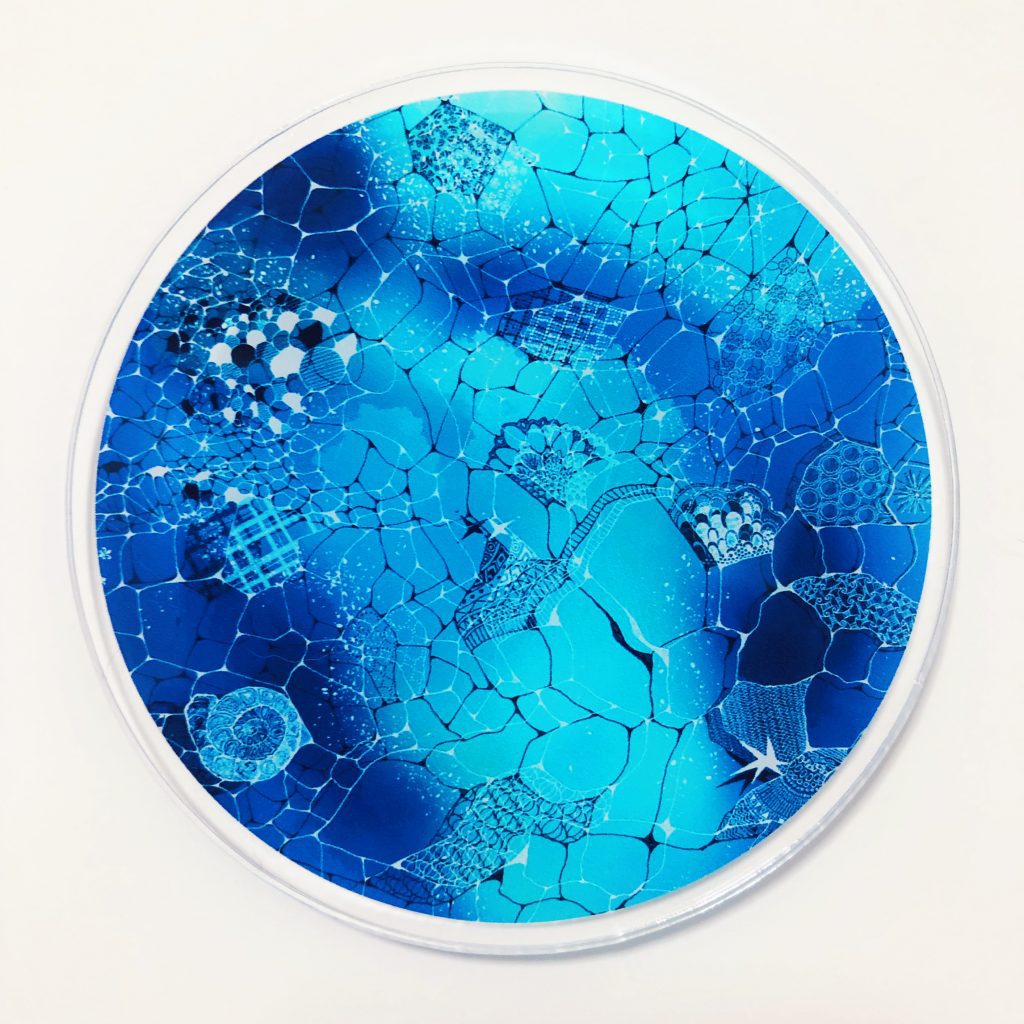 Hiro Yamamoto was born in the fishing town of Ise-Shima. Growing up overlooking the sea, she knew well how the power of nature transcended all human understanding. The voice of the sea taught her its ancient knowledge which cannot begin to be expressed in words. Driven by this voice…. Go to “Coaster” exhibition page 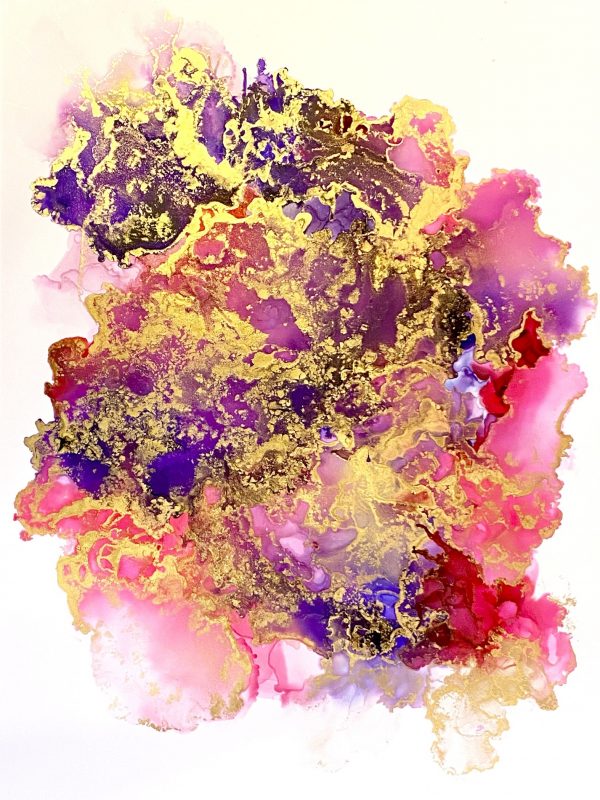 Yumi, who was born in 1980 in Osaka has always enchanted people around her with her creative sensitivity. She was an ordinary student who was not aware of her talent even though her elementary school art teacher told her to… Go to “Inspiration” exhibition page 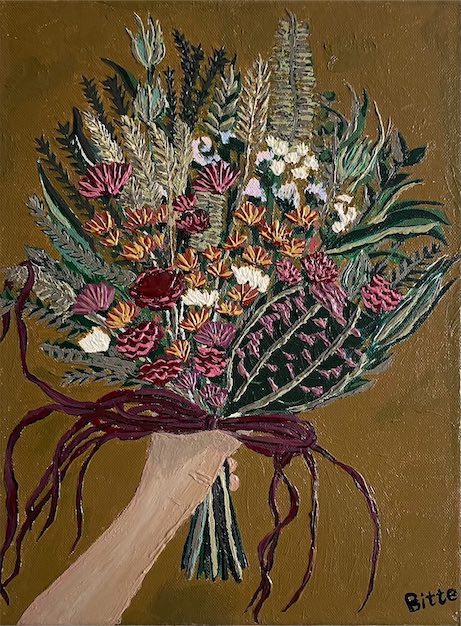 Born in Gifu Prefecture in 1990, Bitte studied German language and culture at university. “Bitte” is German for “please.” She went on to find work in the medical field as a human resources manager.  Along the way, in September 2018…. Go to Flower exhibition page 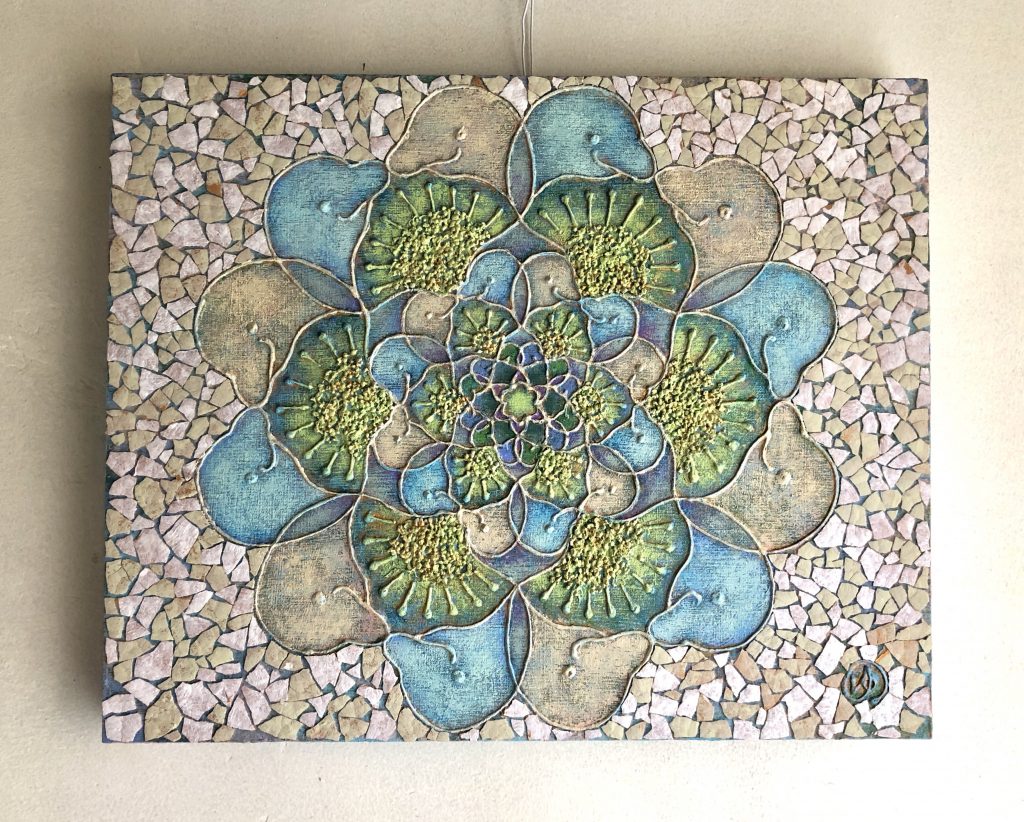 yushi sato was born in 1977 in Saitama Prefecture. After working at a flower shop, she began her freelance illustrator career and has been creating illustrations and mangas for books, magazines, and websites, as well as being an artist on the side….. Go to The Gift exhibition page 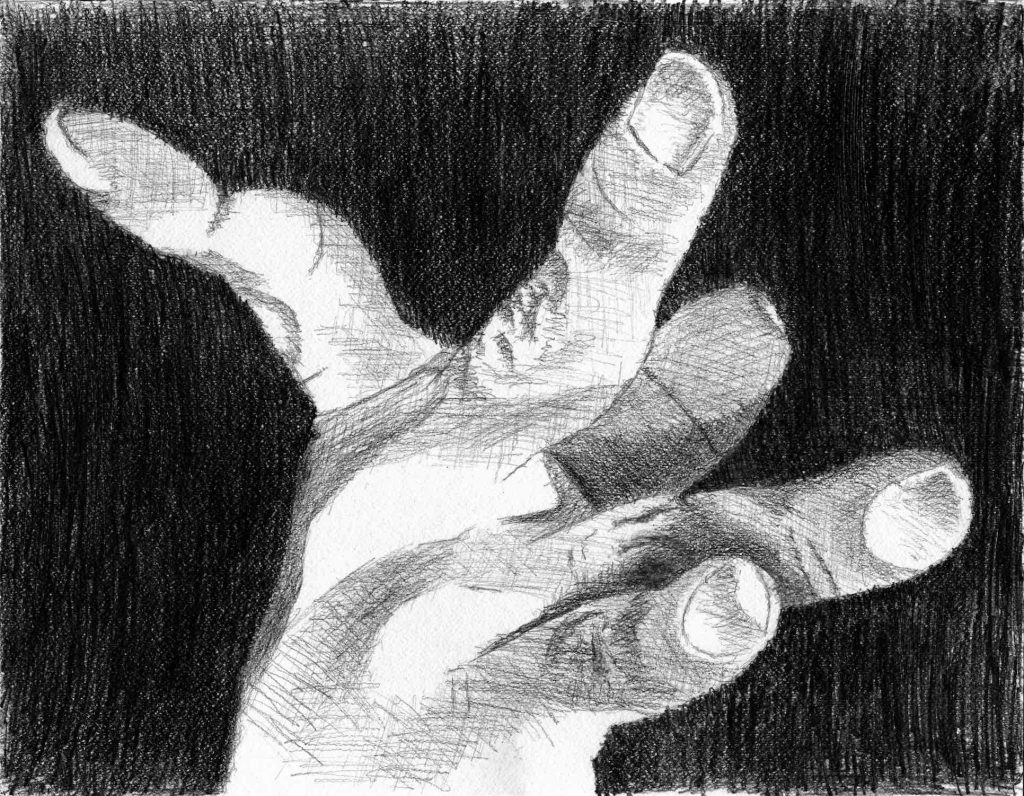 Born with both hands and both feet disabled, Ryo has written with a brush in his mouth to express himself since he was 8 years old. He tried various arts, and at 17 he started a rock band. Ryo strived to find work, but with his physical disabilities, jobs seemed to stay out of reach. So, with money that he saved from his rock band, he founded C-FLOWER, in which he is the CEO. After beginning the C-FLOWER venture, he made… Go to “COURAGE” exhibition page

Nobuyo Sakakibara is an Artist of Japanese-style Paintings living in Aichi Prefecture. Her paintings are characterized by expressions of color and a graceful style that make use of her experience of growing up in a land rich in nature. Nobuyo graduated from Nagoya Institute of Art and Design where she majored in Japanese painting… Go to “Is Trash Trash?” exhibition page 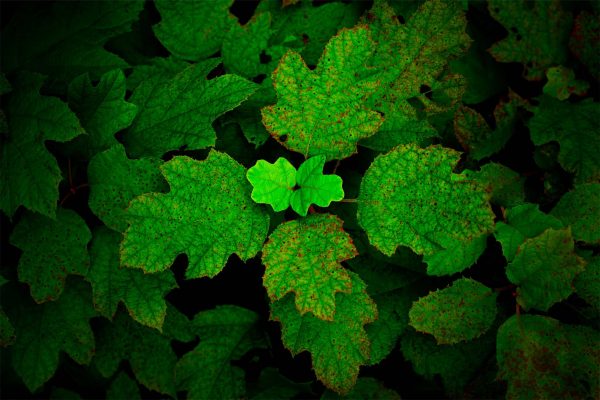 When Yosuke Kurashima was in high school, his father collapsed due to overwork. He immediately went to his father’s hospital room and there was no window, which made him sad. Because of this sadness, he bought a mountain calendar for his… Go to “LIFE” exhibition page 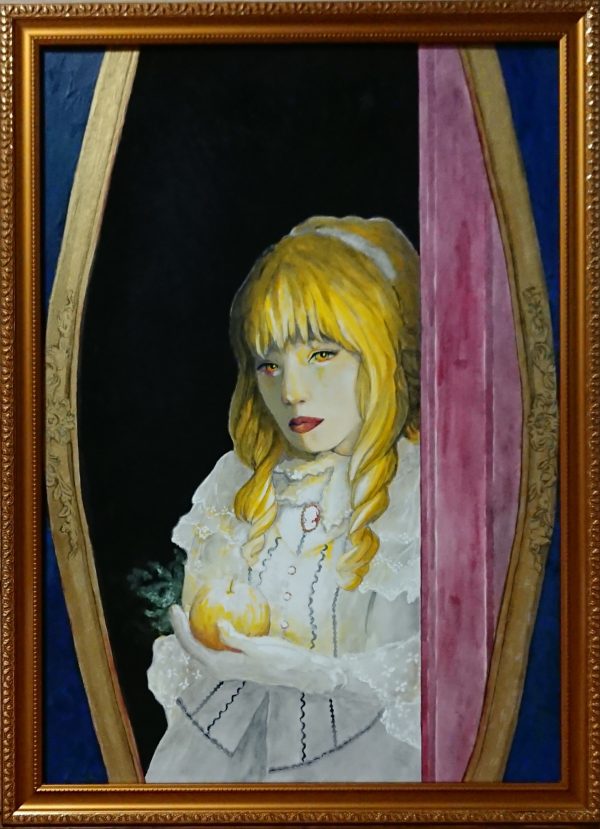 When chie looked at the pictures, she noticed that there were a lot of colors. It made her very excited. Her pictures are based on many colors making one single color. She was born in Ehime and from elementary school to high school, she lived in Yamaguchi. When she was a child, she liked to draw pictures a lot. She moved to…. Go to No exhibition page 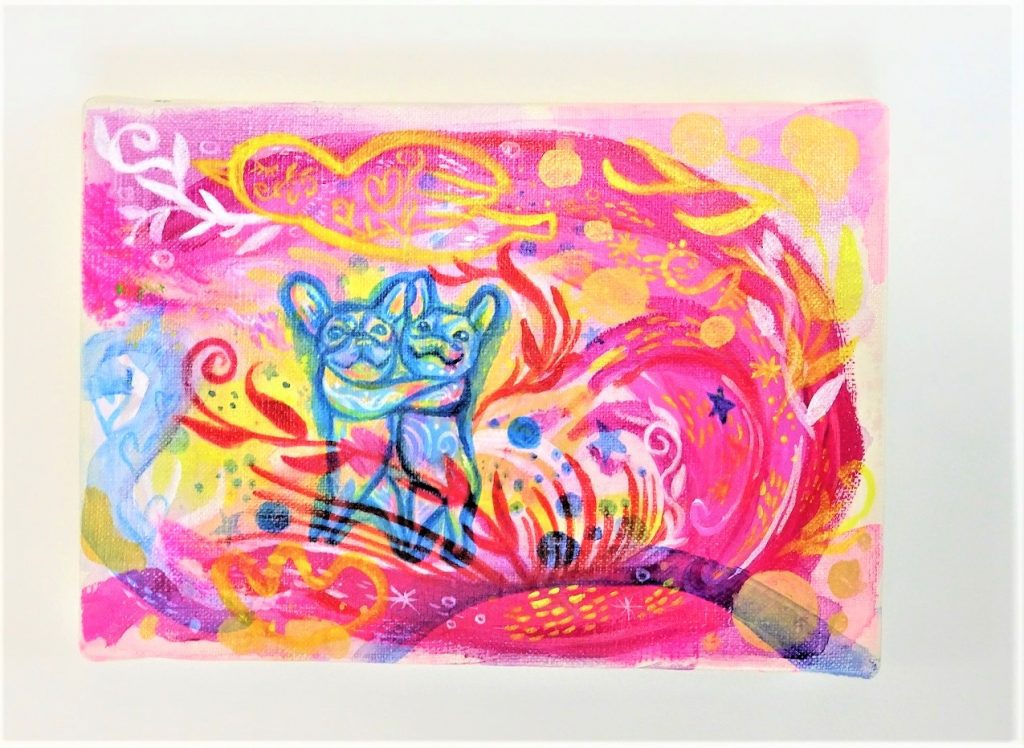 Happybulldog started painting in Hachinohe, Aomori, where she currently resides. From a young age, she was surrounded by dogs and nature. She works with acrylic paint to express both the enjoyable energy of nature and the bravery, affection, and loyalty of dogs.
She hopes that people around the world…. Go to Dream Together exhibition page 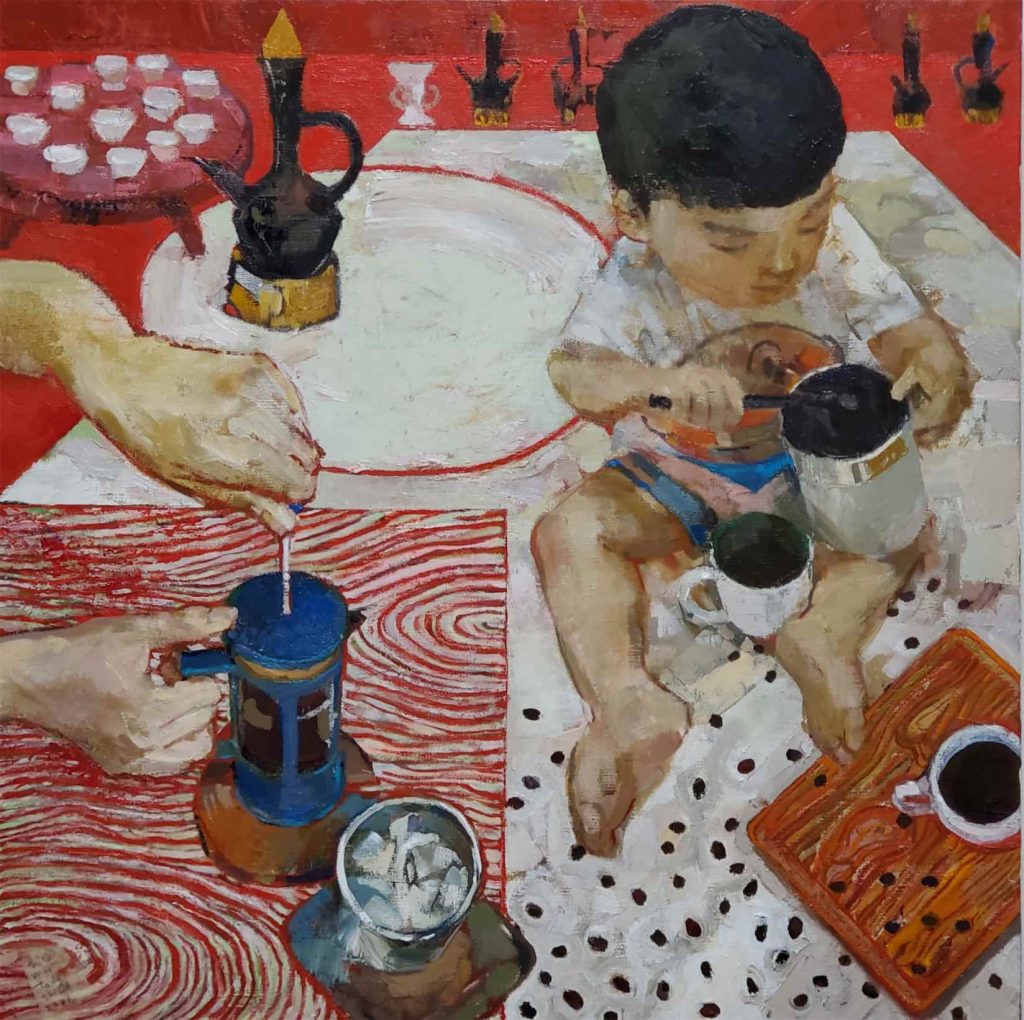 Tadashi-NISHIMORI was born in Nara prefecture. He was raised on sacred land and learned gods are everywhere around him. As if conversing with the gods around him, he started drawing when he was little.
Like giggling, he relaxes and looks at the beautiful and…. Go to “HOPE” exhibition page 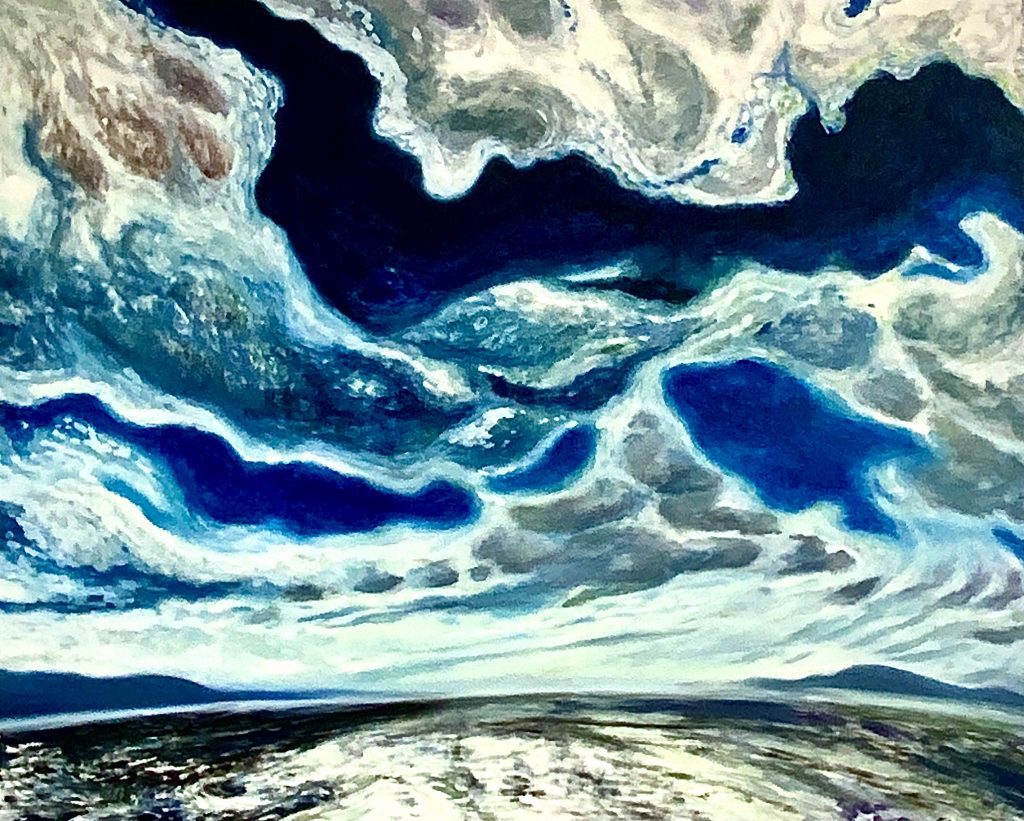 Rmoo was born and raised in Aomori. After she narrowly escaped the 1995 Sarin incident, she went abroad. For a certain time, “them”…  came out… on her artworks. It is hard to express in words. She did not have the courage. What “them” shows… is perhaps the energy waves… Go to “Summer” exhibition page 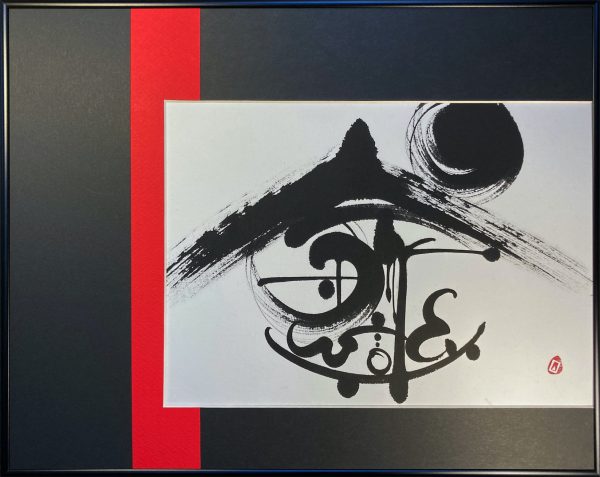 Since Ai Suzuki was young, she loved to daydream. Whenever she saw a beautiful sky or flower or bird or even a little bug, she made space for it in her imagination and made up a simple story about it to amuse herself. She also enjoyed recalling the strange landscapes she encountered in her dreams while sleeping… Go to “Home Sweet Home” exhibition page 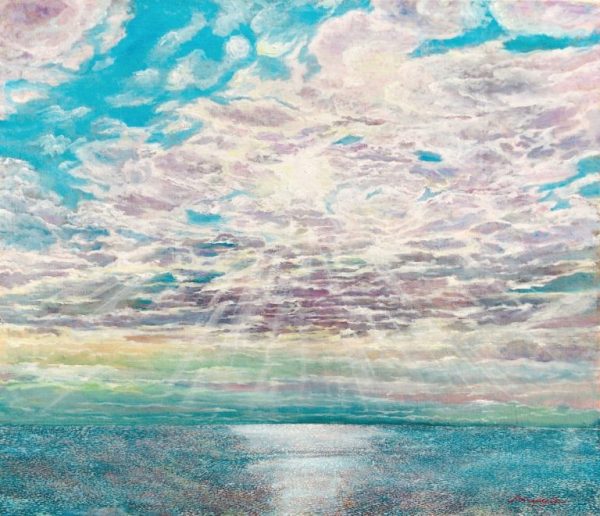 Suji Miyazaki was born in 1964 in Yamaguchi prefecture and spent his childhood in a small village facing the Sea of Japan with his fisherman grandfather. At the age of 16, he started oil painting. When he was 25, he was fascinated with the beautiful sea of…. Go to Yes exhibition page 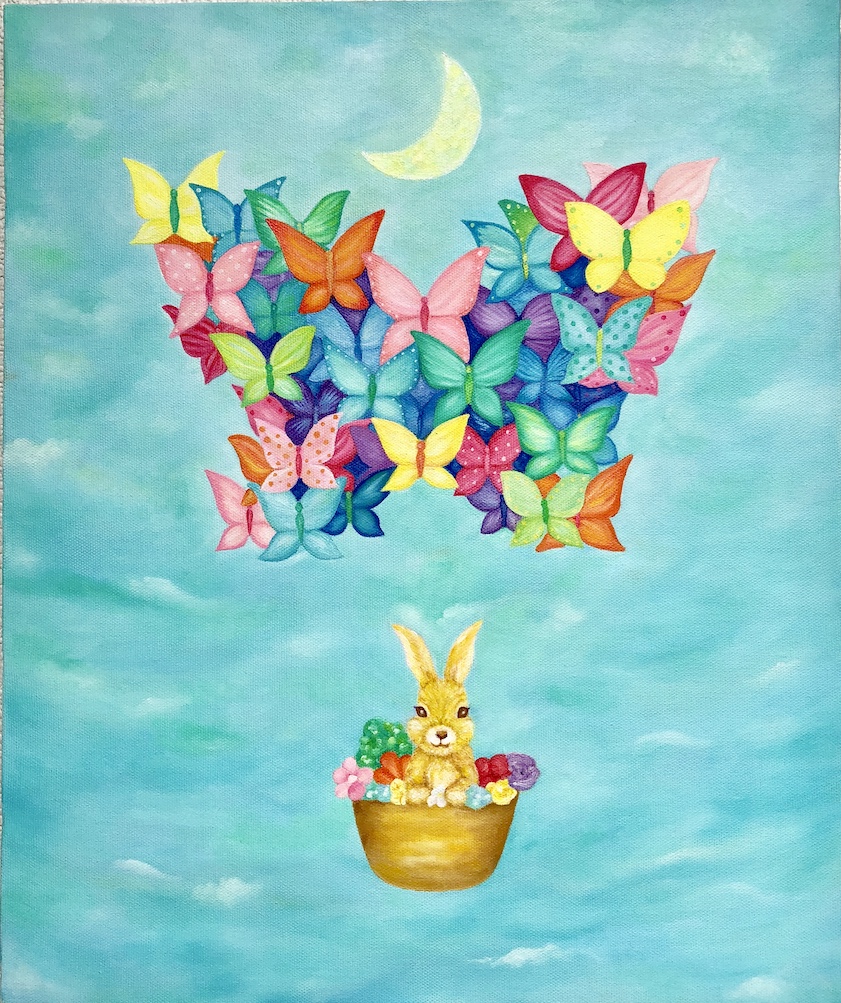 MIHO was born in Tokyo in 1971 and spent her childhood in Los Angeles. Seeing STAR WARS for the first time had a tremendous impact on her, and she came to enjoy imagining fantasies and painting them. After returning to Japan, she aspired to sing and dance, and in her twenties she performed…. Go to Thank you!! exhibition page